From incriminating parking tickets to damning digital footprints, uncover the key clues that brought these notorious killers to justice.

How do investigators piece together clues to capture serial killers? Many of the world’s most infamous serial killers seemed to live double lives, evading police for years and hiding in plain sight. We can thank modern science, arrogant behavior and simple luck for helping police take down five of the most notorious serial killers.

Dennis Rader, the BTK Killer, murdered 10 people during his 16-year killing spree. Rader was a pillar of his community and even worked at a security system company. During his murdering rampage, Rader would taunt police by sending letters with details about his killings. Thankfully Rader’s need to gloat about his sick crimes led to his capture.

Prior to his eventual arrest, the search for Rader went cold until police received a bizarre letter, asking if they could trace information off of a floppy disk. The police lied to Rader, telling him that there was no way of tracking him down from a disk. Once police convinced the BTK Killer to send them the disk it was only a matter of time before they were able to uncover that the author of the letter was named Dennis, who owned a black Jeep Cherokee and had a connection to the local Lutheran Church.

Despite the extensive circumstantial evidence, police needed more concrete proof. In a controversial move, the police obtained DNA from Rader’s daughter’s pap smear. The DNA matched evidence found under the fingernails of a BTK victim. With the combined DNA evidence and Rader’s twisted letters, police were able to make an arrest.

Once on trial, Rader gave a chilling account of his crimes and got 175 years in prison without the possibility of parole. Perhaps if Rader had not been so brazen with police, he would still be terrorizing Kansas…

Ted Bundy Was Ultimately Apprehended For Driving A Stolen Car 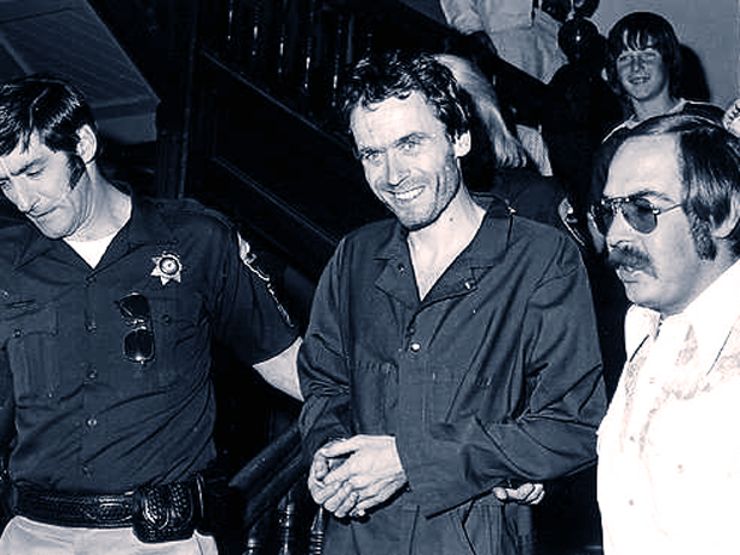 Few people know that Ted Bundy escaped from police custody two times. After killing dozens across several states, Bundy was on trial for the murder of Colorado resident Caryn Campell. Bundy was transferred to Aspen and elected to serve as his own attorney.

During a visit to a courthouse library, he escaped out of a window. Bundy was able to roam around Apsen as a fugitive for six days before a police car stopped him for erratically driving a stolen car. Bundy was put back behind bars but was quick to plan another escape.

With the help of his friend and future wife, Carole Ann Boone, Bundy was able to escape yet again. Tragically, Bundy was able to make his way to Florida, where he killed four female college students within 15 minutes. He was eventually picked up near the Alabama state line, again driving a stolen car. By this point Bundy was on the FBI’s 10 Most Wanted List.

In the end Bundy confessed to numerous homicides and remains one of the most prolific serial killers in American history. It’s gut-wrenching to think how many lives would have been saved if Bundy had not escaped prison…

Dahmer, known for molesting, murdering and eating his victims, is rightfully considered one of the most gruesome and heartless serial killers of all time. Jeffrey Dahmer prayed on young men in Milwaukee, Wisconsin from 1978 to 1991. By the summer of 1991, Dahmer was killing about one person per week.

In August of 1991, 32-year-old Tracy Edwards went to Dahmer’s home, lured with the offer of $100 in exchange for “keeping Dahmer company.” Edwards quickly noticed a foul odor in Dahmer’s apartment and spotted a 57-gallon drum. Dahmer forcibly handcuffed Edwards and held a knife to his chest, informing his intended victim that he wanted to cut out his heart and eat it.

Edwards thought fast, convincing Dahmer he wouldn’t leave and asking to be un-cuffed to use the bathroom. Edwards plotted his escape plan, punching Dahmer in the face and fleeing through the front door. Police returned to the scene with Edwards and uncovered photos of dismembered bodies in their search for the handcuff key. Even more gruesome, Police discovered a severed head in the fridge.

Upon his arrest Dahmer told police, “for what I did I should be dead.” Dahmer got his wish in 1994 when he was beaten to death by a fellow inmate while serving 15 consecutive life sentences. According to the inmate who took his life, Dahmer arranged his jail cell meals to resemble body parts and lathered them with ketchup to mimic blood.


David Berkowitz, aka the Son of Sam, terrorized New York City in the summer of 1976. In total, Berkowitz shot and killed six and wounded seven.

Prior to his arrest Berkowitz sent a series of brazen letters to the police, attaining almost celebrity status and worldwide notoriety. Adding to the chaos that infamous summer, New York City experienced a major heat wave and 25-hour blackout.

Given the killer’s tendency to target young women with long hair, many New Yorkers cut their hair and/or avoided leaving their homes. Berkowitz’s twisted killing spree finally ended on August 10, 1997 when an eyewitness came forward after seeing a man carrying what looked like a gun just before she heard shots fired.

Crucial to her testimony, the witness noticed that police were writing parking tickets on the same block where she had seen the suspected shooter. Police were able to search the through issued parking tickets and discover Berkowitz’s car.

The devoted search team, known as “Omega,” pieced together the evidence and arrested Berkowitz while he was leaving his home. Sealing his fate, Berkowitz was caring a semiautomatic rifle and admitted that he was on his way to shoot another victim when police apprehended him.

Berkowitz was eventually given 25 years to life and has yet to receive parole. And did we mentioned that he claimed demons and his neighbor’s black Labrador retriever named Sam had commanded him to commit the killings?

Israel Keyes made killing a hobby, studying famous serial killers and striving to defy the trademark behaviors of past murderers. To elude police and differentiate himself from other serial killers, Keyes avoided murdering close to his home and never killed in the same area twice.

Despite his methodical nature and high intelligence, Keyes was eventually apprehended on on March 13, 2012. Just prior to his arrest, Keyes kidnapped, robbed, raped and murdered 18-year-old Anchorage resident, Samantha Koenig.

Keyes demanded a $30,000 ransom for the young woman after creating the illusion that she was still alive — even though he had dismembered her and thrown her body in Matanuska Lake north of Anchorage. Keyes led police to him by withdrawing money from the account where the ransom money was deposited, as well as using Koenig’s debit card across the Southwest.

Despite decades of rapes, murders, arsons and burglaries, Keyes was only caught when he broke his own rules and killed near his Anchorage home. In an odd twist of fate, Keyes’ murder charges were dismissed after Keyes committed suicide while awaiting trial. Although the killer admitted to numerous murders before his death, we may never know the full extent of his crimes.

While we can rest easy that these five killers are no longer roaming the streets, imagine how many others police have yet to find…