A picture is worth a thousand words...

These days, it seems like true crime stories are everywhere. From the New York Times bestseller list to your favorite streaming platform, true crime books, documentaries, and television series have never been more popular. Then there are podcasts, where true crime shows seem to dominate the airwaves thanks to the success of favorites like Serial or My Favorite Murder.

Our fascination with real-life crime stories doesn’t end with the written word and the moving image, either. In fact, some of the most innovative, haunting, and poignant true crime storytelling around is happening in the sequential panels of comic books, which have been tackling the subject for years.

Related: 11 Horror Graphic Novels You Won’t Be Able to Put Down

If you feel like you’ve exhausted all of the intriguing true crime stories in your favorite medium—or you just want to try a tale told in an entirely new way—this roundup of graphic novels will give you a new window into crime, told by some of the most celebrated writers and artists in the business.

Crime Does Not Pay Archives

The first true crime comic book series, Crime Does Not Pay was originally published between 1942 and 1955, and, at the height of its popularity, claimed a readership of over six million. The success of the series eventually gave rise to a spate of imitators and other titles designed to cash in on the achievements of the crime comic. But such books were eventually declared taboo under the Comics Code Authority, adopted after the Senate Subcommittee on Juvenile Delinquency in 1953.

Today, these serialized tales of real-life criminals—including notorious gangsters of the Prohibition era, like Baby Face Nelson and Machine Gun Kelly—have been collected into a series of restored archival editions for those who would like to see where four-color true crime got its start… 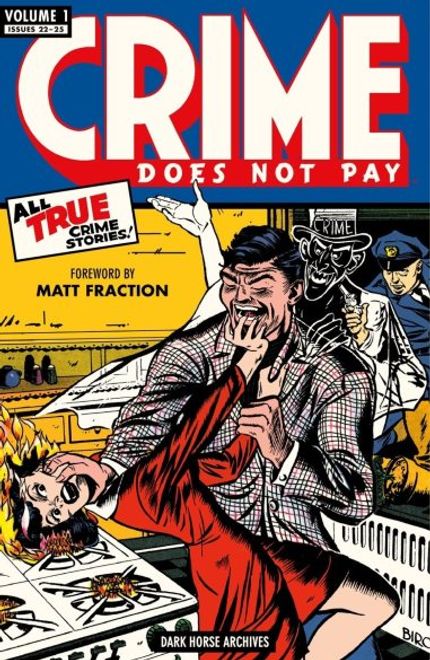 By Alan Moore and Eddie Campbell

Possibly the most celebrated true crime comic of the modern age is Alan Moore’s epic deconstruction of the mythology of Jack the Ripper, arguably history’s most famous murderer. Like all instances of Ripperology, the book is obliged to draw conclusions about the Ripper’s identity—conclusions that posterity hasn’t always been kind to.

But determining who the Ripper was is never the real draw of this expansive tome. Instead, From Hell is about the changing face of Britain and the world as the 19th century gives way to the 20th, the ways in which we mythologize serial killers, and other equally lofty and existential concerns. These themes have made From Hell a fixture of the sequential true crime scene, even long after the veracity of its conclusions have been called into question. 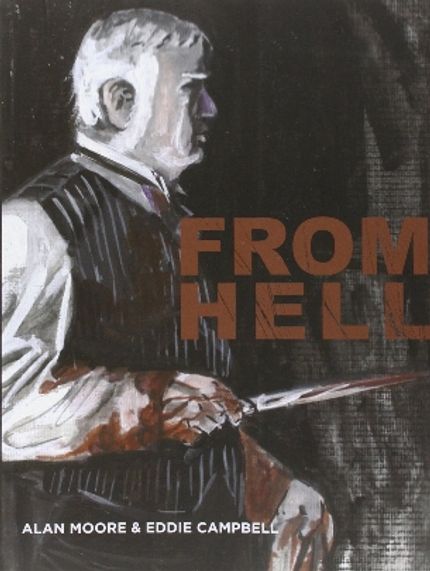 True crime stories are often told by interested outsiders, or by the detectives and other authority figures who investigated the tragedies. More seldom, a victim comes forward to tell their tale. My Friend Dahmer, which was recently adapted into the 2017 film of the same name, is something else.

Related: Before the Murders: A Chilling Glimpse into Jeffrey Dahmer’s Childhood

In it, creator John “Derf” Backderf recounts the story, not of Jeffrey Dahmer’s cannibalistic slayings, but of his friendship with Dahmer when the two attended high school together. Elements of Dahmer’s future pathology are present here, but this is less a tale of crime than it is a meditation on how a shy and awkward teenager can grow up to be a monster, and how that affects those who knew him before. 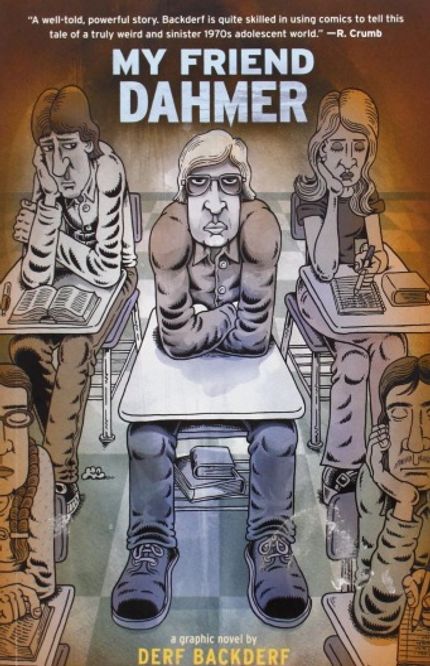 Rick Geary has made a name for himself with his depictions of real-life events, including numerous true crime graphic novels, ranging from the death of Billy the Kid to the unsolved Black Dahlia murder and beyond. He has created A Treasury of Victorian Murder, an illustrated collection of sequential tales of Victorian-era murder cases, and covered numerous other crimes. One of his most celebrated works is this volume, which focuses on the 1932 kidnapping of the 20-month-old son of Charles and Anne Lindbergh, which was described by newspapers at the time as the “crime of the century.”

Combining gallows humor with extensive historical research and his inimitable art style, Geary presents the story of the case in a way that is at once comprehensible and exhaustive, immediate and authoritative. It’s an approach that he has put to use on countless historical comics, and one that has won him innumerable fans among aficionados of sequential true crime. 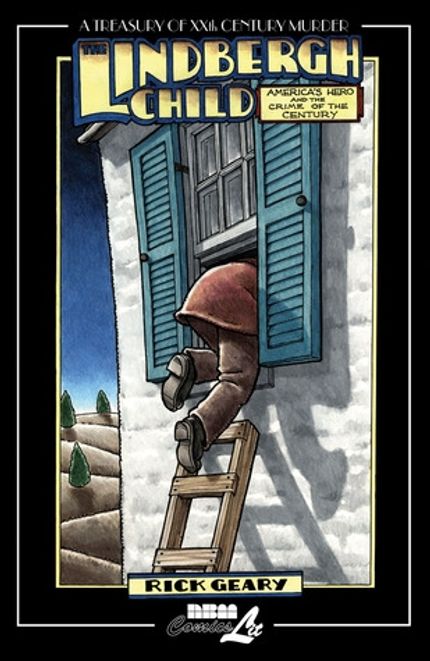 By Jeff Jensen and Jonathan Case

In the 1980s and 90s, Gary Ridgway killed more than 49 women, dumping their strangled bodies in overgrown areas along Washington’s Green River. Dubbed the “Green River Killer,” Ridgway is believed to be one of America’s most prolific serial killers. By the end of the investigation, his case was placed in the hands of a police detective named Tom Jensen, whose son, Jeff Jensen, penned this haunting graphic novel. Green River Killer recounts his father’s hunt for the killer, Ridgway’s ghoulish crimes, and the toll the case took on so many lives, in what has been hailed as “the ultimate true crime graphic novel.” 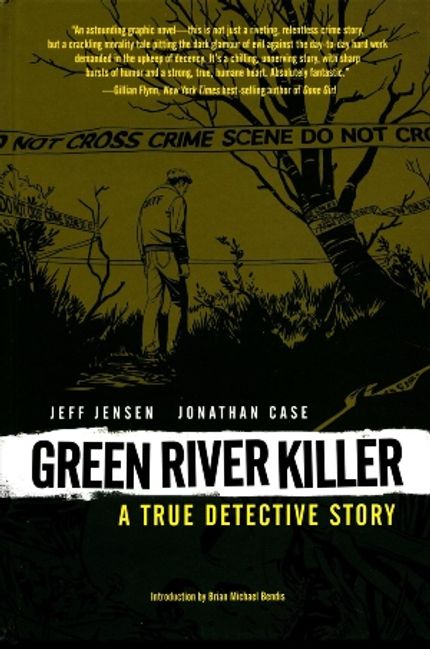 The Butcher of Paris

By Stephanie Phillips and Dean Kotz

At the height of World War II, while the Nazis occupied the city, a Parisian doctor was busy committing his own smaller atrocities. Before the end of the war, bodies were discovered in Marcel Petiot’s basement, in quicklime pits in his backyard, and even in his furnace. At least 23 victims were confirmed, though Petiot is suspected of murdering dozens more.

While the city was under Nazi occupation, Petiot preyed upon the fears of the populace by offering a fraudulent escape route for those wanted by the Germans. Instead, he slayed those who came to him for aid and stole their valuables and other belongings. During his trial, Petiot claimed that his victims had all been traitors—Nazi collaborators or “double agents”—but was nonetheless found guilty and beheaded.

In this recent graphic novel, writer Stephanie Phillips and artist Dean Kotz tell the harrowing and horrifying true story of a notorious killer during an even more notorious period in modern history. 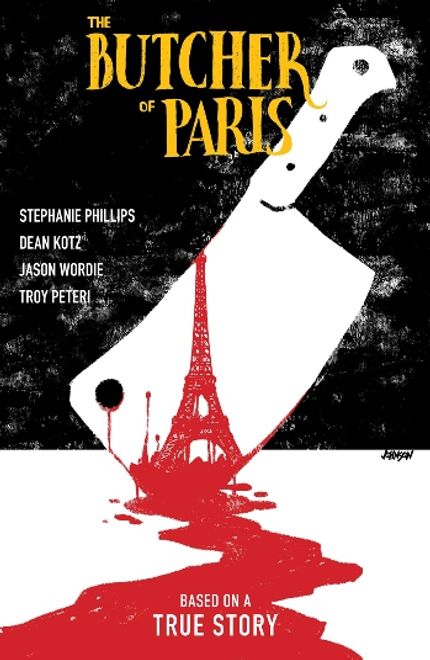 Before he became one of the biggest names in superhero comics, Brian Michael Bendis created his breakout true crime hit, Torso. It tells the story of the Cleveland Torso Murderer, who stalked the city in the 1930s and was never caught, despite an investigation by famed lawman Eliot Ness. Writing about his own hometown, Bendis made use of his access to the case files—afforded him by his position as a cartoonist for the Cleveland Plain Dealer—to research the case. The graphic novel won an Eisner Award, comics’ highest honor, in 1999. 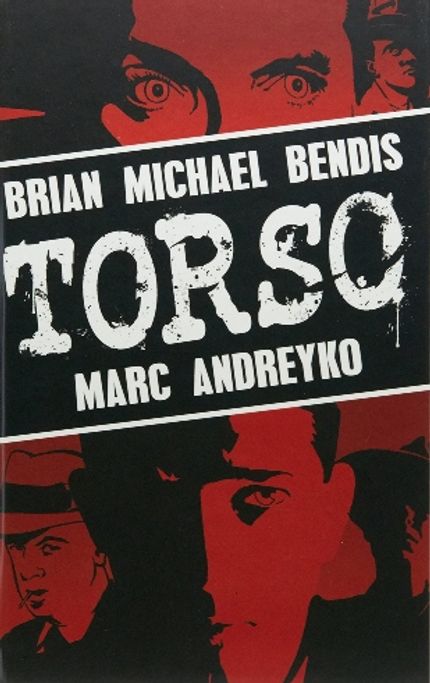 Set against the backdrop of the hunt for the Yorkshire Ripper, a serial killer who targeted sex workers in England in the 1970s, Becoming Unbecoming was published under a pseudonym. It's equal parts memoir, true crime serial, and a sobering look at violence against women—and the ripple effects that such violence can cause, even for those who aren’t directly subjected to it.

Told through a number of styles, the celebrated graphic novel took seven years to produce, and is a scathing indictment not just of those who commit such atrocities against their fellow human beings, but against a system that, all too often, blames the victims. 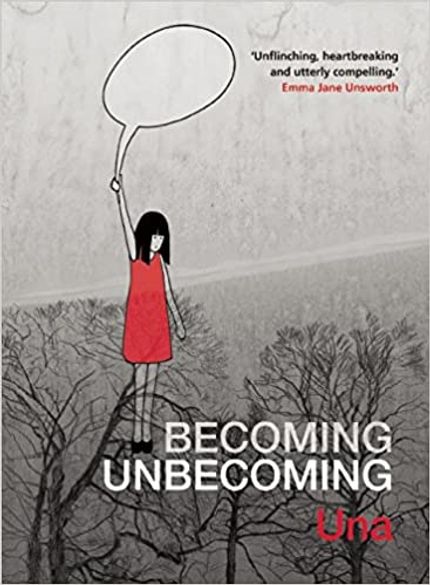 Did You Hear What Eddie Gein Done?

By Eric Powell and Henry Schecter

Legends in both the true crime and comic book worlds, respectively, Henry Schecter and Eric Powell have teamed up for a true crime graphic novel that is for notorious serial killer Ed Gein what Alan Moore’s From Hell was for Jack the Ripper—a definitive work, not just of the crimes themselves, but of the mythology surrounding them.

With Gein among the most mythologized of American serial killers—his crimes having inspired films from Psycho to Texas Chain Saw Massacre to The Silence of the Lambs—there’s plenty of material to work with. Powell brings his unmistakable style, both as writer and artist, alongside Schecter’s painstaking research to recreate the world of Ed Gein, his crimes, and their reverberations in the decades since they were committed. 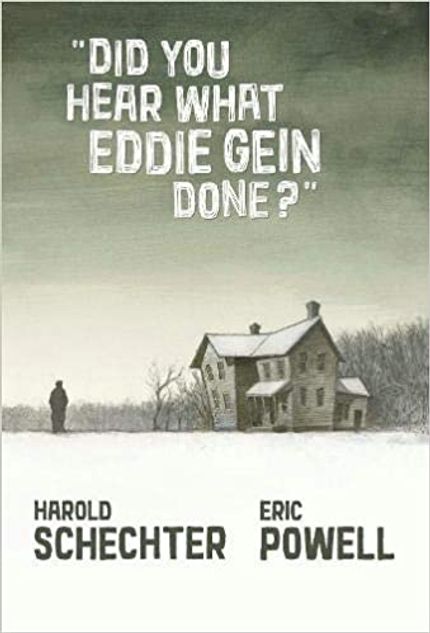