His true identity remains unknown to this day.

From August 31 through November 9 of 1888, London’s infamous Whitechapel district was rocked by a series of grisly murders. The attacks, which left at least five women dead and terrorized the residents of the impoverished East End neighborhood, were deemed to be the work of a single serial killer whose name would go down in history: Jack the Ripper.

While as many as 11 killings in Whitechapel may or may not have been committed by the same killer, the “canonical five” murders of Mary Ann Nichols (killed on August 31, 1888), Annie Chapman (killed on September 8, 1888), Elizabeth Stride and Catherine Eddowes (both killed on September 30, 1888), and Mary Jane Kelly (killed on November 9, 1888) are generally believed to have been the work of Jack the Ripper—whoever he may have been. The victims of the canonical five displayed with certainty the serial killer’s modus operandi: each was a sex worker attacked late at night in the slums of the East End, with her throat slashed and abdomen mutilated with a precise hand.

Arguably the first true crime sensation to sweep the world and inspire a media frenzy, the unsolved case of Jack the Ripper fascinates people to this day. Countless books have been written about the Ripper murders in the more than 100 years since they were committed—not to mention films, television shows, and more, spanning heavily researched nonfiction to adaptations that blend the facts of the case with the folklore surrounding it.

While “Saucy Jacky” still casts a menacing shadow across culture, questions remain. Who was Jack the Ripper and what do we really know about his reign of terror? If anyone has the answers, it may be the authors of these books. Below, discover 10 must-read Jack the Ripper books for anyone who fancies themselves an aspiring Ripperologist.

Crime author M.J. Trow has written dozens of books, ranging from a historical mystery series starring Elizabethan-era playwright-turned-spy Christopher Marlowe to a biographical book about Vlad the Impaler, the real-life inspiration for Count Dracula. Among his nonfiction works are several volumes focused on the Ripper murders. In Jack the Ripper, Trow examines the many suspects—both likely and unlikely—who have been floated over the years, in an effort to determine the true identity of the most notorious serial killer of all time. 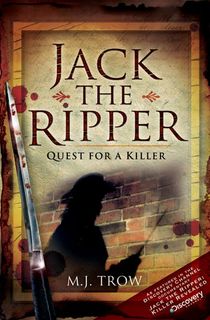 Every great villain needs a foil. Fred Wensley was a gardener from Somerset who joined the Metropolitan Police the same year that the Ripper murders began. His ingenious and unorthodox detecting methods—including nailing strips taken from bicycle tires to the soles of his boots in an attempt to silence his footsteps and catch the Ripper off guard—earned him the appellation “Whitechapel’s Sherlock Holmes.” Dick Kirby digs into the history of Wensley’s tenure on the police force and why he came to be known as the “greatest detective of all time.”

Fred Wensley was one of the detectives involved in the Jack the Ripper case, but this book doesn’t focus directly on the Ripper murders at all. Rather, it is a historical look at policing practices around the turn of the century, focused on a confounding case of murder—or maybe even accidental death—in Hertfordshire that stymied police of the time and proved to be one of the biggest challenges of Wensley’s career. This deep dive into turn-of-the-century crime will satisfy your curiosity about investigative techniques employed before the development of modern forensics. 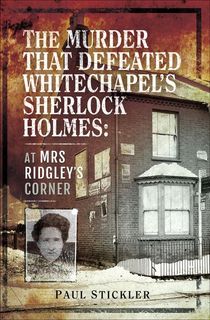 Though most books about Jack the Ripper focus on the identity of the notorious killer himself, The Five by Hallie Rubenhold focuses on the lives of the Ripper’s five victims. This revisionist work challenges the commonly held belief that the canonical five were merely sex workers, placing them in the larger social context of impoverished women during an era of stark misogyny. By focusing on the Ripper’s victims, Rubenhold repositions them away from being simple “unfortunates” to complex and three-dimensional figures with rich inner lives. These women were real people, not just the Ripper’s victims, and now their stories can be told. 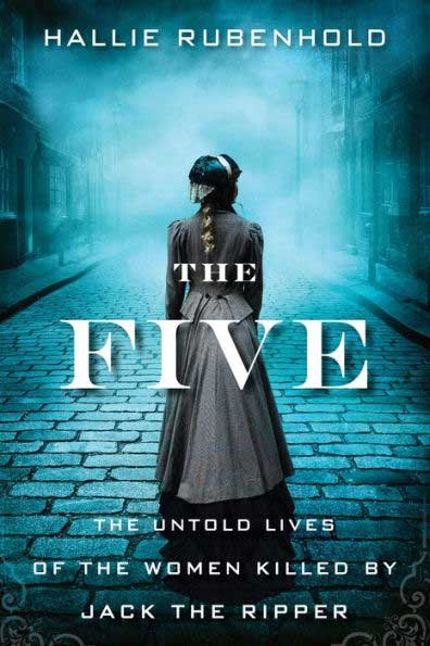 They All Love Jack: Busting the Ripper

The writer/director of the cult hit Withnail & I and the crime thriller Jennifer 8 turns his sights on the Ripper murders in this iconoclastic work of cultural history, exploring not just the when’s and how’s and who’s of the infamous murders, but the possible why’s, and pointing a finger straight at Victorian society. This is a scathing indictment of a culture mired in classism, sexism, and corruption, arguing that the true killer was right in front of the authorities all along, if only they cared to actually look for him. 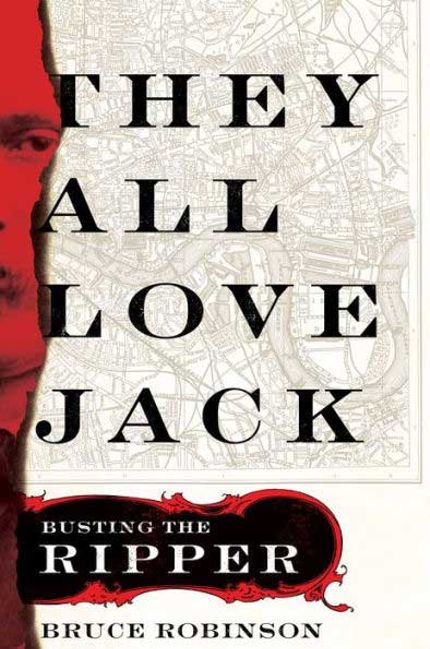 Bestselling crime novelist Patricia Cornwell has spent much of her life fascinated by the Ripper murders and pursuing her own investigations into Jack the Ripper’s identity. That quest first found its fulfillment in 2002's Portrait of a Killer: Jack the Ripper—Case Closed, Cornwell's controversial nonfiction book in which she presents the theory that British painter Walter Sickert was responsible for the brutal slayings. Portrait of a Killer was met with considerable criticism from Ripperologists as well as the British art world. Cornwell, in kind, pushed back against her critics. In 2017, she released Ripper: The Secret Life of Walter Sickert, in which the author incorporates elements from Portrait of a Killer: Jack the Ripper—Case Closed to expand on her Sickert theory. 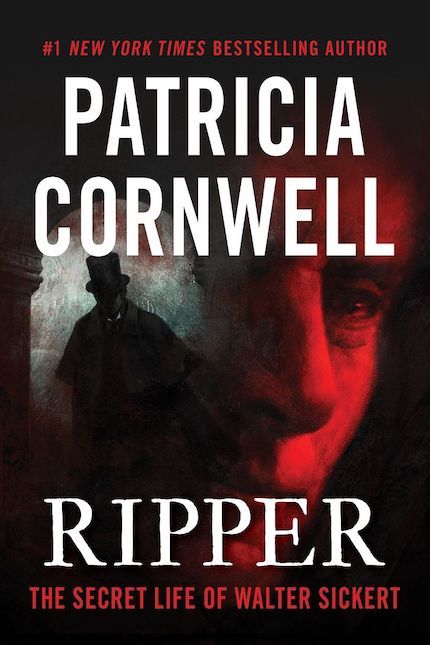 Originally published in 1975, Donald Rumbelow’s heavily-researched account of the Ripper murders was hailed as “the best yet written about the murders and the suspects” (Sunday Times). Don't worry about it being dated: since its release, the book has maintained its authoritative edge with revisions that keep readers informed of the most up-to-date theories, facts, and clues in “the greatest whodunit in history.” 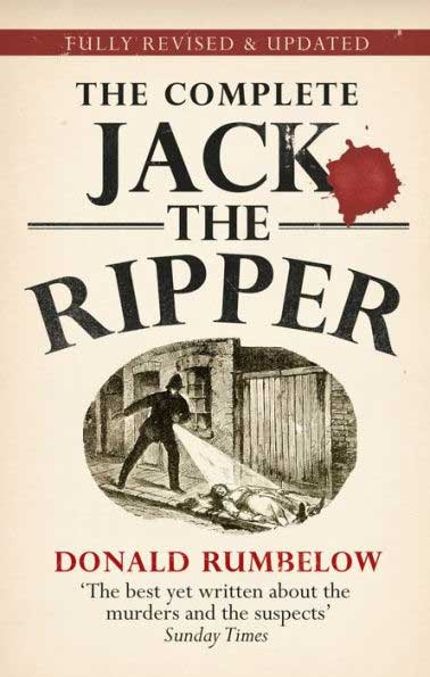 The Big Book of Jack the Ripper

For a crash course in Ripperology—or a deep dive for those who are already invested—you can hardly do better than Otto Penzler’s The Big Book of Jack the Ripper. Compiling classic stories from legendary writers by the likes of George Bernard Shaw and Peter Underwood, as well as theories by prominent Ripperologists and letters, postmortems, and witness statements from the case files themselves, The Big Book of Jack the Ripper is a one-stop shop of Ripper facts and lore. 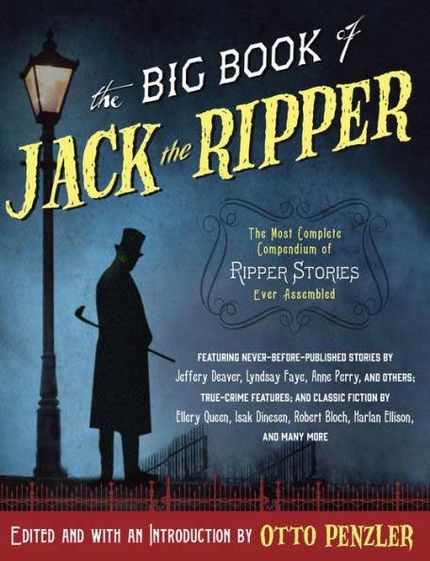 Tales of Jack the Ripper

Full disclosure: I wrote one of the stories in this book, so I'm partial to it. While most of the volumes on this list are nonfiction, Tales of Jack the Ripper sets out to examine the murders that have haunted and mesmerized us for generations through the lens of new stories by a who’s who of modern horror, crime, and weird fiction writers, including Laird Barron, Ramsey Campbell, Joe. R. Lansdale, Silvia Moreno-Garcia, and more. 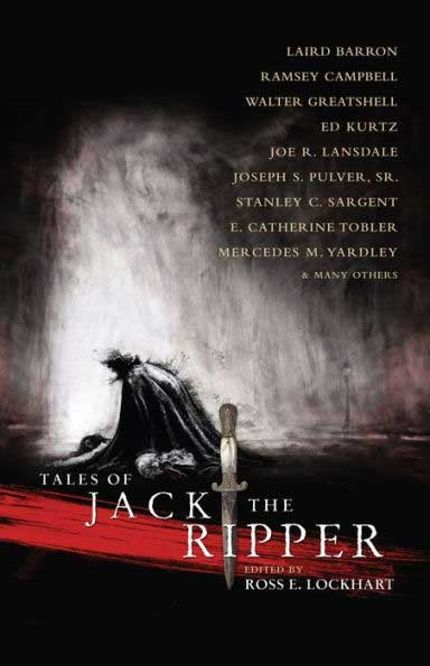 Legendary comic author Alan Moore created one of his most compelling and powerful stories when he turned his attention to the Ripper murders—crafting an epic that covers not just the killings themselves and the possible cover-ups that followed, but the world of turn-of-the-century London and, indeed, the history of the 20th century itself.

Since adapted to film by the Hughes Brothers, From Hell remains one of the strangest and most compelling Ripper stories ever written, and a reminder of why the Ripper’s legend is larger than the murders themselves. 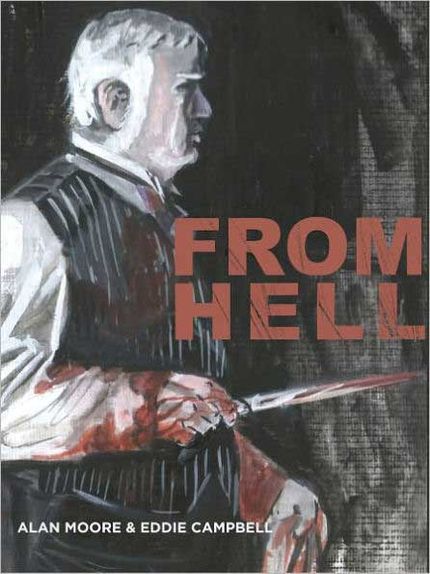