This Kind of Demon Might Be Worth the Risk of Possession

Why should demons get to have all the fun?

We are The Lineup—if you were looking for a run of the mill Valentine’s post, you’ve come to the wrong place, because today we are talking about sex demons, aka succubi or incubi—among many others. We’ve gathered everything you need to know—and maybe even a few things you don't want to know—about these promiscuous creatures. What they are. Where they come from. We'll even tell you how to summon your own. So strap in—or on—and take note, because today, we're going in deep on sex demons.

This is a complicated question that really boils down to two words: it depends. We know, the answer seems pretty self-explanatory. Sex demons are demons who have sex. But are they? Turns out, sex demons are as varied and nuanced as sex is.

There are those that sleep with you, but then kill you and steal your children. Others sleep with you and help you move into positions of power and success. Yeah, we’re looking at you Pope Sylvester II. Some enter your dreams only to torment you with increasing states of desire—before they kill you. And then there’s a few that will lure you to the water to then drown you with your desires.

The demons most people think of when they hear those two scandalous words are the succubus and her male counterpart, the incubus. But that hardly encompasses all of the ways sex and demons show up throughout various folklore and mythology.

Sex demons of various kinds have been around since the dawn of civilization. Let’s face it, it makes sense that humans would have any number of things to explain their more embarrassing or less-desired sexual proclivities.

One of the earliest possible mentions of a sex demon is out of Mesopotamia. According to the Sumerian King List—an ancient compilation documenting the city-states and kingdoms dating back as early as 6500 BC—the hero Gilgamesh is listed as an ancient king around 2400 BC. He later became deified, but in this document, his father is listed as Lilu—an ancient Akkadian word for demon. Now sure, demons have been known to impregnate women without sex—there’s a shocking amount of literature on exactly how they managed this—but Lilu has been tied through folklore and mythology to Lilith.

Related: Horror Books Based on Legend and Myth

If you’re reading this article, we suspect you’ve heard a lot about Lilith. Mother of vampires, Adam’s sassy first wife who got kicked out of Eden for not obeying, mother of demons. She’s got quite the laundry list of accusations spanning millennia, cultures, and stories. Throughout them all, she’s beautiful, vindictive, and has a thing for seducing men so she can murder them, though her preferred method varies from draining their blood to killing them with a kiss.

If you can't get enough of Lilith lore, then this paranormal romantic thriller is right up your alley. Fierce and compelling, this book follows Supernatural Wild Women as they join forces against old enemies and potential new ones. Danger lives in every shadow, threatening not only Faline, but everything she holds dear. And when their biggest allies in the war against the Hunters are captured, the Wild Women are left scrambling for support in the unlikeliest of places. 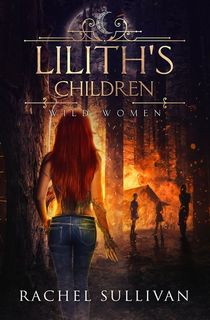 But she’s not the only sex demon on the prowl.

There’s the Lamia, prowling graveyards to wait for unsuspecting men to lure into their arms. She’s said to always satisfy young men’s sexual appetites, but it’s pretty hard to write a Yelp! review when your flesh has been devoured after the deed. Guess we’ll just take her word for it then.

Sirens can be either monstrous or gorgeous, but their voices entrance their victims so wholly that they willingly succumb to their death. In Slavic lore, the rusalka is a similar being, though they weren’t always evil. Before the 19th century, they were associated with fertility and helped water crops. But where people are involved, things eventually get weird, and after the 19th century the rusalki were known for being women who could change their appearance to whatever men desired only to drown them as they laughed. A bit brutal, but we’ve been on Tinder. We know how tough dating can be.

In Sumeria, Belili wasn’t exactly considered a sex demon at first, but she was associated with sacred prostitution. But encouraging women to have sacred sex eventually led to her partnering with Asmodeus—prince of lust—and joining in the sexual fray. Buddhist scripture talks about the Avalokitésvara, demons who will either suck your energy or sleep with you while you dream.

And finally, in Arabian mythology dating back to ancient Egyptian religious beliefs and pre-Islamic Arabia, the qarînah sneaks into the house in the form of an animal and has sex with whoever lives in the house.

Related: 7 of the Biggest Paranormal Hoaxes in History

Of course, we mentioned Gilgamesh had his father listed as a demon. Many legends and folklore revolve around women seducing men, which honestly tells you more about people than it does demons. But male sex demons do exist!

The incubus is the most well-known. They operate similar to the succubus, preying on women and pleasuring them with unnaturally large, cold penises. But the incubi were also known to be bisexual, sleeping with men and women as they night led them. They were also known for impregnating women—creating cambion children. Fun fact: one of the most well-known stories involving incubi offspring is the legend of Merlin.

In Brazilian folklore, the Amazon River dolphin was a combination of an incubus and a siren. It would shape-shift into a handsome man who charmed young women into the water. Odds weren’t great for the women though as half of them were never seen again or returned with unwanted pregnancies. A demon-avoidance pro-tip to avoid this demon is to ask him to take off his hat. Legend says he’ll have a breathing hole on top of his head.

So, there’s lots of sex and a lot of demons. Really, there’s something for everyone. Which, honestly, is very sex positive, if you think about it.

First, go to eBay. Type "haunted ring sex demon", and voilà—you're well on your way to summoning your very own personal sex demon.

Okay, so you can’t actually buy a haunted ring that guarantees you have never-ending dream sex. In fact, if you come across any haunted or possessed items promising hard-core demon sex or increased sexual prowess, we would highly recommend you do not give them your money. (But we're not stopping you from scrolling through those eBay results...just for fun.)

Word on the street says you can do a blood ritual at 3 a.m. Start by lighting a candle—it might have to be red, but honestly, the internet is a little sketch on this. Write a letter of intent to Lilith. When you’re done, repeat a chant that we are absolutely not including here—just in case—all while dripping five drops of blood onto the letter. Bing bong, you have a succubus.

Other things to consider. You’ll want to practice abstinence for a decent amount of time before attempting to summon a demon. We’re going to let you decide what decent looks like, but this does include spending any sexy time with yourself. You want all that delicious sex energy radiating off your naughty bits. It’s like catnip to these demons.

So, there you go. Everything you ever wanted to know about sex demons. Before we go, we would be irresponsible if we didn’t warn you that while this may sound like nothing but a no-strings-attached paranormal good time, sex demons have been known to cause exhaustion, poor mental health, physical illness, and even death. It’s probably easier to try dating, but what do we know. We spent all week learning about paranormal kink.