Horror Books Based on Legend and Myth

Terrors passed on through centuries.

By Kelsey Christine McConnell | Published May 25, 2021

You know what they always say: "If it ain't broke, don't fix it." Be it urban legends whispered around a campfire or myths built up from the dawn of religion, some scary stories just stay with us. While I love a unique and unexplored spook as much as the next reader, there really is something special about a new look at an old classic.

Related: 21 Creepy Mythical Creatures from Around the World That Terrify

From Slavic scares to Caribbean creeps and beyond, here are 9 terrifying horror books based on legend and myth.

Stallo come from legends of the Sami—indigenous peoples inhabiting parts of Norway, Finland, Sweden, and Russia. These giant humanoids are the focus of Stefan Spjut's chilling novel The Shapeshifters.

In the summer of 1978, a little boy vanishes from his summer cabin. His mother insists it was a giant who stole him away, but the young child is never found.

Another child goes missing 25 years later—but this time a photograph taken by Susso Myrén provides a trail. Susso has searched for years for these legendary trolls with the ability to control thoughts and shift into animal form. She knows these creatures are real, and her hunt brings her to Sweden. However, humans—some of which are of stallo blood—have protected these giants for centuries, and they will go to deadly lengths to keep them a secret. 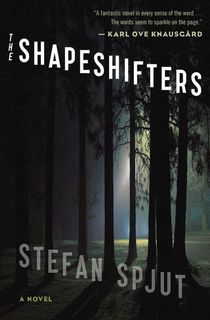 Many of us know Pan from Greek mythology as the god of nature and shepherds. Depicted as a satyr, the half-goat deity is often associated with nymphs, thus a figure heavily steeped in sexuality. Arthur Machen's novel takes an interesting approach to weaving Pan's lore into his novel.

In Victorian England, Mr. Clarke pays his friend Dr. Raymond a visit. However, his stay is preceded by great reluctance, as Raymond has been dabbling in what he refers to as "transcendental science." Clarke bears witness to an unusual procedure as the doctor makes an incision in a woman's brain, claiming it will allow her to see past her mortal world and senes into the realm of the great god Pan. On this fateful night, the surgery appears to be a failure.

Years later, a woman by the name of Helen Vaughan is rumored to be at the core of a string of mysterious and tragic occurrences. Suicides and disappearances mark a trail between London and the Americas, all in the path of this darkly sensual woman. Not out of the grip of his brush with the sinister beyond, Clarke has come to believe Helen is not of the mortal world. 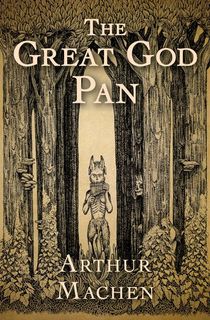 In this thrilling read, an illegal experiment tucked away on an Icelandic Island aims to create a biblical legend—the Leviathan. Scientists work to transform an ordinary and innocent creature into a terrorizing biological weapon capable of shattering steel and melting containment shields. Unfortunately, with their success comes the Leviathan's terrifying escape, seeing the creature free in a vast underground full of soldiers and scientists.

The Leviathan must never make it to the surface, for its freedom could mean the end of Earth as we know it. Those harbored away with it attempt to push back against its hellish flames and brutal claws, ready to detonate a nuclear failsafe if they can't hold the line. But what if nothing is capable of killing such a beast?

Connor, an electrical engineer, is dragged into the fray. The fate of not only his family rests on his shoulders, but of the entire world. 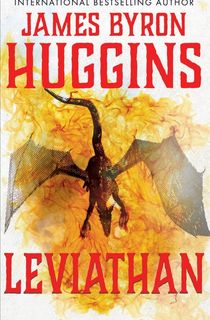 The Jersey Devil is a creature out of the folklore of the Southern New Jersey and Philadelphia areas. Believed to stalk through the Pine Barrens, this horned and winged beast hails from hell itself.

In Hunter Shea's novel, Boompa Willet not only met the Jersey Devil, but was fortunate enough to live to tell the tale. Now sixty years later, bizarre sightings and disappearances are rumored across the Devil's stomping grounds. Far beyond trying to prove this abomination is real, Boompa must return to the Barrens to vanquish it once and for all.

Related: 16 Hair-Raising Cryptid Books That Will Have You Questioning Every Little Creak

Boompa won't be alone, accompanied by four generations of his his family and all the firepower they can manage. But the Devil has his own allies—an unholy horde of mutant monstrosities. 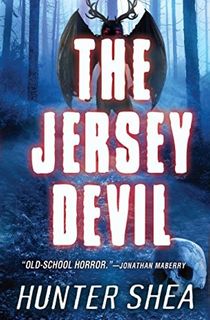 Nalo Hopkinson weaves gripping Caribbean folklore into this incredible collection of science fiction and horror short stories. Wholly unique and incredibly entertaining, readers are presented with strange tales like "Precious," where the narrator spits coins and gems past her lips whenever she tries to speak or sing. "A Habit of Waste" sees a woman post-elective surgery running into her former body. After a young woman dismisses her uneasy feelings about her new husband's superstitions, "The Glass Bottle Trick" unfolds horrifying consequences. 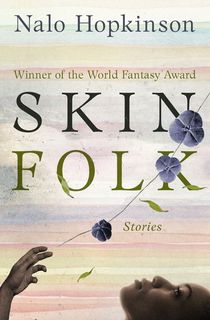 Many of us are familiar with the chilling myth of Baba Yaga. But what of other Slavic legends like rusalka, golems, and The Bone Mother? On the eve of World War II, three neighboring villages on the Ukrainian/Romanian border stand as the last refuge for Eastern Europe’s mythical creatures. But as the Night Police reign down on their homes, all these creatures of legend—from the wolf-shifting vovkulaka to the blood-hungry strigoi—are at risk of being eradicated. 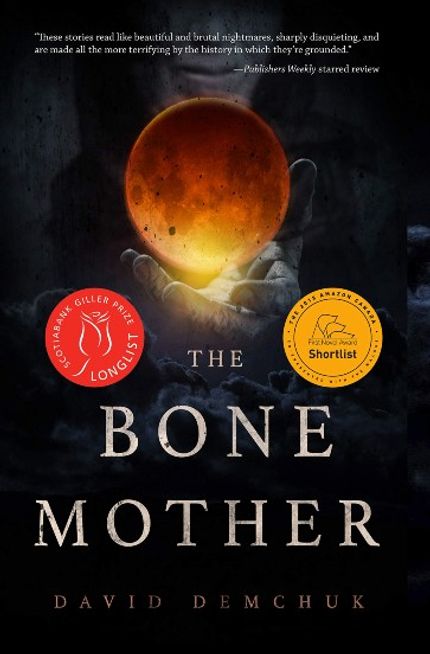 By David Bischoff and Charles Sheffield

Selkies come from Norse and Celtic mythology. Not your typical shapeshifter, they are capable of changing from seals into a human form by shedding their skin. Most of these tales center around selkie women, but this gripping horror read has another take.

Mary Willis travels from America to join her husband in Scotland as he works on a coastal village engineering project. And though she has moved her life across the sea for the man she has married, it is Jamie McPherson who fills her with an all-encompassing love. Though the pair have just met, Mary feels as though he has been filling her senses and consuming her soul for all of time. But though she waits at the ready for him always, this stranger with a dangerous beauty hides a dark nature and a horrifying secret. 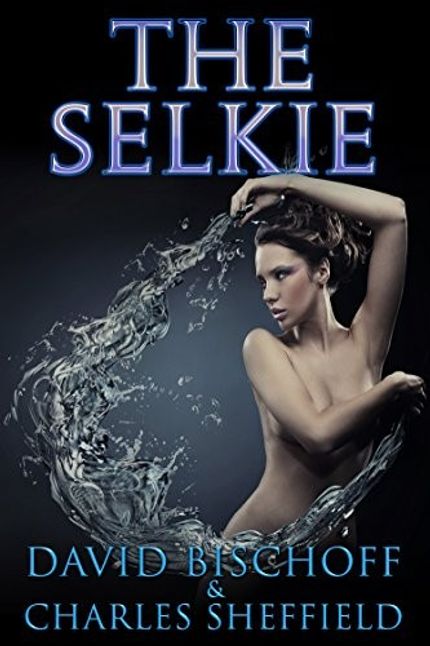 In this eerie collection of stories, 15 residents of modern Tokyo encounter one of the Yokai—supernatural creatures of japanese legend. Poetically weaving these tales of spirits on top of each other, author Zoe Drake pries away the veil of normality to give readers a look into all of the hidden truths about life and death.

From high school students to businesspeople, a bureaucratic afterlife to fuji trees bearing strange fruit—those coming face to face with death in this book will never be the same. 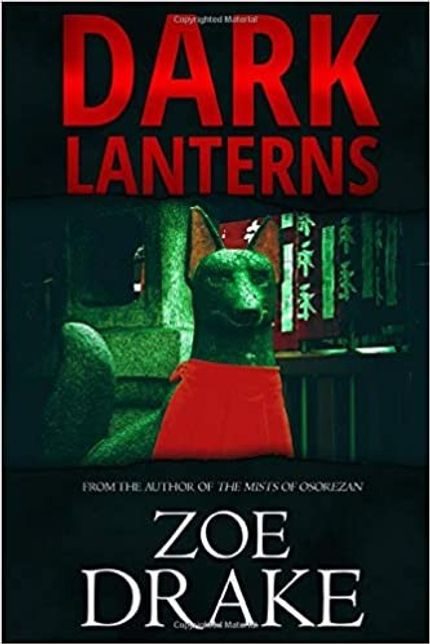 While not every story in Shane Hawk’s Anoka is based transparently on Indigenous legend, this is one book you won’t want to miss. With one story touching on the Ojibwe myth about the Spider Woman and another touching on the by now well-known creatures called wendigos, this short story collection has all the right stuff to lure in a lover of legend. But these horror tales go beyond that, weaving stories steeped deeply in Indigenous culture as well.

While the bone collectors, werewolves, and witches of these pages will delight any horror reader, the reflections on family, grief, loneliness, and identity will leave you deeply affected. 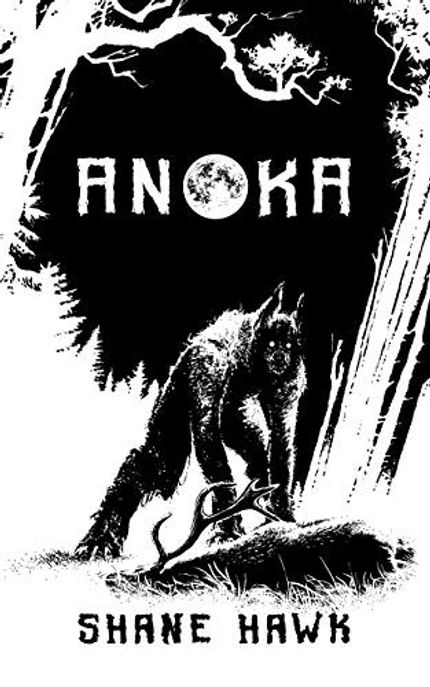