Sleep, My Child, Forever: The Mother Who Killed Her Own Children for Insurance Money

Behind the maternal facade was a cold-blooded killer whose get-rich scheme cost her children their lives.

When both of Ellen Boehm’s young sons died under mysterious circumstances within a year of each other, neighbors and friends were shocked. They wondered how Boehm had the strength to continue. But Detective Sergeant Joseph Burgoon of the St. Louis Police Department had his doubts, especially when he discovered that Boehm’s other child, her young daughter Stacy, had barely escaped death after a hair dryer fell into the little girl's bath.

Sadly, Burgoon's suspicions about Ellen Boehm proved all-too-accurate. To many, Ellen Boehm appeared a devoted mother. In truth, she was unprepared for motherhood, struggling to make ends meet, and desperate for cash. Burgoon's investigation into Boehm and her motives uncovered a sinister plot of a mother so greedy for money that she’d do anything to get it … even if it meant murdering her own children in cold blood and cashing in on the insurance money. 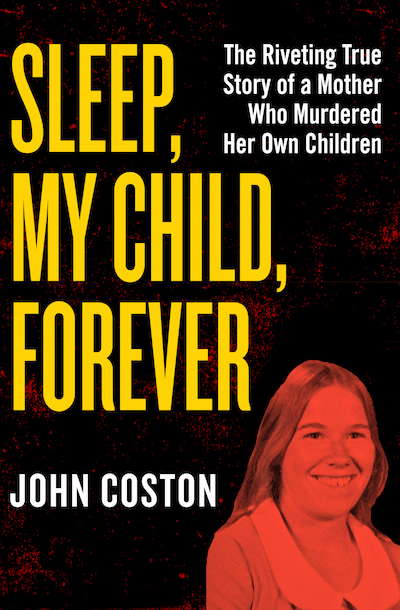 Ellen could hear the sweet echoes of child’s play coming from the bathroom. She was in the kitchen, putting away groceries, and her daughter, Stacy, was soaking in the bath, playing with her Barbie dolls. She would scrub them down and primp their hair, all the while talking in sing-song coos and whispers.

As Ellen unbagged groceries, the sounds emanating from the bathroom didn’t register as an assurance that all was well, or that another tiring day of being a single, working mother was near its end. On this rainy night, Ellen’s thoughts were pursuing a dangerous path.

As if it were nothing more than her next evening chore, Ellen left the kitchen, walking down the hallway to her bedroom. There she found the object that had been occupying her thoughts: a hair dryer. She picked it up, examining the length of the cord. Then, she plugged the appliance into a wall outlet outside the bathroom and looked in on her eight-year-old daughter.

Stacy was washing her face. Her eyes were closed to keep the suds out, but she heard something fall into the water. She splashed water into her face to clear the soap away so she could see what it was.

A 110-volt charge electrified her bathwater, and Stacy screamed. First blinding pain struck, then the sensation of something crawling all over her. She sensed that she was being pulled down into the water, but she didn’t know why. There was no one there. When she tried to get up, she couldn’t do it. She was overpowered by something pulling her down, a force she had never felt before. She didn’t know how she did it, but somehow she managed to grab the hair dryer and turn it off. She threw it out of the tub and climbed out. Then Stacy saw her mother.

“I don’t know,” Stacy answered. The words came slowly. She was still shaking all over.

Ellen daubed the trickle of blood coming from the little girl’s mouth.

Stacy’s little brother, Steve, who was four years old, had been awakened by his sister’s scream, and he now stood at the entrance to the bathroom, watching his mother ask Stacy questions, helping her get dry with a towel.

The sleepy little boy had no answer.

“I’ll get Todd. You start to get dressed.”

Todd Andrews lived down the hall. Though Ellen didn’t know him except to say hello, which was about how well she knew anyone in the building, she did know that he was a medical student. Maybe he could help. But he didn’t answer his door, and in the short time that elapsed while Ellen had gone to fetch him, both of her children had become hysterical. There was uncontrollable crying and shrieking.

“We have got to get you dressed. We have to take you to the hospital.”

Ellen shuttled them both to the bedroom, where she hurriedly began to dress them for a trip to the emergency room. Her mind was already preparing for the questions that would come from the doctors and nurses at Children’s Hospital. She knew she couldn’t tell anyone what really happened, so she prepped for an elaborate—and quite realistic—description of what happened.

“We came home from the grocery store,” she would tell them, “and I told her to take a bath, and Steve was going to go to bed. She read Steve his bedtime story and he was lying down. And we thought he was asleep. And I told Stacy on the sofa, ‘Let’s get your bathwater run, you know. I’ll help you in the tub, and if you need me I’ll be in the kitchen, putting groceries away.’

Related: 21 Chilling Horror Novels to Read on Your Summer Vacation

“She had her Barbie dolls in the tub. And she was playing with them. And as I was putting groceries in the refrigerator, putting some meat away, then I heard a scream. And I ran to them, toward the bathroom, down the hallway, and I saw a cord that was plugged into the outlet. And Steve was up and he was crying. And Stacy was. She was just in shock. She was screaming. I yanked the cord up. And, oh, my God, it was a hair dryer. I got Stacy out of the tub.”

“And Steve says, ‘I got it just to rinse the Barbie dolls’ hair, Mom. And I went in your dresser and got the hair dryer. And I plugged it in. I thought it was to dry their hair. And uh, I accidentally dropped it in the tub.’

“I didn’t see Steve come out of the room. I didn’t hear him, because I was putting the groceries away, and I was making noise putting the meat away in the refrigerator. And all I heard was her scream, and then him scream and start crying.”

As Ellen pulled the shirt over Steve’s head, then slipped on his socks and shoes, both children began to wail again. This time it was even louder than before, carrying down the hall, and now it was magnified by Ellen’s screaming back at her kids.

Joseph Rodriegquez heard the commotion. He had been taking his trash out to toss it down the chute in the hallway. He heard the mother yelling, the kids screaming, and he lingered outside in the hall until he had heard enough. Then he went back into his apartment and called the police.

Mr. Rodriegquez’s call to 911 was recorded at 11:04 P.M. He gave the dispatch officer the basic facts, and was told that a car would be around in a matter of minutes. Concerned, he then went down to the lobby of the building to wait.

Tom Leassner, a patrolman, got the call. It was 11:12 when he pulled his cruiser up to the front of the building. The address was 4720 South Broadway. He could see a man standing off to the side, and that the man was watching as a woman, with two bawling children in tow, exited the front of the building. The little girl was trying to say something. She was adamant about it.

Ellen had told Stacy that if the doctors asked her what happened, she was to say that Steven had thrown the hair dryer in the bathtub. Ellen told her daughter that she had talked to Steven, and that he said he did it because he thought she wanted to dry her Barbie doll’s hair. But Stacy knew better. She knew Steven was sound asleep. After all, she had read him his bedtime story, The Little Popcorn, and had tucked him in.”

“He was not in the bathroom. There was nobody there!”

“Officer,” Ellen addressed Leassner, “would you please call an ambulance? My little girl has had an electrical shock.”

“Alexian Brothers Hospital is just down the street, ma’am,” he said, pointing in that direction. Officer Leassner could see that the sobbing little girl was in some distress, but she was walking and talking, and arguing with her mother to boot. To this day, the officer cannot recall the incident. In the log he would record later, it would go down as a Code 80. In other words, from what he had observed, this was no bona-fide incident.

Ellen turned and walked toward her car. If she wasn’t going to get any satisfaction out of this policeman, she also wasn’t going to stand around in the rain and get wet.

Rodriegquez watched as she drove away, then he approached the cruiser. The two men exchanged a few words about the 911 call, and Officer Leassner told Mr. Rodriegquez what Ellen had said. The matter was closed.

By the time Ellen arrived at Children’s Hospital, little Stacy had settled down. She would tell it as her mother wanted. When Dr. Anna Fitz-James examined Stacy, Ellen explained that Stacy’s little brother had dropped a hair dryer into her bath. Dr. Fitz-James noted the dilated pupils and the petechia, the minute hemorrhaging on her tongue. Otherwise, Stacy was fine. Ellen was told to keep an eye on her.

“She said that it felt like something was crawling all over her when she was in the water,” Ellen offered up.

Ever since her little brother David had died, Stacy had been having nightmares about it. In the dream David was killed by a black man. It was never made clear exactly how he was killed, but it was always the same man, who wore a white hat, a black shirt, and pink pants. Stacy knew that the man in that nightmare didn’t kill her brother, because she was there when he died.

It had happened less than a year before Stacy’s bathtub scare. Her mother had found the two-year-old lying on the living room floor. When she tried to wake him, he wouldn’t stir. His face was blue and he didn’t say anything. It was Thanksgiving Day, 1988, and Stacy would never forget it.