In any given year, there are far too many exciting, terrifying, boundary-pushing horror novels to fit onto one list—and this year is no exception. There are so many exciting new horror books headed our way in 2020 that we can’t wait to read. In making our list, we made sure to highlight some of the genre's biggest names—folks like Stephen King, Ramsey Campbell, Kathe Koja, Alma Katsu, Josh Malerman—as well as championing thrilling releases from bold new voices that are going to keep us up at night this year…

From chilling new nightmares to the return of master storytellers, here are the best horror books of 2020 that we can't wait to read. 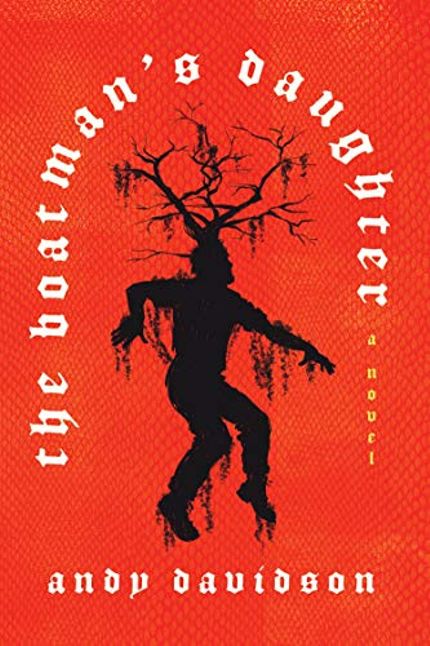 Paul Tremblay called this “lush nightmare” a “gorgeously written novel that mixed Southern Gothic a la Flannery O’Connor, backwoods noir, and the mythic imagination of Clive Barker.” Honestly, we didn’t need to hear any more for this tale of witchcraft on the bayou to become one of our most anticipated releases of the year! 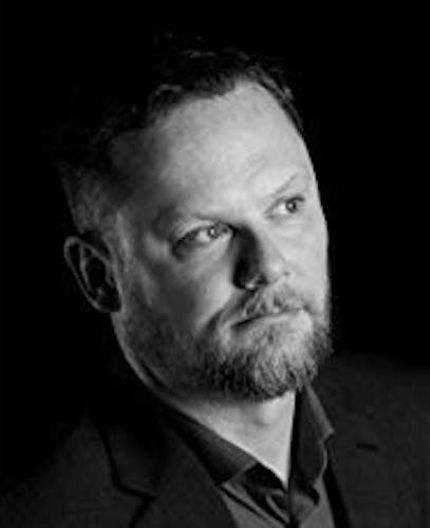 Scott R. Jones’ short fiction collection, Shout Kill Revel Repeat, was one of our favorite reads of last year, so we’re extremely excited to get our mitts on his debut novel, which promises more of the reality-bending Gnosticism and sci-fi tinged weirdness that we’ve come to know and love. When an enigmatic tech guru goes missing, it leads a jaded reporter to the edges of the world—and the unraveling of reality. And we are here for it. 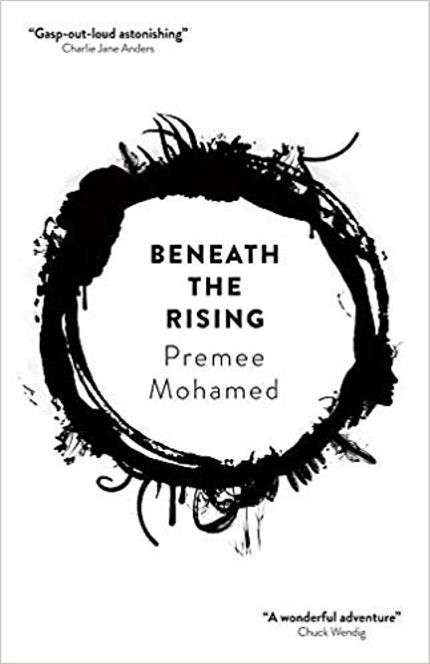 Premee Mohamed is another author we’ve come to love through her short fiction, and we’re looking forward to her coming-of-age story set during a war with eldritch horrors that’s been described as “All the Birds in the Sky meets Lovecraft Country,” which, we’ve got to admit, is one heck of an elevator pitch. 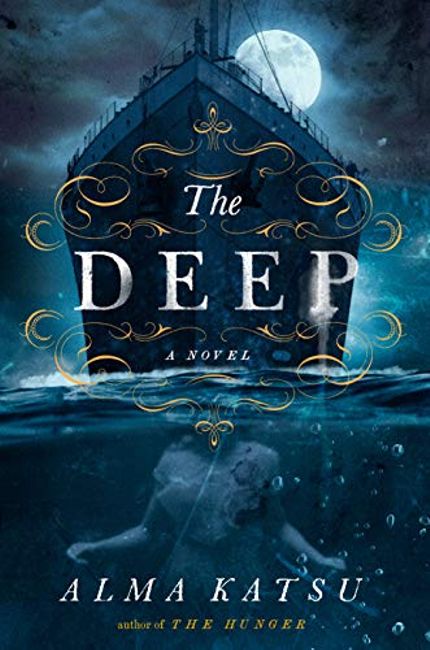 Alma Katsu made waves (pun intended) with her historical horror novel of the Donner party, The Hunger. Now she has set her sights on the sinking of the Titanic with a spooky story about doomed boats. We ate up The Hunger (pun once again intended) and we can’t wait to sink our teeth into this newest novel. 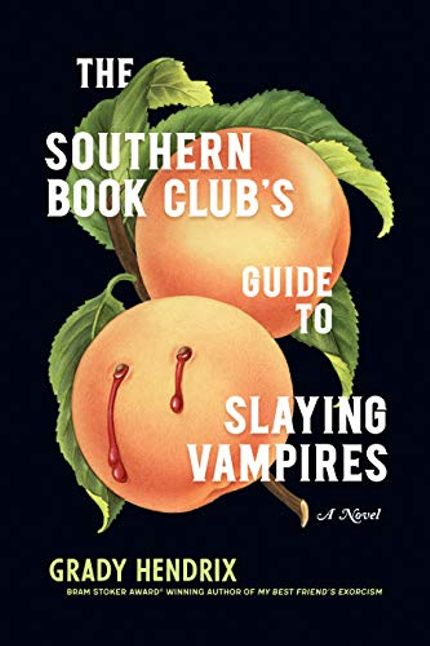 Over the past few years—since the debut of his first novel, Horrorstör Grady Hendrix has become one of horror’s rising stars, a position that was only cemented when he released Paperbacks from Hell, a loving nonfiction tribute to old horror paperbacks which has transformed into something of a cultural phenomenon and even cottage industry. His latest novel has been described as “Fried Green Tomatoes and Steel Magnolias meet Dracula”—though, from that vampire-next-door synopsis, we might substitute Fright Night. 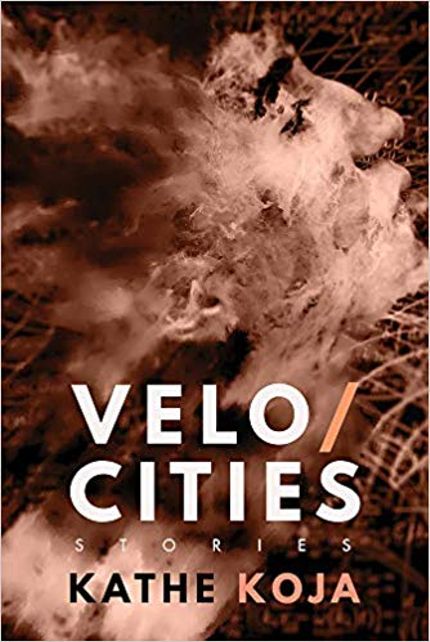 Kathe Koja is a living legend in the field, and her 1991 debut The Cipher is one of the best horror novels you’ve probably never read. She has dipped in and out of the genre over the years, with works like her masterfully strange period drama Under the Poppy in 2010, but 2020 sees a rare treat in the release of a new collection of short horror stories from Koja—the first we’ve had in a while. 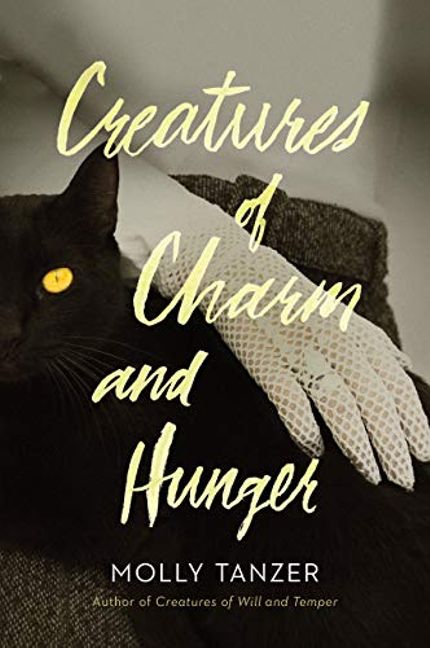 Creatures of Charm and Hunger

While it’s technically the third book in Tanzer’s Diabolist’s Library series, Creatures of Charm and Hunger sounds like it can be read entirely on its own, and its logline is to die for. We’ve got Nazi diabolists searching for a “demonic superweapon” in a “secluded castle” in the final days of World War II—and two Allied diabolist friends who will find themselves opposing them. What could be a better setup for a great novel than that?

Creatures of Charm and Hunger 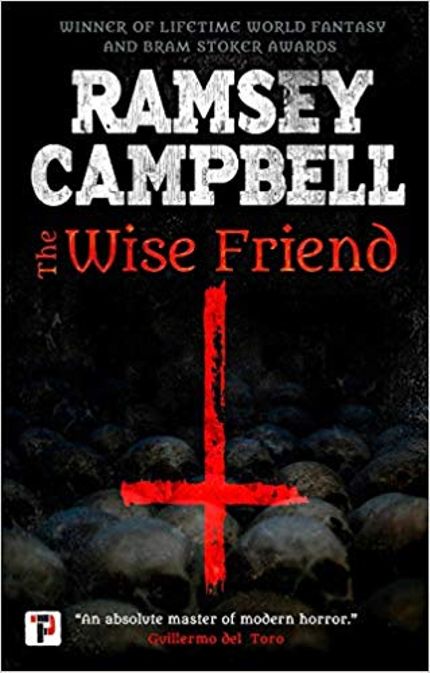 Bram Stoker Award-winning author Ramsey Campbell returns this year with a tale of slow-burn occult terror. Growing up, Patrick Torrington admired his aunt Thelma while also sensing the darkness that surrounded her. She was a successful artist who experimented with magic and whose later works explored the occult. As an adult, Patrick discovers Themla's old journal, which documents her journey into the occult. While the journal unsettles Patrick, Patrick's Son Roy is transfixed—and soon launches his own investigation. 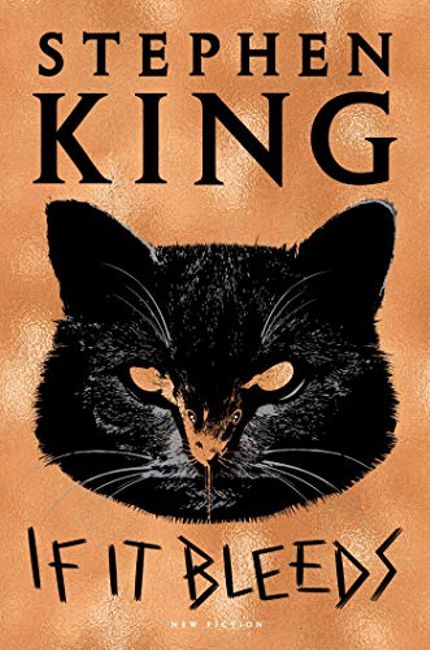 Stephen King is on a tear, and the horror master shows no signs of slowing down in 2020. In addition to new adaptations of The Outsider and The Stand hitting the small screen this year, King's also set to release a new book. If It Bleeds collects four novellas—Mr. Harrigan’s Phone, The Life of Chuck, Rat, and the title story, If It Bleeds. King's proven himself a master of longer short fiction; The Body inspired Stand By Me while Rita Hayworth and Shawshank Redemption inspired Shawshank Redemption. These fresh tales are sure to pull you into strange and terrifying new worlds. 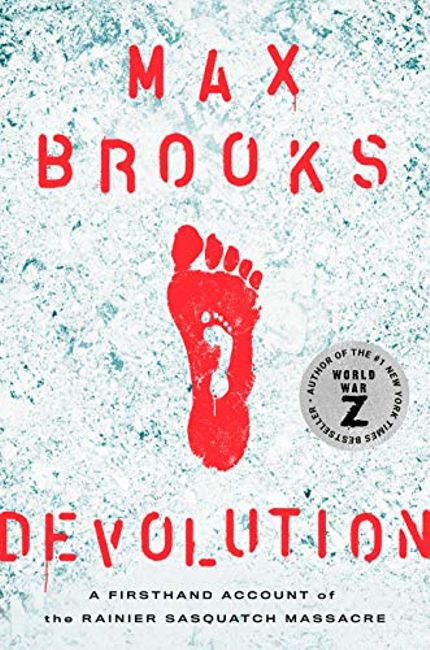 Devolution: A Firsthand Account of the Rainier Sasquatch Massacre

You likely know Max Brooks as horror's resident zombie expert and the author of World War Z. In Devolution, he takes on a different breed of lurching creature: Bigfoot. Blurring the line between human and beast, fact and fiction, science and horror, Brooks's upcoming release promises one weird and wild ride.

Devolution: A Firsthand Account of the Rainier Sasquatch Massacre 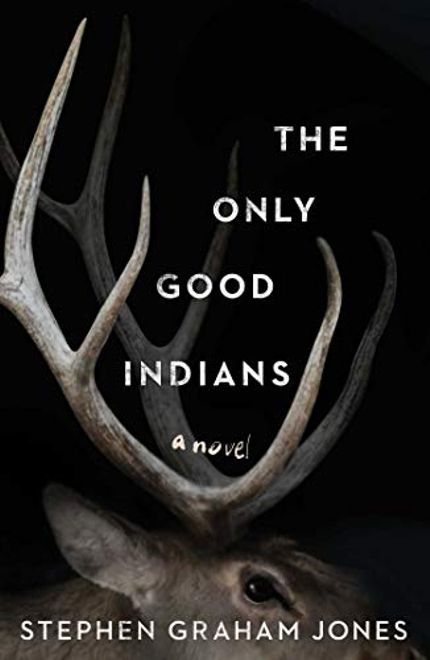 Anything new by Stephen Graham Jones is going to be good. That’s just the way it is. Jones has made a name for himself as one of the best, most heartfelt, and most visceral writers working in horror today—and he earns it anew with each new book. His latest sounds like one of his best, as he transmutes his love of slasher films into a harrowing tale about four friends and an elk hunt that went terribly wrong. 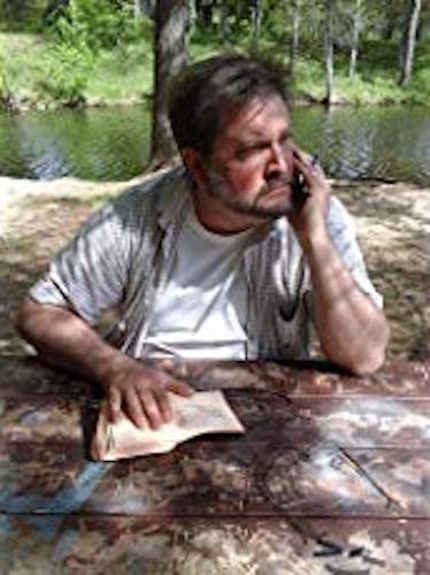 Children of the Fang

A new collection by John Langan, author of the modern weird classic The Fisherman, is always going to be cause for celebration. Langan is one of the best short story writers in the game—and his short stories often tend more toward novella length. This new collection coming from Word Horde is wrapped in mystery for now, but the book is tentatively set for an early summer release. Its title comes from a short story of his that initially appeared in Lovecraft’s Monsters, edited by Ellen Datlow, so we can certainly expect that some Lovecraftian shenanigans are in store.

Children of the Fang 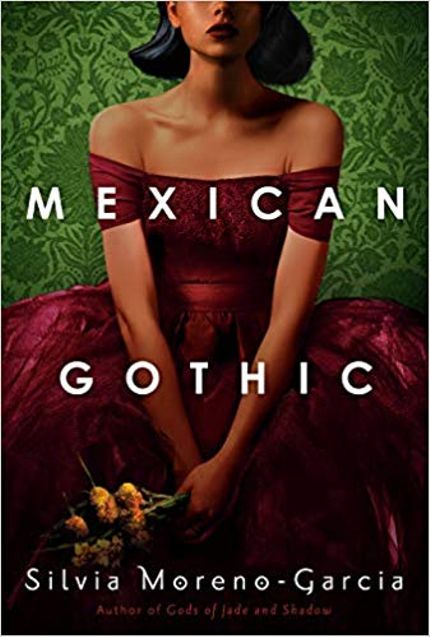 Never one to let herself be hemmed-in by genre fences, Silvia Moreno-Garcia’s novels include stories about people who cast spells using records, vampire narcos, a road trip with the god of death, and a fantasy of manners featuring telekinetic powers in the belle epoque. Her latest is a “reimagining of the classic gothic suspense novel” set in an “isolated mansion in 1950s Mexico.” That’s all we needed to hear. 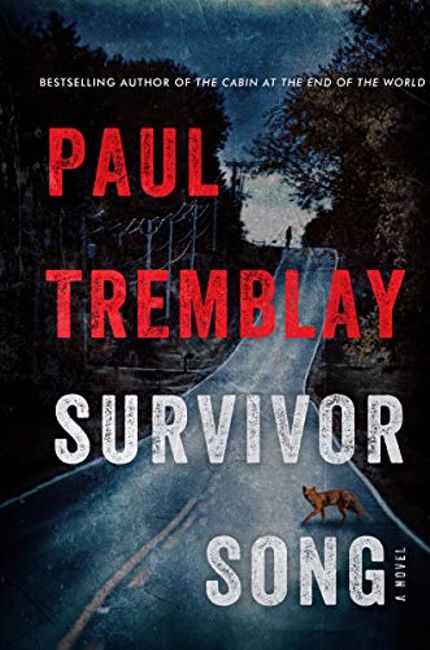 Following the release of his 2015 novel A Head Full of Ghosts—which is currently being developed as a film by Oz Perkins—Paul Tremblay has become one of the biggest names in horror, and his collection, Growing Things, was one of our favorite releases last year. A new Tremblay novel is always exciting, and with Survivor Song, Tremblay seems to have set his sights on the modern zombie narrative, with his tale of a rabies-like virus that spreads with unstoppable speed.

Related: A Family Dinner Gets Terrifying in A Head Full of Ghosts

Thanks to his 2014 smash horror hit Bird Box and the record-breaking 2018 Netflix adaptation starring Sandra Bullock, Josh Malerman is a leading voice in horror. He's also no slouch, having released a number of novels, novellas, and short stories in the wake of his horror novel debut. This year, he returns to the post-apocalyptic world he conjured in Bird Box with Bird Box's sequel, Malorie. Grab your blindfolds and get ready.

Related: Here Are the 50+ Best Horror Movies on Netflix You Can Stream Tonight 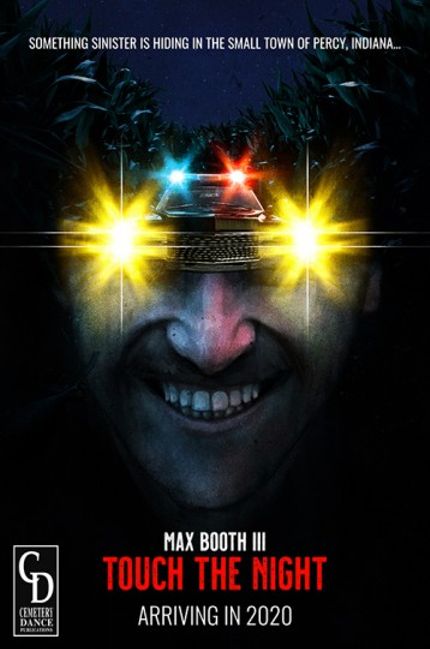 The latest from cult author Max Booth III has been described as “Stranger Things and The Texas Chain Saw Massacre unite to form a blood-soaked matrimony of violence and corruption.” That sounds like a lot, and Booth’s tale of ancient rituals, life-long friendship, small-town secrets, corrupt law enforcement, and gravitational oddities sounds like a heck of a book that we can’t wait to read.

Related: House of Darkness: The True Story of the Perron Family and the Haunting That Inspired The Conjuring 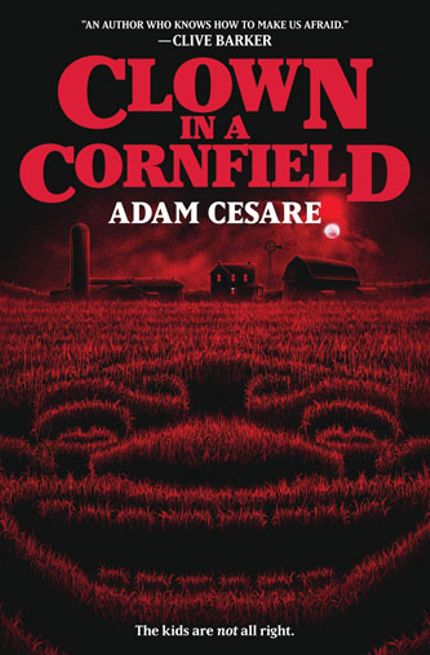 Clown in a Cornfield

Adam Cesare is already one of our favorite indie horror authors, and Clown in a Cornfield promises to be his breakout novel. After all, it’s got blurbs from folks like Paul Tremblay, Stephen Graham Jones, and none other than Clive Barker! What’s it about? Well, aside from that eponymous clown in the cornfield, we don’t know a lot just yet. But that’s certainly enough to get us excited!

Related: 20 Twisted Psychological Thriller Movies That Will Mess with Your Head

Clown in a Cornfield