When I’m not writing articles like these, I write horror fiction. In fact, my latest collection of strange and spooky stories, Guignol & Other Sardonic Tales, was just released in October. Like most of the horror writers I know, I grew up reading Stephen King, but for me, when I was young and had only the resources of the local public library to satiate my thirst for the weird and macabre, the very best available was Clive Barker.

This sometimes surprises people who know me, as my own work isn’t terribly big on either sex or violence–the two things Barker’s name is most often associated with. But there’s a lot more than those subjects to best Clive Barker books, and even his most gruesome tales are as much about transformation and transcendence as they are about blood or other bodily fluids. While his most recent books may not measure up to his earlier stuff, he has nonetheless left us with an impressive and inimitable body of iconic horror literature, much of which has also made the jump to film (frequently with the author himself in the director’s seat) and, from there, into the collective nightmares of us all. Here are a few of my favorite Clive Barker books: 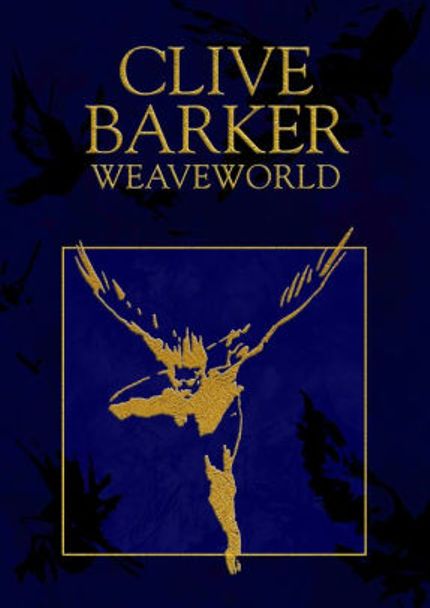 By turns beautiful, bizarre, and bewildering, Weaveworld was Barker’s first major foray away from the shores of more traditional horror (if any of his work can truly be called “traditional”) and into the epic dark fantasy that would define much of his career. Made up of a mad juxtaposition of fairy tale and Biblical epic, it tells the story of a world woven into a tapestry, and the forces intent on its destruction. 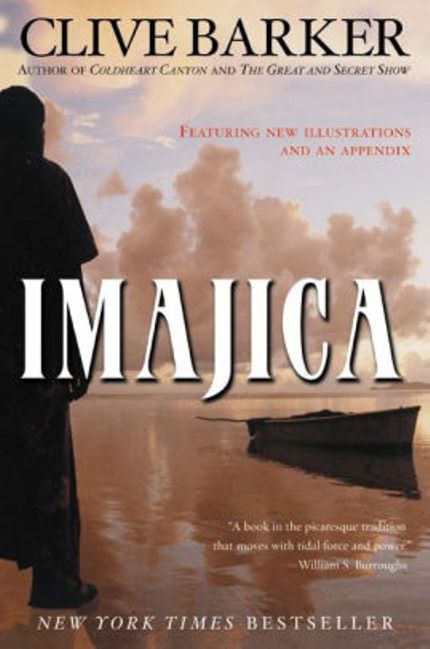 Weaveworld was Barker’s first foray into sprawling fantasy; Imajica is probably his most epic. Not content with creating just one fantastical world adjacent to earth, Barker invents four other “Dominions”, of which earth is the fifth. This 800+ page doorstopper of a novel spans them all, inviting in a dizzying array of supporting characters and visiting countless sumptuously imagined locales, all culminating in an ending that is both cosmically massive and intensely personal. 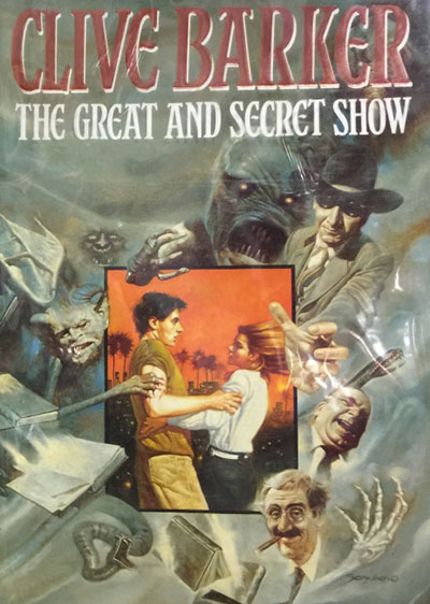 The Great and Secret Show

If any of Clive Barker’s epic dark fantasies can be called “more Clive Barker-y” than the others, then The Great and Secret Show might be the one. The so-called First Book of the Art, part of a proposed trilogy, is about “Hollywood, sex, and Armageddon”, three things Barker has shown himself extremely well-equipped to write about.

The Great and Secret Show 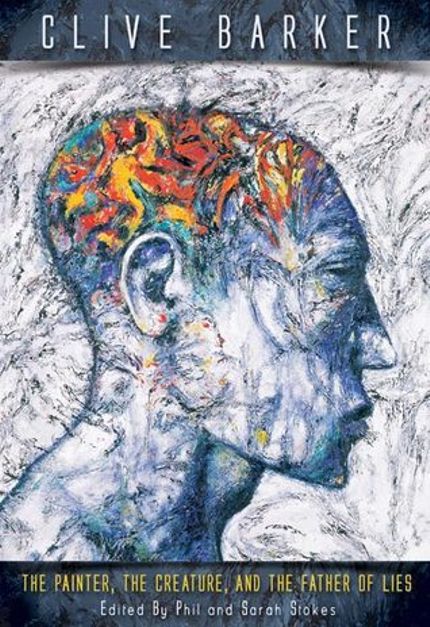 The Painter, the Creature, and the Father of Lies

While he is best known as an author of fiction (and a painter, a film director, and so on), Clive Barker also wrote a variety of essays, book introductions, and other bits of nonfiction and ephemera, which have been collected in a couple of volumes, Shadows in Eden, edited by Stephen Jones and published in 1991, and The Painter, the Creature, and the Father of Lies, edited by Phil and Sarah Stokes and published in 2011. Though they are slightly different from each other, either iteration is a treasure trove of insights into the mind of a master of horror.

The Painter, the Creature, and the Father of Lies 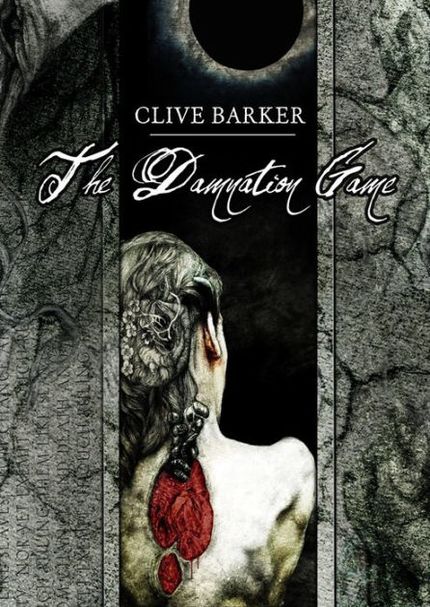 Barker’s first novel and one of his only “pure” horror novels, The Damnation Game may also have been my introduction to his work, probably when I was far too young to be reading it. As such, it holds a special place in my heart, but even if it didn’t, this apocalyptic and bleak novel, touched with surprising notes of beauty and humanity amid its both literal and figurative ruin, showcases much of what has made Barker’s contributions to the field so special.

Looking for scares? Sign up for The Lineup's newsletter, and get our freakiest book recommendations delivered straight to your inbox. 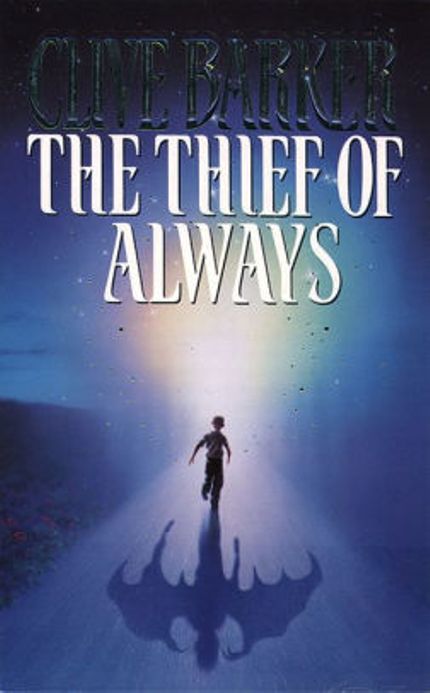 The Thief of Always

This may be Clive Barker’s first foray into writing for children, but don’t let that fool you; the story he spins in The Thief of Always is every bit as enduring–and fearful–as any other in his imposing oeuvre. The fact that the book, illustrated by the author himself, reads as a fable only makes it more chilling.

The Thief of Always

Barker adapted this novella into his feature-length directorial debut film Hellraiser in 1987, just a year after it was published, immediately adding an icon to the history of horror cinema. While the film’s Cenobites—they’re in the book, too—quickly became Barker’s most famous creations, the fetishistic (in every meaning of the word) puzzle box that lies at the heart of the story may ultimately be his single greatest contribution to the annals of horror. 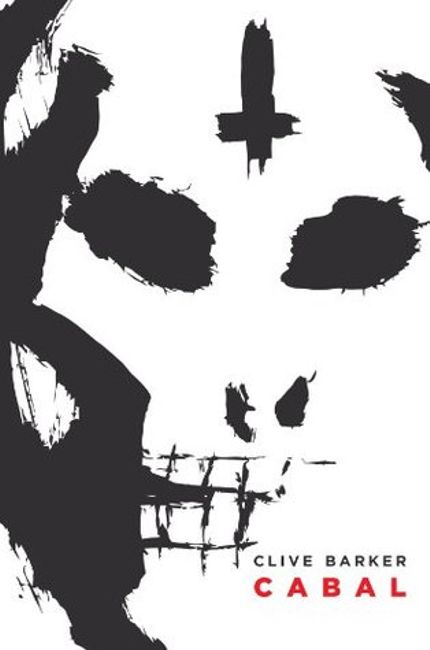 Anyone who knows me very well at all will not be surprised to learn that Cabal is my single favorite Clive Barker book. Filmed in 1990 as Nightbreed, the book tells the story of Midian, the underground city where monsters live, and of those who are drawn to it and those who seek to destroy it. I don’t think it will be giving too much away to say that man is the real monster in this book, but that, in classic Barker fashion, the monsters are no less monstrous. 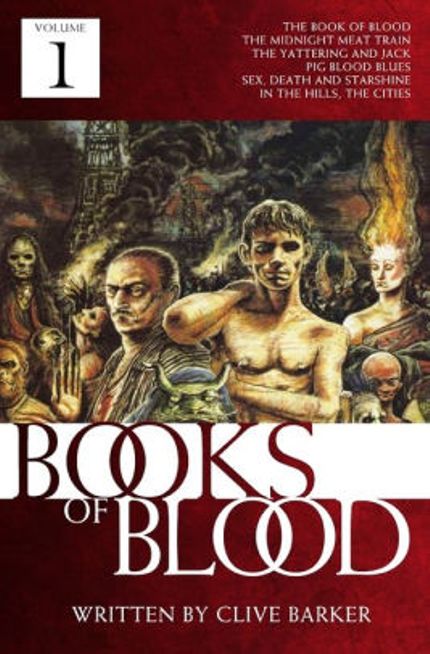 The Books of Blood

“Wherever we’re opened, we’re red,” Clive Barker says in his epigraph to The Books of Blood, the six-volume short story collection that introduced his writing to the world and catapulted him to horror stardom. Rarely has there ever been a more dramatic debut in the history of horror fiction, and rarer still is the collection that can match the scope, power, and promise of Barker’s auspicious debut.

The Books of Blood