8 of the Most Underrated Horror Books of All Time

You won't find these books on mainstream lists—but that doesn't mean they aren't among the best.

If you’re like me, you’re a fiend for horror; you simply cannot get enough. The darker, more daring and transgressive, the better. Yet the longer any reader looks, the more you realize that most lists and front-facing efforts tend to spin the same handful of books. Book recommendations begin to feel repetitive. At the very same time, there’s a swath of horror published every day and it’s difficult to keep up. It gets me thinking about the truly underrated books that are often relegated to the memories of a lucky few readers. How many books go by the wayside simply by chance? How many books are underrated and underpromoted?

To shine a light on all-things underrated and unexpected, we’ve gathered eight books that defy and dodge all those best-of lists.

Setting the tone of this list, we begin with one of the most shocking novels you’ll ever come across. Guyotat’s work has become the stuff of legend. From Tomb of 500,000 Soldiers to the autobiographical Coma, his writing has almost always focused on the darkest corners of humanity, be it lust or violence, war or other atrocities. Eden Eden Eden takes place in an alarming apocalyptic warzone, where the worst crimes are committed. The book defies conventional sentence structure or logic and comes off as a depiction of depravity itself. The fact that the book has been out of print for years with Guyotat’s estate seemingly uninterested in offering another edition, Eden Eden Eden is perhaps the very definition of an underrated piece of transgressive horror. 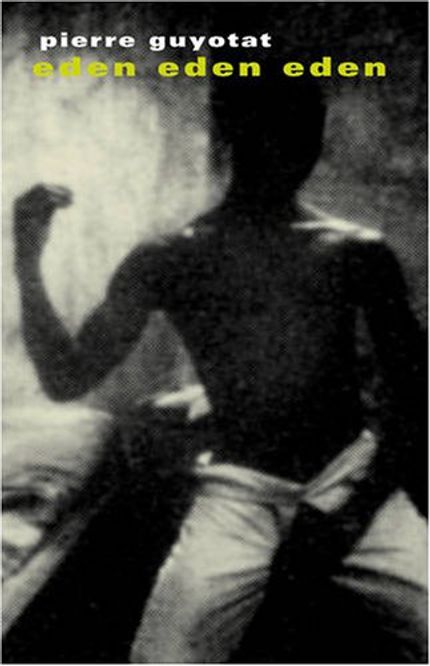 Amatka is a book that offers more of a creeping sense of fear, yet in all of its speculative curiosity, there exists a world not unlike ours—perhaps even a lesson of where we went wrong. A government worker named Vanja leaves her hometown for Amatka on assignment. The civilians in the colony are always monitored, and there is a strange undercurrent of austerity. Of course, such a closely monitored colony has its own strange undercurrent of secrets and nefarious motivations. It’s because Amatka is so very strange that it subverts even someone’s ability to explain it outside of “speculative”—and undoubtedly it is the reason why the book seldom gets mentions on lists. It’s too bad because at times, I got keen vibes akin to Kafka’s The Castle—and yet it’s entirely its own beast, something that makes the world around you seem more elusive after reading. 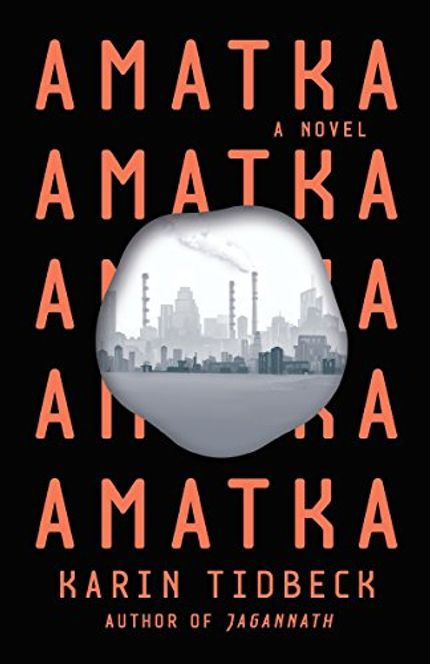 Gone to See the River Man

This book hits hard. Triana has written an incredibly disturbing book about serial killer worship. Lori is a big fan of Edmund Cox, an convicted killer and truly sadistic individual, and her obsession is so profound that she seeks to be as close to him as she can. Someone like Cox uses that obsession as power, an advantage to manipulate her into doing his bidding. In this case, it involves Lori venturing into the words of Killen to speak to someone named the River Man. He has a mysterious key and of course, this is merely the request. The forest is a metaphorical hell that Triana expertly uses to keep you turning those pages in disbelief. Gone to See the River Man received a lot of good word-of-mouth. It’s how I found out about it. It’s a book that can push through the loudmouths and paid-for influencers to reach its ideal readers. But it’s also a book that should be on more lists. Even more people should read Triana’s work! 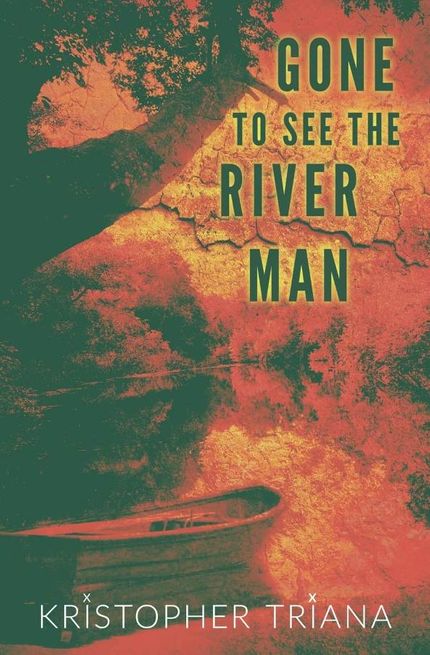 Alright, hear me out. Roland Torpor is by no means underrated in the strictest sense. However, in the half century since its initial publication, it has received only a few reprints (the latest of which is Valancourt Books’ excellent edition). It pops up once in a while but mostly among horror fans who have already done their own deep dive into the proverbial stacks. What strikes me as so odd about this is that the book remains timely, and even more so now since the onset of COVID-19. It’s a premise that we can all relate to, dripping with alienation and poverty.

Trelkovsky has trouble finding an apartment that’s affordable and available. When he does, he happens upon a less-than-appealing, almost distasteful little flat that doesn’t even have its own bathroom. It gets worse when all the other tenants begin manipulating and torturing him subtly. Meanwhile, Trelkovsky finds it horribly difficult to settle into the rundown domicile. The Tenant quickly spirals into madness in all the best ways. Most will cite Polanski’s film adaptation rather than Torpor’s novel, which is also a shame. The book captures a skin-crawling atmosphere mostly missing from the film. 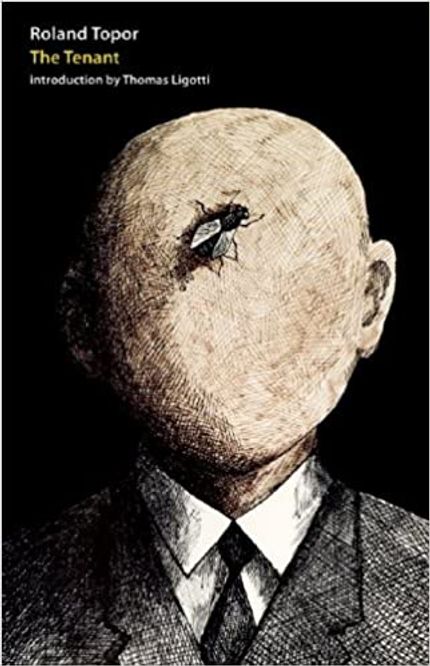 No one writes like Goransson. A blend of poetry and prose, Entrance to a colonial pageant in which we all begin to intricate is something else entirely. It’s part profane stage play, part obscene transcript. All in all, it eschews all classification and in doing so, Goransson has created a novella that is so utterly unique, it can almost be described as a secretive text. I imagine that was one of the intentions of the book: To write something that feels deadly, as though it’s written like any of the anarchistic, transgressive manifestos aimed to disrupt society. Maybe it makes sense then that the book experienced a niche response, a cultish reaction from a literary readership—yet ultimately it became like other texts of the sort: existing in the shadows for those willing to seek it out. Well, I for one believe anyone looking to feel as though you’ve dug up a transcript from the underworld, Entrance to a colonial pageant in which we all begin to intricate will surely meet you more than halfway. 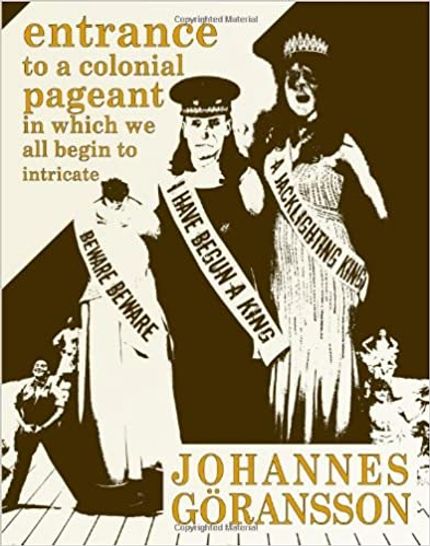 The late Tom Piccirilli wrote some truly amazing action-packed thrillers, yet there is one tiny novella of his that is, regratfully, seldom mentioned. Every Shallow Cut might not be directly the sort of horror one might expect; instead, it delves into failure, being down and out, and inevitably, never digging your way out. The unnamed narrator is a writer who has lost everything but his bulldog, Churchill. He has no money, can’t seem to get any writing done, and his marriage has fallen apart. He goes on a roadtrip in hopes of being able to put together the pieces of his life. Piccirilli injected so much heart into the existential doom hanging over this book, and the result is nothing short of emotionally gutting. Every Shallow Cut is the sort of book that leaves you frightened yet crying out of heartbreak by the last page. Now why hasn’t this book been recommended more often? 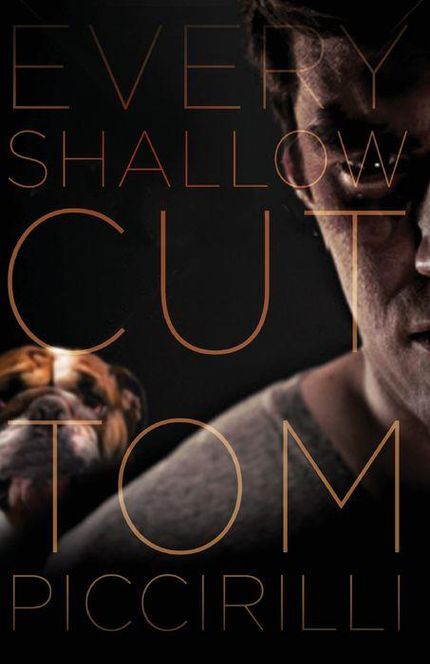 Long before Antosca took the helm of showrunner for Syfy’s Channel Zero, or worked on Brand New Cherry Flavor, he wrote literary horror novels published on small presses. I was lucky enough to publish two of them, Fires and The Hangman’s Ritual, and yet long before I got to know Antosca’s knack for a scene and a suspenseful narrative, I came across Midnight Picnic. Reading it in one sitting, the novel blew me away.

Bram discovers the corpse of a dead child, who then contacts him asking for help in seeking out the killer. Antosca rachets up the stakes by offering a surrealistic journey into the land of the dead, where nothing can save a person if they can’t find their way back out. Midnight Picnic should be on everyone’s to-read lists, talked about alongside whatever project he works on next. It’s just that good. 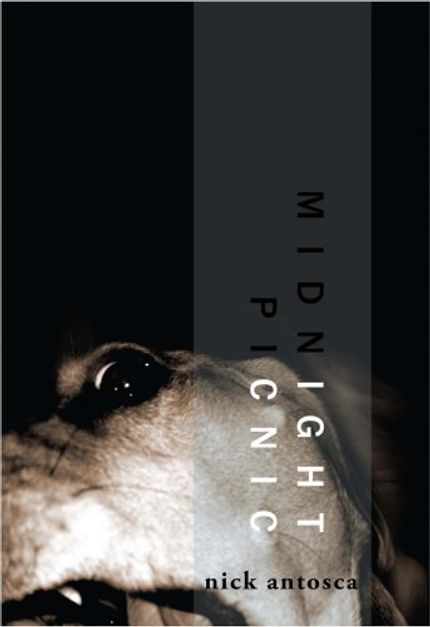 We Eat Our Own

For those that have seen the film, Cannibal Holocaust, you’ll know of all the controversies surrounding both the film and its production. Wilson uses the film loosely as source material for her debut novel and manages to take all that was already so very odd and tense and transpose it into her prose. Utilizing second person with ease, We Eat Our Own depicts the step-by-step process of a mad director’s journey into Columbia with both a cast and crew, yet no actual script—merely the director’s idea of what the film might be. Things get worse when it becomes clear that everyone’s lives are in danger, and the production itself is, well, potentially illegal and… deadly. Wilson did something so difficult to achieve: She took the would-be source material and managed to sculpt a complex psychological stint of horror out of it—and it’s a shame that I didn’t hear people talking about the book back in 2016 when it was initially published, and most certainly not now. 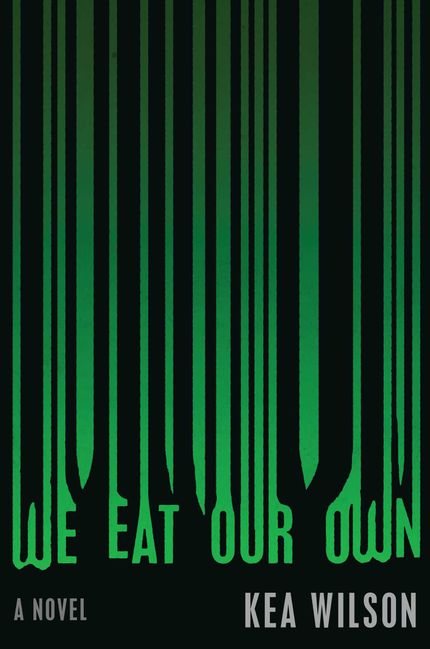