A peek inside the astonishing life of a true crime legend.

Some people are like “WHY ARE YOU SO OBSESSED WITH ANN RULE?” (Nobody has ever asked me this but you know, they might be thinking it) and I’m like well, first of all, she’s an absolute ICON. A true trailblazer for women especially in a male-dominated field. That’s inspirational. A few of the reasons I love her so: she inspired my love of reading true crime, most of her books are about crimes in Washington state (my home state), she lived like an hour away from me, her birthday (Oct 22) is also my wedding anniversary (coinkydink?) AND she had a Bernese Mountain dog and those are seriously the cutest dogs I’ve ever seen (also one of my favorite dog types). What I’m trying to say is we had a lot in common and I believe we could have been best friends.

Ann Rule wrote over 30 true crime books (and one crime fiction novel!) and she has become a legend in the true crime community. Ann Rule was (and remains) the Queen of True Crime. Her name is synonymous with the genre. And for good reason! Ann’s books are so detail-oriented and put so much emphasis on the lives of the victims. It allows the reader to get to know the people affected by a horrific crime. Her

Let’s get to know more about her life and legacy with some fascinating facts about the one and only queen.

She lived in Washington state for her entire adult life and many of her books are based on murders that took place in the Pacific Northwest. Being from the PNW, I can vouch for the fact that there is an absurd amount of murder cases here. Maybe it’s because it rains a lot.

She worked alongside Ted Bundy at a suicide hotline. The two were actually friends. She attended events with him. Rule had NO idea that her friend was a murderer. If you haven’t read this book yet, please drop everything you’re doing and pick it up. It’s mandatory true crime reading. 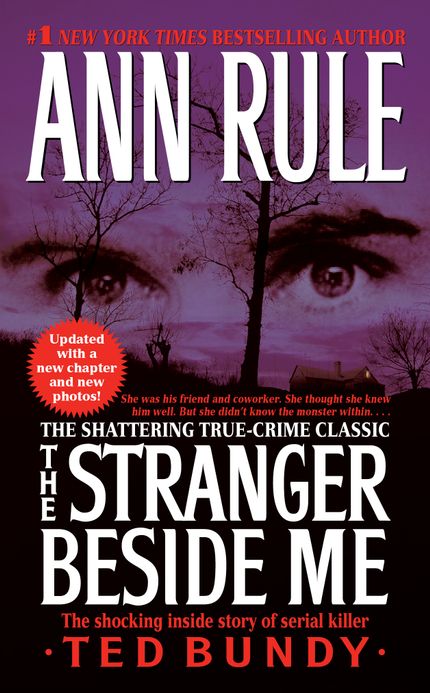 She wrote under the male pen name Andy Stack because her editors didn’t think readers would believe a woman would know anything about police procedure. *eye roll*

Let it be known that Ann Rule WAS a police officer for the Seattle Police Department for a while early on in her career—although it didn’t last very long due to Rule's nearsightedness.

Check out In the Still of Night if you want to see the lengths, she would go to help a family seeking justice. In the Still of Night is about the death of Ronda Reynolds that took place in Toledo, Washington on December 16, 1998. Although the death was ruled a suicide, Reynold’s family was quickly suspicious about the circumstances. Ronda’s mother, Barb Thompson actually sought out Ann to help her investigate the death of her daughter.

Related: 29 Unsolved Murders That Will Send Shivers Down Your Spine 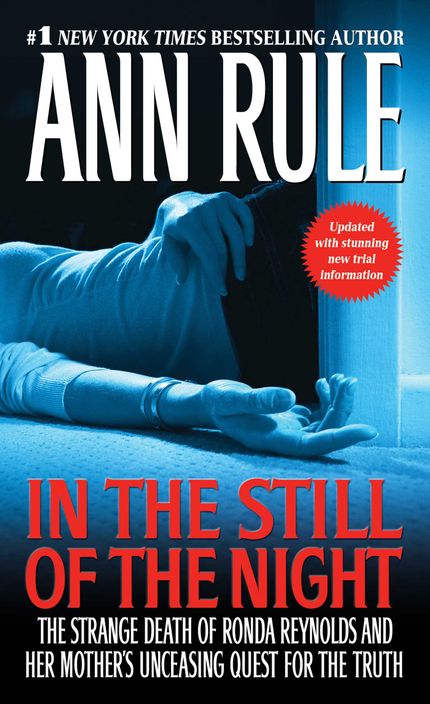 Why am I mentioning this? Because it’s very important. Have you SEEN a Bernese Mountain dog?? They’re the cutest, fluffiest things ever.

Her readers passed along tips which she then gave to law enforcement. Ann wrote a book about this case as well, Green River Running Red.

One of her daughters, Leslie Rule, has also written a true crime book: A Tangled Web. If you haven’t read it yet, I highly recommend it!

Her grandfather was the Sheriff of Whatcom County, a tiny little jail where Rule would frequently visit as a child. Her grandma was the cook and Rule would help her serve the meals to the inmates. Her uncle was also a medical examiner, her cousin was a prosecutor, and then after her grandpa died her uncle became the sheriff. That’s a long line of law enforcement!

As a young girl, she thought “I never want to be a writer, that’s too hard!” But we’re glad she came around to the idea of writing because true crime (and the world) would not be the same without her voice.