Hope in a Time of Chaos: 6 Book Recommendations for Earth Day 2022

These horror books find hope in the darkness.

“It’s important for me to have hope because that’s my job as a parent, to have hope, for my kids, that we’re not going to leave them in a world that’s in shambles, that’s a chaotic place, that’s a dangerous place.”

This Earth Day, I decided to highlight horror books with themes of renewal and growth with the hope we could explore various trauma responses through fiction. These books also provide readers with complex characters struggling to manage healthy relationships in times of crisis—something I feel so many of us can relate to.

Synopsis: The night the sky fell, Jack and Nora Abernathy’s daughter vanished in the woods. And Mia’s disappearance broke her parents’ already fragile marriage. Unable to solve her own daughter’s case, Nora lost herself in her work as a homicide detective. Jack became a shell of a man; his promising career as a biologist crumbling alongside the meteor strikes that altered weather patterns and caused a massive drought.

It isn’t until five years later that the rains finally return to nourish Seattle. In this period of sudden growth, Jack uncovers evidence of a new parasitic fungus, while Nora investigates several brutal, ritualistic murders. Soon they will be drawn together by a horrifying connection between their discoveries—partnering to fight a deadly contagion as well as the government forces that know the truth about the fate of their daughter. 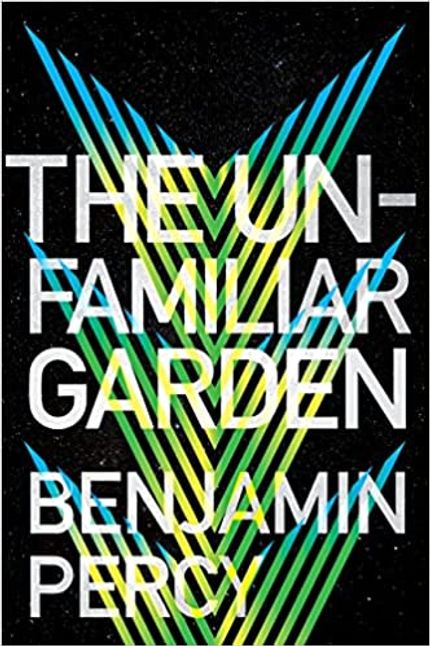 I recently read Percy’s short story in When Things Get Dark: Stories Inspired by Shirley Jackson edited by Ellen Datlow. The story is called "Hag," and it made me an insta-fan of Percy’s. The Unfamiliar Garden is book 2 of his Comet Cycle Series and I’m going to buy them all. My reliable source tells me that this series is a family of books. Each one can stand alone and be read out of order. Personally, I love that.

I enjoy stories where a marriage hangs in the balance and a tragedy or a fight for survival throws the couple back together. In this case, it sounds like both Jack and Nora have important skillsets to bring to the table in order to learn more about their daughter’s disappearance while discovering a connection to a much larger threat. A great opportunity for readers to get invested in this fictional couple’s fight to restore their love for each other—and possibly save mankind.

Synopsis: Three generations of abused women must navigate their chilling new reality as a mysterious epidemic of violence sweeps the nation in this compelling novel of self-discovery, legacy, and hope.

If you’re looking to read a book that deals with issues stemming from the Coronavirus pandemic, The Violence might be just the thing. A new ‘virus of violence’ erupts while the world is still reeling from Covid-19, throwing mankind into another battle for survival.

From what I’m hearing from readers, this book handles big themes in a cathartic way—employing humor to be the sugar that helps the medicine go down. There is also a note from the author about trigger warnings, which sets early expectations. I’m eager to experience a story wrestling with themes of isolation and domestic violence as it pertains specifically to the pandemic. I think this book could be a real opportunity to explore some feelings I’ve had about what happened in 2020/2021 that I haven’t dealt with yet.

Your Body is Not Your Body

By Edited by Alex Woodroe

***All proceeds from this anthology go to Equality Texas to combat the attempts of the Texas government to criminalize trans/GNC youth and their families.***

Twenty-seven writers and eight illustrators from the Trans/Gender Nonconforming communities come together to voice their rage, defiance, and fearlessness in the decidedly nontraditional fashion of New Weird Horror that Tenebrous Press excels at! 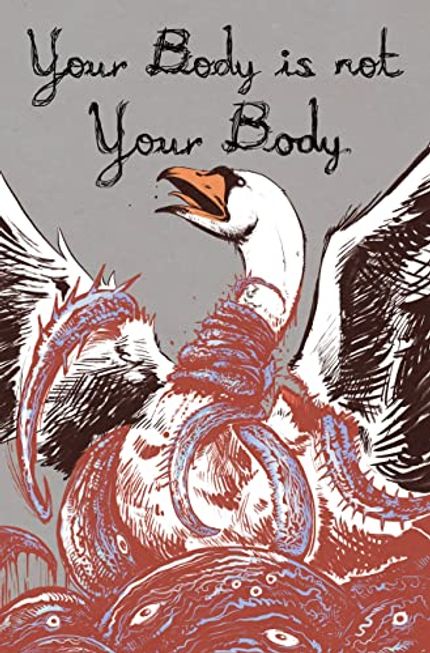 “Extreme conditions demand extreme responses”. We need a revival. We need to remember that human rights are being attacked every day and the time to act, the time to fight, is now. There are no greater weapons than love, our unified support of one another, and storytelling. This anthology utilizes all three! Love each other well by supporting this anthology, which showcases the stories of authors who need their voices to be heard.

Our Wives Under the Sea

Synopsis: Leah is changed. A marine biologist, she left for a routine expedition months earlier, only this time her submarine sank to the sea floor. When she finally surfaces and returns home, her wife Miri knows that something is wrong. Barely eating and lost in her thoughts, Leah rotates between rooms in their apartment, running the taps morning and night. Whatever happened in that vessel, whatever it was they were supposed to be studying before they were stranded, Leah has carried part of it with her, onto dry land and into their home. As Miri searches for answers, desperate to understand what happened below the water, she must face the possibility that the woman she loves is slipping from her grasp.

By turns elegiac and furious, wry and heartbreaking, Our Wives Under the Sea is an exploration of the unknowable depths within each of us, and the love that compels us nevertheless toward one another. 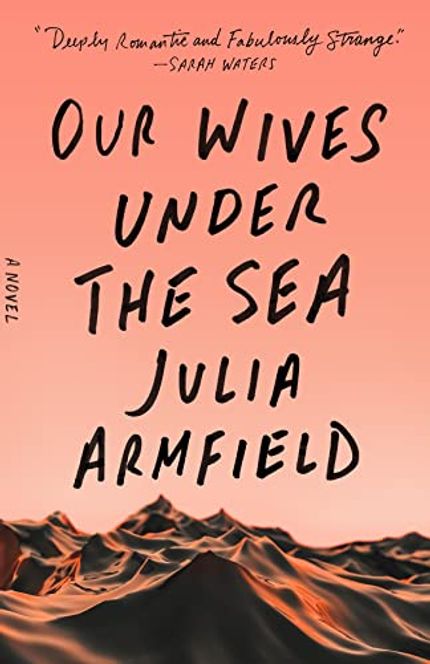 Julia Armfield is the author of Salt Slow, a short story collection that was released in 2019 and was met with critical acclaim. This author is known for infusing her brand of horror with LBGTQ+ representation, beauty, lyrical prose, and intricately plotted stories. Our Wives Under the Sea is her debut novel and promises to bring more of that sultry, atmospheric quality.

‘’The deep sea is a haunted house: a place in which things that ought not to exist move about in the darkness.”

A contemporary folktale about what lies hidden from us at the bottom of the ocean. I love the idea of sea exploration being the catalyst of discovery in the marriage central to this story. After reading some early reviews I kept seeing “literary horror” and “purple prose” used quite a bit so perhaps set some early reading expectations for this one.

Synopsis: In large areas of the planet, nature is no longer humanity's friend...

In a time of global warming and spiraling damage to the environment, the Virgin Zones were established to help combat the change.  Abandoned by humanity and given back to nature, these vast areas in a dozen remote locations across the planet were intended to become the lungs of the world.

But there are always those drawn to such places.  Extreme sports enthusiasts and adventure racing teams target the dangerous, sometimes deadly zones for illicit races.  Only the hardiest and most experienced dare undertake these expeditions. When one such team enters the oldest Zone, Eden, they aren't prepared for what confronts them.  Nature has returned to Eden in an elemental, primeval way.  And here, nature is no longer humanity's friend. 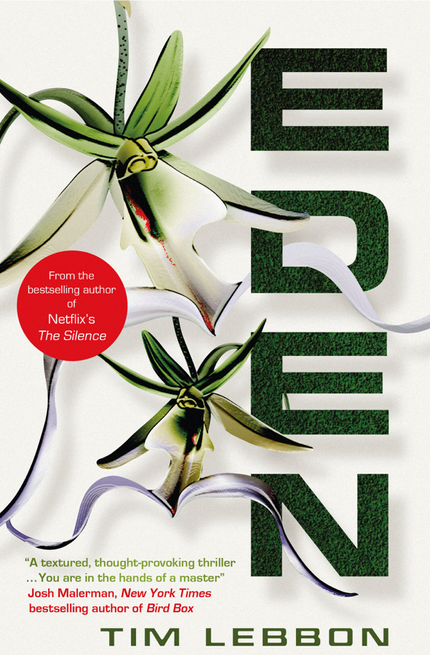 You might have missed this one. It was released in March of 2020 and that’s when, well, you remember. I think books that came out during the pandemic should get another lease on life.

Whenever I talk about eco-horror, I mention this book. I think Eden is onto something here: Why can’t we take huge swaths of land and dedicate it back to nature? The hope is that the unstrained flora and fauna will flourish the way they would if mankind wasn’t around to interfere. Sure, Lebbon wrote a horror story here, so clearly, when nature is left to its own devices there is a potential for it to become very hostile to us. And without access to the changes, we can’t study it in labs and know what we’re dealing with but…so? I honestly think we should experiment with this idea. I love this book.

Synopsis: Timely and suspenseful, Sealed is a gripping modern fable on motherhood, a terrifying portrait of ordinary people under threat from their own bodies and from the world around them. With elements of speculative fiction and the macabre, this is also an unforgettable story about a mother’s fight to survive.

Heavily pregnant Alice and her partner Pete are done with the city. Above all, Alice is haunted by the rumors of the skin sealing epidemic starting to infect the urban population. Surely their new remote mountain house will offer safety, a place to forget the nightmares and start their little family. But the mountains and their people hold a different kind of danger. With their relationship under intolerable pressure, violence erupts and Alice is faced with the unthinkable as she fights to protect her unborn child. 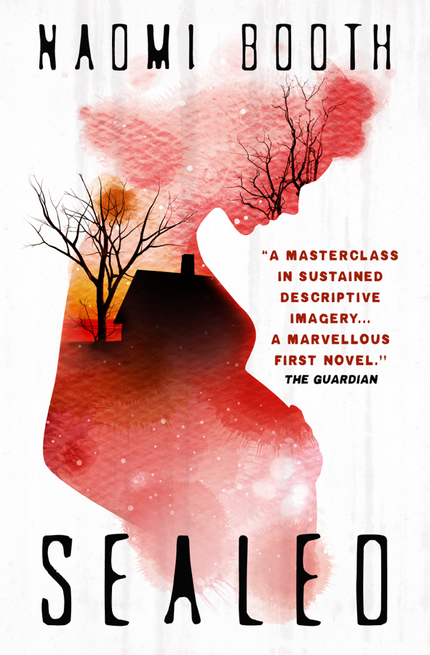 Set during a climate change crisis and a pandemic, this book sounds timely for today’s horror readers. I missed Sealed when it was originally released but I think now is as good a time as any to dive into it. The main character, Alice is pregnant, obviously a very anxious and emotional time to be living in a world that grows increasingly more unstable.

Think Bird Box by Josh Malerman. All of the unknown threats coalesce to become an intense danger to the entire population and people panic; making big mistakes out of fear for their lives. Pre-pandemic stories are so terrifying. I would hate to be pregnant during a time like that, but I think the biggest selling point of this book is the undeniable gift of motherhood—even if new life comes during uncertain times, there’s nothing more beautiful than giving birth. Such an interesting concept for a horror story!