One of the earliest criminal profilers shares the most disturbing cases of his career.

Who better to write about the darkest minds of the most twisted serial killers in the world than the man who helped create the FBI’s Criminal Profiling Program? Special agent John E. Douglas brought skills that he had learned from several psychology degrees and his work as a hostage negotiator to the bureau’s Behavioral Science Unit, where he helped to pioneer the field of criminal profiling.

Though faced with skepticism from his peers, Douglas persisted in his efforts to document patterns in criminal behavior, traveling around the country to interview notorious criminals. A few of his most infamous subjects included the likes of David Berkowitz, Ted Bundy, John Wayne Gacy, Edmund Kemper, Charles Manson, James Earl Ray, Gary Ridgway, Richard Speck, and more.

Douglas used the insights that he gathered from these interviews in his work, developing texts like the Crime Classification Manual for use by investigators. Then he introduced his knowledge about the dark side of humanity to the public with his legendary book Mindhunter: Inside the FBI’s Elite Serial Crime Unit. The hit 1995 nonfiction book serves as the basis for the critically acclaimed crime thriller Netflix series (2017-) of the same name.

Douglas has since written more than a dozen other works of nonfiction, usually alongside author Mark Olshaker. Now retired, most of Douglas's books focus on the crimes that he investigated while he was an active FBI profiler. He even has a new book coming out soon—The Killer's Shadow. Subtitled The FBI's Hunt for a White Supremacist Serial Killer, the book centers around a man that Douglas describes as one of the most disturbing psychopaths he has ever encountered.

The Killer's Shadow is slated for release in November of 2020. In the meantime, here are 10 John Douglas books that you can explore. These are haunting and powerful true crime narratives, written from the perspective of a man who has peered inside the heart—and mind—of utter darkness and depravity.

In Law & Disorder, Douglas writes in vivid detail about his most notorious and baffling cases. Not just how they were solved—or weren’t—but how they affected him, his life and family, and what it was like to confront humanity’s most abominable crimes. Douglas may be “at his best describing terrible crimes,” as the Houston Chronicle proclaims, but it’s the human elements of Law & Disorder that will make the book stick with you for years to come. 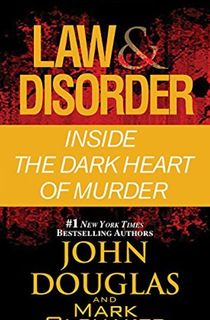 The book that started it all, Mindhunter became a sensation when it was first published back in 1995. This chilling nonfiction read peels back the curtain and gives the average person a glimpse into the minds of some of the world’s most notorious serial killers, as well as the inner workings of the FBI’s Behavioral Science Unit. Included in the book are profiles of several of Douglas’s more infamous interviewees, including Edmund Kemper and Roger Hansen, the notorious Alaskan “Butcher Baker.” 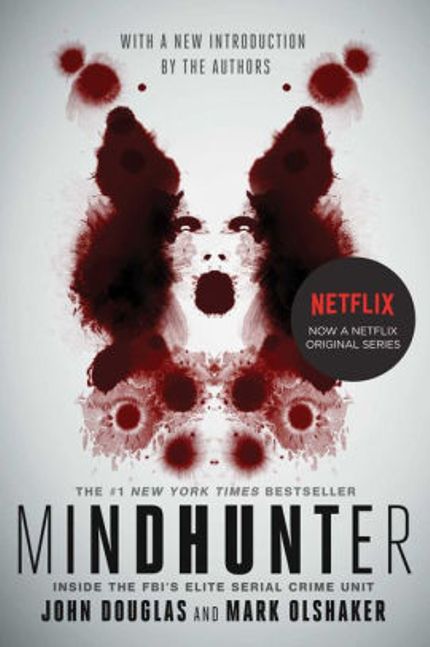 More than two decades after the release of Mindhunter, Douglas returns to the interrogation rooms that were at the heart of his criminal profiling career. Focusing on four particularly brutal killers, Douglas and his co-author dive deep into the process of his interviews with these deadly and devious men, linking the insights he has gained with other high-profile cases, and going step-by-step through the process of creating a criminal profile. 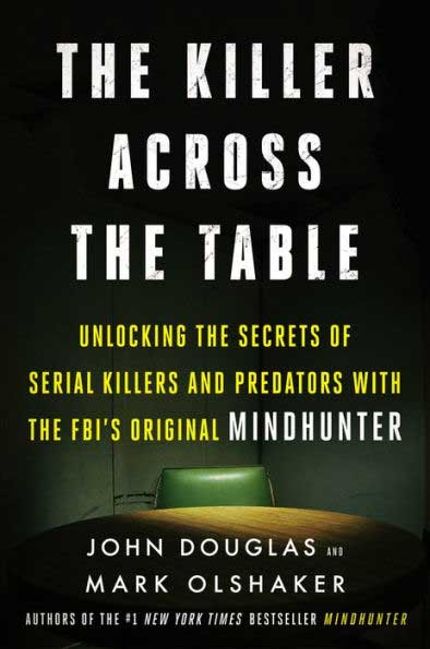 The Cases That Haunt Us

Deviating from his tendency to focus on the cases in which he was personally involved, Douglas casts a wider net in The Cases That Haunt Us. In this haunting compendium, Douglas and his longtime collaborator Mark Olshaker tackle some of the most famous crimes of all time—crimes that are lodged in the public imagination, such as the reign of Jack the Ripper, Lizzie Borden’s alleged axe murders, the 1932 kidnapping of the Lindbergh baby, and the murder of six-year-old beauty pageant star JonBenet Ramsey. Douglas brings all the tricks of his trade to bear in a book that examines not only the details of these particular cases, but why they continue to fascinate us so many years later. 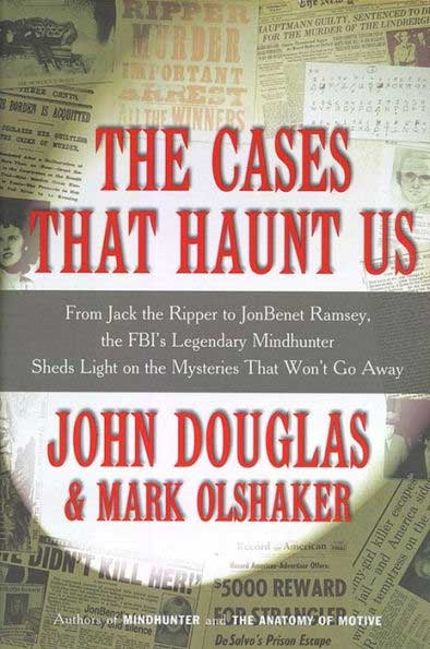 Inside the Mind of BTK

The first season of the Netflix series Mindhunter juxtaposes the actions of its criminal profilers—whose characters are loosely based on Douglas and his colleague Robert Ressler—with the crimes of serial killer BTK (nicknamed after his brutal modus operandi, “bind, torture, kill”). In this dramatic and eye-opening book, Douglas details the more than 30-year hunt for “BTK,” and the events that followed his capture after a decade-long hiatus. Out of all of Douglas’s many stories, few capture the very heart of darkness like this book about the secret inner life of Dennis Rader, a family man who taunted the police with his vicious crimes. 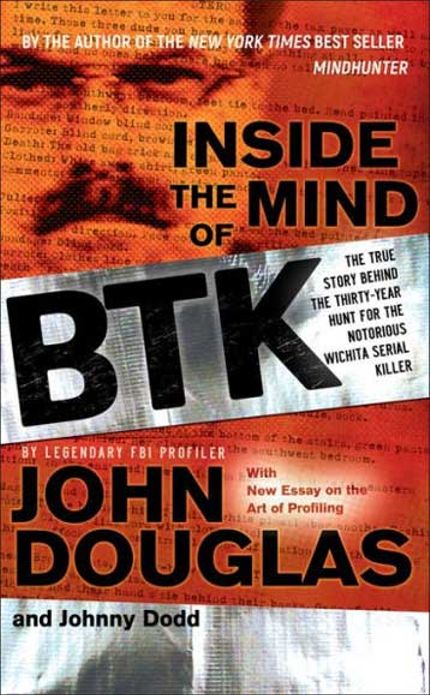 Originally published in 1997, Douglas and Olshaker’s follow-up to Mindhunter dives deeper into the minds and habits of some of the most heinous modern criminals, with a special focus on those who target children. Here, they deliver step-by-step guides on how behavioral profiling can help find and stop these individuals, and how we can keep children safe from them. Tackling many new cases, this second book from Douglas and Olshaker cemented the duo as a writing force to be reckoned with in true crime circles. 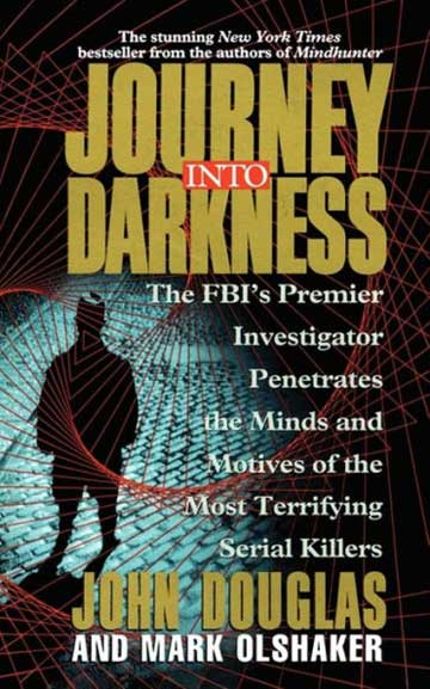 The Anatomy of Motive

The biggest question surrounding the grisliest and most haunting crimes is not who did it, but why. Douglas tackles the subject in this book, which explores the shaping of the violent criminal mind; both how it reacts to social pressures, and the feedback loop created by media coverage of violent crimes. Using examples from his own cases and from the world at large, Douglas examines the motives that prompt seemingly ordinary people to kill, and how the mind of a serial killer takes shape. 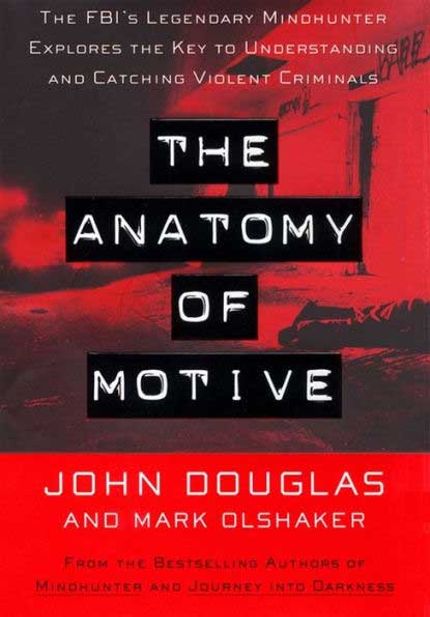 Obsession cuts both ways. In this unforgettable book, Douglas and his co-author take us behind the scenes to explore not only the obsessions that drive predators, but his own obsession with tracking them. Tackling the motivations behind rape, stalking, and murders like those of New York’s notorious “Preppie Murder” case, Douglas delves into the minds of predators in a way that only he can, and shows us the behind-the-scenes work that goes into catching them. 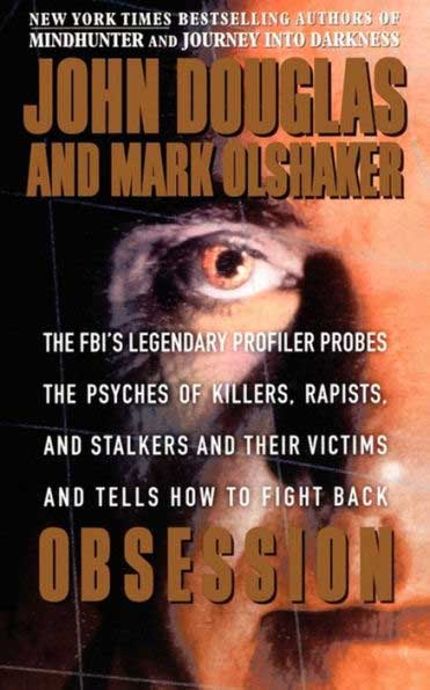 Anyone You Want Me to Be

John Douglas teams up with investigative reporter Stephen Singular to tell the shocking, riveting story of the first serial killer of the Digital Age. A father of four, John Robinson targeted his victims via chat rooms during the rise of the Internet. Seeking out vulnerable women, he would woo and manipulate them, convincing them to move to his hometown of Olathe, Kansas before ultimately murdering them. Originally published in 2003, this tell-all showcases not only how Robinson did it, but the role that the early days of the Internet played in violent crime. 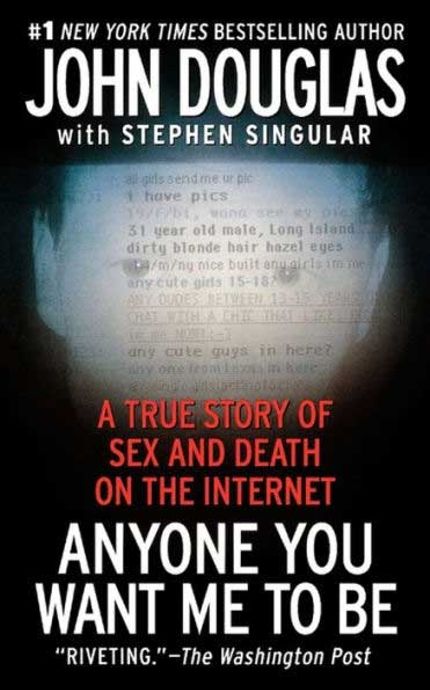 Written alongside Douglas’s colleagues Robert Ressler and Ann Burgess, Sexual Homicide represents a landmark in the study and apprehension of violent sexual predators. Included here are the findings of intensive research into the motives and pathologies of more than 30 convicted and incarcerated predators, a field guide to the sexual killer, and a guide for how to protect ourselves from them. 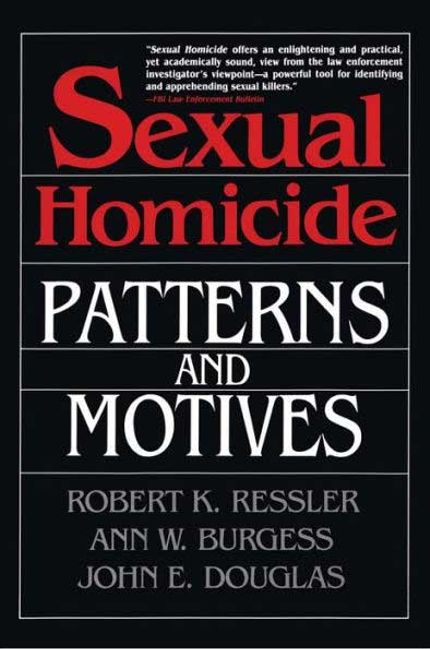