Shirley Jackson’s 1959 gothic horror book The Haunting of Hill House centers on four seekers who venture into a thoroughly haunted old home known as Hill House. The classic tale of terror has one of the most stunning opening paragraphs in all of literature:

"No live organism can continue for long to exist sanely under conditions of absolute reality; even larks and katydids are supposed, by some, to dream. Hill House, not sane, stood by itself against its hills, holding darkness within; it had stood for eighty years and might stand for eighty more. Within, walls continued upright, bricks met neatly, floors were firm, and doors were sensibly shut; silence lay steadily against the wood and stone of Hill House, and whatever walked there, walked alone.”

For many, reading Jackson's horror book is a right of passage, one that opens the door to haunting new worlds. In 2018, when it was announced that Mike Flanagan (Oculus, Hush, Gerald’s Game, Doctor Sleep) would adapt the novel into a Netflix original series, horror fans held their breath. Could Flanagan capture the elegant, eerie tension of the source material?

Well, he did. The Haunting of Hill House was one of the scariest TV shows of 2018, conjuring a wide array of nightmares, from Nell and the Bent-Neck Lady and Luke and the Floating Man to the mind-bending terror of the Red Room and the many Easter egg specters lurking in the background of each episode. This year, Flanagan will release the series' second season, delivering a whole new round of scares. The Haunting of Bly Manor, set to hit Netflix sometime in 2020, is based loosely on Henry James’ 1898 novella, The Turn of the Screw.

We're certainly looking forward to it. But what can horror fans expect of the upcoming season? Here’s everything we know (so far) about The Haunting of Hill House season 2, The Haunting of Bly Manor.

Related: 12 Haunting Horror Books for Fans of The Turning

Based on Henry James’ The Turn of the Screw, the new season will follow the story of an unnamed narrator who listens as his friend Douglas reads a manuscript written by a deceased former governess. The manuscript in question tells the governess’s story of how she came to be put in charge of the care of two children in a country house called Bly. 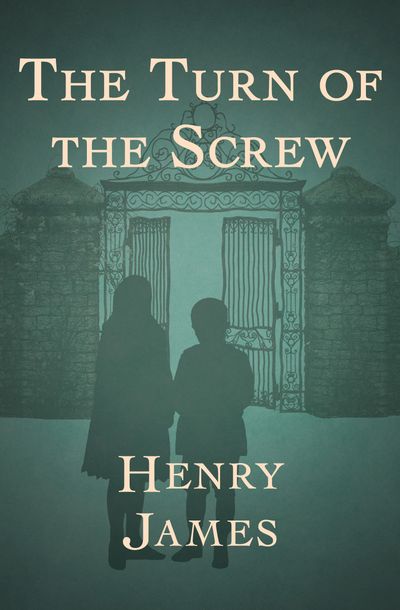 One of the most disturbing ghost stories ever written, The Turn of the Screw is a literary masterpiece of imagined danger and real dread whose mysteries have been haunting readers for more than a century.

Similar to the way in which Ryan Murphy uses the same performers across the many seasons of American Horror Story, we think that The Haunting of Bly Manor will feature some, though not all, of the actors from The Haunting of Hill House. That said, they’ll be playing entirely new roles. In an interview with The Hollywood Reporter, Carla Gugino, who played matriarch Olivia Crain in The Haunting of Hill House, mentioned that Mike Flanagan expressed interest "in the notion of an anthology, where some actors come back to play different characters. I think he feels like he has told the complete story of the Crain family. But if I was invited and I was able to, I would really love to, just because I do love to collaborate with him." Indeed, Gugino also starred in Flanagan's Stephen King adaptation, Gerald's Game. So far, Gugino has not been announced as having a role in the new series, but nearly everyone else from the original core cast has.

Although the bulk of the plot of The Haunting of Bly Manor mirrors Henry James’ The Turn of the Screw, it’s not the only storyline viewers will follow. In an interview with Games Radar, director Mike Flanagan says "the thing I have access to, that no other adaptation of The Turn of to the Screw has, is the rest of Henry James’ ghost stories. I get to use all of them … The Turn of the Screw is only one of a dozen stories that we're telling. All Henry James; all thematically linked.” A couple of James’ other stories that we can expect to see worked into season two include The Jolly Corner and The Romance of Certain Old Clothes, according to the interview.

The finale of The Haunting of Hill House tied together all of its narrative threads—for some critics, in fact, the ending was too neat and tidy. Viewers of The Haunting of Bly Manor, by contrast, will likely be left with something to puzzle over for quite some time once the credits roll—that is, if the show sticks close to its source material, The Turn of the Screw. Since its release in 1898, readers have debated over the novella’s ambiguous ending. If you wanna lose about eight hours falling down an internet hole, there are plenty of active forums out there that dissect this particular issue. Pick a side, and dive in, but beware of spoilers.

Hoping for shared universe-style construction that unites The Haunting of Hill House with The Haunting of Bly Manor? Viewer, you may be disappointed. In an interview with Screenrant, Mike Flanagan revealed that he briefly considered ending the first season with a cliffhanger, but decided it would be a better ending if everything wrapped up nice and tidy. In a different interview, this one with Entertainment Weekly, Flanagan said "as far as I’ve ever been concerned with this, the story of the Crain family is told. It’s done. I think that there are all sorts of different directions we could go in, with the house or with something completely different. I love the idea of an anthology as well. But to me, I felt like the Crains have been through enough, and we left them exactly as we all wanted to remember them."

Alas, no date has been set thus far. That said, progress is being made! On February 21st, 2020, director Mike Flanagan announced on Twitter that filming for the second season had officially wrapped:

By all accounts, The Haunting of Bly Manor will hit Netflix sometime in 2020. All ten episodes of The Haunting of Hill House hit the streaming platform in October of 2018. Are we in store for another Halloween surprise? Or will the second season appear before our eyes during the high heat of summer? Time will tell, horror fans.

"[Filming The Haunting of Bly Manor] was very very weird to start off with. It was strange because how do you kind of take a show that was that well received and that loved, how do you do a second version of it? And [Flanagan's] sort of surpassed it. It’s quite amazing what he’s done with Bly."

A second season that surpasses the accomplishments of The Haunting of Hill House? We're waiting with bated breath. Until then, horror fans...

The Haunting of Bly Manor is scheduled to hit Netflix in 2020.

Feature image from "The Haunting of Hill House" via Amblin Entertainment