Ramsey Campbell: The Modern Horror Master Whose Books Will Haunt Your Dreams

Guillermo del Toro hails the award-winning author as an "absolute master of modern horror. And a damn fine writer at that!"

When it comes to living writers of horror and weird fiction, few names loom as large as Ramsey Campbell, who has been publishing steadily for more than half a century. “Future generations will regard him as the leading horror writer of our generation, every bit the equal of Lovecraft or Blackwood,” scholar S. T. Joshi once wrote of Campbell, while Guillermo del Toro called him “an absolute master of modern horror. And a damn fine writer at that!”

Campbell grew up in the blitz-devastated landscape of post-war Liverpool, a background that has found its way into several of his stories. Like so many horror writers, much of his earliest work consisted of unusually artful pastiches of the stories of H.P. Lovecraft, and Campbell himself has said, “the first book of Lovecraft’s I read made me into a writer.”

Yet over a career spanning more than 50 years, Campbell has developed and refined his own voice, to the extent that today there are entire anthologies written as tributes by authors who have been inspired by Campbell’s work, just as Campbell was once published (and sometimes still is) in anthologies that are tributes to Lovecraft.

After an early career in Lovecraft pastiches, Campbell set out to develop his own distinct style, even going so far as to condemn the late writer’s work. In later years, he softened his stance, both on Lovecraft’s writing and on turning out additional Lovecraft pastiches, but Campbell’s work was always determinedly his own from that point onward, whether he was writing about ancient beings from other dimensions or all-too-human serial killers.

Campbell was also a tireless advocate of other writers. In the early 1980s, he met a young writer and fellow Liverpool resident named Clive Barker. Barker was looking for an outlet willing to publish his short stories, and showed Campbell the manuscript for what would later become his breakout collection, The Books of Blood. Campbell ended up writing the introduction to the first edition of the now-legendary collection.

Ramsey Campbell has won more awards than any other British horror writer, and unlike many of his peers, whose output has dropped off over the years, he continues to publish new books and stories all the time. His latest novel, The Wise Friend, is a classically Campbellian tale of a haunting that may be much more than ghostly. For readers on the verge of discovering Campbell for the first time, or longtime fans wanting to brush up on his new releases and classics alike, the Ramsey Campbell books below are sure to keep you reading long into the night. 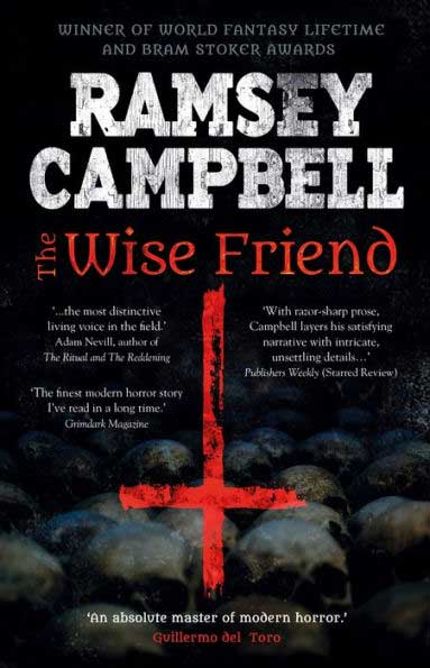 The latest novel from the prolific pen (or word processor, more likely) of Ramsey Campbell is a tale of strange places, and of a dead artist whose work turned toward the occult shortly before she (apparently) took her own life. Her nephew, Patrick, and his teenage son Roy decide to visit some of the places that she mentions in her journal, and what they see there convinces Patrick that they’ve stumbled upon something better left alone. His son, however, isn’t so easily deterred, and what they uncover may have terrible consequences for themselves and for the world… 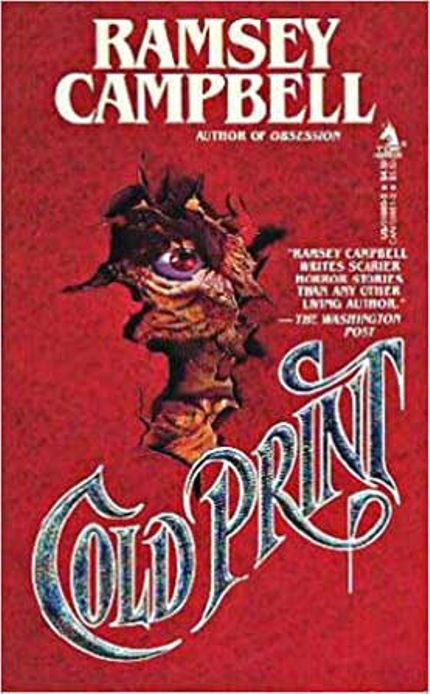 Ramsey Campbell’s first book was a collection of his early Lovecraftian stories called The Inhabitant of the Lake & Less Welcome Tenants, published by Arkham House in 1964—the same publisher that had been more or less solely responsible for keeping Lovecraft’s works in the public eye. Most of those stories and others in the Lovecraft vein were later collected into Cold Print, which includes Campbell’s many contributions to Lovecraft’s Cthulhu Mythos. 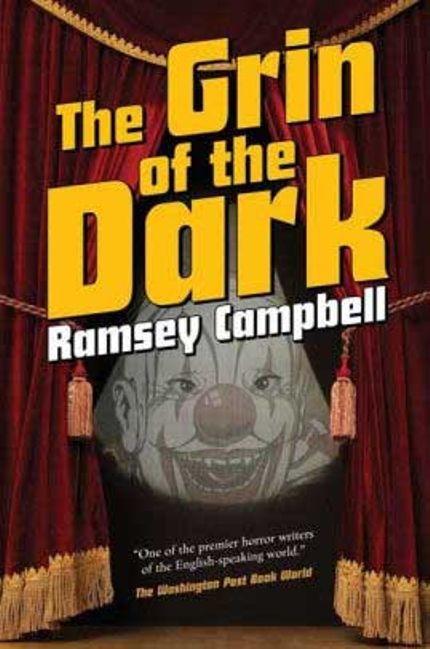 The Grin of the Dark

One of the many subjects Campbell excels at writing about is film. As Carl Dreadstone, he wrote novelizations of several of the classic Universal monster movies in the 1970s. And in The Grin of the Dark, he follows a film critic who has decided to try to write a book about the life—and mysterious disappearance—of one of the great comedians of the silent era, Tubby Thackeray, whose audiences sometimes literally laughed themselves to death. Before long, the critic is haunted by disembodied laughter and a wide, threatening grin…

The Grin of the Dark 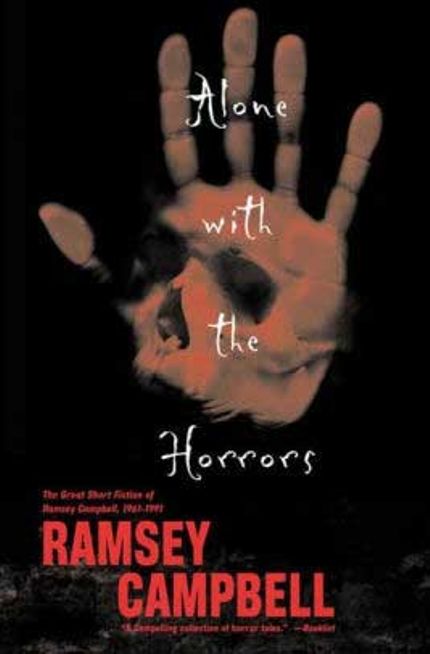 Alone with the Horrors

In addition to dozens of novels, Ramsey Campbell has published hundreds of short stories and more than 20 collections over the years, so there is no shortage of shorter tales available for those who like their scares in more compact packages. This “best of” collection gathers many of Campbell’s most haunting short stories from 1961 to 1991 into one volume, and serves as a perfect primer for Campbell’s extensive library of short, shivery tales.

Alone with the Horrors duplicates a handful of the stories in Cold Print, including the title story, but also contains a number of other Campbell classics such as “Down There,” “The Brood,” “The Other Side,” “Mackintosh Willy,” “The Scar,” and “In the Bag,” which won the British Fantasy Award for Best Short Story.

Alone with the Horrors 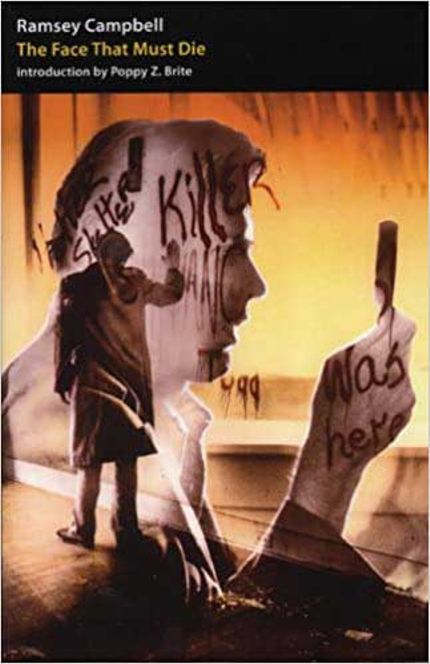 The Face That Must Die

Campbell’s mother suffered from schizophrenia and paranoia, experiences that shaped his early novels, including The Doll Who Ate His Mother and especially The Face That Must Die. This novel was passed on by several publishers for being “too grim,” and was finally released in a heavily expurgated form in 1979. A restored version of the author’s original text wasn’t published until 1983, but this realistic tale of a homophobic serial killer has since been considered one of the Campbell’s best works.

Related: How Growing Empathy in Horror Makes for Better (and Scarier) Movies

The Face That Must Die 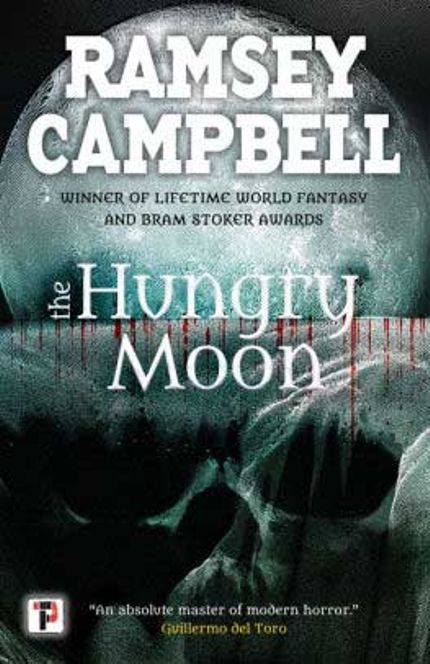 An isolated town in northern England has kept the traditions of their druid ancestors alive for generations, until a fanatical evangelist decides to put a stop to their idolatry. When he descends into the pit that is home to the ancient being the locals worship, however, he inadvertently unleashes a horrifying entity. Originally published in 1986, during the horror boom begun by novelists like Stephen King, The Hungry Moon is vintage Campbell, and Kirkus Reviews called it his best “in every respect.” 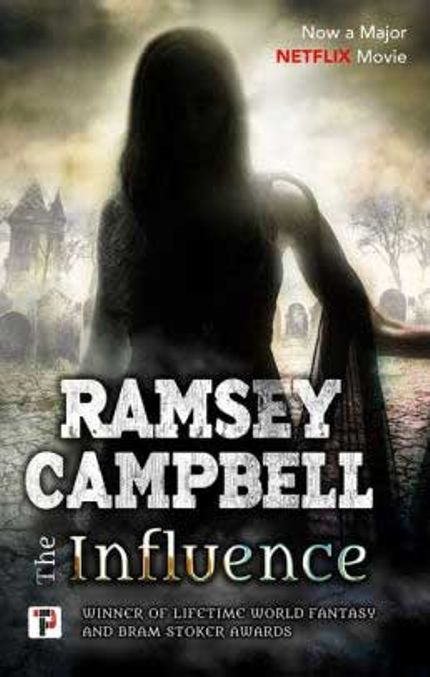 According to Publishers Weekly, this “chilling work” is the “fullest treatment of one of Campbell’s recurring themes—the psychic violence family members wreak upon one another.” Made into a Netflix film in 2019, The Influence was originally published during the horror boom of the 1980s, and sees the ailing matriarch of a tight-knit family extend her power over her granddaughter from beyond the grave. 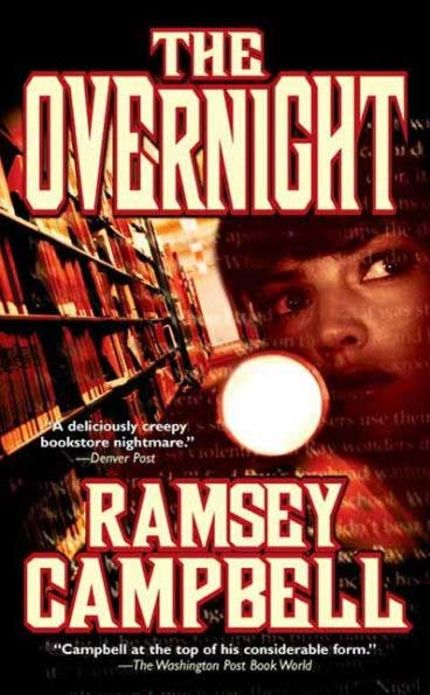 What better place for a scary story to be set than a bookstore—especially one like Texts, located in a foggy strip mall and seemingly plagued at every turn by accidents, arguments, and uncanny occurrences. As the staff is locked in for an overnight spree of stocking and shelving to get ready for a pre-Christmas inspection by the upper brass, things take a turn for the worse. Damp, silent, unseen things have been waiting in the basements and backrooms of the bookstore, and now that the doors are locked for the night, they’re coming out…