Riveting true crime tales from a master of narrative journalism.

Born in St. Louis, Missouri in 1951, Mark Bowden graduated from Loyola University Maryland in 1973 before becoming a staff writer for The Philadelphia Inquirer, a position that he held from 1979 to 2003. It was during his tenure at the Inquirer that he wrote his first few books, and arguably his most famous—the bestseller Black Hawk Down, which was adapted into an Academy Award-winning film.

It was while Bowden was working at the Inquirer that he also wrote the 2001 book Killing Pablo, a detailed, suspenseful account of the 15-month manhunt to take down Colombian drug lord Pablo Escobar. Both Killing Pablo and Black Hawk Down first appeared as extensive serials in The Philadelphia Inquirer before Bowden adapted his coverage of the events into critically acclaimed books.

Related: Don Lasseter: Where to Begin with the Veteran True Crime Author

While these volumes may be Bowden’s best-known publications, they're far from his only accomplishments. As an investigative reporter, he published articles in Vanity Fair, Sports Illustrated, The New Yorker, Business Insider, and Rolling Stone, to name a few—in addition to The Atlantic, where he currently works as a national correspondent.

A finalist for the National Book Award, Bowden is now the author of more than a dozen nonfiction books. His work has earned him a lifetime achievement award from the International Thriller Writers organization, and led The New York Times to dub him a “master of narrative journalism.”

Bowden’s latest book, The Case of the Vanishing Blonde, collects six of the most riveting true crime stories of his career—from puzzling cold cases to the terrifying search for a killer within the ranks of the LAPD. If you’re looking to investigate the best Mark Bowden books, here are half a dozen of his most compelling true crime volumes to get you started.

The Case of the Vanishing Blonde

A woman vanishes from a Miami hotel room in the middle of the night, only to show up the next morning, face-down in the weeds at the edge of the Everglades. She's been beaten, sexually assaulted, and left for dead. Miraculously, the victim lives, but her memory of the events is muddled, to the point where she can’t even recall the details of her attack. Her lawyer brings a civil case against the hotel, and they hire a tough Long Island P.I. who becomes obsessed with cracking the case and bringing the perpetrators to justice.

This astounding true story—which originally found a home in the pages of Vanity Fair—is just one of the powerful true crime tales chronicled in The Case of the Vanishing Blonde. The startling new collection collects six distinct investigations from the author's decades-long career as an award-winning investigative journalist, spanning cold cases to shocking police corruption within the ranks of the LAPD. Publishers Weekly, in its starred review, hailed the new release as "Engrossing... New readers will want to seek out Bowden’s book-length nonfiction after devouring this." 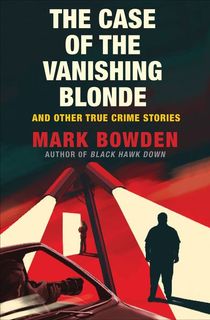 Joey Coyle had the kind of windfall that most people only dream about. He stumbled upon more than a million dollars in unmarked bills that had fallen out of an armored car and were left in a South Philadelphia street. Within a decade of his stroke of luck, Coyle was dead by his own hand—just months before John Cusack would play him in the 1993 film Money for Nothing. In Finders Keepers, Mark Bowden recounts the twists and turns of this incredible and “unexpectedly moving” (Entertainment Weekly) story of drugs, paranoia, mobsters, the FBI, and much more, all to tell a gripping tale of one man’s extraordinary luck—and how that luck became his downfall. 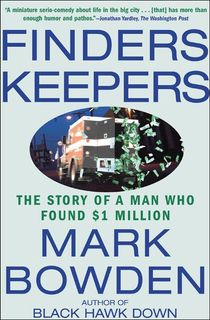 Subtitled “The First Digital World War,” this “masterpiece” (The Philadelphia Inquirer) of a true-to-life cyber thriller tells the astonishing story of the Conficker worm, a computer virus that infected more than 15 million computers in nearly 200 countries in 2008, including the British Parliament and the German military.

As hackers, tech entrepreneurs, computer security experts, and lawmakers sought to find a way to bring the worm to a halt, those who created it came very close to bringing the world to its knees. Bowden gives a detailed account in this chilling and thoroughly researched book that depicts the battle between a computer virus and the world’s foremost experts. 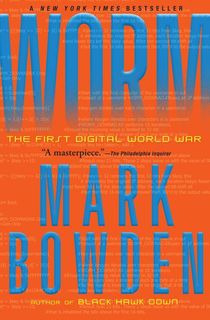 Mark Bowden’s first book tells the “shocking” (Baltimore Sun) true story of America’s most unlikely drug lord—a seemingly mild-mannered family man living in the Philadelphia suburbs. Dr. Larry Lavin was not only a dentist with a thriving practice, but the kingpin of a cocaine empire that spread across the country and brought in more than $60 million per year. In Bowden’s hands this “shocking American tragedy” (Pittsburgh Post-Gazette) becomes a “compelling morality tale” (The Arizona Republic) that must be read to be believed. 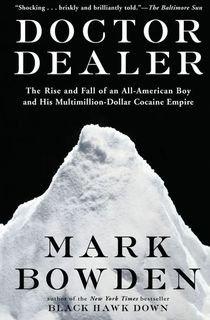 Few stories are as compelling for true crime readers as a baffling cold case. In 1975, sisters Katherine and Sheila Lyon, aged 10 and 12, disappeared from a shopping mall in the suburbs of Washington, D.C. Nearly four decades later, authorities were no closer to solving the mystery than when the girls first vanished—until a detective found a detail in the case file that others had missed.

Related: Justice for the Lyon Sisters: How a 40-Year Cold Case Was Finally Solved

A small clue brought several investigators to look into a man named Lloyd Lee Welch. A compulsive liar who was then serving time for child molestation in Delaware, Welch sat at the head of a bizarre Appalachian clan filled with secrets. Mark Bowden had covered the case as a cub reporter when news of the disappearance first broke back in 1975. In The Last Stone, he returns to finally tell its end, in a book that Time magazine calls “deeply unsettling.” 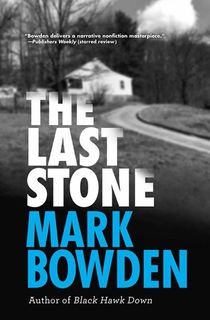 In the 1980s and ‘90s, Pablo Escobar and his Medellín Cartel ran the cocaine trade into the United States. Escobar was worth an estimated $30 billion at the time of his death in 1993, when he was killed in a shootout with Colombian police.

Originally published as a series of 31 articles in The Philadelphia Inquirer, Mark Bowden’s account of the international manhunt that ultimately brought down the drug lord and dismantled his empire is probably the journalist’s best-known book besides Black Hawk Down. In Killing Pablo, the “master journalist” (The Wall Street Journal) tracks every breathtaking moment that led to the death of Colombia’s “King of Cocaine,” in a story by “one of our best writers of muscular nonfiction” (The Denver Post). 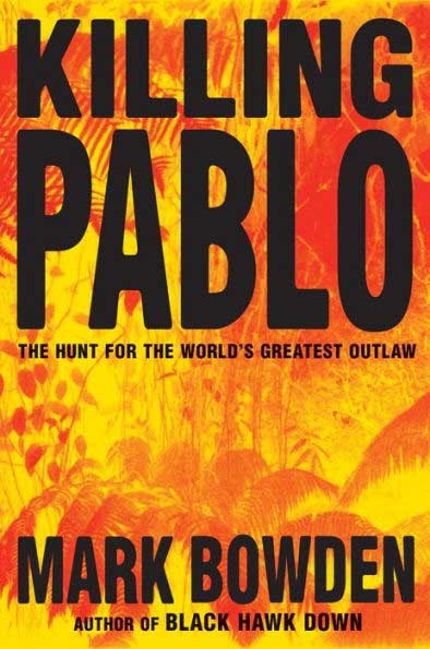 This post is sponsored by Open Road Media. Thank you for supporting our partners, who make it possible for The Lineup to celebrate the true crime you love.