Justice for the Lyon Sisters: How a 40-Year Cold Case Was Finally Solved

On March 25, 1975, 10-year-old Katherine Mary Lyon and 12-year-old Sheila Mary Lyon disappeared without a trace after a routine trip to the mall in a suburb of Washington, D.C. The case of the Lyon sisters—as they were known—brought national media attention and led to one of the largest police investigations in D.C. history. However, it wouldn’t be until 2013 that a break in the case finally came, leading cold case investigators to a ruthless killer who had evaded justice for nearly four decades.

On March 25, 1975, the Lyon sisters left their home just before noon, with plans to visit the Wheaton Plaza shopping mall, just a half-mile from their home. At 1:00 P.M., the girls were spotted talking to an unidentified man outside of the Orange Bowl, an eatery inside the mall. The girls’ older brother Jay then saw them an hour later at the same Orange Bowl eating pizza. Sometime shortly after 2:00 P.M., the girls were spotted once again walking home from the mall–this would be the last known sighting of the Lyon sisters. Their mother had set a curfew of 4:00 P.M. When that time came and went, police were called and an active search began.

The police first focused their efforts on the man who was spotted speaking to the Lyon sisters outside The Orange Bowl. He was described as a six-foot tall man in his 50s, wearing a brown suit and carrying a briefcase with a tape recorder inside. Apparently, the man in question had spoken to numerous young children in the area over the previous few weeks and had asked them to read a message into the microphone concealed in his briefcase.

Related: The Chilling, Unsolved Murder of the Grimes Sisters

This lead ultimately proved fruitless, however, as it turned out the man was actually field-testing a brand new recording device. Several other investigations also withered, and after months of false leads and failed investigations, the case ultimately went cold.

It wasn’t until 2013, when cold case investigators re-opened the case, that a seemingly prime suspect came under suspicion. That someone was Lloyd Lee Welch, Jr. Welch had been at Wheaton Plaza at the same time as the Lyon sisters, and was apparently staring at the two girls so intensely that a friend of the sisters approached Welch in the mall and questioned his motivations.

Want more cold cases? Sign up for The Lineup's newsletter, and get our best true crime stories sent straight to your inbox.

That friend gave police a description of Welch: late teens or early 20s, long hair, acne scars, and poorly dressed. A police sketch artist rendered a drawing that looked remarkably similar to Welch, yet the sketch was never widely disseminated amongst the police or the media. If it had been, police may have recognized Welch, since he came to visit them not long after the abduction took place.

A week after the investigation began, local media printed a description of the ‘tape recorder man’; the individual seen speaking to the Lyon Sisters and several other young children holding a microphone in his briefcase. The day that this description was printed, Welch visited police and claimed to have witnessed the abduction.

Related: A Body in Kentucky: The 30-Year-Long Mystery of “Tent Girl”

Welch’s story went like this: He was at Wheaton Plaza and saw the tape recorder man speaking to the two girls. He then witnessed that same man forcibly shove them into his car before speeding off. When investigators gave Welch a lie detector test, he failed it miserably. Welch was 18 at the time, a traveling carnival worker, shabbily dressed, and sporting long hair and acne scars. He subsequently admitted to lying about witnessing the abduction, but since investigators were not privy to the sketch artist’s rendering, they let him go.

It wasn’t until 2014 when cold case detectives uncovered new evidence in the woods of Thaxton, Virginia that they then began looking into Welch as a person of interest.

Police interviewed Welch’s cousin, Henry Parker, who admitted to detectives that he had helped Welch dispose of two heavy duffel bags in 1975. According to Parker, each bag “weighed about 60 or 70 pounds and smelled like death.” Parker claimed he tossed the bags into a fire without checking their contents.

At the time the cold case investigation was opened, Welch was serving time in a Delaware prison for child molestation. He initially denied any wrongdoing in the Lyon sisters case, but was indicted on first-degree murder charges and, after a lengthy police interrogation, eventually confessed.

The extraordinary interrogative techniques which police relied on to coax a confession out of Welch–a child molester, murderer and compulsive liar–are profiled in author Mark Bowden’s latest true crime book, The Last Stone. Bowden covered the case in 1975 while working as a cub reporter for a Baltimore newspaper. After a long and prolific writing career, he returns to cover the spectacular ending to one of Washington, D.C.’s most notorious cold cases. 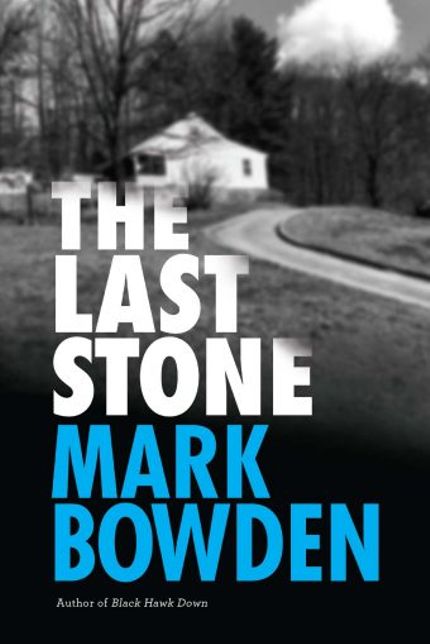 This post is sponsored by Grove Atlantic. Thank you for supporting our partners, who make it possible for The Lineup to celebrate the true crime stories you love.