John Wayne Gacy AKA "The Killer Clown" raped and murdered at least 33—crimes he died for in 1994. These are the rarely-discussed details of his life.

The story of John Wayne Gacy, one of the most sick and depraved serial killers of all time, is made all the more twisted by the fact that he appeared to be such a normal, upstanding member of his community in Cook County, Illinois. It is well known that Gacy—sometimes referred to as the Killer Clown because he dressed as one for charity functions—raped and murdered at least 33 young boys and men in the 1970s and 80s, burying the bodies in the crawlspace under his home.

There is, however, a good deal more to Gacy’s horrifying tale that is not as commonly discussed. These nine little-known facts about John Wayne Gacy, the Killer Clown, will haunt your for days.

Like many serial killers, Gacy grew up in an abusive home. Though he was close to his mother and two sisters, Gacy’s father attacked him, verbally and physically, from the start. Gacy’s father called his overweight, uncoordinated son a “sissy” and a “f*ggot,” insisting that the boy would inevitably be a disappointment. Of course, Gacy grew up desperately trying—and failing—to please this cruel man. He also internalized his father’s homophobia, which later manifested in bizarre forms of self-denial and self-hatred. In the same breath, Gacy would assert how much he loathed “f*gs,” then describe his sexual encounters with other men.

During his three months in that role, Gacy slept on a cot behind the embalming room. Gacy would later admit that he got inside a coffin with the embalmed corpse of a young man one night, kissing and caressing it.

In 1967, Gacy sexually assaulted a 15-year-old boy, the son of one of his friends from a political club. He was ordered to undergo a psychiatric evaluation after charges were brought against him. Gacy was diagnosed with antisocial personality disorder, and one psychiatrist noted his intense inability to take responsibility for his actions: He vehemently denied everything, claiming he had been a victim of circumstance. Gacy was sentenced to 10 years in prison but only served 18 months, as he was a model prisoner during his incarceration.

‘”Sam, could you do me a favor?’ A telephone call, seven short words, a simple-enough request. That’s how it all began,” writes Amirante in his chilling memoir John Wayne Gacy: Defending a Monster.

One night, a wildly-intoxicated Gacy called an emergency meeting with his lawyers. Over the course of the night, he proceeded to drunkenly, and casually, as if telling a banal story, recount the rapes and murders he had committed over the past decade, claiming the body count was probably around 30. Amirante wrote that watching Gacy admit to murdering dozens of men as nonchalantly as he might recall the events of a football game shocked him to his core.

During his 14 years on death row, Gacy painted, and clowns were one of his most common subjects. Until 1985, Gacy was actually able to earn money from selling these paintings.

Related: No Seconds: The Last Meals of Death Row Inmates

In 1984, Amirante created the Missing Child Recovery Act. Prior to this legislation, Illinois authorities had to wait 72 hours after a child was reported missing before beginning a search. Amirante’s legislature removed this 72 hour waiting period, allowing authorities to begin searching right away. Other states adapted similar laws, and a nationwide network for missing children was gradually formed, today known as the Amber Alert System. 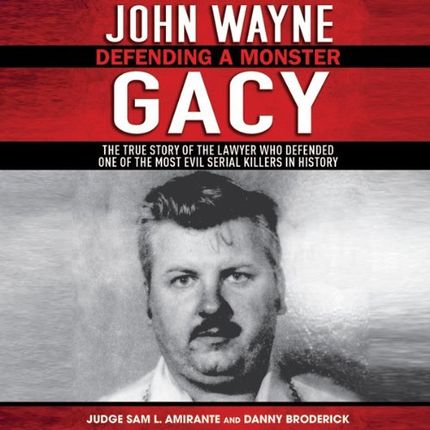