A family cover up, or an elusive intruder?

JonBenét Ramsey was murdered on December 25, 1996. But we may never know by whom. The Colorado beauty queen had been officially missing for only seven hours before the discovery of her body in the Ramsey family basement. The once vivacious six-year-old had a broken skull, and had been strangled with a garrote—a gruesome death for anyone, let alone a child. Though the crime took the media by storm, this haunting homicide is still unsolved. But that doesn't mean there haven't been theories.

Was the crime scene staged by parents who had killed their own child? Who were the Ramsey's protecting when they hindered the police investigation? Could it have truly been an intruder who took the young girl's life? And if not, who did the mysterious DNA found on her body belong to? And just how much of this investigation was doomed to failure from the start due to mishandling from the police?

Here are seven crucial true crime accounts of the JonBenét Ramsey tragedy for readers who are desperate to find their own answers.

We Have Your Daughter

Paula Woodward, an Emmy Award-winning investigative journalist, delivers an insider's perspective on the sensationalized case of JonBenét Ramsey's heinous murder. This book includes police reports seen no where else, and traces the misinformation in the media that led to the looming myths of this unsolved crime. Drawing on 20-years of research, Woodward divulges private conversations with law enforcement and family members of the victim, and provides letters from teachers, excerpts from John Ramsey's journal, and drawings from the happy, typical six-year-old herself. 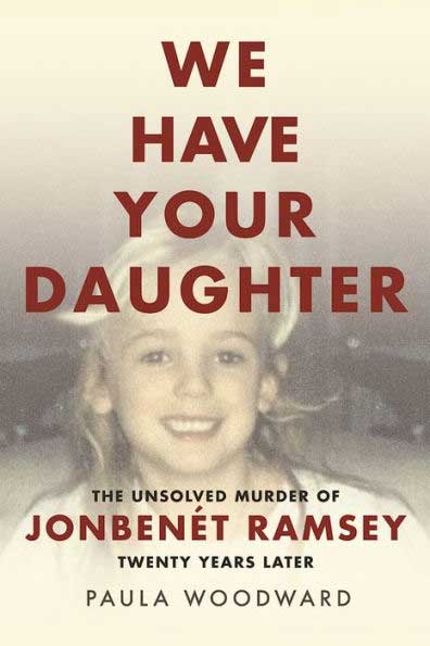 Dr. Cyril Wecht, a leading forensic pathologist, and Charles Bosworth, Jr., an award winning journalist, come together in this riveting book to expose the truths behind the tragic Christmas Day of JonBenét's murder. Wecht wields his expertise to draw shocking new conclusions from the public record. He believes JonBenét's death was an accident, rather than a deliberate crime, and that evidence implies sexual abuse leading up to her death. Furthermore, Who Killed JonBenet Ramsey? posits that the "intruder theory” contradicts the evidence at the crime scene. But who does Dr. Wecht believe truly killed the six-year-old beauty queen?

Related: The New Trailer for “The Case of: JonBenét Ramsey” Will Make Your Blood Run Cold 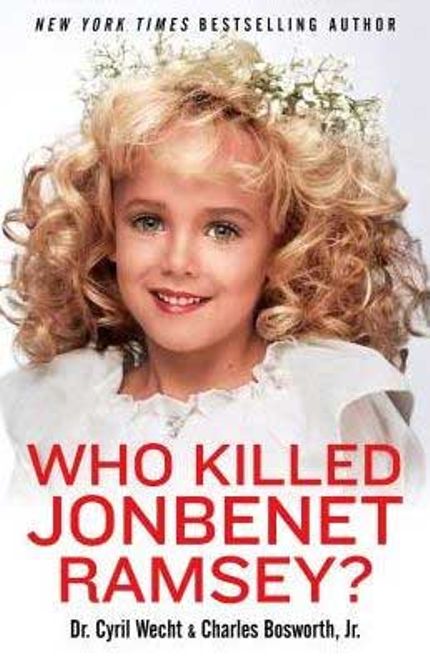 Lawrence Schiller painstakingly recreates the murder of JonBenét Ramsey in Perfect Murder, Perfect Town. He paints a portrait of the enigmatic Ramsey family—a family suddenly targeted with suspicion and distrust by the media and their own community. But why were the Ramsey's capable of guiding the police's investigation if they were considered such likely suspects? Is there any validity to the belief that an intruder could have murdered the young girl? And what truths can the ransom note expose for the case? 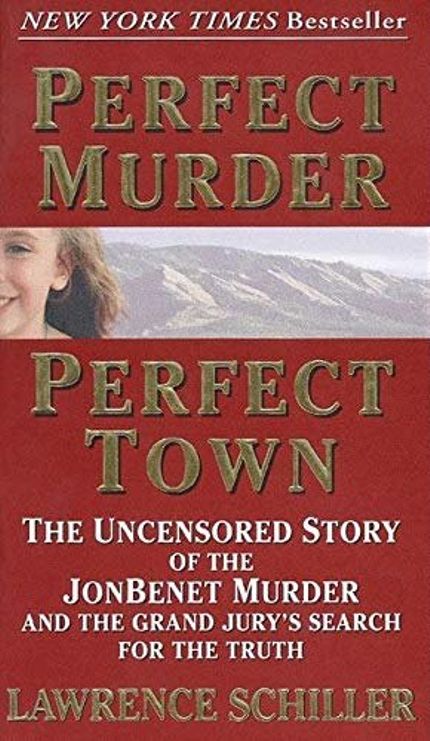 The Other Side of Suffering

By John Ramsey with Marie Chapian

John Ramsey once lived the ideal life—rich and well-respected in the community, he had a loving family at home. But tragedy first struck in 1992, when his oldest daughter perished in a car accident. Four years later, on Christmas Day, his six-year-old daughter JonBenét Ramsey was murdered. John was the one who discovered her body. Overcome with grief, suspicion was hurled at John and his wife, Patsy. But even though the struggles of those accusation ceased when their names were cleared, the tragedies didn't stop. In 2006, John lost Patsy to cancer.

This is the heart-wrenching account from John Ramsey himself of how faith guided him through the darkest times of his life. 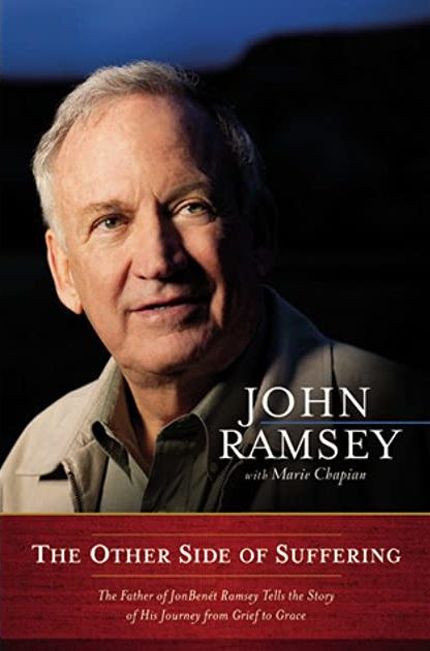 Want more true crime? Sign up for The Lineup's newsletter, and get the most chilling cases delivered straight to your inbox.

JonBenet: Inside the Ramsey Murder Investigation

By Donald A. Davis and Steve Thomas

Former lead Boulder Police detective Steve Thomas takes readers into the murder case that galvanized the nation in the mid-90s. Tracing the evidence in vivid detail Thomas follows the case to shocking conclusions. He explores how from the very beginning, the JonBenét Ramsey case was botched by crime scene tampering allowed by the police. He dives into the reasoning behind the protection of John and Patsy Ramsey from early questioning and lie detector tests, despite erratic and conflicting behavior. Finally, he looks into why crucial evidence in the case was ignored, while the Ramsey's were given sensitive information regarding the investigation. 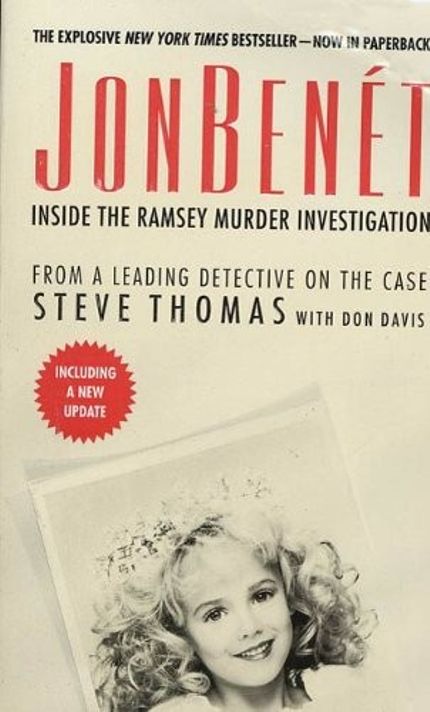 By A. James Kolar

Author A. James Kolar—another former lead investigator in the JonBenét Ramsey homicide—speaks out in this revealing true crime text. He boldly debunks the theories of a lone intruder or sexual predator, and exposes evidence once available only to a select few. While offering new insight into the events leading up to the young beauty queen's death, this book may change the perception of this shocking murder case forever. 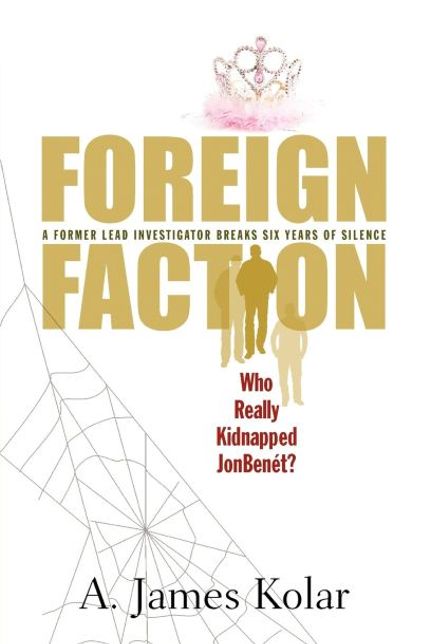 Listen Carefully: Truth and Evidence in the JonBenet Ramsey Case

Listen Carefully: Truth and Evidence in the JonBenet Ramsey Case contains a dozen incredibly revealing pages of evidence in the JonBenét Ramsey case. From previously hidden DNA reports from Bode Cellmark Forensics to the reveal of John and Patsy Ramsey's 1999 indictment by Grand Jury, this detailed overview aims to separate cold, hard evidence from the growing myths about this divisive homicide. Including a thorough linguistic analysis of the ransom note, handwriting comparisons, new photos, footnotes, house plans, and timelines, this book is essential for the reader who wants to look at this case from every possible angle. 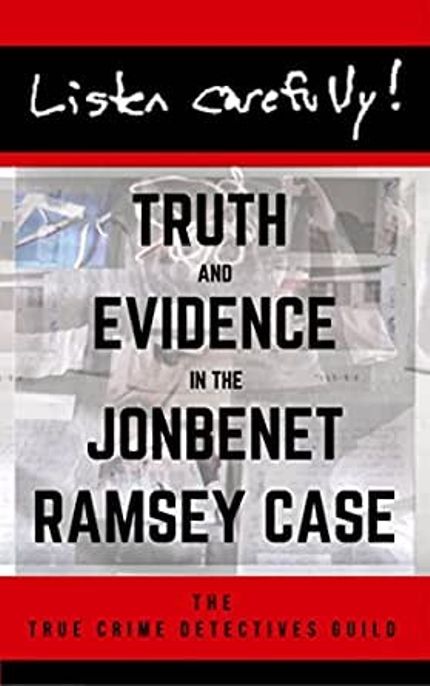 Want more true crime? Sign up for The Lineup's newsletter, and get the most chilling cases delivered straight to your inbox.