7 Books About Unsolved Crimes That Still Haunt Us

Maybe you can be the one to finally crack the case ... before it cracks you.

By Jessica Ferri | Published Oct 20, 2016
These true crime reads about unsolved crimes are sure to keep you up into the early morning hours, as you turn these mysteries over and over again in your mind. To this date, they’ve never been solved. Who knows—maybe you can be the one to finally crack the case … before it cracks you.

1. Who Killed My Daughter?, by Lois Duncan 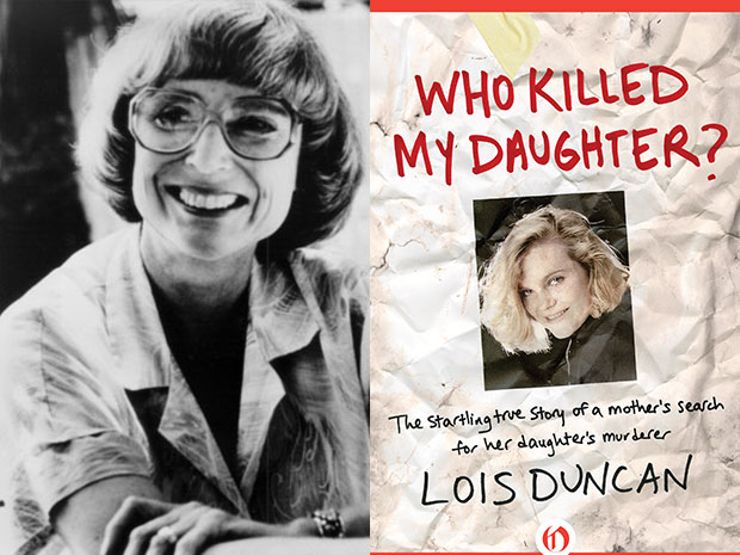 As the writer of YA suspense novels (including I Know What You Did Last Summer), Lois Duncan was well acquainted with chilling murder mysteries. But she never thought her life would become one. In 1989, her youngest child Kaitlyn Arquette was shot to death while driving home from a friend’s house in Albuquerque, New Mexico. Frustrated by the authorities’ inability to solve the crime, Duncan took matters into her own hands. Her investigation resulted in the book Who Killed My Daughter?, published in 1992. Though police had thought the crime random, Duncan believed her daughter was a victim of her boyfriend’s involvement with a gang. Tragically, Kaitlyn’s murder has never been solved, and Duncan died in June 2016.

Read an excerpt of “Who Killed My Daughter?”. Download on Amazon, Barnes & Noble, iTunes, and Open Road Media. 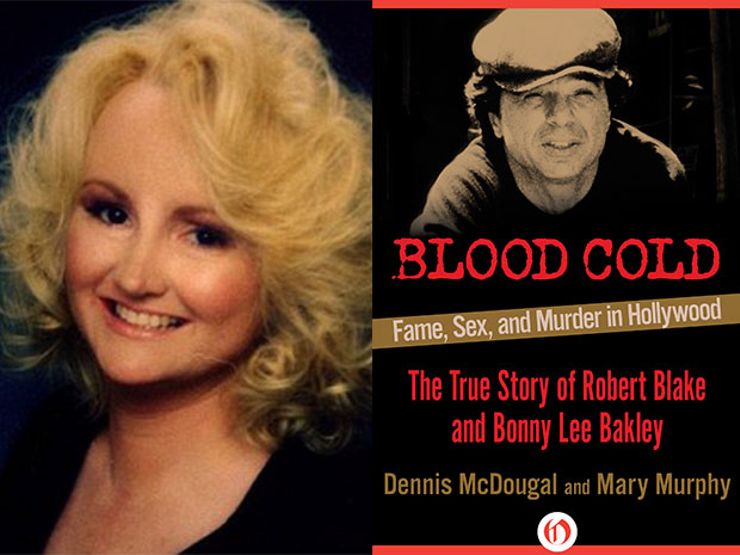 Actor Robert Blake’s trial for the murder of his wife Bonnie Lee Bakley was like something out of the movies—a famous actor murders conning wife and gets away with it. Except, this time, it was the real thing. In 2001, Bakley was found dead in her car from two gunshot wounds after a night out with her husband at his favorite Italian restaurant. The facts of the case seemed to point directly to Blake. But justice would not be so clear-cut, and Blake was never convicted of her death. Journalist Dennis McDougal and entertainment-media expert Mary Murphy chronicle an unsolved crime worthy of any classic Hollywood noir in Blood Cold.

3. We Have Your Daughter, by Paula Woodward 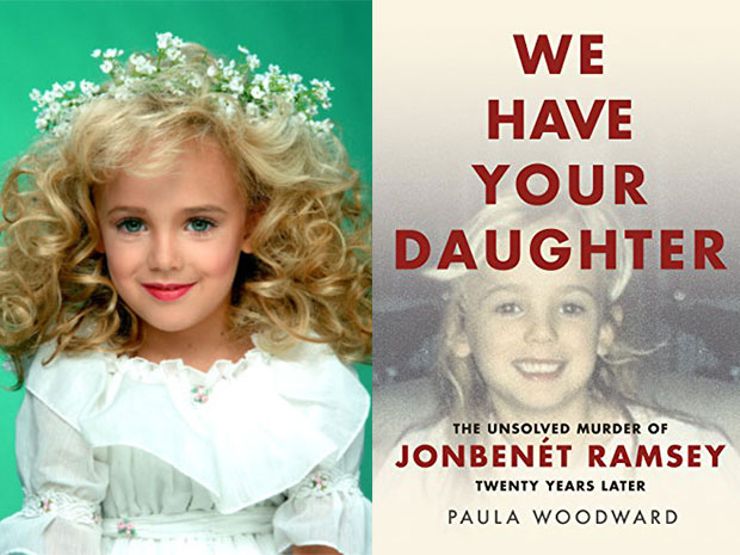 The 20th anniversary of the murder of JonBenét Ramsey has revitalized interest in this horrific and brutal unsolved crime, potentially one of the most notorious unsolved murders in American history. Journalist Paula Woodward gathers all the evidence into We Have Your Daughter, which includes new information on the case, conversations with JonBenét’s mother, Patsy Ramsey, before her death in 2006, and recollections from Burke, JonBenét’s brother, who has never spoken about the crime until now. There still seems to be two warring factions in the court of public opinion: The intruder theory (which the family stands behind), and the idea that the killer is a family member. Which theory do you believe?

Download on  Amazon, Barnes & Noble, and iTunes.
Related: The New Trailer for “The Case of: JonBenét Ramsey” Will Make Your Blood Run Cold

4. The Wrong Man, by James Neff 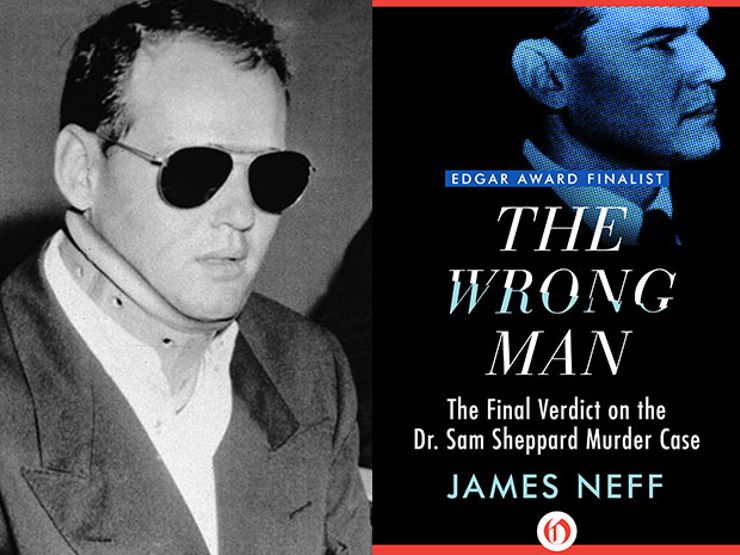 The trial of Dr. Sam Sheppard, for the murder of his wife Marilyn, gripped the nation in 1954. Dr. Sheppard claimed the same assailant who then beat his wife to death knocked him unconscious, and therefore he had nothing do with the murder. But the police had other ideas. Was it possible that this charismatic, young doctor was capable of such a brutal crime? Though Sheppard was convicted of the murder in 1954, he was granted a retrial in 1966 and found not guilty—leaving the murder of Marilyn unsolved. Published in 2001, Joseph Neff’s The Wrong Man revisits the media circus surrounding this notorious case and new evidence, including DNA, unsealed testimony, prison diaries, and interviews with the Sheppard family that makes a strong case for Sheppard’s innocence … and reveals the identity of the potential killer. 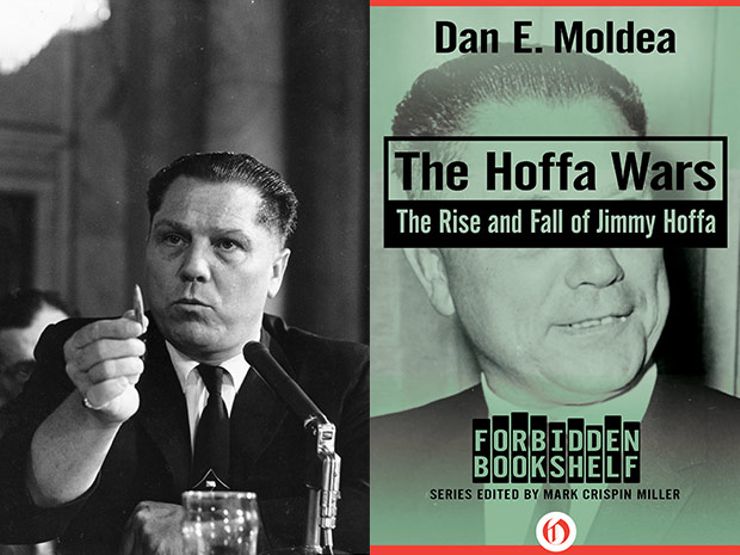 Who killed Jimmy Hoffa? We may never know. Dan E. Moldea’s definitive history of the life and times of Jimmy Hoffa may be the closest we ever get to solving the case. In The Hoffa Wars, Moldea tracks Hoffa’s rise to becoming one America’s most powerful union leaders. But all that power comes with a price. As the leader of the International Brotherhood of Teamsters, Hoffa became enmeshed in organized crime. He was convicted of jury tampering, bribery, and fraud. Just a few years after being released from prison, he disappeared. His body has never been found, and his assumed murder has never been solved. 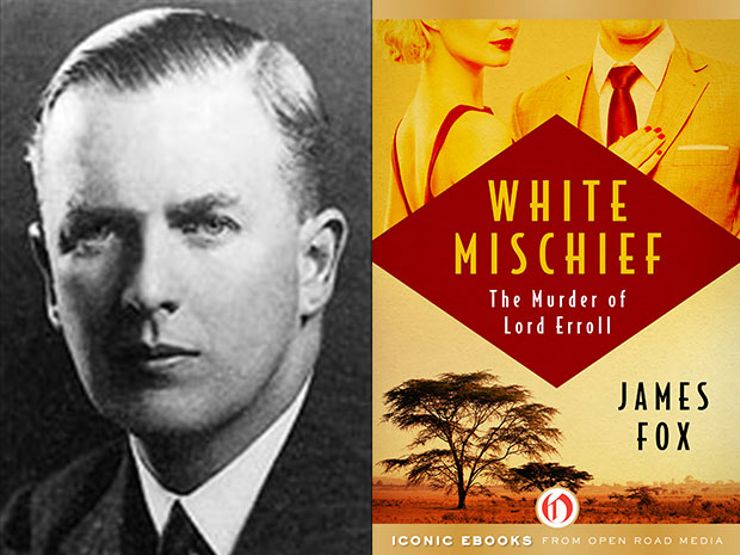 In the 1920s and 1930s, a group of British expatriates became known as the “Happy Valley set,” living a life of indulgence and scandal in the Happy Valley of Kenya. Josslyn Hey, the 22nd Earl of Enroll, fit in nicely, and had begun an affair with the married Lady Diana Broughton. On January 24, 1941, Lord Erroll was found shot dead in his Buick. Though everyone assumed it must have been Lady Broughton’s husband, Sir Jock, who had murdered Lord Erroll, there were complications on bringing him to justice. James Fox chronicles this fascinating unsolved true crime and the unique, hedonistic lifestyle of the Happy Valley set in his book White Mischief. 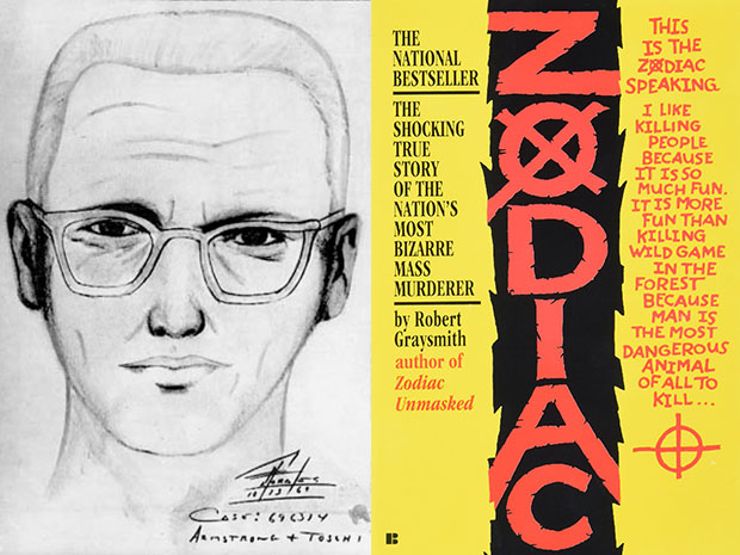 In the 1960s, Robert Graysmith was working as a cartoonist for the San Francisco Chronicle when the paper starting receiving some very strange mail. The correspondence came from a killer who claimed to have committed several murders in the Bay Area. The strange symbols and cryptograms included in the notes led the public to refer to the murderer as the Zodiac killer. Graysmith’s initial curiosity about the mystery evolved into a total obsession. For 10 years he pursued all the evidence on the Zodiac killer, and in 1986 his book, Zodiac, was published. In 2007 it became the inspiration for David Fincher’s film of the same title. Despite the fact that many suspects were named, the Zodiac case remains unsolved.

Featured Still from "The Case of: JonBenet Ramsey" via CBS