On the Boundless Catharsis of Horror with Award-Winning Author Zin E. Rocklyn

Rocklyn's genre-defying, heart-wrenching work is an emerging force in the world of dark fiction.

If you’re a fan of dark, speculative fiction with a dash of horror, you’re probably familiar with Zin E. Rocklyn’s work. They’ve been featured in several Bram Stoker Award-nominated anthologies and their novella, Flowers for the Sea, debuted with Tor.com in 2021.

Alongside Craig Lawrence Ginley, Rocklyn also won the inaugural Joseph S. Pulver Sr. Weird Fiction Award—announced at Necronomicon Providence 2022. This award was created to honor vital contributions to the field of weird fiction and is named after the late Joseph S. Pulver Sr.—a tireless advocate for inclusivity in weird fiction and adjacent genres.

We were thrilled to sit down and chat with Rocklyn about why they love horror, how they protect their mental health while writing dark fiction, and how they’d spend time with their favorite villains.

Hi, thanks so much for talking to us today. Can you introduce yourself to our readers and tell us why you love horror?

Sure! My name is Zin E. Rocklyn. I’m a queer, genderqueer, Black author who writes primarily dark fantasy and horror. And I absolutely love horror. I’m obsessed with everything about it. There is so much that is inherently fearful about being human and the catharsis that horror offers is unrivaled in any other genre, in my opinion. It touches on such human emotions and helps you process, understand, and in a way, get a deeper understanding of yourself, your limitations, and your boundaries. Horror is incredible. It’s a lot more ubiquitous than a lot of people give it credit for.

Yes! Long live horror! When did you start writing?

I've always loved stories. When I was a kid, the second a story ended, even if it seemed like I was asleep, I was up and begging my dad to read it again. I started writing for myself when I was around eight or nine. I was really into Fear Street at the time. I’ve always loved slasher and supernatural stories the most. And I realized that there were no Black people in the series. There were no Black women in them. So, I felt like I had to put myself in there. That’s when I initially started writing.

In college, I remember taking a creative writing class to fulfill some credits, and the professor told me that he did a ton of research because he thought I plagiarized everything. Which was the weirdest backhanded compliment ever, but it did make me realize that I might have some skill when it comes to writing stories.

As far as writing as a career, that didn’t really happen until 2016. I was working for a small, family-owned company and had kind of stopped caring so much. It was the first time I had ever been fired from a major job, but I became a lot more bold in the sense of wanting to do something that made me happy. I was tired of doing things that were status quo and not fulfilling. I decided, I have to do this thing I love, I want to do it. And I just gave it a shot.

That’s so inspiring. I think it’s incredible that you chose to pursue a career that made you happy instead of settling. Do you have a writing routine?

I don’t, which is terrible. I’m a pantster at heart but I’m learning to develop a little bit more of a story before sitting down and writing. I usually obsess over the story so much that I think of all the scenarios possible beforehand. If a scene comes to me and I think it’s really cool, I’ll run it over and over in my mind to make sure it will actually work before writing it down. I don’t tend to write myself into corners too often, but every once in a while, I will. And it’s frustrating. So, I’ve been working on taking it out of my brain and put it on paper.

I do try to write at least every other day. Writing is really cathartic for me. It’s relaxing in the most stressful way possible. I do make soundtracks on Spotify, and I have one for Flowers for the Sea. I listen to a lot more instrumental works than songs with lyrics, and if it has lyrics, I’ll play it until the lyrics don’t matter and it’s just the sound of the music. But overall, I’m trying to be more disciplined and stick to a routine.

Flowers for the Sea 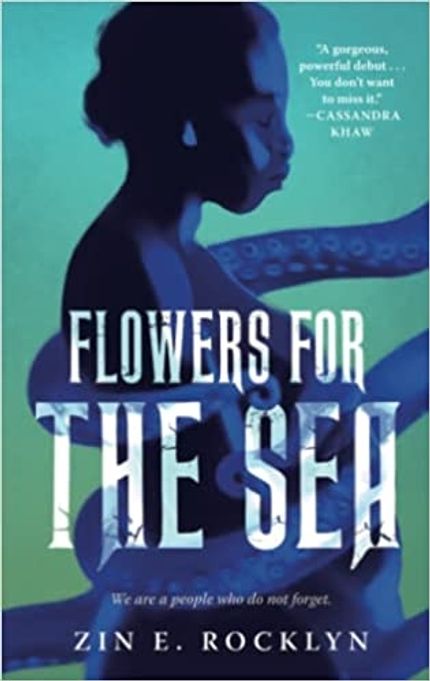 The first story I read was one of your short fiction pieces before finding your novella. How has the experience or process of writing various formats changed?

My process should change, is what the answer should be. But I just love stories in general. I was doing flash fiction for a while because I like the idea of it being a teaser, where you’re dropped into the action immediately and you have to make sense of it. You’ve got to be absorbed by it. I think it’s an interesting challenge to create short stories, and that’s what drew me to them initially.

I primarily started out writing short novels, back when I was eight or nine years old. I was writing Fear Street-type fiction, so one-hundred and fifty pages, somewhere in there. And that’s essentially a novella. Going back to that was a lot of fun in the sense of it being nostalgic for me.

For that, the process is definitely different. You have that limited scope, where you don’t want to necessarily introduce a bunch of new characters, but there’s still a lot more room to play with. I’m a complete megalomaniac when I write where I know the reader wants to know certain things but I’m not going to give it to them. A novella has a lot more room to play with that and gives the audience a chance to be more absorbed in the narrative. So, novellas are a lot of fun for me to write.

You mentioned that writing horror is cathartic and that it’s relaxing in the most stressful way possible, and your stories tackle a lot of difficult themes and narratives. Could you talk about how you protect your mental health while writing?

Oh, I am definitely still learning how to protect my mental health, but in a way going to those dark places and writing them out is a therapeutic experience. I recently started therapy, but for years, writing was my therapy. Sometimes a story would start as something that felt distanced from me, but ends up being very personal, so I’ve had to learn how to check in with myself and he honest about if I’m ready to reveal and share something. It can be a hard balance. At the same time, it feels like if I wrote it, there’s a reason, so sometimes I feel like maybe that means I am ready to open that wound and start healing.

I still struggle with this in personal essays. There’s an essay I’ve been working on. I don’t have the best relationship with my mother, so this is something I’ve been working on for years now. It’s something I’m passionate about because I really do want to understand the difficulty that is this relationship, and I want to work through it. But there are some obstacles keeping me from completing it. It’s helped me realize that if I’m not completing something, it’s because I’m not ready to face it.

There have been stories that have been released before I was ready to have them out in the world. It can be very scary, very vulnerable. Sometimes it’s difficult to tell. I think I’m ready and then it comes out, and I’ve had to lick my wounds. It’s a learning lesson, but I do try to be more cautious.

Now, I focus on aftercare. I make sure that I take my breaks, that I’m drinking water, that I’m getting enough sleep. Very basic things, which I still haven’t mastered, but I’m working on it. I battle several types of depression and PTSD, as well as general anxiety, so I have to make sure I take my meds and be aware of when I feel like I’m starting to spiral. Can I discern what the trigger was? Do I know how to work through it? And then making sure that I’m taking care of myself while I’m in it. It’s a challenge, but I try to learn and move forward. 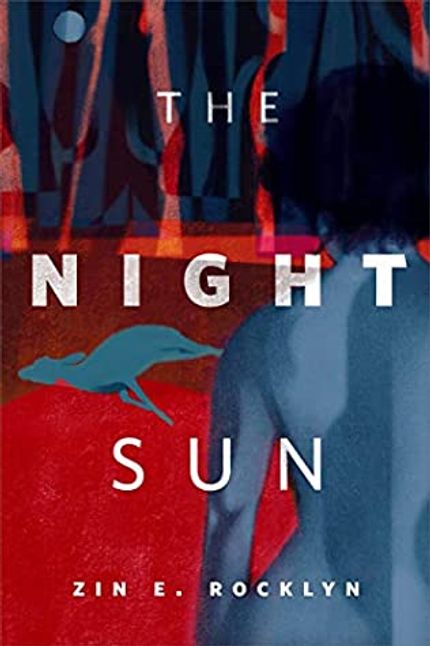 I love that. Learn and move forward. What do you hope readers will take away from your writing?

Mostly, I hope for those to see the humanity of Black women and Black characters. It sounds so basic, but there’s still these rudimentary stereotypes that are still floating around, and I see it in how I interact with others and how they interact with me. Something as simple as the face that I know metal bands is shocking to people.

It’s 2022, and it’s just so weird that these things are still around. I hope reader’s minds will be expanded and that they can see the vulnerability, the humanity, and the softness of Black women. That we are deserving of love and affection and protection just like anybody else.

I also hope that it generates some support for other Black female horror writers. Women like Paula Ashe, Donyae Coles, and W.C. Dunlap. They’re all excellent authors and I can’t wait for the world to see more work from them. They’re absolutely amazing.

Before we go, let’s have some fun. If you had to pick two villains to hang out with, who would you pick and what would you be plotting together?

Ohhh, Hannibal Lector, for sure. I’m absolutely obsessed with Mads Mikkelsen. I loved his portrayal, but I also really love how much Anthony Hopkins chews on the screen. I absolutely adore it. But, I in this case, I have to lean towards Mads. And we are definitely planning a wedding banquet. It happens to be a throuple between me, Hannibal, and Will, because we all know he’s not giving up Will.

For my other villain, I’m going to say Pinhead. I’m obsessed with him. And we’re playing cards. You know, sitting around playing rummy.

That’s amazing. Can you tell us what’s next?

I’m working on my second novella for TOR.com. It’s basically about Cinderella if she were a gay, Black mercenary. And I’m working on some short stories at the same time, a few for anthologies, a few just for me. I’m hoping we get a date for my novella soon, but when we do, I’ll definitely make a splash.