A True Account of Murder: An Interview with Catherine Pelonero

Gary Sweeney: The name "Joseph Christopher" probably doesn't resonate with people like "Jeffrey Dahmer," "John Wayne Gacy," or "David Berkowitz." Can you provide some background on this individual and his crimes?

Catherine Pelonero: Joseph Christopher was 25 years old when he started his killing spree in my hometown of Buffalo, New York. In a span of three days, he shot four black men at random. The shootings were all ambush style—shoot an unsuspecting victim and flee. This made the murders all the more terrifying because the victims were caught off guard, killed on public streets or parking lots in view of witnesses. Christopher’s killing spree began just three years after the eerily similar Son of Sam murders in New York City, so the public was already aware of this type of surprise attack serial murder.

Ten days after the shootings, two cab drivers were found gruesomely stabbed and bludgeoned to death. Both had their hearts removed. Both victims were black men. Fear and paranoia just exploded. No one knew if there was a second killer or killers on the loose or if the so-called .22 Caliber Killer had adopted more horrific tactics. The police followed thousands of leads but no prime suspect surfaced in any of the murders.

A little more than two months later, just days before Christmas 1980, six black men were attacked in a single day in midtown Manhattan in New York City. The attacks bore a striking similarity to the .22 caliber shootings in Buffalo during the previous fall, except this time the victims were ambushed with a knife instead of a gun. The local press dubbed this phantom killer the Midtown Slasher. Authorities in Buffalo and New York City discussed the possibility of a link but they were skeptical, until days later when several black men were stabbed on the streets of Buffalo and Rochester. Much to everyone’s horror, it seemed there was a white serial killer roaming New York state, killing black men.

Police had no leads until April of 1981 when they received a call from Army officials at Fort Benning, Georgia. The Army had Private Joseph G. Christopher of Buffalo in custody for stabbing a black soldier. Christopher spent time in both the stockade and the psychiatric unit at the Army hospital. While in the psych ward, he had talked to nurses and a guard about having killed people in New York.

GS: His killings were said to be racially motivated. Yet, friends of Christopher said that he harbored no ill will towards African Americans. What reason could he have had for these attacks?

CP: That was the big question, because Joseph Christopher had many black friends, all of whom said that Joe had never shown any racial animosity whatsoever. The story is complex, of course, as true stories always are, but the bottom line is that Joseph Christopher developed paranoid schizophrenia.

GS: What makes him significant and what attracted you to his case?

CP: My interest was originally piqued because it took place in my hometown. I was living in the Buffalo area when the killings were happening but I was in grade school at the time and knew very little about what was going on. After the publication of Kitty Genovese, my sister suggested I write a book about the .22 Caliber Killer/Midtown Slasher. The more I looked into the case, the more I felt I absolutely had to tell the story.

Christopher had always been portrayed as a man who, for no rhyme or reason, became a virulent racist overnight and tried to start a one-man race war. I figured there had to be much more to it than that, but I was stunned when I really got into the research and learned all the details. I’ve researched a lot of crimes and homicides but I’d never come across a story that was so achingly tragic on every level imaginable.

GS: Why do you think Christopher hasn't been covered as much as other serial killers?

CP: I honestly don’t know. It could be that the people closest to Joseph Christopher were more reluctant to speak about him at the time. It could be because the killing spree was so short in duration—less than four months—or because the victims were black and male. It’s impossible to say for sure, but I felt strongly that the story needed to be told.

Related: 10 Worst Serial Killers of All Time Ranked by Their Number of Victims

GS: It's interesting that Christopher first murdered by gun, and then by stabbing. It's unusual for a killer to change their method this way. Was this done to confuse law enforcement, in your opinion?

CP: No, I don’t believe Christopher made a conscious effort to confuse law enforcement by changing from gun to knife. He had gotten rid of the gun and, for reasons he probably didn’t even understand, opted for a blade instead. It’s important to note that while the weapon changed, the modus operandi did not. All the attacks were quick, strike-and-run assaults on strangers.

GS: Your previous book, Kitty Genovese: A True Account of a Public Murder and Its Private Consequences, was very well-received. However, the Genovese case seemed to be more about public response than the actual crime. Was the process of writing Absolute Madness different in that regard?

CP: Yes, very different, although I always place my focus on the people rather than the events. With Absolute Madness my focus was essentially on the life and persona of Joseph Christopher. It’s somewhat of a biography, and a very sad one.

Related: Kitty Genovese: The Woman Who Was Stabbed to Death While Witnesses Did Nothing

GS: Serial killers are often mentally ill. But their deeds are usually so horrifying that it's hard to absolve them from responsibility. How much of Joseph Christopher's story is about mental illness?

CP: It’s important to quantify mental illness. For instance, Winston Moseley, the murderer of Kitty Genovese, was a sociopath. That’s a mental illness but it’s far removed from paranoid schizophrenia in the sense that Moseley did not suffer from delusions or hear voices. I think it’s fair to say that Christopher’s mind betrayed him. He killed out of abject fear and paranoid delusion, which is not the case with the majority of serial killers.

GS: Was this case handled properly by investigators?

CP: I think the investigators did a superior job. They had very little to work with as far as forensic evidence or viable leads. I spent a lot of time going through the police records. The files in this case consist of thousands of pages. The investigators were tenacious, but their task was daunting, to say the least. I don’t think most people realize how difficult it is to solve cases of stranger on stranger homicide, particularly in cases like this where the assailant and victim have only fleeting contact. All things considered, and having looked very carefully through the records, I’d say the investigation was a model of its kind.

GS: What was your goal in writing Absolute Madness?

My goal in writing Absolute Madness was to add to public knowledge by telling a true story that needed to be told. There are so many what-ifs, the primary one being what if Joseph Christopher had gotten the help he asked for before his mental state spiraled hopelessly out of control? A major thing that struck me as I was researching and writing this story was how timely it is. A broken mental health system. Racial divide and animosity. Politics superseding justice. The story is every bit as relevant now as it was back then in the 1980s. And that is perhaps the biggest tragedy of all. 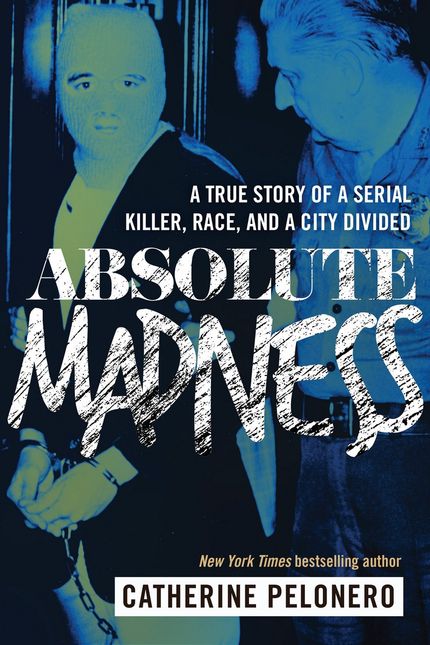