Peek inside their dark minds...

The public is haunted by the deranged nature of serial killers. Many want to know the grisly details of a killer's crime; they read media reports or seek out true crime documentaries that cover a particular case. Yet it’s strange to think about heading to a bookstore and picking up a book written by a murderer. We have favorite authors, but favorite serial killer authors?

Book publishers, at least most of them, likely share the same hesitant feelings about publishing serial killer-authored books. Thanks to Son of Sam Laws, first passed in the late 1970s, serial killers are prohibited from profiting directly from any writing about their crimes. Yet they’re still able to bask in the attention generated by their publications—even as the profits often go to the victims’ families.

If the idea of a serial killer writing a book intrigues you as much as it does us, then read on. Here are some of the most chilling books written by killers. 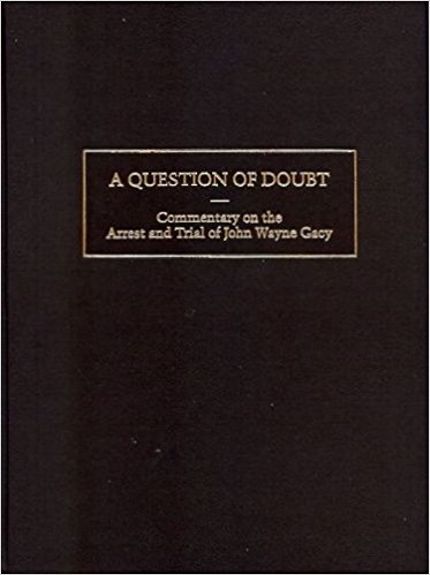 A Question of Doubt

John Wayne Gacy, aka “The Killer Clown”, is one of the most infamous serial killers of all time, after being convicted and sentenced to death for his crimes of murdering 33 people ages 9-20. Gacy selected several of his victims from his inner circle, but mostly wandered the streets in search of runaways and hustlers. Once the victims were in his home, he would handcuff them as if getting ready to perform a magic trick. He would then take advantage of the binding to torture and rape them, and consequently strangle them and bury the bodies in the crawl space under his home.

Gacy collaborated with Shane Bugbee to write his book A Question of Doubt, in which he blames other parties for the corpses found under his house. He says in the preface:

This is not an autobiography covering my entire life, but a detailed account of the nightmare I lived from December 11, 1978, until March 13, 1980. This is the history of the concoction of lies and calculated deceit created by the police and the news media …

In 1993, an estimated 500 copies of the book were published, but it’s no longer in print. If you’re looking to get your hands on a copy, keep looking. From time to time, these slim, hardcover books will pop up on eBay for hundreds of dollars, but even that is a rare occurrence.

A Question of Doubt 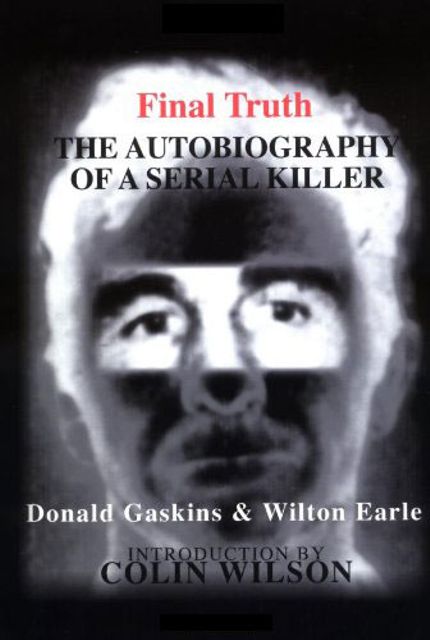 By Donald Gaskins and Wilton Earle

American serial killer Donald Gaskins, better known as Pee Wee Gaskins for his short (5’4”) stature, killed 13 people and buried their bodies in the woods of South Carolina. Though convicted for eight murders in 1975, in his autobiography he states that he killed as many as 110 people.

Those who knew him described him as a hard-working, helpful man, though many found his choice of vehicle—a hearse—peculiar. Gaskins was executed in the electric chair in 1991. Initially sentenced to life in prison, Gaskins’ sentence was increased to the death penalty after he murdered a fellow prisoner.

Gaskins told Wilton Earle, who conducted interviews with him and wrote the autobiography Final Truth, that during his life he’d been consumed by a “bothersomeness” that could only be soothed with violence.

Final Truth is out of print, but true crime collectors can order a hardcover copy from third-party sellers on Amazon, starting at $145.

By Donald Gaskins and Wilton Earle 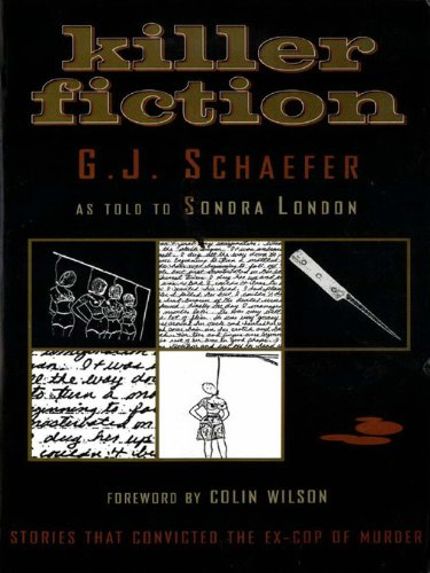 Gerard John Schaefer was convicted for two murders, but he might have committed many more. Although his true victim count will likely remain unknown, he claims to have killed more than 80 women.

In 1973, Schaefer was convicted of torturing and murdering teenagers Susan Place and Georgia Jessup, but evidence pointed to him having many more victims. He often referenced the other murders he committed. During a police search of his house, belongings of many disappeared women were found.

Killer Fiction is a volume of some of Schaefer’s fiction, published by Sondra London in 1990. London, who dated Schaefer in high school, got in touch with him to publish his story. Instead, Schaefer sent her his fiction, which he considered works of art.

However, police saw something deeper in the fiction. In fact, the revised edition of Killer Fiction includes letters from Schaefer that seem to confess to many of his crimes. He asked, “What crimes am I supposed to confess? Farmer? Briscolina? What do you think [“Murder Demons”] is? You want confessions but don’t recognize them when I anoint you with them and we’ve just gotten started.” 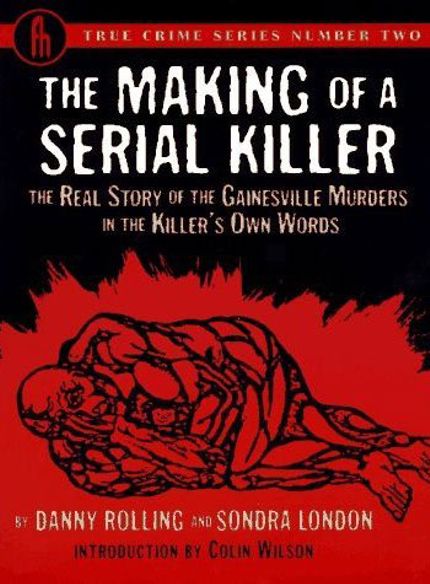 The Making of a Serial Killer: The Real Story of the Gainesville Murders in the Killer’s Own Words

By Danny Rolling and Sondra London

Danny Rolling was a prolific serial killer, better known as the “Gainesville Ripper,” who terrorized Florida like his predecessor Ted Bundy. During a 48-hour killing spree in 1990, Rolling raped and murdered four women and killed one man. Rolling would then mutilate victims and pose them in disturbing manners, including placing one victim’s head on a shelf, looking at her own body.

In The Making of a Serial Killer, Rolling goes into the gruesome details of the five murders of the Gainesville college students, reflecting on his troubled childhood and how it shaped him into a killer. The book was also co-authored by Sondra London, Rolling’s fiancée at the time and the high-school girlfriend of G.J. Schaefer.

After being convicted for the five murders he describes in the book, Rolling was put to death by lethal injection in 2006.

The Making of a Serial Killer: The Real Story of the Gainesville Murders in the Killer’s Own Words

By Danny Rolling and Sondra London 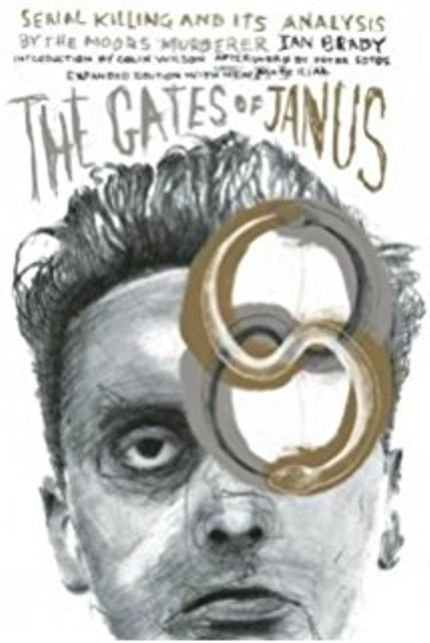 The Gates of Janus: Serial Killing and Its Analysis

In the early 1960s, Ian Brady and his lover Myra Hindley murdered three children in Manchester, England, burying their bodies along the moors. The “Moors murderers” later confessed to two additional murders.

Gates of Janus is Brady’s attempt to explain the inner machinations of a serial killer’s mind. He puts forth a theory about the birth of the modern-day serial killer, citing accounts of notorious killers like Ted Bundy and John Wayne Gacy.

Although Brady does not directly discuss his own crimes, his insight into the minds of other killers make it obvious that his mind operates in a similar manner. Draw your own conclusions about the state of Brady’s mind after reading Gates of Janus.

The Gates of Janus: Serial Killing and Its Analysis 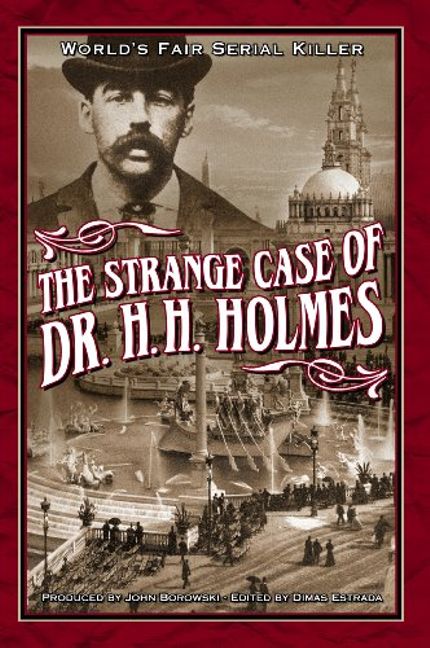 More famously known as H.H. Holmes, Herman Webster Mudgett is considered to be one of the first American serial killers. He admitted to killing 27 people in the 1890s, but is suspected of killing as many as 200. Only nine murders have been conclusively tied to Holmes, despite the mysterious disappearances that followed him for decades.

Mudgett terrorized the citizens of Chicago, luring in victims, torturing them, and then disposing of their bodies in his “Murder Castle,” an entire city block he purchased and renovated for his murderous inclinations. Ultimately, he was convicted for the murder of Benjamin Pitezel and sentenced to death.

Several tabloids offered Holmes money to confess while he was in prison, but his confession was utter rubbish: he provided uncorroborated details about his family life and claimed he was possessed by Satan. “I was born with the devil in me,” he stated.

The Strange Case of Dr. H. H. Holmes opens with Holmes’ autobiography, written in 1895 and closes with his confession of 27 murders, written in 1896. 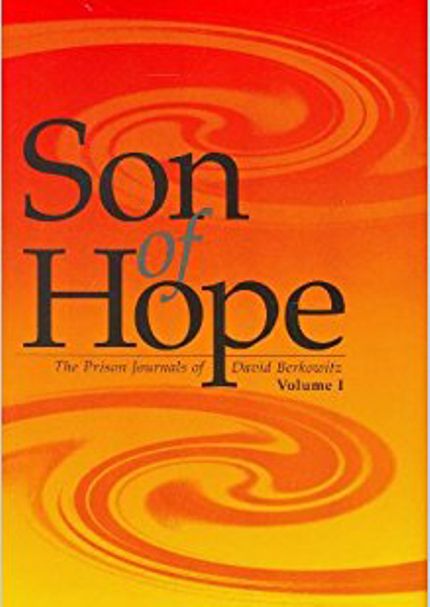 David Berkowitz, nicknamed “The .44 Caliber Killer,” killed six people and wounded seven between July 1976 and August 1977. Also called Son of Sam, Berkowitz targeted women with long, dark hair. The murder spree so terrified New York City that many woman cut their hair, dyed it, or wore wigs to try to keep themselves safe.

Son of Hope chronicles the killer’s transformation into a devout, born-again Christian. Berkowitz admits to his crimes and unlike most other serial killer authors do in their books, doesn’t explain in detail his killings.

In the book, he discusses his self-destructive personality and how he empathizes with his parents for doing their best to raise a delinquent, possessed child. Berkowitz thought that he was possessed by Satan and that he would never be forgiven by God. While he was in prison, however, he found salvation. Son of Hope features Berkowitz’s prison journals, which detail his prison experience and explain his rebirth as a Christian.

Because the laws passed in his name, Berkowitz doesn’t profit from his book sales––all profits go to victims of his crimes.

If you’re looking to get your hands on a copy, Son of Hope is on sale on Amazon from third-party sellers starting at $60. 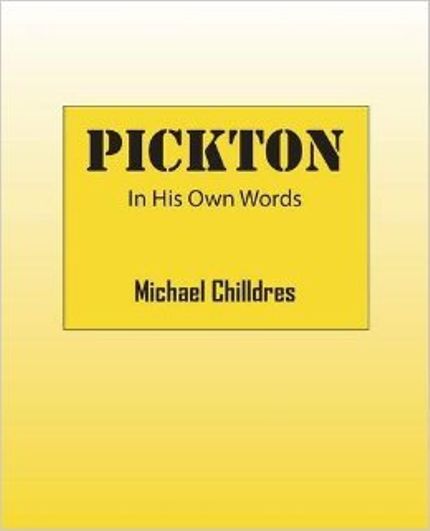 Pickton: In His Own Words

Robert Pickton was a multi-millionaire Canadian pig farmer who was convicted in 2007 of killing six women. He is currently serving a life sentence.

Friends of his testified that he bragged about killing dozens of women, dismembering their bodies, and then feeding the remains to the pigs on his farm after mixing the flesh with ground pig meat. Pickton confessed that he was “a bad dude” and that he would be convicted of the 49 murders he committed.

Pickton: In His Own Words was originally published under the name Michael Chilldres, but it was eventually discovered that Pickton wrote the book himself. After 50,000 people signed a Change.org petition in February 2016 demanding the book's removal, Pickton’s work was removed from Amazon, and from Barnes & Noble. If you’re looking for a copy you’ll have to do some digging through eBay, as the book has become somewhat of a collector's item.

Unlike the U.S.’s Son of Sam Laws, Canadian law doesn’t prevent criminals from profiting from their crimes, so whether you want to put money in Pickton’s pocket is up to you––that is, if you can find his book.

Pickton: In His Own Words