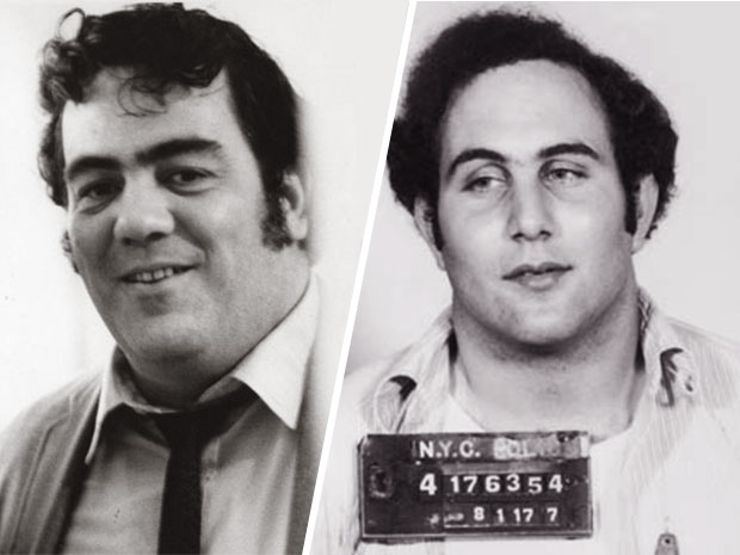 With the March 19, 2017 passing of Jimmy Breslin, journalism in general and New York City in particular lost a giant. The newspaper columnist, beat reporter, true-crime author, and caustic, fearless, funny, outspoken chronicler of the city’s 1970s “Rotten Apple” era finally closed the cover on his typewriter at age 88.

Perhaps most famously, Jimmy Breslin also proved to be one of the key figures in the capture of one of New York’s most notorious serial killers, David Berkowitz aka “Son of Sam.”

The heavy, disheveled, and often bombastic Breslin built his status as New York’s premiere newspaperman by personally walking the streets of all five boroughs. From there, he brilliantly reported on the embattled metropolis’ common people, have-nots, and outcasts. 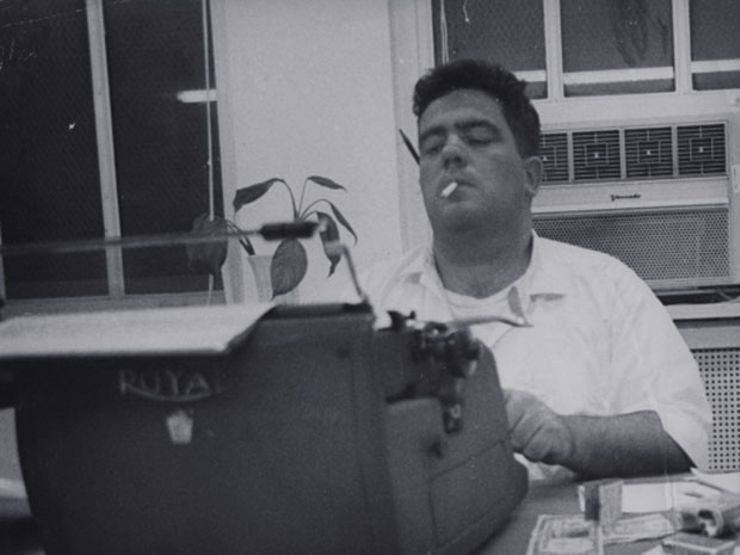 In addition, Queens native Breslin immortalized an array of crazily colorful local crime figures with whom he’d break bread (in between their bouts of breaking heads)—ruffians on the order of arsonist “Marvin the Torch” and “Un Occhio,” a one-eyed Mafia captain who kept a live wolf on a chain at his feet.

Given that track record, it seems to make sense that when postal-worker-gone-psycho David Berkowitz sought out a public contact, he went for Breslin.

Beginning on July 29, 1976, David Berkowitz terrorized the city with random shootings. He struck with no decipherable pattern and seemed to target women with long, dark hair—until he didn’t. The gunman’s weapon of choice begat Berkowitz’s initial nickname: “The .44-Caliber Killer.”

In April 1977, Berkowitz left a note at one crime scene addressed to the Chief of the NYPD. He announced he intended to keep killing and identified himself as “Beelzebub” and “The Chubby Behemoth” before signing off: “Yours in Murder, Mr. Monster.”

Then, at the end of May, Berkowitz wrote to Breslin by way of  The New York Daily News. This time, Berkowitz formally introduced himself by the moniker for which he has since been best known and most reviled: “Son of Sam.”

The News published the letter. In a handwritten scrawl of all capital letters, Berkowitz opened with poetic horror:

“Hello from the gutters of N.Y.C., which are filled with dog manure, vomit, stale wine, urine, and blood. Hello from the cracks in the sidewalks of N.Y.C. and from the ants that dwell in these cracks and feed on the dried blood of the dead that has settled into the cracks.”

From there, Berkowitz told Breslin he enjoyed the writer’s coverage of the .44-Caliber Killer case, implicated he’d strike again on the anniversary of the first shootings, and explained that he was being controlled by an evil father figure named “Sam.”

Despite the fact that Berkowitz also referred to himself in the letter as “The Duke of Death,” “The Wicked King Wicker,” “The Twenty-Two Disciples of Hell,” and “John Wheaties—Rapist and Suffocator of Young Girls,” the public latched on to “Son of Sam.” The public also flew into an understandable state of panic.

With the city crumbling and violent street crimes exploding everywhere, suddenly compounding the general fear, here arose a modern-day Jack the Ripper with A-plus writing skills. As Breslin later put it: “He’s the only killer I ever knew who knew how to use a semicolon.” 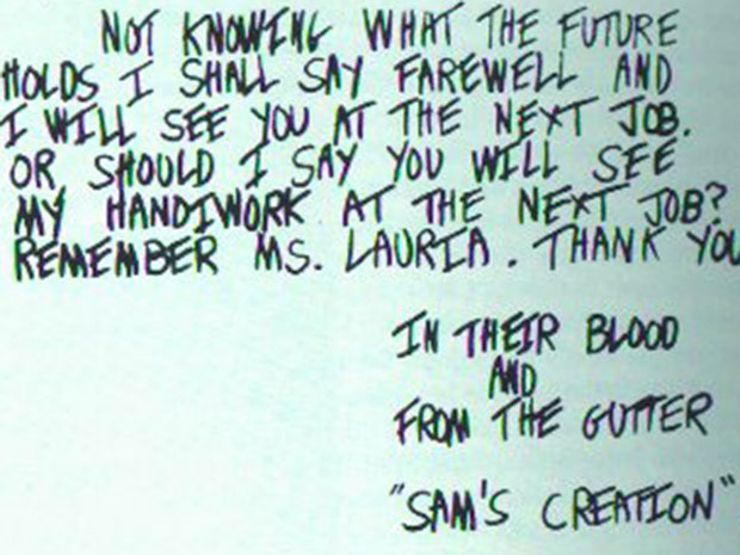 Part of the letter “Son of Sam” sent to Jimmy Breslin not published in the New York Daily News. Photo: Murderpedia

In his column, Breslin continually wrote about and directly to Son of Sam. The world watched, enraptured.

In the meantime, after suffering a night of insane riots, robberies, lootings, and arson with a city-wide blackout on July 13, New Yorkers dreaded July 29, the date on which Berkowitz indicated to expect him.

While no killing occurred that day, Berkowitz struck two days later in Brooklyn. This time, a number of witnesses emerged, supplying authorities with a partial plate number on the shooter’s yellow vehicle.

Read More: Forsaking All Others, by Jimmy Breslin

Following a weird street encounter with a deranged-seeming man and hearing shots in early August, Yonkers resident Cacilia Davis contacted the police. Detectives checked parking tickets from the area that evening and found a match for the suspected Son of Sam vehicle.

On August 10, Detective John Falotico and Detective Sergeant William Gardella located Berkowitz’s yellow Ford Galaxie outside his apartment and busted him. Berkowitz confessed and pleaded guilty to all charges. He received life sentences for each shooting. Jimmy Breslin, of course, was all over the story. 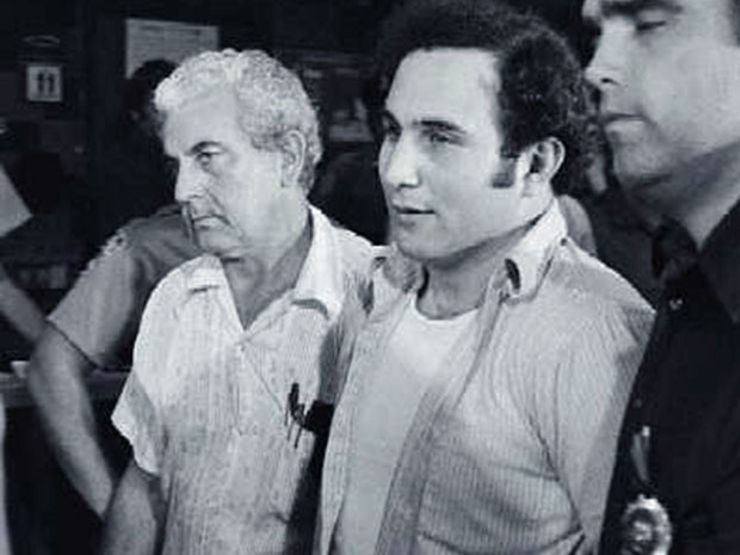 In 1970, Breslin authored a milestone in true-crime literature, The Gang That Couldn’t Shoot Straight. The best-seller comically novelized the real-life misadventures of Manhattan mobster “Crazy Joe” Gallo and his band of bumbling bad guys.

Breslin returned in 1978 to the fact-based criminal novel format with .44, a book about the Son of Sam killings he cowrote with Dick Schaap. He took some heat for this one—in large part because of his $350,000 advance ($1.2 million today) which, to some, seemed a tasteless means of cashing in on a still-open wound among New Yorkers.

Critics accused Breslin of exploitation, and even his millions of loyal readers shunned .44. When asked about the novel’s reception and disappointing sales, Breslin told People magazine: “Those f—ing critics are jealous. I was part of the story. I did the book for the money. What did everyone expect me to do?”

Nonetheless, Breslin and Berkowitz have remain intertwined in the popular consciousness since that first contact. Most vividly, Jimmy Breslin appears at the beginning and the end of Spike Lee’s 1999 dramatic film about the case, Summer of Sam. Breslin recalls his involvement with Berkowitz, the effect the murders had on the city, and he ends in his beloved signature style—by calling David Berkowitz a “sick f—k.”