Discover New Horror Books to Read Based on Your Zodiac Sign

Let the stars map your next terrifying adventure.

Whether you’re a full-blown believer, a skeptical dabbler, or a lighthearted consumer, astrology can be a playful and insightful way of understanding ourselves and the world around us via the exploration of archetype, metaphor, and universal themes. While many use astrology for all kinds of life decisions—big and small—we can think of no more fun—and cheeky—way of deciding your next spooky read.

Why not leave your next great horror scare to the stars? You never know what terrors might await.

Which Wednesday Character You Are Based on Your Zodiac Sign?

Aries is the fiery sign of the Ram. To say Aries is "headstrong" is an extreme understatement—but that also means that when Aries makes up their mind to do something they will blaze forward with incredible initiative. It's not always easy to get the blood of an Aries pumping. But the visceral nature of horror is a really good place to start.

After Michael Spencer gets in a car accident that kills his girlfriend, he awakens in a hospital in a small town in Montana. As he regains his mobility over time, he finds to community to be strange. People disappear with no explanation and are never mentioned again. Strangers constantly come and go, completely ignored by the locals. Michael prepares to go back home—and then his new girlfriend disappears. He stays behind to investigate, and the truth behind his time is more shocking than he himself can conceive. 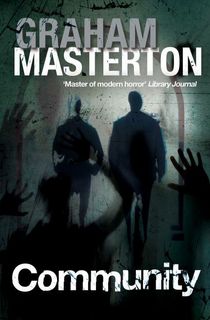 Taurus, the sign of the Bull, is a fixed earth sign. They know what they like and can be incredibly resistant to change and complications. While they are at times uncompromising, they can also be deeply devoted. Though practical in their daily lives, they can also have wildly sensuous desires. And don't forget that while they may have the patience of a saint, they can also have a possessive streak.

Amanda is supposed to be a talented architect in a loving marriage…not someone sending obscene memos to her boss. A strange noise in her apartment plagues her and her life is falls apart at the seams. She picks smoking back up, and for no clear reason, burns her husband with a cigarette. She steals. She meets strange men in bars. And she dreams nightly of a gorgeous, sharp-toothed woman amidst a sea of red. Is the voice taking root in her head a sign of possession, or the first step toward insanity? 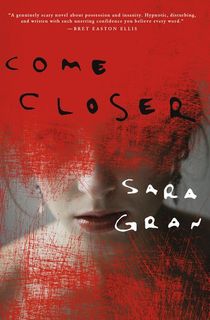 The air sign Gemini is represented by the Twin, which reflects their mercurial dual nature. This makes them adaptable and spontaneous—a definite leg-up when it comes to serial killers and terrors from an unnatural world. But this also means their interest shifts quickly as their curiosities drive them in new directions. In an effort to keep life fresh, they sometimes find themselves in more trouble than a bit of fun is worth.

In 1993, Claire's brother Sam fell through a basement window in an old textile factory. Claire left him to find out, but it turned out...the factory wasn't abandoned like they believed. 15 years later, Claire is a librarian drowning under the still-fresh guilt of her brother's death. Her life is quiet and lonely without her other half—until Sam starts paying her visits. In the midst of this startling development, an ambitious business developer arrives in town to turn the old textile factory into a retail space. But some violent pasts are better left untouched. 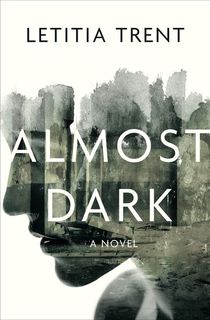 Cancer is a water sign of great internal depth, inclined to experience waves of strong emotion. This sign of the Crab is deeply loyal, empathetic, artistic, and eager to help those they care about. When out of balance, they can be mercurial, conniving pessimists who struggle to be vulnerable enough to trust.

Travis Glasgow is a horror writer who's just bought his first house with his wife, Jodie...which soon begins to wake him with strange noises in the night. Then there are the watery footprints in the basement, trailing out toward the lake and its eerie, inexplicable staircase. After finding out that the home's former occupant was a 10-year-old boy who drowned in that very lake, Travis starts to make connections to his own difficult childhood. Spiraling into a dark obsession, Travis follows the house's secrets to the lake, to the staircase, to the brink of madness... 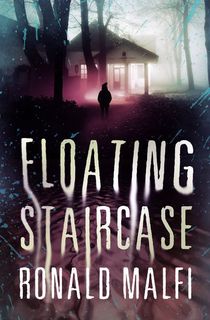 This sign of the Lion is bold, prideful, and keen to be the center of attention. While the fire sign can be passionate, fun-loving, and generous, they can also have a darker side marked by ego, inflexibility, and extravagance.

When Lit Moylan's godfather, Axel Kern, takes up residence in the huge house on the hill, he begins to throw parties full of all manner of depravity...with sinister purposes.

Things begin to change for Lit after one particular party. Touching a statue on display, she realizes she plays a bigger part in this strange world than she ever could have known. What unfolds before her is a world of secret societies and ancient gods, as dangerous as it is alluring. 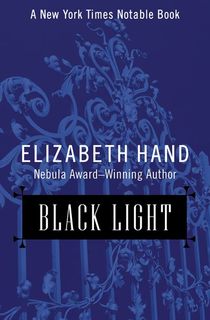 This earth sign displays traits of Mother Nature like compassion, hard work, humility, and innocence. Virgos can be the most rigid of all the signs, liking things done a precise and certain way. They can also be critical not only of themselves but of those around them. While a Virgo's anxious, practical, and analytical mind might position them as the most likely to survive a horror situation, they're just as likely to be the killer behind it all...

A horse goes mad, running off and killing a student. A metal dart impales a boy. The packed Ferris wheel spins out of control. And now Eve Forsythe is being terrorized in the Mirror Maze. A psycho is unleashing a dark evil upon the college, and Eve is right in the center of it all. 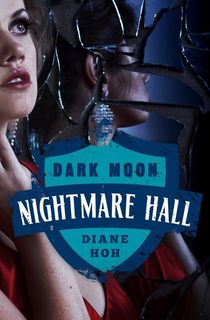 This air sign is all about equality and fairness, considering choices so thoroughly they can often be found drowning in indecision

Libras may be diplomatic and gracious, but be forewarned: if you get on their bad side, they are the best at holding a grudge. They love living in harmony, and even the smallest hint of imbalance throws them into a tizzy. Because of their soft hearts, they can be a bit squeamish about violence.

In 1993, 15-year-old Angelo Mazzone sees his very first dead body. It's a murder linked to the abduction of three other kids who've vanished over the last few months. Kids who have yet to be seen. It's said that the Piper has come to take the children away. And while some say the woods are haunted, Angelo and his friends venture in to track down a monster.

What they discover amongst the trees will change everything. 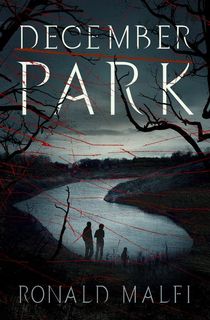 This is controversial water sign is also known as the sign of the Scorpion. They have many wonderful qualities, like honesty, loyalty, courage, and passion—yet they're so often the subject of trash talk in the zodiac.

At home in the shadows, Scorpios can can have a dark underbelly. At their worst, they can be manipulative, stand-offish, and violent. But don't worry—a good horror book is a perfect outlet for all these less-desirable inclinations.

This Is How You Die

Herman is not an academic genius, a party animal, or even an infamous bully like the ones he faces every day. In fact, the only person he identifies with at all is the man he idolizes: a prolific serial killer called The Butcher.

One day, after a brutal beating from the kids at school, Herman drags himself home to his cold and distant father. But everything is about to change. In one incredible moment, he finds out that not only has his father died, but that his father was the very Butcher that the town feared and he worshipped. Now Herman dedicates himself to following in his deadly footsteps... 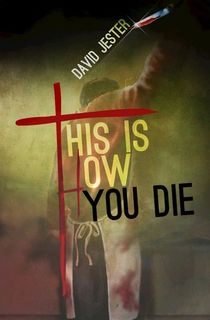 Extroverted and full of fire, these Archers are some of the best storytellers around—and they enjoy a good story themselves. And what's more exciting than being scared?

In Maynard's House, Vietnam veteran Austin Fletcher inherits a house in the north of Maine from Maynard Whittier—a soldier killed in action. Though Maine's landscape is vast, the isolation is stifling. The cabin is surrounded by a frozen wasteland—and slowly the horrors within the house make themselves known. But what is in Austin's mind, and what is the cause of a very real presence? 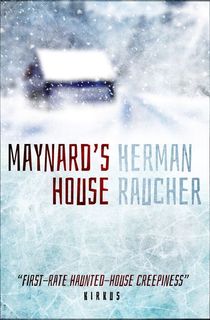 Capricorn is the sign of the Sea Goat. It sounds pretty monstrous on the surface, but what does it really mean for their personalities? Capricorns are all-knowing, unstoppable do-ers—who sometimes expect the worst.

Billy and Wayne have been having the same dream. They also happen to share a common enemy. On two separate paths that will converge at a crossroads of their dream's evils, one will fall to darkness while the other embraces the light. 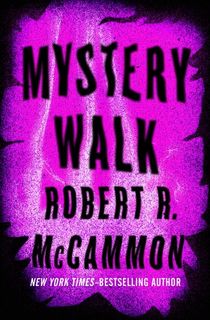 Aquarius is the sign of the Water Bearers—and though their name and symbol may feel highly aquatic, this is an air sign with a highly intelligent, independent, and social personality with a bird's eye view on the concerns of the community. Visionary and intellectual creatures, they can often seem aloof and untouchable—but we at The Lineup know what gets them shaking in their boots.

When Mikey's bullies go too far one night, no one is prepared for what Mikey is truly capable of. The hurts building inside of him propel him to make a pact with pure evil. He wants revenge on whoever has caused him pain, but the nightmare of adolescence gets all the worse when Mikey unleashes hell on Earth. 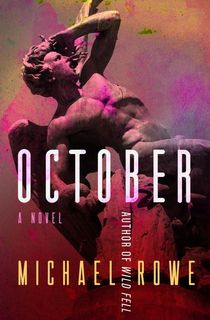 Pisces is the sign of the Fish and is perhaps the most emotionally delicate of all signs. With their overly trusting nature, sensitive souls, and wild imaginations, Pisces are naturally more prone to fear. But that just makes it all the easier for them to enjoy a good scream!

Angel of the Underground

As the murders of the children in a Long Island Catholic group home continue, 15-year-old Robin Hills worries she may be next, and her faith begins to splinter. Her only comfort is her growing friendship with Dennis, a fellow foster child her age. Dennis's love of horror movies makes him cool and calm in the face of this terrible evil, and his kindness soothes her deepest worries. With her new companion and her budding rage, Robin must tap into her courage to confront humanity's darkest corners. 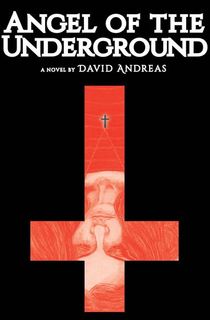