The Hollow Ones combines ancient horror, a detective mystery, and supernatural suspense into one terrifying narrative.

Read on for an excerpt of The Hollow Ones, then subscribe to Creepy Crate for your chance to receive a copy! 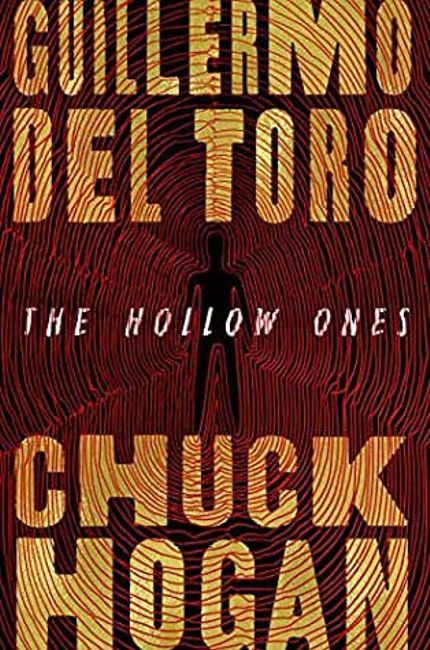 The white agent, whose name was revealed to be Tyler, drove, with SAIC Macklin in the passenger seat, Solomon sitting alone in back. They followed the sheriff ’s official car, a tan-on-white hardtop station wagon with the county star emblazoned on the door.

They rode along a soft country road past miles of sugarcane fields. With the windows down for ventilation, Macklin had to shout his questions back at Solomon over the gusty hot air and road dust and cigarette smoke, but Solomon had no answers for him. He didn’t know what awaited them at the address, whether it was a potential suspect, a witness to the crime, or something else altogether. The straw hat man wouldn’t say any more, having been silently shamed into submission by his fellow churchgoers.

Related: Ramsey Campbell: The Modern Horror Master Whose Books Will Haunt Your Dreams

The sheriff’s car slowed to a stop, asking directions from a boy of thirteen or fourteen, walking shirtless and barefoot, whacking at road grass with a thin switch of cut sugarcane. The boy pointed up the road with the stalk, telling them where to go. Solomon noticed Tyler’s eyes watching him in the rearview mirror the way an agent dead-eyes a suspect or a complainant.

The sharecropper’s house was a low-slung, rambling structure with no foundation, set back from a path in the field. It was constructed of unpainted wood that seemed better suited for tinder than shelter. The structure itself was decades old, though it seemed to Solomon that one good summer storm would shred it to matchsticks.

Solomon looked out his window. No toys in front of the house. A laundry line wired from the rear corner of the house to a tree was empty but for two bobbing black crows. No television antenna on the roof. Curtains in the first-floor windows but no shutters outside. The windows, strangely for this heat, were closed.

“I should go alone,” said Solomon.

“Ain’t no other way,” said Macklin.

Still, Macklin stood out of the car when Solomon exited. Tyler remained sitting in the driver’s seat, smoking. The sheriff and others got out of their wagon but only to fan themselves and wait. Solomon went to the door and knocked. It was opened almost immediately by a young girl wearing a stiff cotton dress, blue with white lace hanging from the raw hem.

Related: 9 Ghost Tropes to Die For

Solomon said, “Hello there. Are your parents home?”

She looked at him with large brown eyes, her head barely upturned. “You a doctor?”

She turned and walked inside. Solomon waited, expecting to hear her call for a parent, but no voice came. No footsteps, either. The hallway inside split left and right, but it was dark, and his eyes wouldn’t adjust from the harsh sunlight unless he stepped inside.

The floor was dirt. There was wood flooring farther ahead. A young man stood there with a wax sleeve of saltines, chewing. He was maybe twenty years old.

“This is the Jamus house, is it not?”

Cole nodded and turned, starting away, looking back over his shoulder for Solomon to follow him into a side room with a thickly braided oval rug and a few pieces of furniture around it. Near the corner, seated before a window looking out at the sugarcane, was a woman in her forties in a beige housedress, her face in one hand, weeping. She had cried a stain of tears on her waist, more tears running down her wrist and forearm.

Solomon’s mouth started to form the word Ma’am, but he never uttered it. Getting any information from this grieving woman was a lost cause. She was better left to her emotions.

He looked to Cole, chewing another saltine, looking at his mother like he was used to this.

“He’s in the back room,” Cole said to Solomon, his eyes still on his mother. “He’s chained up.”

Solomon found his way there, passing three other children on the way. He came to a closed door next to a back pantry. Solomon heard the unmistakable clinking of a chain, and the creak of a bedspring. A sound he thought was a voice let loose a startling CAW, but he realized it was one of the crows on the laundry line outside. He was in that back part of the house now.

The door opened outward. It was more of a storage room than a bedroom, but inside there was a bed, set against the far wall, upon which a thin mattress lay with no bedclothes. Upon the mattress lay a small body, a boy, turned toward the back wall. Medium-weight chains ran from padlocked loops around the iron bed-frame rails to manacles around the boy’s wrists and ankles. Blood stained the foot of the mattress from his apparent struggles against the ankle cuffs, his skin there raw, his feet swollen to a man’s size.

The sight of the manacles set Solomon’s mind racing. They looked like slave chains from a century ago.

He noticed now that the air inside the windowless room was different. There was a changed atmosphere inside here altogether, like an airplane cabin that had been depressurized. He heard a dull, distant sound that was a cross between ringing and roaring, similar to what he heard after a long afternoon training at the FBI Academy shooting range. But it was more than that. He felt disoriented, light-headed. If his brain were a radio, he’d suspect its reception was somehow being jammed.

All this was forgotten when the boy turned to him. The chains rubbed against the bed frame, iron against iron, and the shirtless boy raised his head slightly, fixing his eyes on Solomon. His eyes. They were steely, almost silver, maybe blue. And wide with madness. The young boy’s face was twisted and contorted like an old leather glove worn by a too-large hand. Solomon trembled.

The boy’s mouth opened, and stayed open, on the verge of speech, for what seemed a long time. Just when Solomon believed no sound would come out of it, his dry lips spoke.

The voice was faraway, hushed, rawed by many days of mad bellowing. Solomon was shaken, breathing fast and in distress at the sight of this ill boy. Blackwood? Maybe he had heard the word wrong.

The boy’s eyes bored into him. Solomon recalled the tales his grandfather used to tell, growing up in Illinois, about sailors and merchant mariners he had known in his years at sea who had explored uncharted islands and were lured by exotic women and promises of wealth and magic, only to get mixed up in dark rites. In one awful tale, he and his crew had to leave behind a cabinmate who had attacked them in the night after becoming possessed by a demon.

Indeed, this sharecropper’s son appeared to Solomon for all the world to be inhabited by some force of evil beyond the jurisdiction of the Federal Bureau of Investigation.

Before Solomon could speak, the boy’s mouth opened again. His tongue was as black as a corpse’s. Again, Solomon hung on the words that would come from this black tongue.

Was Solomon hearing him correctly?

Overwhelmed and terrified, the fears of his childhood surging back into consciousness with fresh life, Solomon began backing out of the room. His left shoulder struck the door frame, and Solomon shuddered as though he had been attacked. He felt his way back through the frame and into the narrow hall, needing to get out of the room to collect himself.

Solomon somehow got the door closed. The strange name meant nothing to him. He stood there with his chest and shoulders heaving, trying to get breath.

When he turned, he found four young children in the hallway staring at him. Coleman stood farthest away, his crackers finished, his hands hanging empty.

“What happened to him?” asked Solomon.

“Who . . . who is Hugo Blackwood?” Solomon managed to ask. The children had no answer for him. One by one, they turned and walked away.

The answer, however, was forthcoming.

Want to keep reading? Sign up for Creepy Crate, and you may receive a copy of this spellbinding horror tale.

This post is sponsored by Grand Central Publishing. Thank you for supporting our partners, who make it possible for The Lineup to continue publishing the horror stories you love.