Philip Markof, an all-American guy who "wouldn’t hurt a fly", had an intense desire to tie up and kill women.

The young couple had met in 2005 as volunteers at the Albany Medical Center Hospital emergency room. After a four-year romance, the couple got engaged and were busily preparing the wedding of their dreams. Megan's visions of the future all came crashing down on April 20, when Markoff was arrested in Walpole, Massachusetts as the couple was en route to a casino for a night out. Although the couple had shared a Highpoint Circle apartment, the police soon realized McAllister was unaware of her fiancé’s malicious acts—she had been away during the time of the crimes.

Things ended rather differently in his appointment with a young woman who advertised her services under the name Morgan. The 25-year-old, whose real name was Julissa Brisman, had a safety system set up with a friend. Sadly, it would not be enough to protect her. The pair met in a room on the 20th floor of the Boston Marriott Copley Place. Brisman did not leave the room alive. Her body was discovered sprawled across the doorway of the room with a piece of plastic tie hanging from one wrist.

Related: 7 Books That Tap Into Our Worst Fears

On April 21, 2009 the Craigslist Killer was arraigned in Brisman’s death. Various weapons were discovered in his apartment, including a semi-automatic handgun, wrist restraints, and duct tape. During his indictment, Brisman’s family appeared for the hearing but the Craigslist Killer never acknowledged their presence. Instead, after his alleged crimes were read, the defendant loudly announced he was not guilty.

Linda Fairstein’s Killer Charm is a quick, intriguing read that dives into the Markoff case—exploring the double life of a psychopath and just how dangerously convincing they can appear. A former prosecutor, her collection, From the Files of Linda Fairstein, includes six short true crime pieces, covering topics from dangerous places where killers lurk to serial rapists.

Read on for an excerpt from Killer Charm, and then download the book. 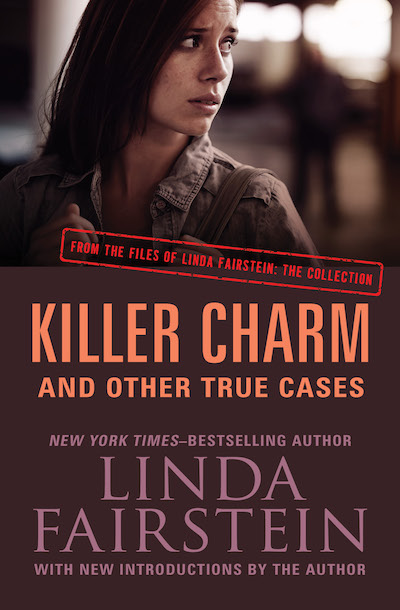 At 10:15 on the evening of April 14, 2009, Boston detectives responded to emergency calls from the posh Marriott Copley Place hotel. A young woman, later identified as 25-year-old Julissa Brisman, had been found lying in the doorway of her hotel room on the 20th floor. She had been hit over the head and shot three times. One bullet entered her heart and killed her almost instantly.

Brisman was an aspiring actress and model from New York City, a petite and striking woman who had also worked on and off as an erotic masseuse, advertising her services on Craigslist. It soon emerged that she’d planned to meet an online client that night in Boston. When police uncovered the Craigslist connection, they were instantly reminded of another case: Just four days earlier, in a room at Boston’s nearby Westin Copley Place hotel, a 29-year-old woman who’d listed herself in the erotic-services section on Craigslist had also been attacked by her client. In that case, the assailant pulled out a gun, bound her hands behind her back, and robbed her before vanishing.

In the press, the Craigslist Killer case began to take on a psycho-on-the-loose, Silence of the Lambs kind of sordidness: The guy appeared smart and brazen, yet it was hard to picture him as anything other than a lowlife—perhaps an ex-con with a history of robbery or murder, someone who’d give you the creeps if you shared a hotel elevator with him.

But when the cops arrested a suspect within the week, the public was in for a shock. Security-video footage showed a good-looking guy strolling away from two of the crime scenes while casually checking his cell phone. Investigators tracked him through e-mail forensics and other evidence and, on April 20, arrested the man identified as the alleged Craigslist Killer as he drove on the interstate with his fiancée. He was later charged with murder and multiple other crimes.

Want more creepy books? Sign up for The Lineup's newsletter and get our spookiest stories delivered straight to your inbox.

In all other ways, though, the alleged killer defied most people’s assumptions of what evil looks like. Philip Markoff, 23, was a medical student at Boston University. Tall, handsome, from a solid family, and with no criminal record, he was living with his fiancée, 25-year-old Megan McAllister, a fellow med student he had met in college while both were volunteering at a local hospital. They were reportedly planning a beach wedding in August.

Friends of Markoff spoke out immediately, backing McAllister’s statements to the press that “he wouldn’t hurt a fly” and describing him as personable and highly intelligent. News articles mentioned his good looks, as though his physical appearance was an indicator of good behavior. The mainstream media repeatedly used expressions like clean-cut and all-American in describing him.

Related: 12 Books to Pair With Your Favorite True Crime Podcasts

But as Boston police continued to amass critical evidence, the picture darkened. Investigators found a stash of women’s underwear—which they characterized as souvenirs from victims—in the springs of the bed Markoff shared with McAllister. Detectives also found zip ties (the kind used to bind the two robbery victims) and a semiautomatic gun in a hollowed-out copy of every med student’s bible, Gray’s Anatomy.

Many of the details that have emerged about Markoff’s personality fit the criteria for a psychopath: someone (usually male) who almost entirely lacks empathy but can appear normal, even charming and brilliant. Psychopaths apply their intelligence to mimicking conventional behavior; they are both great actors and heartless predators. There are about 1 million in the United States, or about 1 percent of the adult male population (but as much as 25 percent of the prison population). In other words, they can be anywhere. And since their danger flies under the radar, it’s important to understand how they operate.

Many psychologists call this power the mask of sanity, a phrase most famously applied to the charming, handsome serial killer Ted Bundy, who was executed in Florida in 1989. Bundy was a law student during part of his killing spree. By the time he was captured, he was estimated to have murdered at least 30 young women in a four-year cross-country rampage. And just like Philip Markoff and Marvin Teicher, he compelled, and traded on, women’s trust.

The mask of sanity is the element that makes women like Trisha Leffler, Markoff’s first known robbery victim, tell reporters, “He was a tall, good-looking guy. When I first laid eyes on him, I was comfortable.” Moments later, he was pointing a gun at her. One of Bundy’s methods was to put his arm in a sling and approach a woman to ask for help in lifting a small sailboat onto his car.

Bundy’s “mask” was so convincing to women that when he was on trial for the horrific murder of a 12-year-old girl in Florida, he asked his then-girlfriend on the stand if she would still marry him, despite all she knew about him. She answered yes. And although Markoff’s fiancée reportedly called off the wedding, her first response to his arrest was to e-mail news outlets protesting that “Philip is a beautiful person inside and out and did not commit this crime.”

Often, the women involved with men like Markoff, Bundy, and Teicher are not only blinded by the men’s charm but also deeply in denial. Their friends and family, usually equally blinded, support their choice of such a successful man, and tearing down the illusion becomes increasingly difficult. How could they have gotten so involved with someone so bad?

Almost a year after I wrote this piece, on the anniversary of the date Markoff had planned to marry his fiancée, he wrote her name—Megan—in blood on the wall of his jail cell. The unlikely killer had slashed his arteries with a pen that he carved into the shape of a razor. He then covered his head with a plastic bag and stuffed toilet paper in his throat, killing himself before his cases could go to trial.

Want more creepy books? Sign up for The Lineup's newsletter and get our spookiest stories delivered straight to your inbox.

While awaiting Philip Markoff’s trial for the murder of Julissa Brisman, McAllister reaffirmed her belief in her fiancé’s innocence. However on April 29, McAllister visited Markoff to call off the wedding; she would visit him once more, stating she did not plan on seeing him again. This spurred Markoff's second suicide attempt–the first coming shortly after his arrest. While awaiting his trial, the killer was kept on near constant suicide watch. On August 15, 2010, a year after his wedding had been scheduled to take place, Markoff was found dead in his cell. The former medical student used an pen he sharpened to slash major arteries in his ankles, legs, and neck. Around him lay scattered photographs of himself and McAllister. Scrawled in blood across the cell wall was his former fiancée's name.