The Collector Longs for Your Bones to Keep

SPECIAL NOTE: The Collector by Fiona Cummins is one of six books included in this month’s Creepy Crate. Order by April 10 to get one of these books, plus a selection of spooky, exclusive items.

Detective Etta Fitzroy is determined to bring down the man known as the Bone Collector. Once firmly in her grasp, the killer slipped away–and took an innocent little girl with him.

Now, in The Collector, Fitzroy is attempting, once more, to bring down the disturbed killer, who rivals Hannibal Lecter in sheer creepiness. This standalone tale will leave you with chills.

Keep reading for an excerpt from The Collector, which you may receive in this month’s Creepy Crate. 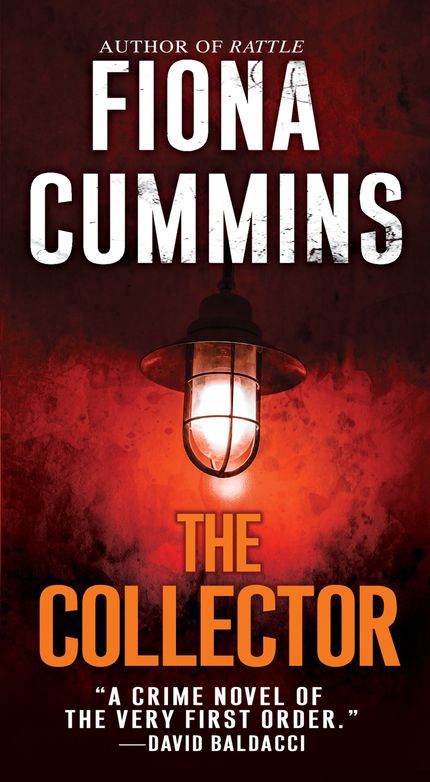 In the Old Town, where cobbled streets and fisherman’s cottages rub worn-down stone against worndown brick, the man that used to be Brian Howley is searching for someone.

His hair is darker now, grazing his shoulders, his pinstripe suit hanging in plastic in the almost-empty wardrobe of his new home. He wears old jeans and a soft black shirt. His beard is flecked with gray, his natural color pushing through the dye. He knows it needs attending to.

He tells no one his real name. He pays for his new life with used banknotes saved in a suitcase under the bed. Over the years, he has been meticulous in his preparations, exchanging the notes at the bank as they age like him. But his eyes, scanning each unsuspecting passerby, are the same dark clots.

Related: Sinister Legends Spring to Life in This Terrifying Collection

The rain-dirty clouds are hanging over the estuary, spilling their polluted contents into the water. To Brian, it looks like someone has taken a lead pencil and shaded in the patch of sky beneath each one. He wonders when the rain will reach the mainland. Twenty minutes. Maybe less.

The boy is about 15 feet away, chucking fries around the bus shelter with two others. He suspects they come here after school to avoid going home. Brian smells vinegar and the tang of salty air. A black dog chases a stick into the sea, ignoring the bite of the incoming tide. A fishing boat with its dripping net sits on the concrete jetty near the wooden hut selling the day’s catch. The cockle sheds, a haphazard collection of buildings, line the cobbled streets. They whisper of history, of the poetry of the seascape. Some have found a second life, as shiny and well maintained as the tourist businesses they now house. Others smell of rotting wood. Briny. Dilapidated. Brian limps over to the bench that overlooks the beach and sits with his back to the trio. Listening.

Want more horror picks? Sign up for The Lineup's newsletter, and get our most terrifying recommendations delivered straight to your inbox.

“Dunno why you bother with all that boring shit.” “’Cos I’ll get my arse kicked out if I don’t.”

“Fuck, yeah. Get kicked out. Then you can come to our school instead.”

“Yeah, do it, Saul,” says another voice. “Forget about all those posh twats.”

“Gloria would fucking slay me.”

“Ah, the glorious Gloria. How is your pisshead of a mother?” “Pissed.”

The three teenagers laugh; Saul, the loudest. His is a jackal laugh: hungry and mean. He scuffs a shoe against the pavement, circles the ground with his toe.

Brian waits for their shouted farewells before he rises from the bench to look.

Saul is walking back toward the Old Town and the rusting footbridge that crosses the railway track. His hood is pulled over his face, hands digging into his pockets.

Related: An Urban Legend Comes to Life In This Killer Read

Brian likes the way he keeps his head down, eyes locked on the pavement. He likes the way he’s not afraid to stand out from his friends, the way his face folds in on the secrets that few but Brian can recognize within. It takes courage to be different; he knows that. But most of all, he likes the way it’s just the lad and his mother, because it makes him a target, easy to isolate and separate.

He cannot fight these familiar stirrings, the clean, pure joy of the hunt. He’s been waiting, trying to contain his urges with painting and walking on the marshes over at Two Tree, but that sense of duty so carefully fostered by his father is beginning to bleed into the life he is making for himself in this town on the edge of nowhere.

And the boy with the bones is within reach, just a few miles down the coast. New home. Fresh start. The Bone Collector knows this because he has made it so, mining that precious nugget from the house-cleaning company employed by the Friths, and moving himself here too, caught in a riptide, unable to resist.

And now the Bone Collector is perfectly placed. The epicenter. Located close to the boy and the girl, who is hidden, not far, in a place of his childhood.

Wandering the endless corridor of days since his wife’s death, he knows the reaper will one day come for him, just as he did for Marilyn. The stiffness in his joints berates him, nagging at him that he’s an old man now.

But with no son of his own, who will rebuild his family’s collection, begun generations ago and destroyed in a few hours by the interfering pig bitch? Who will continue their work when he is gone?

Fragments of that dark night haunt him still. Memories come at him now.

The scent of death in the forgotten hollows of Marilyn’s body. The roar of fire in his ears. The clatter of bones as his specimens fall. The smell of his own fear.

He thinks longingly of the Hunterian, and the collection that still inspires his own. Down the tunnel of years, he can hear the orders of the celebrated surgeon John Hunter, whispered to Brian’s grave-robbing ancestor Mr. Howison; the catalyst behind his family’s obsession. But the police will be watching now, and he can visit the museum no longer. Another pleasure denied.

A fury rises in him. He will not allow himself to dwell on these matters. Preparations must be made; a new curator found.

There will be time.

He waits until Saul’s red tracksuit top disappears and turns back to the beach.

The newspaper has spread itself across the bench where he left it, as dry as the sand-blasting wind leaching the color from its pages. He scans the small column of text on the front page, and Clara Foyle stares back at him. There’s a comment from the detective.

Detective Sergeant Etta Fitzroy. Her name rolls across his tongue. He conjures up her face, the opposing colors of her eyes. An eye for an eye. His fingers twitch.

Seven bones surround the orbital cavity. He wonders if they will splinter and break when he presses her eye from its socket.

Where is she now? In her flat? At work? Does she look for him each day in the way he searches for her among the nighttime streets and the news bulletins? Or has she moved on, to other cases, other causes, now she has destroyed his family’s legacy? Does she try to hide the scars on her face?

The hate he feels for her fills his mouth. It’s in every nerve-ending, every flicker of pain in his arthritic fingers, every moistening of his parched mouth. The fabric of each thought is hemmed with savage, ugly loops of surgical thread, every stitch shaping the patchwork of her death.

He spits on the pavement at her memory.

The sow will bleed.

He limps onto the beach. The sky is closing down with rain. On his knees, he sifts and sifts the sand until icy darts needle his face. At last he finds what he’s looking for and slips it into the pocket of his jacket.

The Collector by Fiona Cummins will be one of six books included in next month's Creepy Crate. You may receive The Collector, A Head Full of Ghosts, The Girlfriend, You Will Suffer, Origin, or Dangerous Ground. The 13th Creepy Crate will ship out in April and May.

The Collector is the second in The Bone Collector series. For the full experience, check out Rattle. This series has garnered high praise, comparing its deadly killer to Hannibal Lecter. The ever-rising stakes will keep readers invested until the very last page.

Rattle, published in 2017, is Cummins's first novel. The former Daily Mirror journalist's third novel, The Neighbour, was published on April 4, 2019.