Richard Matheson: Where to Begin with the Legendary Sci-Fi Horror Author

I Am Legend just scrapes the surface of the sci-fi horror master's legacy.

Richard Matheson (1926-2013) is a household name for sci-fi and horror fans, especially those who are into the uncanny and weird fiction books. First and foremost, he is the author of I Am Legend, one of the most essential post-apocalyptic pandemic horror books of all time, and his work on The Twilight Zone really set the show apart. But Matheson was also a prolific force of influence and ingenuity across multiple genres. When both Stephen King and George A. Romero cite your work as a source of major inspiration, you know you’ve helped pave more than a few roads for a generation of science fiction and horror creators.

A little more about just how prolific Matheson was: He wrote over 100 short stories, 28 novels, 16 episodes for The Twilight Zone, and scripts for various other television shows like Lawman and Star Trek: The Original Series. Let’s not forget the many film adaptations of his work—including 2007’s I Am Legend starring Will Smith (for a more faithful adaptation of Matheson’s novel, try 1971’s The Omega Man), the heartbreaking afterlife tale, What Dreams May Come, starring the late Robin Williams, and the often forgotten Stir of Echoes, where you get to see Kevin Bacon utterly lose his shit.

So you see, there’s a lot to peruse. But maybe you’re having trouble figuring out where to start. We’ll leave I Am Legend out of this list, if only because it’s the gateway to Matheson’s equally frightening and illuminating body of work. So once you’ve finished I Am Legend (if you’re reading this, odds are you already have), try these lesser-known and utterly creepy Richard Matheson books.

Dr. Lionel Barrett is a physicist with an interest in paranormal psychology. He is joined by three others: his wife, Edith, and two spiritual mediums, Florence Tanner and Benjamin Franklin Fischer. Dr. Barrett enlists the mediums to join him in an investigation of the infamous Belasco House in Maine, dubbed the “Hell House.” As the name implies, what commences is a perverse and disturbing visit into the very depths of hell.

Matheson’s take on the haunted house is guaranteed to be nothing at all like you’d expect. Sure, things go bump in the night, and there will indeed be characters who go mad with fear. But instead of the usual paranormal scares, Matheson went right for the jugular with his pivotal twist. It’s the kind of book that leaves you sleepless and battling lingering feelings of disgust. 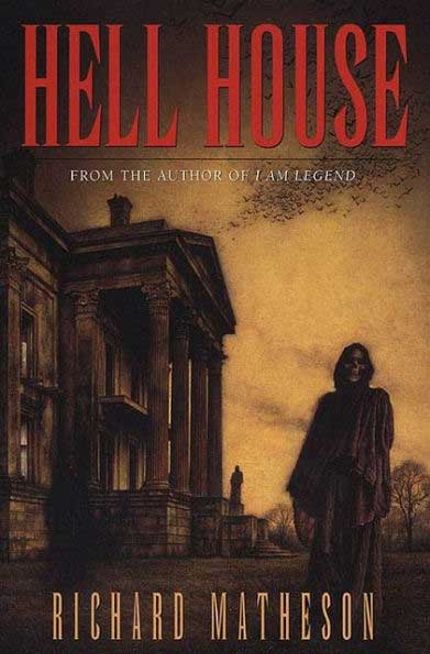 A Stir of Echoes

In A Stir of Echoes, readers witness just how deftly Matheson can explore the inner psyches of his characters. We’re introduced to an ordinary man, Tom Wallace, living an ordinary life. That is, until something drastic happens. You know what people say about hearing voices? Well, Tom begins to hear them, all right. It’s a signal for newly awakened psychic abilities that upend his ordinariness. He begins to hear other people’s most private thoughts, and not just the interesting stuff; the “echoes” begin to drive him mad. If you like your horror with a psychological element, A Stir of Echoes is an excellent depiction of madness. 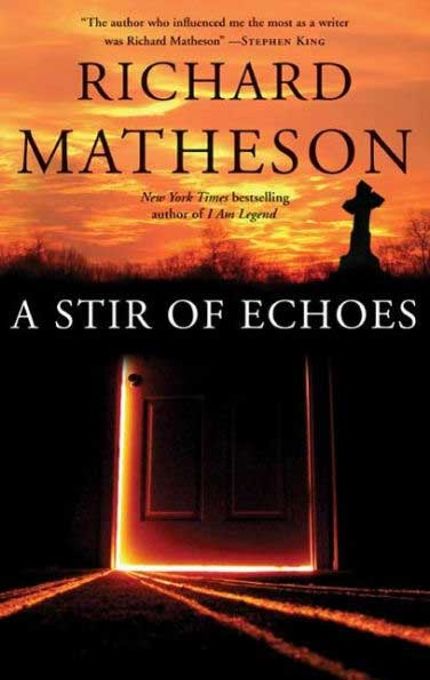 First published in 1953, Fury on Sunday is one of Matheson’s earlier works; here you get to see his natural knack for mapping the human mind. Matheson just couldn’t get enough of the unknowns that exist in our own psyches. In Fury on Sunday, we meet a talented pianist committed to an asylum because of his volatile personality wracked by PTSD. In the same vein as a spree killer, Vincent breaks out of the asylum and seeks revenge on all those that have hurt him.

The sheer terror of this short novel comes from just how perfectly rendered Vincent’s mania is, right on down to the marathon of destruction he inflicts on others. Definitely not for the faint of heart, and shockingly more resonant in modern day 2020 than when it was first published. 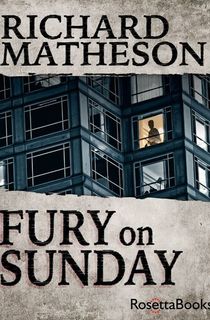 Another lesser known work of Richard Matheson's, Camp Pleasant is a tale of terror set during the heated height of summer. The setting is a boy’s camp, where bullying takes on a new shape—and turns to murder. But it’s not what you expect, revealing yet another example of Matheson subverting expectations. Rather than young boys bullying their peers, we instead are introduced to a tyrannical boss, Ed Nolan, who is clearly mentally deranged and power hungry. The novel skirts off into a classic whodunnit, as told from an extremely close and uncomfortable psychological perspective. 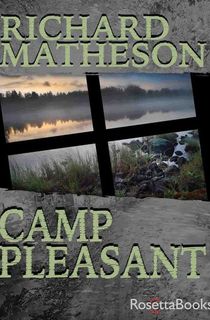 It’s a premise that shouldn’t work today, but still does because of just how well Matheson pulled it off. In the source material for the film The Incredible Shrinking Man (1957, and remade as The Incredible Shrinking Woman in 1981), Scot Carey is enjoying his vacation when he accidentally ingests insecticide and is exposed to a radioactive spray. The spray and the insecticide combined causes him to shrink in size, becoming smaller by the day. The impossible premise starts out comical but soon turns horrifying when Carey becomes small enough that the common house spider is a deadly threat. 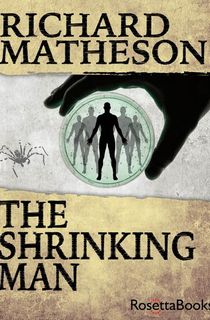 If you’re looking for something that might be a bit more timely, Matheson’s got a viral pandemic story that will certainly scare you senseless. In Backteria, a newly discovered virus makes its victims disappear. Our doctor protagonist, in true obsessive scientist fashion, goes down the rabbit hole to seek an understanding of the virus and, in turn, his own dark past. It’s sure to complement our own uncertainties about the future and living in a post-COVID-19 world. 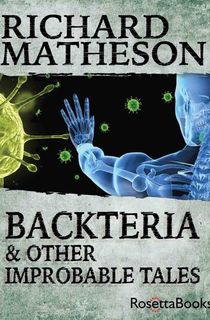 This screenplay-turned-novel has a bit of backstory you should know about. In the 1970s, ABC contacted Matheson about writing a 20-hour television mini-series. In turn, Matheson delivered an astounding 557-page outline. The studio then decided they wanted to cut the series down to seven hours. But as he struggled to condense his manuscript and accommodate the studio’s many demands, ABC finally lost interest, rendering The Link defunct.

Matheson hoped to turn The Link into a novel, but it soon lengthened to 800 pages for part one alone. The project effectively became an unprecedented 2000-page novel, unreadable and unsellable. So, Matheson eventually moved on. Yet The Link still exists in its original treatment format, in which it tells the tale of a man named Robert Allright seeking out his family’s dark and deeply psychic past. What made the project equally unwieldy yet compelling was how Matheson took his time, exploring the absolute depths of parapsychology unabashedly, resulting in long, drawn-out scenes. The Link is a must-read, if only to see how a medium truly changes the way a story is consumed. 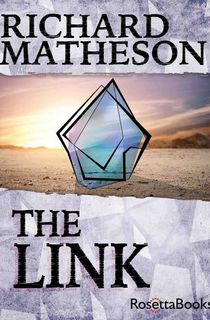 What Dreams May Come

A true testament to Matheson’s range, What Dreams May Come is about as far a departure from the norm as people could expect from the author. There are no demons and no monsters here. Instead, readers get a psychological and spiritual love story. In an exploration of the afterlife, readers are introduced to Chris Nelson, a newly deceased victim of a fatal car accident who doesn’t yet understand what has transpired. His wife, Annie, remains alive and depressed on Earth, out of Chris’s reach. Unable to cope with her grief, Annie ultimately commits suicide, furthering the spiritual divide between them. Chris takes on the heroic role of trying to save his wife from Hell. 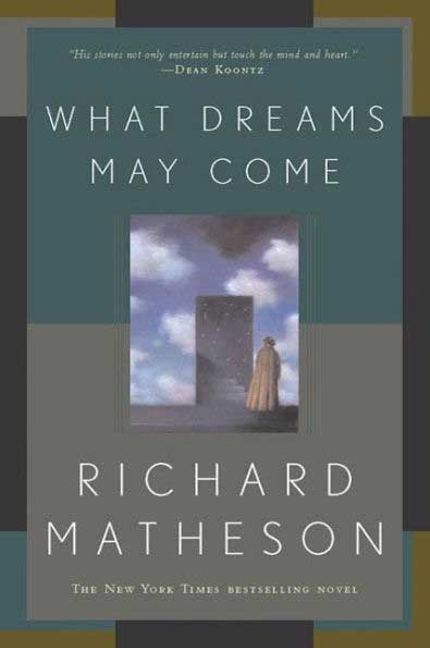