It will be impossible to keep your eyes shut after reading these terrifying tales.

In 2014, Josh Malerman burst onto the horror scene with Bird Box. The apocalyptic narrative beckoned readers into a world overrun by all-consuming creatures. For those still alive in this world, just one thing was certain: if you saw whatever was out there, you were doomed. Since 2014, Malerman has released multiple full-length books, novellas, and short stories, rivaling the prolific publishing pace of authors like Stephen King. And this July, Malerman is set to release his Bird Box sequel: Malorie. The new novel takes place twelve years after the events of Bird Box, with blindfolds still serving as the only form of protection against the monstrous entities that devastated civilization. Fans are anxious to see how the horror author expands upon the tense world he created in his debut novel.

To many, Malerman hit the horror scene seemingly out of nowhere. Yet the author was always crafting stories. Before readers knew him as the author of Bird Box, Malerman was touring the country as the singer/songwriter of the Detroit rock band The High Strung. The group, which is still active today, played approximately 250 shows a year. Many of Malerman's first drafts were written on the road, while en route to the next gig. Yet Malerman wasn't actively seeking to have his work published at the time. A friend from high school, Dave Simmer, asked Malerman's permission to share his work to some contacts in the publishing industry, so Malerman sent over a collection of short stories. Needless to say, editors and agents were very impressed by what they read.

Smash cut to 2018: Malerman is an established voice in modern horror, and Bird Box is now a feature film on Netflix. The Netflix adaption of Bird Box, which hit the streaming service in December 2018, reportedly had 26 million viewers in the first week of release. Word of the horror flick spread like wildfire, aided in large part by people on social media taking part in the Bird Box blindfold challenge. Initially a team-up between Netflix and live streaming service Twitch, streamers were challenged to survive their favorite games while blindfolded. But why stop at video games? People eventually took to social media to film themselves trying to do ordinary activities while blindfolded, with varying degrees of success.

A wave of dedicated horror fans devoured Malerman's Malorie—the hotly-anticipated sequel to Bird Box. And with his latest novel, Daphne, hitting shelves this past September, now is the perfect time to explore the Stoker Award nominee's career and dive into the best Josh Malerman books.

From smash hits and underrated gems to spine-tingling tales lurking in must-read horror anthologies, the Josh Malerman books below are sure to keep you entranced until whatever terror Malerman decides to enthrall us with next.

11 Spine-Chilling Authors to Read if You Love Shirley Jackson

It's Kit Lamb's last summer before college, the last summer with her basketball team. But just before her big game, someone tells her about Daphne...the young girl who died years ago under strange circumstances. Daphne's eerie story is shrouded in mystery. And then Kit's teammates begin to vanish...

Set over a decade after the events chronicled in Bird Box, Malorie follows the protagonist we met in the first novel and opens on a world of menace and mystery; there's still no explanation for the entities that devastated humanity, and seemingly no way to avoid certain doom beyond keeping your blindfold tied tight. All Malorie can do now is fight to survive. Soon, however, rumors reach her; she hears whispered reports of people experimenting on the horrific creatures and claims that the creatures themselves have transformed into an altogether new monstrosity. In the midst of this uncertainty comes more shocking news: A close friend Malorie believed dead may still be alive. Publishers Weekly, in its starred review, hailed Malorie as another "taut, breathless supernatural thriller ... Malerman masterfully evokes apocalyptic horrors via understatement and suggestion while facilitating suspension of disbelief through nuanced characterization and thoughtful worldbuilding. This is a bang-up sequel." 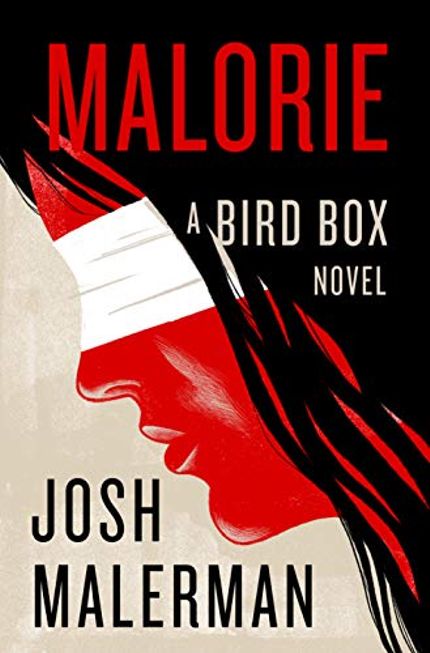 Inside the Extensive Corridors of Josh Malerman's Twisted Mind

Bird Box is Malerman's incredibly strong debut and served as the inspiration of the 2018 Netflix horror hit of the same name. Five years after an all-consuming force decimates the world, scattered survivors are left to wander blind, both to their physical surroundings and to any explanation of what has happened. No one knows what it is or where it came from, or even what it looks like, as anyone who has even glimpsed it is driven violently insane. Malorie's two children have just turned four, and she must travel downriver in a rowboat, blindfolded, only able to rely on their wits and a keen sense of hearing. 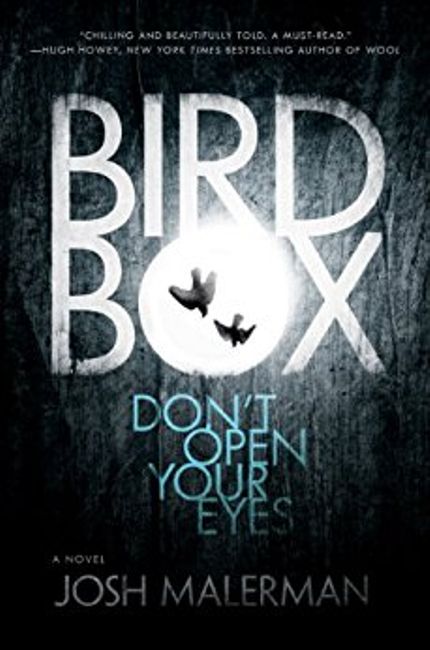 Published as a Kindle Single, this 2014 horror novella is perfect for fans of cinema's darkest corners. Set in 1960s Hollywood, two horror filmmakers set out to terrify each other in a cinematic war. Gordon Ghastle and Allan Yule are two young directors reshaping the genre, each with an obsession to outdo the other. Relaying details to their mutual cinematographer, concerns rise that they'll perform acts more macabre than the ones they are portraying on film. The rise and fall of two artistic geniuses, just how much of their art is created out of spite? 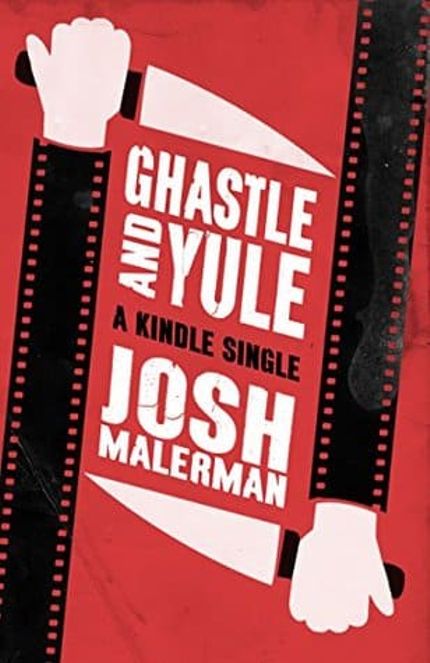 8 Emerging Horror Authors Who Are Changing the Face of Horror

This 2019 tale of isolation and paranoia was nominated for a Bram Stoker Award. In a forest secluded away from the rest of the world, a boy named J is one of 26 students at a school. His peers are his family, and the students view the school's founder as their father. Life at the school is all they know as they're trained to be prodigies in a multitude of fields. But J is starting to become curious about the rest of the world, and about the nature of the school itself. On the other side of the forest, in a similar school, a girl named K is asking similar questions. 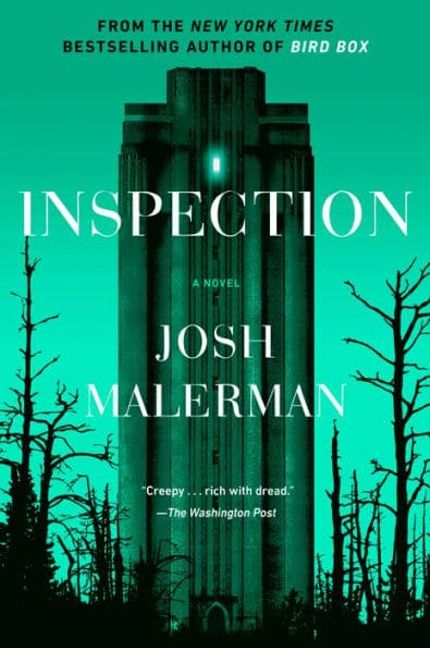 Unbury Carol hit shelves in 2018. It centers on Carol Evers, a woman who is intimate with death. For days, she'll slip into deathly-still comas, states where she's aware of what's happening around her but unable to move. Her husband, Dwight, only married Carol for her fortune. When Carol slips into a waking slumber, Dwight seizes the opportunity to proclaim her dead and has her buried alive.

Related: Stephen Graham Jones: Where to Begin with the Award-Winning Horror Author

The only other person who knows of Carol's condition is an infamous outlaw and lost love, James Moxie. Now it's up to Moxie to reach Carol and save her from an unnatural grave. 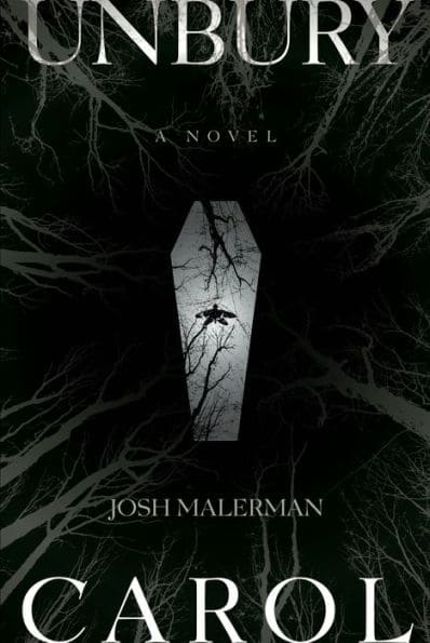 Released in 2017, Black Mad Wheel is Malerman's second horror novel after Bird Box. A request for impromptu service from the US Army would startle anyone, especially if you're part of a washed-up group of Detroit-based musicians. The source of concern? A malevolent sound with a mysterious source emanating from a desert in Africa. With little recourse, the frontman of the Danes leads his band into the desert and deep into the heart of a bewildering conspiracy. Malerman turns to his experiences as the frontman of a rock group to conjure this new tale of sensory horror. 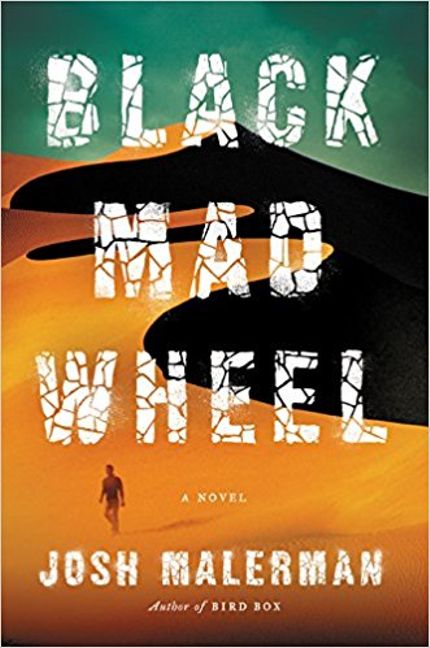 A House at the Bottom of a Lake

Originally published in 2016 by UK imprint This Is Horror, A House at the Bottom of a Lake is now set for a December 2020 re-release from Del Rey. Perfect for aspiring homeowners: two stories, beautiful garden, great view, no price tag. Sure, it's at the bottom of a lake, but that doesn't stop teens Amelia and James from turning their perfect first date into a watery open-house tour. The duo cannot resist setting out onto the lake in an attempt to locate the submerged dwelling. But soon they will learn an important lesson: just because a house is empty, doesn't mean no one is home. 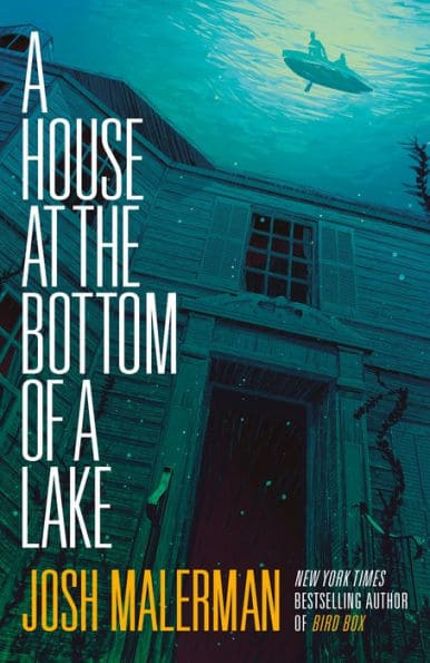 Paul Tremblay: Where to Begin with the Stoker Award-Winning Horror Author

Gutted is a horror anthology of grotesquely beautiful horror tales and features some of the greatest horror authors working today. Malerman's tale, "The One You Live With", explores the public and private self, breathing fresh air into a concept many feel uneasy about. The idea that there is more than one version of "you" is already disconcerting, even more so when one is trying to get rid of the other. 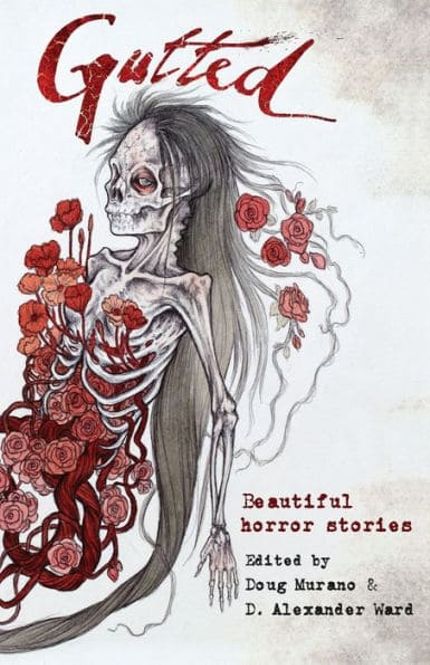 8 Books of Horror Short Stories That'll Freak You Out