A student-teacher affair turned deadly when Pamela Smart’s lover murdered her husband. Was the lustful instructor behind the execution?

Nearly 30 years ago, on August 1, 1990, authorities in New Hampshire met with still-grieving widow Pamela Smart to deliver some good news and bad.

“The good news is we’ve solved the murder of your husband. The bad news is, you’re under arrest.”

Just three months earlier, on May 1, 1990, the 22-year-old media coordinator at Winnacunnet High School had come home from work to find her 24-year-old husband, Gregg, brutally murdered in their living room in what appeared to be a botched robbery.

Police determined that Gregg had been killed by a single gunshot wound to the head. Further analysis revealed the bullet was from a .38 caliber gun. But the ransacked state of the Smart home soon revealed itself to be a ruse. Pamela Smart was suspected of seducing one of her students and then convincing the student to murder her husband.

The murder shocked the once-quiet town of Derry, New Hampshire–and the ensuing trial captured headlines across the country. One of the first high-profile trials involving a teacher-student affair, the Smart case also made an impact on pop culture. Joyce Maynard’s popular novel, To Die For, drew upon details from the Pamela Smart story and was later adapted by Gus Van Sant's into the 1992 film of the same name, starring Nicole Kidman. Maynard's "seductive page-turner" (The New York Times Book Review) follows a local weather reporter named Suzanne Maretto who yearns for superstardom. When her dreams fail to come true, she decides her unglamorous husband is to blame. So she seduces a fifteen-year-old admirer to permanently take care of her husband.

Want more true crime? Sign up for The Lineup's newsletter and get our recommended reads delivered straight to your inbox.

To Die For: The Pamela Smart Case

Gregg Smart was murdered on on May 1, 1990. Pamela reported found the body after coming home from a meeting, and soon reported it to police. Pamela was noticeably chatty about the death of her husband. Five days after the violent death of her husband, she contacted Bill Spencer at WMUR News 9 and offered the station an exclusive interview.

Then, on May 14, police received an anonymous phone call indicating a girl named Cecelia Pierce knew about the plan to murder Gregg. Cecelia was a student intern of Mrs. Smart’s at Winnacunnet High School.

Cecelia first met Pamela when she was assigned to work at the school’s media center. The two developed a close friendship, and Cecelia began to spend the night at the Smart home. There, she discovered her outgoing teacher possessed a very dark secret.

Pamela was in love with a 15-year-old boy named Billy Flynn.

Check out Joyce Maynard's "seductive page-turner" To Die For today. 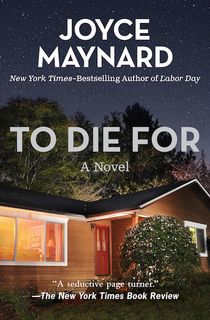 The amorous instructor believed she could successfully keep the affair under wraps. Unfortunately for her (though in no way surprising), Billy was far less tight-lipped.

Billy bragged about his love life to his buddies. Vance Lattime, Jr., Patrick Randall, and Raymond Fowler all knew about the affair.

The gang was known as troublemakers around Derry. When Billy suggested they rob a house, the others went along with it, not realizing who they were going to target:

Gregg Smart – the one man standing in Billy’s way.

On May 1, the gang drove to the Smart’s condo. Vance and Raymond waited in a plaza behind the condo, while Billy and Patrick went inside.

On the ride home, Billy and Patrick admitted to killing Gregg Smart. Patrick said he held the man down with a knife to his throat, while Billy shot him in the head.

On June 11, fresh off Cecelia's tip, police arrested Billy, Patrick, and Vance. Billy was charged with first-degree murder; Patrick and Vance were charged with being accomplices to the crime.

It didn’t take long for young Billy Flynn to confess to the killing – though he claimed the deadly act was justified. Gregg had beaten Pamela, and Billy saw the bruises to prove it.

A sensitive and protective boy, Billy merely wanted to save the woman he loved. For her, he was willing to kill.

Bolstered by Billy’s confession, the police zeroed in on Pamela.

First, they tapped her phone line. Then they convinced Cecelia to wear a wire and get Pamela talking about the murder.

On July 13, police obtained a recording between the two friends that implicated Pamela in the murder of her husband. On August 1, she was arrested in her office at Winnacunnet High School – and WMUR News caught the whole thing on tape.

Before the trial even found a jury, the case became a media sensation. The image of the young grieving widow, now on trial for the death of her own husband, captivated the nation.

Beginning March 4, 1991, the trial was televised live every day, the first to air on Court TV.

Related: Cold Blooded: The Deadly Woman with 38 Aliases Who Murdered Her Husband

Facing first-degree murder charges, Pamela would receive life in prison if convicted. All four boys (Raymond had been arrested during the pre-trial hearing) had secured plea bargains before the trial began, and the prosecution used their testimonies to portray Pamela as a woman intent on murder.

Pamela admitted to the affair with Billy, but claimed she was innocent in the murder. She revealed her husband was also sleeping around, and she had wanted to repair the relationship. When she tried to end things with Billy, he flew into a jealous rage.

Cecelia testified to the contrary, claiming that two months before the murder, Pamela confessed she was madly in love with Billy.

The jury sided with the prosecution. Pamela wanted to avoid expensive divorce fees and profit from Gregg’s $140,000 life insurance policy.

On March 22, 1991, Pamela was found guilty of being an accomplice to first-degree murder, conspiracy to commit murder, and witness tampering. She was sentenced to life in prison without the possibility of parole.

All four boys served their sentences, and were released. Billy was the last to be granted parole in March 2015, 25 years after the murder.

Related: Belle Gunness: The Black Widow of the Midwest Who Lured Numerous Victims to Their Deaths

In 2014, HBO aired a documentary, Captivated, featuring interviews with Pamela Smart, who maintains her innocence to this day. In May 2019, nearly 30 years after the shocking trial, Pamela Smart was denied a sentence reduction hearing by the New Hampshire Executive Council. Smart's failed request marked the second time she had asked the state council for a hearing, thus exhausting all of her appeal options. In a jailhouse interview with WBZ’s Paula Ebben, Smart called the decision "completely unfair."

Featured photo of Pamela Smart getting sworn in before testifying on March 18, 1991: Murderpedia