Belle Gunness: The Black Widow of the Midwest Who Lured Numerous Victims to Their Deaths

Belle Gunness lured numerous suitors to her Indiana murder farm, where she killed them in cold blood and dumped their bodies in a hog pen.

In 1908 in La Porte, Indiana, authorities were busy digging up a hog pen. But it wasn’t hogs they were looking for—it was bodies. And they found more than a dozen.

All signs pointed to Belle Gunness as the killer behind the mass grave. She was a Norwegian immigrant and nowhere to be found.

Belle was an exception to the serial killer model. While the vast majority are men, she was a woman. Moreover, her motives were different. While most serial killers are driven by pure sadistic pleasure, Belle was mainly motivated by insatiable greed.

Born in Selbu, Norway in 1859, much of Belle’s early life remains a mystery. She was raised in poverty and worked tirelessly for a profitable farm for three years in order to fund her trip to the United States. In 1881, she crossed the ocean, changed her name, and settled in the Midwest, abandoning her old life forever.

Belle married a man named Mads Ditlev Anton Sorenson in 1884, and the couple soon opened a candy shop in Chicago. The store never amounted to much, and within a year it mysteriously burned down. The couple collected the insurance money, which they used to buy a new home. According to a census, the couple had four children. Two of the children allegedly died of acute colitis, a malady with symptoms that closely resemble poisoning.

Then Mads died on July 30, 1900, the only day on which both of his life insurance policies overlapped. His cause of death was ruled a heart failure and Belle claimed that she had given him “medicinal powders” to ease his suffering. She also, of course, collected the insurance money on his life.

Mads’ family was suspicious of murder, but Belle fled. She bought a farm just outside La Porte, Indiana and rediscovered an old friend named Peter Gunness, also a widower. The two married in 1902. Soon thereafter, Peter’s infant daughter died while under Belle’s care. Months later, Peter also died of strange circumstances—Belle claimed that he was scalded with brine while reaching over the stove.

Once more, Belle’s pockets brimmed with insurance money. But her lucrative personal tragedies were getting suspicious. So she placed personal ads in major midwestern newspapers stating that she was a “comely widow.” “Triflers,” she said, “need not apply.”

Men arrived. There was John Doe from Minnesota, who came with money to pay off Belle’s mortgage, and disappeared a week later. There was George Anderson from Missouri, who also brought money for the mortgage, but woke to find Belle’s sinister face staring down at him in the dark. He fled as fast as he could and never looked back.

Belle’s house became her citadel. She kept the windows shut and her blinds drawn. She spent nights shoveling in the hog pen and often placed large orders for trunks to be delivered to her home. Gentlemen suitors never ceased to show up, and all were never seen again.

Belle’s final victim was Andrew Helgelien, from South Dakota. After many letter exchanges, Andrew finally decided to take the leap and meet Belle in person. The words that persuaded him?

My heart beats in wild rapture for you, My Andrew, I love you. Come prepared to stay forever.

Andrew arrived on the farm, like the lonely hearts before him. And, like those doomed suitors, he too vanished without a trace.

Throughout it all, stood one man—Ray Lamphere, Belle’s farmhand. He did anything Belle asked of him and seethed with jealousy whenever a new suitor arrived at Belle’s door. Eventually, Belle realized Ray’s instability was a risk to her livelihood. When she fired him in 1908, the man went mad.

Helgelien’s brother, meanwhile, had grown suspicious of his missing brother Andrew. Belle tried to shake him off with vague stories about Andrew’s disappearance, but it was clear her excuses weren’t cutting it. With the walls closing in on her, she drafted up a new will and left her entire estate to her children.

Then on the morning of April 28, 1908, Belle’s home burst into flames. Her newly hired farmhand, Joe Maxson, awoke to thick smoke filling his room. He leapt out of his second-floor window, dying from the fall. Belle’s children, unable to escape, were found dead among the ruins once the smoke cleared.

Belle, however, was nowhere to be found.

Belle had previously reported Ray to the police as a threat to her family. When news of the fire broke, authorities arrested him and charged him with murder and arson. But one mystery remained—the charred remains of a headless woman uncovered in the rubble. Belle’s large stature—she stood six feet tall and weighed 200 pounds—didn’t seem to match up with the diminutive corpse. Yet a set of real teeth had been found in the debris. Belle’s dentist claimed they contained gold plating work that he’d performed on her. No one knew what to believe.

Lamphere (above) was found guilty of arson, but was struck ill soon after his conviction. Shortly before passing, he confessed everything to a priest. He said he’d been an accomplice to many of Belle’s murders. He revealed that Belle typically drugged the coffee of her victims, before caving in their heads with a meat chopper and dismembering the bodies in the basement. The remains were then dumped into the hog pen. Lamphere claimed that on the day of the fire, Belle beheaded her new maid, dressed the body in her own clothes, set her home ablaze and never looked back.

Belle, Ray said, was still alive. She was still out there, somewhere.

It’s believed that Belle Gunness murdered between 25 and 40 people, though only 12 could be verified from excavations in the hog pen. Prior to the fire, Belle had withdrawn all of her money from the bank. In 1931, a woman named Esther Carlson was arrested in Los Angeles after poisoning a Norwegian-American man for money. Some people who knew Belle claimed that they recognized Esther as her—but she died while waiting to go to trial.

Feature photo: Wikimedia Commons; All other photos via Murderpedia 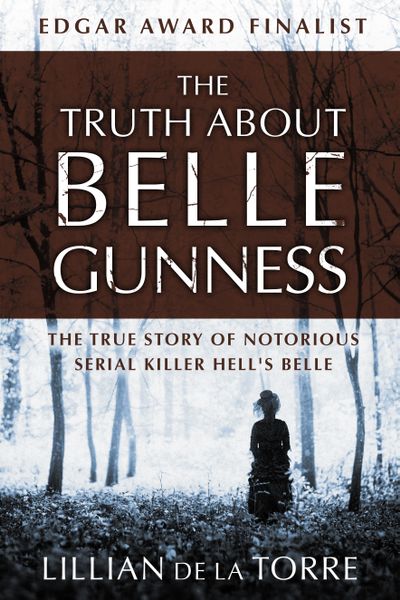