How many dark secrets was one New Mexico family hiding?

There are all manner of true crime cases circulating the internet, and while many of them are absolutely heartbreaking losses, let's be honest, there are some people that might have had it coming...

Some cases, however, aren't so clear cut—such as the murders carried out by 14-year-old Cody Posey on July 5th, 2004. The young teen ended the lives of his father, stepmother, and 13-year-old stepsister. But did the harrowing daily life of this boy lead him right into the heart of violence?

Cody and his family lived in Hondo, New Mexico on the Chavez Canyon Ranch, owned by acclaimed journalist and news anchor Sam Donaldson. Cody's father, Paul, ran the ranch. The blended family seemed to get along well, but anyone who took a closer look would see that there was a dark tension stretched thin between the lot. The secrets and demons concealed on this ranch would only be revealed when Donaldson himself stumbled upon Cody's bloody crime scene.

According to Cody, his parents' divorce marked the beginning of brutal verbal and physical abuse. And though it was a constant suffering he faced, it seemed it was one slap to the face from his father that pushed him over the edge. Cody decided in that moment that his father was never going to lay hands on him again.

17 Killer Kids Who Will Change the Way You See Children

That hot and sunny July day, Cody stalked outside to grab the gun his sister, Marilea, kept in her saddlebag for shooting snakes. He shot his stepmother, Tryone, first, sneaking up behind her to put two bullets in the back of her head as she read on the couch. When Paul came into the house, Cody shot him next. As his sister, followed behind him, she was shot too.

In a panic, Cody proceeded to launch a haphazard cover-up of the crime. He piled his family's bodies into a backhoe and placed them in a manure pile in a shallow grave. He left the blood and carnage behind in the house, breaking a window to stage a break-in. This was the horrific scene that Donaldson walked into on July 6th.

Donaldson phoned the authorities who quickly found the graves. Cody was arrested the next day and charged with the murder of his family.

When he was first taken into custody, Cody denied he took part in the murders. He insisted that the last time he saw his family was on the morning of the 5th, as he took off after a fight with his father. The police pressed, and before long Cody folded to the truth. He confessed to the murders—and spun a tale of a miserable and unimaginable life.

When Cody's parents were battling for custody, he was fortunate enough that his mother won. They set off for a brand new life together, complete with her new husband, Cody's stepfather. But just three months after the custody settlement, the family was on their way to Washington when their car flipped in a terrible accident. Cody managed to survive. His mother did not.

At 10 years old, Cody was dragged back to the cruel clutches of his abusive father. He begged and pleaded not to go, but nothing could be done. The psychological abuse Paul inflicted was just the tip of the iceberg. Cody was sent out on the ranch to work for long hours and was denied food, water, or rest. Being kicked or punched by his father was a daily occurrence. There were days when he was awakened with an electric cattle prod. He'd been whipped with a lasso. Dragged along behind a horse. He was even threatened with genital mutilation to deter him from mistakes.

Tryone stood with her husband, joining in on both Cody's mental and physical abuse. Marilea was asked to keep an eye on Cody to report back when he did something wrong. On the occasions in which she would tattle back to her parents, she would be rewarded.

As Cody went on to describe the things going on behind closed doors, he made it clear it was not really the slap that fateful morning that made him snap. The night before, his father had asked him to participate in a sick request. He wanted the teen to have sex with Tryone. When Cody refused, his father burned him with a welding iron as punishment.

Cody was 16 when he stood trial for the murders. Though Cody began the proceedings with composure, the defense lawyer's opening statement had him bursting into tears. His experiences with abuse were front and center at the trial, and he was visibly struggling with the emotions connected to that.

Several witnesses—such as his former stepmother and multiple ranch hands—came forward to corroborate Cody's testimony of abuse. Cody also took the stand in his own defense, detailing both the past horrors and the events directly leading up to the murders. He said that his father's incestuous request made him feel "dirty" and "disgusted." When asked what was going through his mind as he killed them, he replied, "I don't know what I was thinking, I can't tell you. I myself wish I knew what I was thinking."

Cody admitted to feeling overwhelmed and losing control over himself and his emotions. His defense lawyer argued that his judgment had become impaired by despair. Meanwhile, the prosecution argued that Cody's story of abuse was a complete fabrication.

Instead of life in prison, Cody was sentenced to psychiatric treatment. Furthermore, he was to remain in a juvenile facility until he reached 21 years of age. In April 2010, he was moved out of the juvenile facility and into a transitional rehabilitation facility. In October of that year, Cody was released into society. He gained his freedom on his 21st birthday. 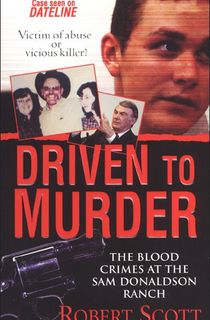