Above Suspicion Trailer: A Shocking True Crime Case Comes to the Big Screen

The first trailer for the adaptation of Joe Sharkey's true crime book features Emilia Clarke as the informant who was murdered by her FBI lover.

Less than a month since the release of Making a Murderer Part 2, true crime fans already have something else to be excited about: Eagle Films has given us our first look at the upcoming adaptation of Joe Sharkey's book Above Suspicion. The story tracks the real-life downfall of FBI agent Mark Putnam, whose tumultuous, two-year affair with his female informant ends in murder. Actor Jack Huston stars as Mark, while Emilia Clarke—known for her role in Game of Thrones—is his impoverished lover, Susan Smith. There is no official U.S. premiere date yet.

“The first time I saw Mark Putnam, I thought he looked like a picture in a magazine,” Clarke says in the trailer, sounding very unlike the Mother of Dragons with her Southern drawl. “But things go wrong...as things will.” The remainder of the clip reveals just how wrong things go between the informant and the man who “is everything [she’s] ever wanted.”

Newly assigned to the bureau in Pikeville, Kentucky, Putnam is tasked with bringing down a serial bank robber. He recruits Susan, as her involvement in the local drug scene could be a valuable asset. But while her connections to the criminal underworld are useful to the investigation, Mark and Susan's attraction to one another threatens to derail their hard work. When their professional partnership turns into a full-blown affair, Susan starts infiltrating Mark's personal life. But despite his attempts to get Susan to leave him alone by paying her off, it seems she won't go down without a fight...

Related: Excerpt: The Disturbing Story of the FBI Agent Who Strangled His Informant

As writer Joe Sharkey describes in his book, they did fight—disastrously. On a night in 1989, an explosive argument about Susan’s accidental pregnancy culminated in her murder. Knowing that a child would destroy his marriage and his career with the FBI, an enraged Mark strangled Susan and dumped her naked corpse into a ravine. He confessed to the crime one year later, whereupon he received a 16-year sentence for first-degree manslaughter (although thanks to “good behavior,” he only served ten).

The famous case has plenty of elements for true crime aficionados to sink their teeth into—from Sharkey's detailed account of Mark and Susan's fraught relationship to his condemnation of the FBI's use of informants. To get the full Above Suspicion story, download a copy of the book before the film comes to theaters. 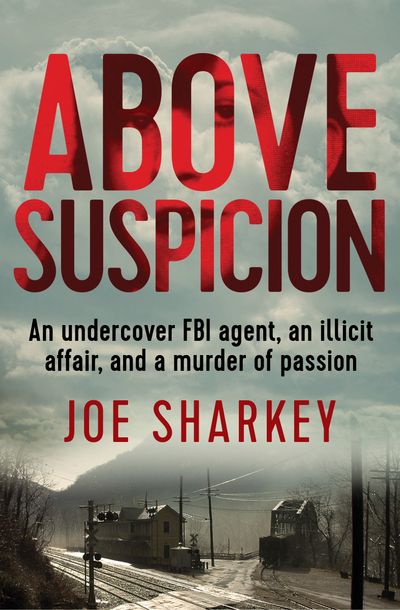 Want more true crime? Sign up for The Lineup's newsletter, and get the creepiest stories delivered straight to your inbox.

Featured still from "Above Suspicion" via Eagle Films