It seems we say this every year lately, but that doesn't make it any less true: 2022 was one hell of a year for horror. And 2023 shows no signs of slowing down.

As the world around us continues to offer its own real-life nightmares, horror on the page has become a palpable source of escapism and inspiration. Horror bleeds into so many narrative styles and sub-genres, there’s really no limit to where it can go in 2023.

So as I look back in order to look forward to the new year, that word we're all familiar with comes to mind… yup, “resolutions.” Why not make some horror-reading resolutions as the year kicks in? With so much good horror coming out, it will help to have a roadmap.

I’m a sucker for the DIY spirit, so when it comes to independent publishers, despite the limitations and sometimes the difficulty of finding their titles, I’m all about exploring what the smallest and most punk presses are putting out. Last year we saw so many standouts like Helpmeet by Naben Ruthnum and Rootwork by Tracy Cross. Indie presses put out the books that other presses might not be able to publish for matters that have to do with more overhead and more voices in the conference room. 2023 has some truly fun stuff on the horizon.

Adlerberg knows terror. His novella Graveyard Love introduced readers to the middle-aged Kurt Morgan who lives with his mother in a house near a graveyard. It’s a lonely tale that borders on obsession and mystery, horror and disturbing pleasure. His novel Jack Waters went in a different direction by introducing us to the titular character, Jack Waters, a murderer who becomes embroiled in political strife.

Adlerberg’s long-awaited The Screaming Child promises to deliver everything he does so well—vulnerability, loss, and a sense of bone-chilling intrigue. 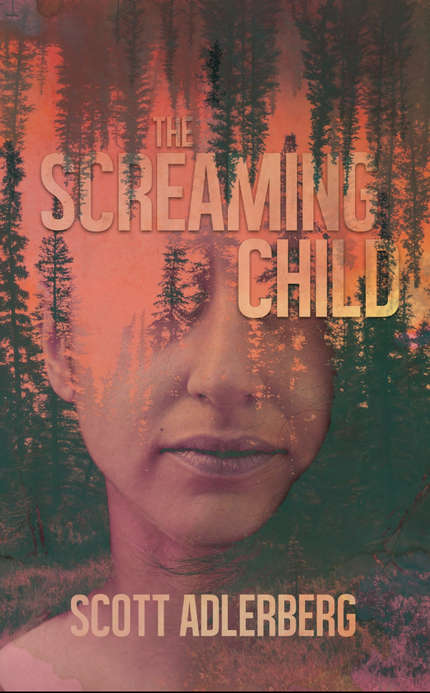 The Most Anticipated 2022 Indie Horror and Thriller Books

I used to be the sort of person that wouldn’t touch out-of-print or well-worn paperbacks mostly because I didn’t like the feeling of holding something that could fall apart as I read it. I couldn’t stand the idea of seeing a book fall to pieces mid-story. Time changes everything. Nowadays I’ve been digging into old paperbacks, comprising a list of out-of-print titles, in hopes of one day being able to find them. Worst case scenario, I’ll have a big folder of saved cover photos to peruse. You just don’t find illustration-heavy cover art anymore.

This one has been out of print for ages. Lieberman has said on record that most—if not all—of his books are based on nightmares he’s had. So when you come across a book like Crawlspace, it gets the mind racing.

Albert and Alice Graves are lonely and living a very prototypical (for the time of the writing of the novel, the 1970s) domestic life. They make a discovery that is pure nightmare fuel: a man named Richard living in the crawlspace of their house. Things get even worse when the couple takes Richard into their house, bonding and becoming borderline obsessive with the man. The feeling, you could say, turns out to be more than mutual.

Lieberman’s novel remains out of print and difficult to come by a physical copy—though you can easily read a digital edition. Also the original cover art? So awesome. 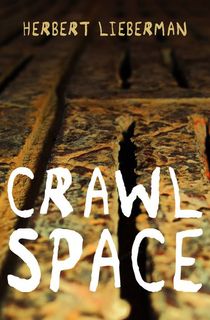 8 of the Most Underrated Horror Books of All Time

This reading resolution is pretty much evergreen. So many new voices appear every year with the freshest tales of terror and intrigue, so it’s up to the voracious readers to always be on an active lookout for those new publications. Sometimes it can be exceedingly tough trying to keep up with the wave of new books constantly landing on bookshelves, but being conscious of what’s coming out has always been worth the effort. I’m not so sure I would have been able to read Curse of the Reaper by Brian McAuley or Jackal by Erin E. Adams at the time of their publication if I wasn’t doing my best to cut through all the noise of marketing hype that often acts as a catch-22, burying newer voices amid the established tones of anticipated new books.

Compton’s debut has been on my list for what feels like half of 2022. Eagerly looking forward to reading it at the dawn of 2023, during the chilling height of winter. Early reviews have called the book tense and a refreshingly new take on the well-worn haunted house trope. The Ross family is on the run from a family curse. Along with his daughters, Dess and Stacy, Eric takes on an odd offer to stay in the Masson House, a notoriously haunted locale, as long as they manage to remain (i.e. don’t flee the house’s haunts) and record all encounters with the unknown.

The Spite House promises to uproot the expected and build an entirely new breed of gothic horror. 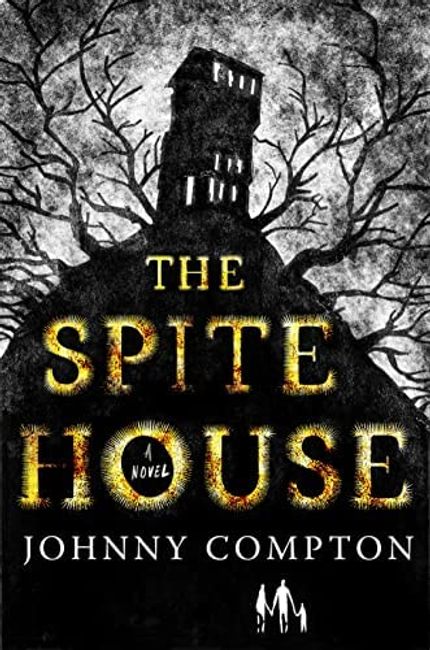 The Best Debut Horror Novels of 2022

Categories. Genres. Subgenres. We have so many labels and classifications. Whenever one “genre” or “category” evolves, it conjures up all that has come before it. Though necessary for readers to navigate an increasingly convoluted narrative landscape, these labels can sometimes become borderline counterintuitive. I mean, how many times have we seen a book marketed as one genre only to discover in reading it that it's something else entirely?

I want to actively read more based on the back cover synopsis of a book, and less because I'm chasing after certain categories. There’s so much out there to discover. This reading resolution to read beyond labels promises to be rewarding, as it will allow for reading from one’s gut instinct and a natural interest in what the book promises to deliver.

I will always come back to this novel. A testament to all-things horror and profane, Cooper’s cult classic The Sluts demonstrates what I’m talking about. It is marketed as transgressive and shelved as a literary novel; yet amid BISAC codes and bookstore bookends, the novel is horror at its best.

Written in the form of escort reviews on a message board, the narrative focuses initially on kink and pleasure, only to swiftly develop an infamous self-destructive escort that makes the rounds of the clientele reviewing on said message board, revealing that this person may in fact be seeking their demise.

When it came out in the 90s, The Sluts was utterly unique, with nothing like it on the shelves. As we enter 2023, it retains that same allure—and forever exemplifies how you can’t decide on a book solely by how it is categorized. 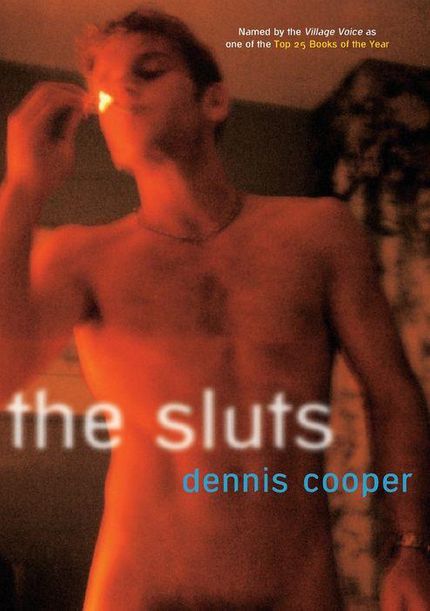 This will probably stand out here as completely unlike many readers’ habits, but one thing I’ve routinely been bad at is digging deeper into a single author’s bibliography. Sure, I’ll read one or two of their books, but for every author I get excited about, there are a dozen I equally adore—but never read any more than the book that happens to end up at my desk. This needs to change!

A resolution for 2023, like reading more out-of-print books, is to go back and read the bibliographies of some of my favorite authors. Stephen King? Yeah, I’m looking to make this a resolution, not a full-time job. But Paul Tremblay, Alma Katsu, Gwendolyn Kiste?  I’m digging in. I’m getting caught up.

A Headful of Ghosts. Survivor Song. The Pallbearer’s Club. And of course, Cabin at the End of the World, as its adaptation is due to be released this year. A marquee list of memorable books, Tremblay has been building a remarkable bibliography and is continuing to forge his own shelves of terror. I somehow managed to miss a few when they came out.

At the top of my list to fill out my Tremblay section of my library is his 2019 story collection, Growing Things. It’s a collection demonstrating his considerable range, including the noted novella, Notes from the Dog Walkers—which folds in on the lore of his novel, Disappearance at Devil’s Rock. There’s no better book to give me the resolve I need to finally get caught up on Tremblay’s impressive oeuvre. 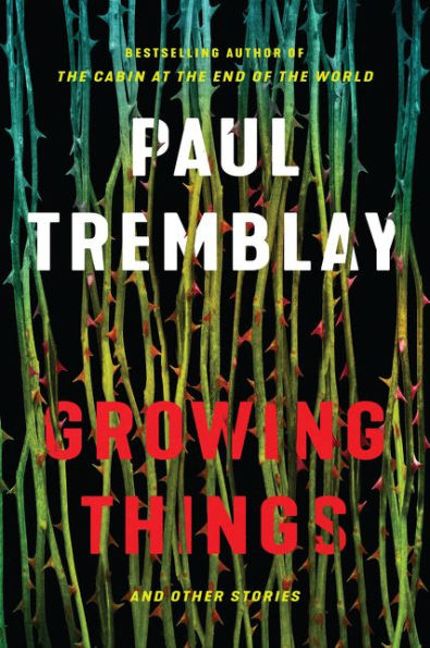 Much like the resolution involving being actively cognizant of new debuts, there's another side to reader habits that tends to foster close-mindedness: giving up on a book, or the dreaded "DNF" (did not finish).

I admit to doing this, a lot. I pick up a book excitedly only to put it down a chapter or two later. Usually, the reason likely has less to do with the book and more to do with the distractions, the stressors, the timing, or the various tasks taking up the majority of my time. The book ends up in a stack of books partially read, never to be picked up again. It’s a bad habit, one that needs to be resolved. Sometimes we’re just not in the right mindset at the time and a book deserves another shot.

I feel bad about this one. Kingfisher’s novel was everything I wanted to read at the time, seemingly so many years ago, though maybe only a few. I pre-ordered the book and started reading it mere days after it arrived at my doorstep. Then I set it down after a few pages and never went back. I “couldn’t get into it,” as we often say. Why? Seems unfair.

I love the novel’s premise, one involving family secrets dug up from the remnants of a lifetime of belongings. After her passing, Mouse visits her grandmother’s house to clean up the layers of packrat refuse and garbage, only to discover a journal that reveals a mania of truths and terrors. That sold me when I first heard about it… and in anticipation of revisiting it, especially for the potential horrors laden with the hoarder motif, I feel it is almost time to step back into the stacks—armed with gloves and the resolve to finish what I started. 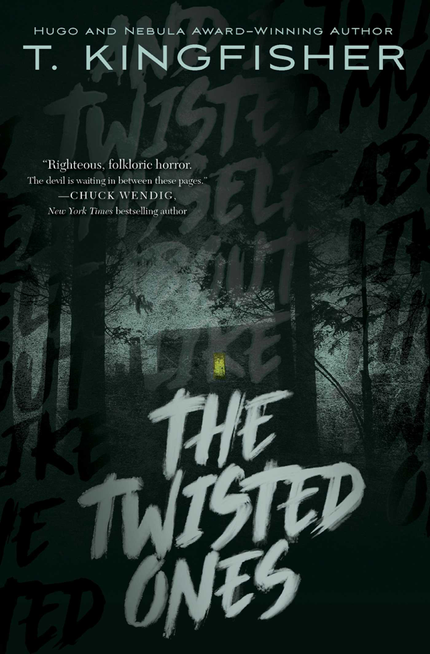 8 Quiet Horror Books That Will Haunt You Forever