Horrifying recommendations from an expert on the weird.

It’s been a weird year, huh?

At this point, I’ve pretty much lost track of how many things have drastically changed in my life, and how my understanding of the world has been altered forever. Less dramatically, though, I found myself with a lot more time on my hands to listen, read, watch, and explore than usual. Maybe you had more hours to fill, like me, or possibly you found yourself in your same old day-to-day with more reason than ever to drown out your commute. In any case, you probably spent a significant amount of time delving into the unexplored depths of spooky online tales or refreshing your feed in search of new otherworldly stories to distract yourself from the regular-weird world around you.

Luckily, it seems that the content gods have heard our cries and will not leave us hanging. In my new column, I will share with you all of the binge-worthy podcasts, freaky films, unbelievable books, and strange stories that have caught my eyes and ears each month.

I was already a huge podcast listener before the world shifted, but my drastic change in pace turned me into a next-episode-next-episode-oh-wait-was-that-the-last-episode kind of addict. Where I was once able to savor a weekly drop on my morning commute, I found myself desperately searching for any new/cool/weird/funny/scary/gripping audio content to funnel into my ears. Thank goodness there have been some wild releases as of late that totally deliver with that gotta-see-what-happens-next intensity.

The Opportunist, whose first season was released by Kast Media in early February, tells the “true stories of regular people who turn sinister simply by being opportunistic,” focusing on a different real-life character each season. In Season 1, host Hannah Smith unwinds the thorny tale of Sherry Shriner, a midwest mom who ran what some may call an online religious cult whose practices veer into all sorts of crazy conspiracy theories (don’t worry, aliens included).

At the heart of the story is the murder—suicide?—of one of her former members, and believe me, it’s a rollercoaster. Smith is engaging and empathetic, which is important for those of us fascinated with cults, because we suspect we might be susceptible to joining them.

The fantastically produced podcast follows investigative journalist Sam Bungey and documentarian Jennifer Forde as they tell the complicated story of the crime and its investigation. As the story unfolds, the main suspect, a local journalist with an odd personality who inserted himself into the police’s investigation at the time of the crime, also manages to insert himself as the main character of the podcast, giving countless interviews from his, uh, unique perspective to the podcast creators. Complete with modern-day updates on the investigation, this podcast is a must-listen for true crime aficionados.

I also ventured into fictional horror podcasts during the pandemic, a genre on which I was painfully behind, and wow there are so, so many amazing creators out there that I will no doubt be covering in future columns. One particularly fun listen is Parkdale Haunt from the Frequency podcast network.

Parkdale Haunt tells the story of two best friends, Claire and Judith, attempting to start their own podcast on home renovation. The paranormal twist? Claire inherited the house they are renovating from her biological family that she never knew growing up, and, as the work unfolds, it turns out there is something supernatural going on.

Related: The Best Horror Podcasts of 2020

It has great voice acting, strong sound design, and some convincingly creepy scares (bugs in the faucet?) with a sense of humor to boot. What kind of sense of humor are we talking about? In a recent Q&A episode, the creators revealed that their inspiration for the story came from the 2017 viral Toronto Life article about a family’s “renovation from hell”, but... what if it’s actually from hell?

It's relatively new—the first episode was released in September of 2020—and it looks like a second season is in the works, so now is the perfect time to get caught up on the story and emotionally invested in its cast of characters.

CHAOS: Charles Manson, the CIA, and the Secret History of the Sixties

Ok, so I’ll admit that this next recommendation was a pre-quarantine read, and it’s possible that my brain is still trying to figure out how to process letters printed onto paper again. However, if you are looking for some captivating nonfiction, and, perhaps, a book that can help ease your pandemic-addled brain back into printed matter, you simply have to pick up CHAOS: Charles Manson, the CIA, and the Secret History of the Sixties by Tom O'Neill.

According to O'Neill, he was never particularly interested in Charles Manson until 1999, when he was assigned an article for an entertainment magazine on how the Tate-LaBianca murders had changed Hollywood. His research for the piece outlasted the magazine itself, turning into a 20-year rabbit hole of blown deadlines and meticulous investigation into the dark side of Hollywood, The Manson Family, Helter Skelter, government experiments, and much, much more.

It's a deceivingly large book, coming in at over 400 pages, but don’t let the heft scare you away! O’Neill’s writing style is riveting, and you will find yourself flying through his first-person account of the gory details, trials and tribulations, and never before documented proofs. 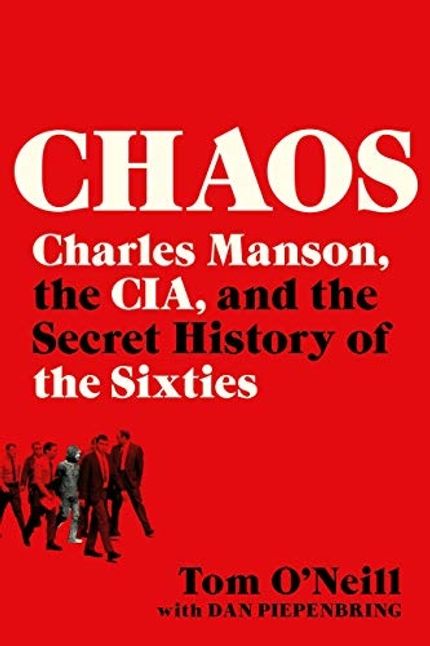 Waco: The Rules of Engagement

Now if you’re looking for a more soothing experience, maybe a light movie that you could sit back, relax, and enjoy with a tub of popcorn, may I recommend Waco: The Rules of Engagement, a documentary from 1997 about the siege on Waco, David Koresh, and the Branch Davidian.

Okay, I’m obviously kidding, this film is intense. It is chocked full of so much video footage, expert commentary, and detailed information—some of which I had never heard about Koresh, his group, and their interactions with the ATF and FBI, and I'm a person who has been fascinated with/horrified by this story for a long time.

It's available on Amazon Prime, along with what I’ve noticed is a growing trend of older and independent documentaries being added across streaming services. Some are definitely of more dubious objective and origin, but Waco: The Rules of Engagement—directed by William Gazecki—is a well-researched, well-intentioned dive into a multilayered and difficult story. And you don’t have to take my word for it, Waco: The Rules of Engagement premiered at the Sundance Film Festival, won a News & Documentary Emmy, and was nominated for an Academy Award.

I certainly hope my first list has enough gripping content to tide you over until next month, which, if my mail this week has anything to do with it, promises a bit of an extraterrestrial bent. In the meantime, I’m back to the content mines to bring you the best and brightest of the weird world out there.