There’s no time like the present to disappear into these underrated reads.

The pandemic is real, and we’re all holed up in our respective homes like good responsible individuals. On the bright side, social distancing means tons of spare time to read! Everyone’s got a similar idea, with pandemic horror books like The Blondes by Emily Schultz, The Stand by Stephen King, The Plague by Albert Camus, and Severance by Ling Ma experiencing surges in sales. People want to read about something relatable, and what’s more relatable than navigating a shifting society and working together to combat one of the most frightening threats of all—an invisible and contagious virus?

But what if you’ve already perused the big names, the seminal pandemic touchstones? Perhaps you took a break from reading to stream all the virus movies like Contagion and are now back to looking for a fresh read. What's more, perhaps you're in search of a pandemic book with a bit more humanity, even a glimmer of hope.

There are so many pandemic books vying for your attention that it can be difficult trying to figure out which ones are worth reading. That's where we come in. Here are 12 underrated pandemic books that span horror and sci-fi to fantastical post-apocalyptic fiction. They often end up lost in the mix, yet we feel they belong at the very top of your TBR list. In addition, many of the reads below swap out the heavy doom and gloom in favor of humane and heartbreaking characters, fantastical settings, and even flashes of hope amidst the chaos—making them a perfect read for our uncertain time. 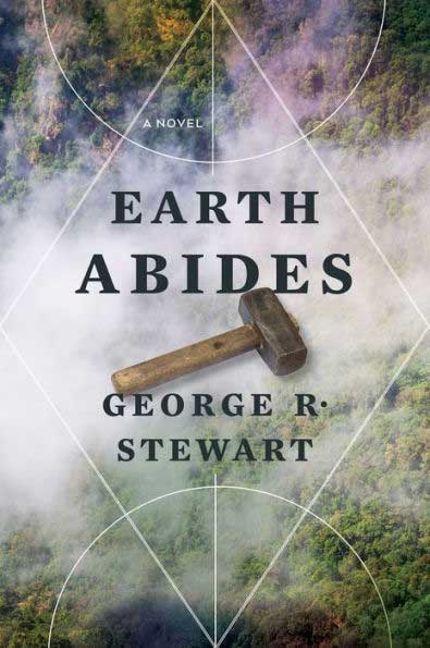 Earth Abides is a quiet and emotive tale written about the cycle of life, nature’s resetting of the land. This 1949 novel by George R. Stewart takes the now-classic post-apocalyptic premise—a pandemic, the destruction of society, and an unlikely future—and creates an eerily prescient tale about one survivor.

The novel follows Isherwood “Ish” Williams as he attempts to find some semblance of a life in the utter decimation of human civilization. Ish is smart and a loner at heart, which makes him better equipped to face the psychological unknowns of what might be his and humanity’s final days. He’s ready for it, numb to even the simplest emotions, until he comes across another survivor, Em: a tough and vigilant woman who becomes his main ray of hope. 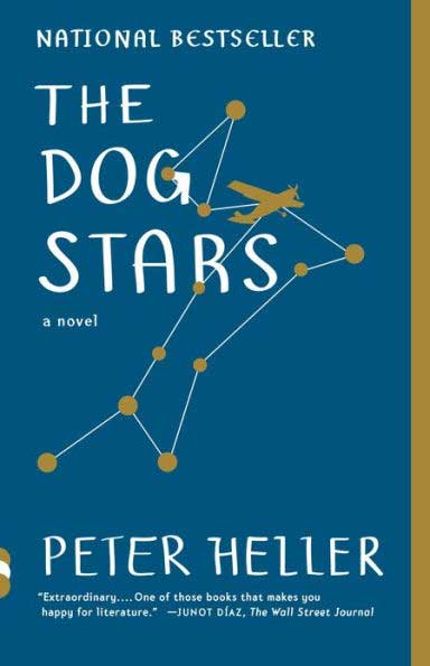 Perhaps a little too realistic for some, Peter Heller’s The Dog Stars is about a pilot named Hig who survives a deadly flu that killed everyone he knows. The pandemic swept the country and has left him isolated from all communication with would-be survivors. Bound to his hangar and alone except for his dog, Hig is forced to follow a routine of listening to the radio, taking flight, and returning home to keep from going insane. The little airport is a refreshing setting, and at times the book feels less like post-apocalyptic fiction and more like an outdoorsy adventure tale about a man and his canine best friend braving the wilderness as well as the skies.

But that’s what makes The Dog Stars so compelling: Hig’s relatively uneventful existence at the beginning of the book lulls the reader into a false sense of safety. He seems strong, confident, and skilled—necessary qualities in someone capable of surviving a precarious situation. And then the promise of other survivors breaks the routine, as Hig desperately tries to respond to a radio transmission. 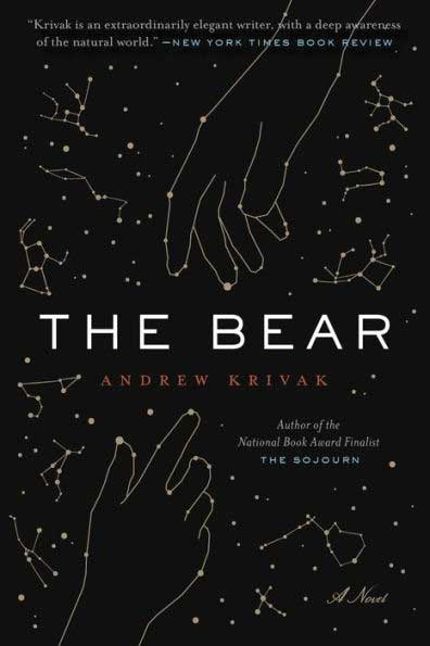 Krivak’s latest is about as heartwarming as a novel about the end of the world can get. It’s a fable about the last two humans on earth: a young girl and her father. Instead of covering territory like how the end of civilization came about, The Bear focuses on how the two live off the land. The father teaches his daughter how to live a sustainable life—fishing, hunting, and even how to identify star constellations. Much like the father did for his son in Cormac McCarthy’s The Road, the father is preparing his daughter for his inevitable end.

What happens when the daughter becomes the last person on earth? The young girl must embrace a life that’s in harmony with nature itself. The Bear is a beautiful and breathtakingly sad cautionary tale about a future that’s becoming ever more believable. 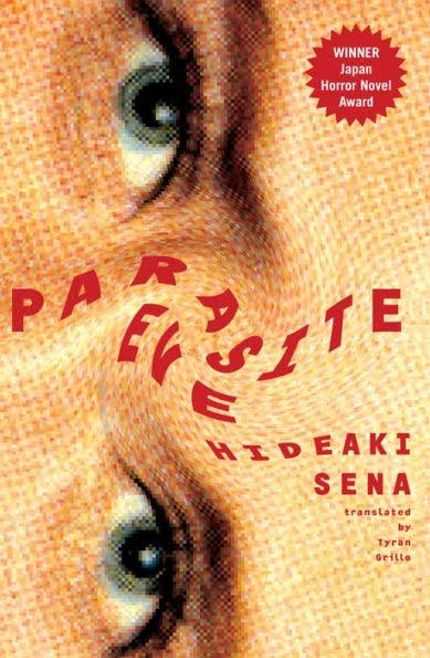 Sena’s novel was the original source material for Square Enix’s eponymous RPG video game for Sony PlayStation. To this day, it continues to be an underrated and frequently forgotten piece of science fiction. Ever heard of the mitochondria? They’re the part of the cell that produce energy currency to regulate cellular metabolism. Parasite Eve asks about the nature of the process, and what would happen if the mitochondria produced a surplus of energy. Could they cause an inward sparking of a person’s cellular structure?

It’s a fascinating concept, forming the basis of a mysterious pandemic. On the outside, the affliction looks like spontaneous combustion. The novel describes the events surrounding Dr. Nagashima, who lost his wife in a car crash, and the potential for tapping into the mitochondria to bring her back to life. 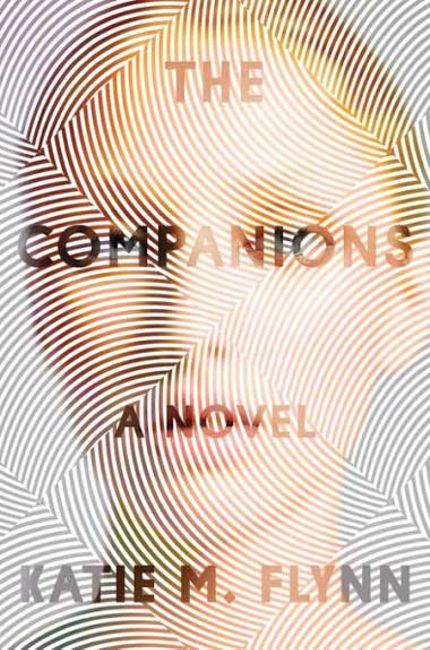 After an extremely contagious virus scares the American population into quarantine, not unlike the present situation with COVID-19, people are forced to get used to secluded, technology-centered lives. A random assortment of wealthy participants take part in a so-called “companionship” program in which they can upload their consciousness before death, effectively enabling them to stay alive indefinitely. If you’re not rich enough, your consciousness becomes a commodity, capable of being rented or sold to other people.

Flynn has taken the fear of physical contact to the next level, imagining a world where the only way to live is to do so via the confines of a technological vessel. 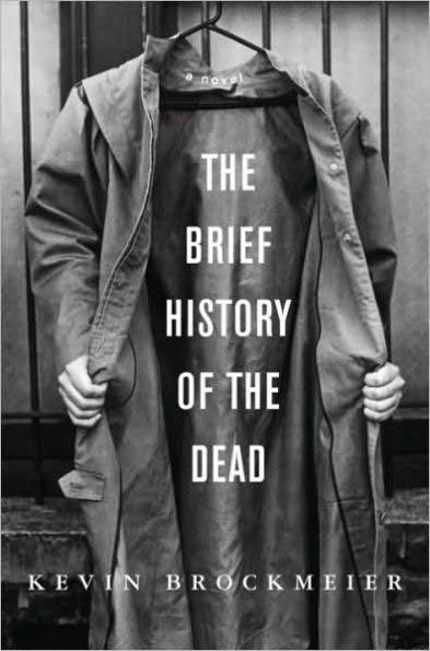 The Brief History of the Dead

At first, The Brief History of the Dead doesn’t really seem like a pandemic novel. There are no outright diseases, and there doesn’t seem to be an “end” of civilization. But there is a lot of death, or more specifically, an entire city of the dead. Deemed “The City,” it’s a place where the dead go to live in a sort of purgatorial state for as long as someone still alive on Earth remembers them. The moment they’re forgotten, they cease to be. The novel alternates between inhabitants of the City and their quest for the truth and Laura Bryd, who is trapped in an Antarctic research station, looking to escape. The effect is quite dazzling, a melancholic subversion of the pandemic novel formula.

The Brief History of the Dead 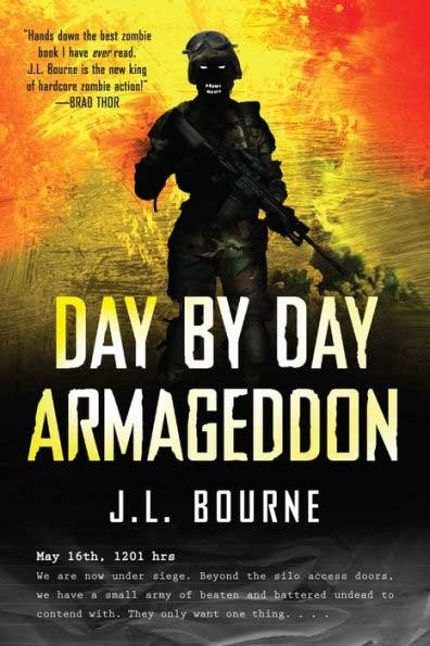 Who doesn’t like zombies? Okay, perhaps the question should be: Who doesn’t like a great claustrophobic epistolary novel about a person’s last stand against an impossible foe? Written as a diary at the epicenter of a zombie apocalypse, Bourne’s clever and quite addictive novel feels like a perfect marriage of George A. Romero’s films and Shaun of the Dead.

What makes this a pandemic novel to check out is, in fact, the structure—beginning right as the clock strikes midnight on a new year, the narrator, a U.S. Naval officer, writes the ins and outs of what readers already know will be the end of the world by way of zombies. The mundane elements make it so refreshing and human. It’s less about the zombies and more about how order itself falling apart, creating a caustic sense of surrealism. Wading through the zombie tropes is worth it for the excellent depiction of humanity up against the foreseeable end. 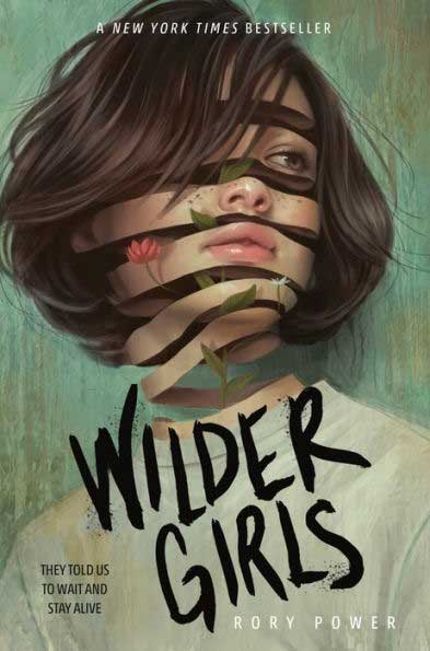 A modern retelling of Lord of the Flies, with an extra dose of pandemic for good measure, Power’s book takes place at an all-girls school in Maine. The place is isolated, and when a mysterious virus called “the tox” begins wiping everyone out, the island is quarantined until further notice. A group of girls remain at the school, with the Navy occasionally dropping supplies under the promise that the CDC is working to find a cure. When the promise goes unfulfilled and the supplies dwindle until they completely disappear, the girls are forced to fend for themselves. 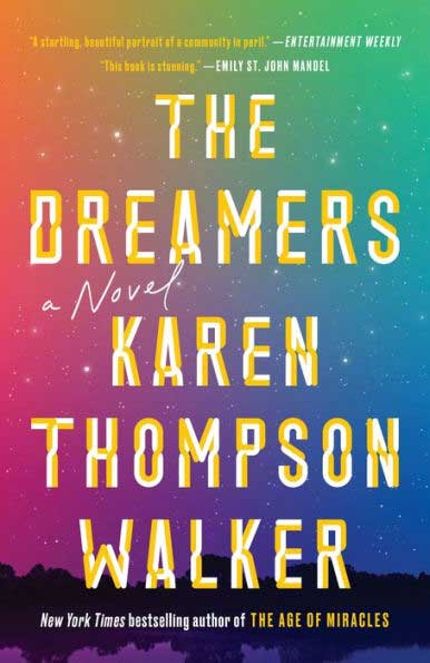 In the small college town of Santa Lora, California, a mysterious illness plagues its citizens. The infected fall asleep and don’t wake back up. It’s not quite a coma—rather, they seem to remain in REM state, dreaming their lives away. Mei’s college dorm roommate is one of the first victims, but soon, one after the other, everyone contracts the virus. The town is placed in quarantine, and the local hospital overflows with calmly sleeping people. Walker’s novel looks at the effects of a pandemic on one’s social connections. 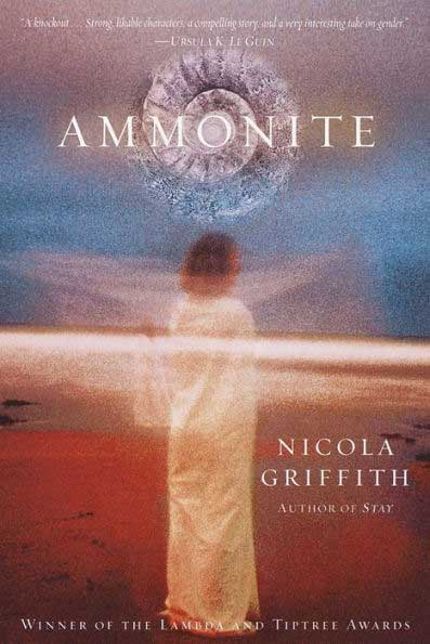 If you’re looking for a pandemic novel that doesn’t take place on Earth, you can’t go wrong with Nicola Griffith’s first novel, Ammonite. It takes place on Jeep, a planet inhabited entirely by women, a virus having killed all the men ages ago. A group called The Company sees Jeep as a viable planet for exploitation. The problem is, they fear contracting the virus. The company sends Marghe, an anthropologist, to Jeep to study its culture and develop a cure for the virus. Griffith deftly explores all the nuances of a post-pandemic society, and pinpoints what a pandemic does best: enforce change. 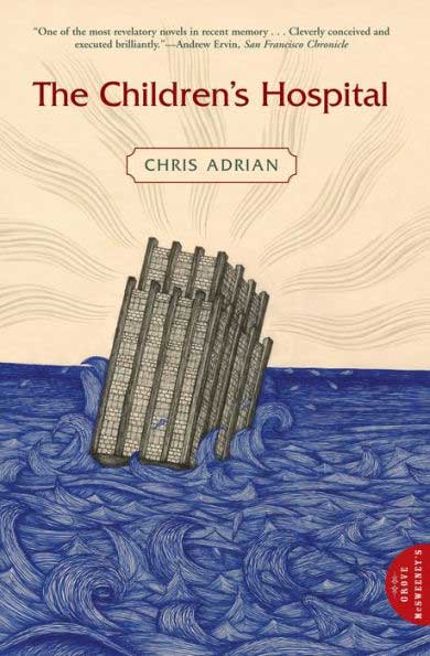 Adrian’s beautiful yet bizarre apocalyptic novel encourages suspension of disbelief and embracing the surreal. After a potentially biblical event left the Earth completely flooded, a floating hospital houses young patients battling mysterious afflictions and viruses. Jemma Claflin, a medical student, discovers that she has powers and becomes an integral part of the fight to save countless young lives. At 615 pages, the narrative scope of this novel makes it a true epic. If you enjoy your pandemic tales with a side of fabulism, Adrian’s debut novel is what you’re after.

Related: This Allegorical Horror Flick Is One of the Most-Watched Movies on Netflix Right Now 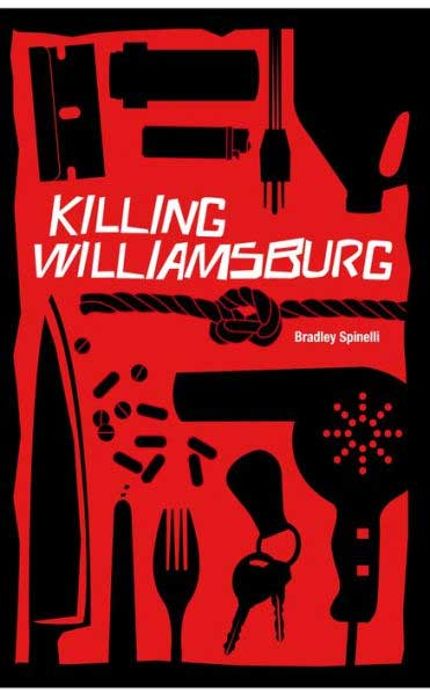 Spinelli’s debut novel sends us back to 1999 for one of the scariest possible pandemics of all: a mysterious disease that causes the infected to commit suicide. Simultaneously acting as a masterful piece of Brooklyn history, the novel depicts the frenetic nature of hysteria in the extremely close quarters of a city like New York. Benson, our protagonist, witnesses each and every friend and acquaintance from his active nightlife catch the “Bug,” and decides to form a sort of DIY crew to take matters of containment and cleanup into his own hands.

Killing Williamsburg manages to take the apocalyptic and the party narrative and blend them into one with truly alarming results. The fact that a good chunk of New York City’s population was frequenting bars and restaurants up until the final hours before the citywide “shelter in place” only makes this novel more relatable.