Real-life alien research that's out of this world.

In the late summer of 2020, an article published by the New York Times written by Ralph Blumenthal and Leslie Kean revealed that “despite Pentagon statements that it disbanded a once-covert program to investigate unidentified flying objects, the effort remains underway.” In case you’re wondering if you read that correctly, what that means is that, yes, the United States Department of Defense is still actively looking into the strong possibility of UFOs not only being real, but being *actively* real. As if 2020 hasn’t been exciting enough.

According to the article, Pentagon officials aren’t addressing any inquiries about the program, which is operating in the Office of Naval Intelligence. Advancing the reporting of news along these same lines, The Cut published an article in 2020 stating that reports of UFO sightings are increasing in the United States, Belgium, and Canada. And those are just counting signings that have been reported. There are probably many others. The Cut article goes on to report that “Chris Rutkowski, a UFOlogy researcher in Canada, told CTV News, “We’re looking at increases of about 50 percent from this time last year, so for some reason, people are reporting more UFOs during lockdown.”’

Whether you believe in the existence of UFOs or not, the government certainly does, and being that many people are working from home now, they’re more on guard to spot things they may have missed before. It’s an interesting topic that the authors of the following 13 nonfiction UFO books have a great deal of experience in. Pick one, or all of them, and dive into the convo yourself.

Major Jesse Marcel put his time in as an intelligence officer for the 509th Bomber Group. While he cemented his name in history for being part of the military group that dropped the atomic bomb on Japan, he made his mark even more indelible in Roswell, New Mexico. On record as being the first military officer to report to the scene of the now infamous Roswell crash, his first hand account of his discoveries there are detailed by his son in The Roswell Legacy, and presents documentation that’s never before been made available in such organized totality. 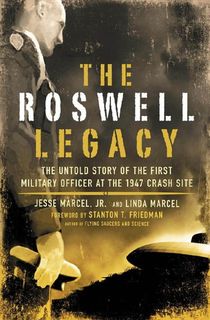 By B J Booth

UFO researcher BJ Booth has compiled a collection of photographic evidence pointing to the existence of UFOs that’s hard to dispute. In UFOs Caught on Film, he provides written commentary for each photo, spanning all the way back to the 1920s, up to recent years. As the saying goes, “every picture tells a story,” and the stories found here will either excite you, or keep you up at night. 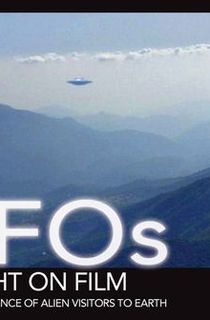 For Nobody's Eyes Only

A fascinating read for anyone interested in knowing more about a wide variety of head scratching conspiracies. In For Nobody’s Eyes Only, Nick Redfern shines an investigative light on previously hidden government files pertaining to the Roswell UFO crash, notable figures like JFK, and Princess Diana, MK-Ultra, and the Watergate scandal. The truth is no longer just “out there,” it’s in this book. 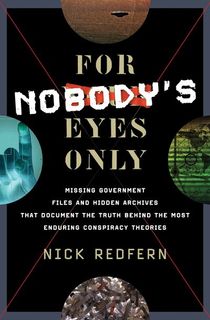 Stanton T. Friedman has compiled over 40 years of research obtained during his career as a Nuclear physicist & lecturer. In Flying Saucers and Science he uses his vast knowledge to explain, in plain terms, that UFOs are not only possible, but probable.

Related: 13 Scariest Episodes of The X-Files That Still Haunt Our Nightmares 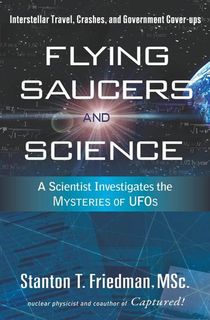 In this mind-blowing page turner Timothy Good offers up research and first hand accounts of interactions between humans and aliens dating as far back as 1932. A stand out section of the book includes a former M16 member supplying intel on a conversation she had with Neil Armstrong regarding undisclosed space craft on the moon, which she tells in this book for the first time publicly. 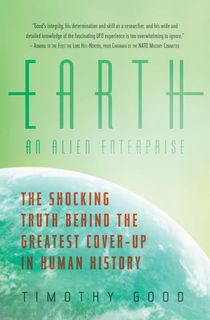 For those who are on the fence as to what they believe when it comes to aliens and UFOs, this book is heavily rooted in science, and hard cold facts. Authors Donald R Prothero and and Tim Callahan go from crop circles, UFO sightings, and accounts of alien contact while measuring the stories and claims against research and data. For these authors believing is one thing, but proving something is far more valuable.

Related: 13 Mind-bending Sci-Fi Horror Movies You May Not Have Seen 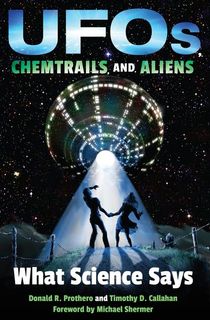 The Report on Unidentified Flying Objects

You may be familiar with Project Blue Book, the United States Air Force project designated to investigate any UFO claims. What you may not know is the name of the man who ran Project Blue Book, but you’re about to. Edward J. Ruppelt, credited for coining the term “UFO” has written a book that is, in essence, the full report he would have written on his work during Project Blue Book, if he’d ever been asked to officially write it while running the program. Certainly government officials were too wary of such information being made public to ask for such a report, but it’s here now, for all to read. 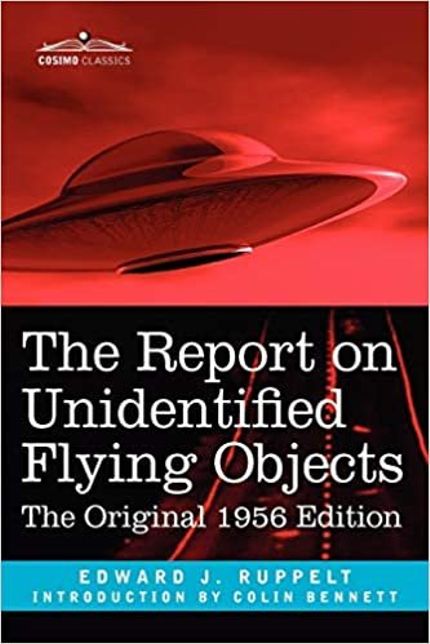 By Bryant and Helen Reeve

First published in 1957, Flying Saucer Pilgrimage puts to use the knowledge Bryant Reeve gained from being an American Engineer, and a graduate of Yale and the Massachusetts Institute of Technology. Together with his wife Helen they spent two years, and traveled over 23,000 miles talking to experts around the country, and making note of first hands claims of UFO sightings, to attempt to prove or debunk what was thought to be true at that time about UFOs. 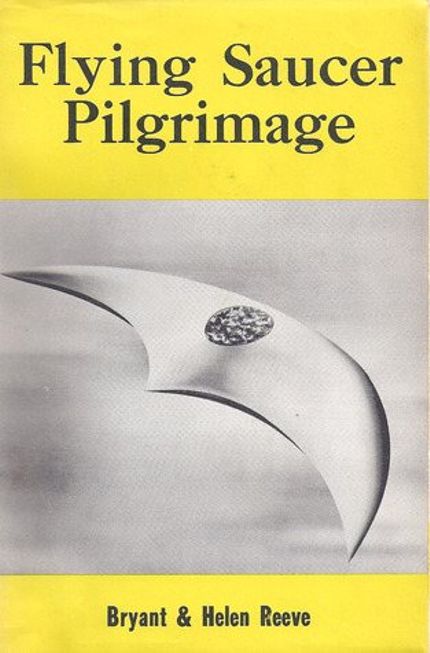 Astronomer, professor, and UFO expert J Allen Hynek has served as a scientific advisor for the U.S. Air Force for the majority of his career. Studying and compiling UFO data for Project Sign, Project Grudge, and Project Blue Book has given him more factual knowledge about UFOs than a whole building full of people could ever hope to obtain. Lucky for anyone interested in taking a peek at said knowledge, the bulk of it is collected in this book. 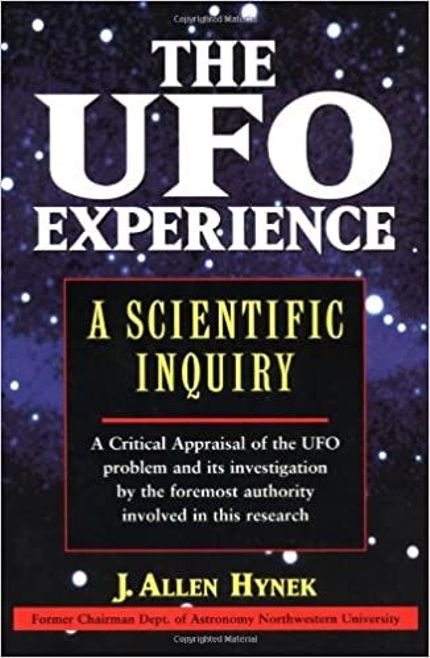 Out of the Shadows

By David Clarke and Andy Roberts

Authors David Clarke and Andy Roberts focus on cover ups and misdirections pertaining to UFOs in their fascinating book, Out of the Shadows. Interesting for both skeptics, as well as believers, the authors comb through secret files and previously unknown research to present a rational account of what’s what. 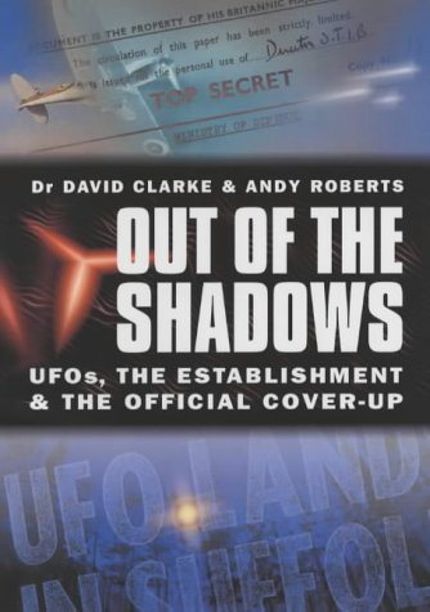 Arguably the most widely read first-hand account of an encounter with life from another planet, Whitley Strieber’s Communion is a truly shocking book. Published in 1987, and still referenced and discussed to this day, it details the author’s harrowing experience coming face to face with alien life, and his supposed abduction, while spending Christmas with his family in a cabin in upstate New York. To get ahead of skeptics attempting to debunk the chain of events written about within this best selling book Strieber took, and passed, a lie detector test, and also got a statement from a psychiatrist attesting to his sanity. 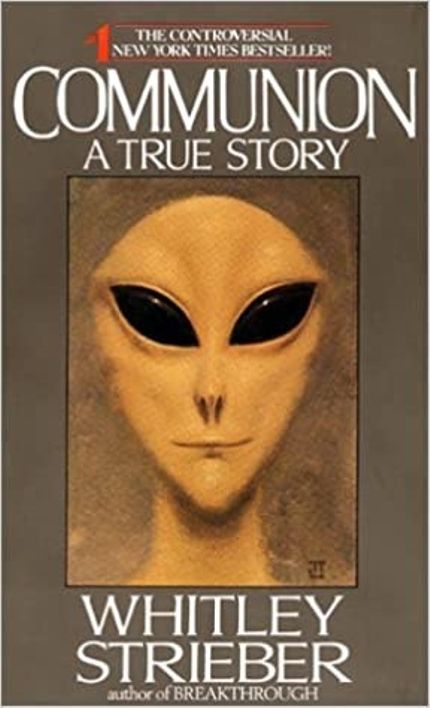 Journalist Jim Marrs researched and compiled a vast amount of data on alien life forms for his well-written, and well-received book, Alien Agenda. What he proposes, and attempts to rationally prove in the book is that aliens have been visiting earth for many years, and walk amongst us, unseen, to this day. 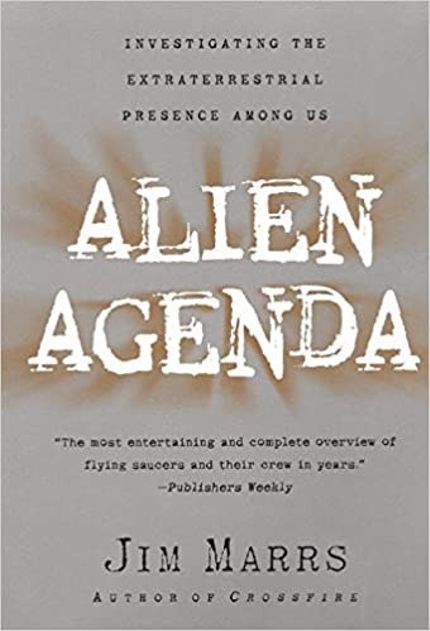 UFO researcher Len Kasten presents a terrifying thesis in Alien World Order. Going over years and years of reports, data, and first hand accounts, he proposes that aliens have one goal, and one goal only, to study our world, and take it over for themselves. 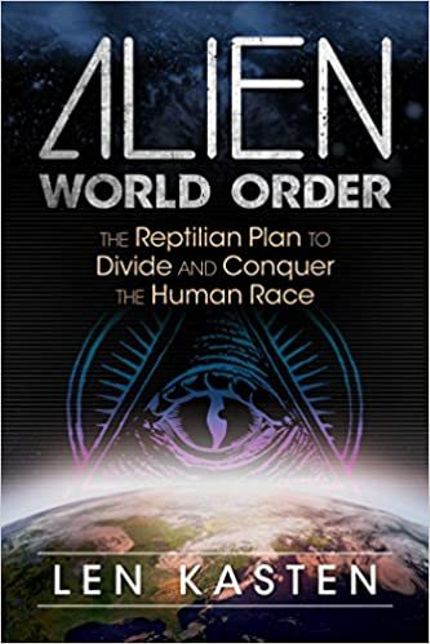