Thrill of the Kill: The Not-So-Perfect Crime of Leopold and Loeb

These wealthy college students took to murdering a 14-year-old boy to prove their superiority – but sloppy mistakes soon exposed the clever pair as common killers.

In 1920s Chicago, two brilliant and twisted young men were convinced they could get away with murder. Leopold and Loeb's names would soon become infamous for their twisted deeds.

Richard Loeb, 18, came from an affluent family – his father was the VP of Sears. The young man was handsome and personable, skipping several grades to become the youngest graduate from the University of Michigan.

Soon, however, Loeb’s dark side emerged. He took to heavy drinking and gambling, and withdrew from family obligations. The only items that seemed to interest him were detective novels and crime stories.

Nineteen-year-old Nathan Leopold also came from a wealthy household, with an intellect that surpassed that of Loeb’s. He spoke his first words at 4 months, had an IQ of 210, and was a nationally recognized ornithologist by the time he completed his degree at the University of Chicago.

In his spare time, Leopold obsessively read through Nietzsche’s theory of the Übermensch, transcendent “ultramen” whose advanced minds and extraordinary capabilities allowed them to live above the law. 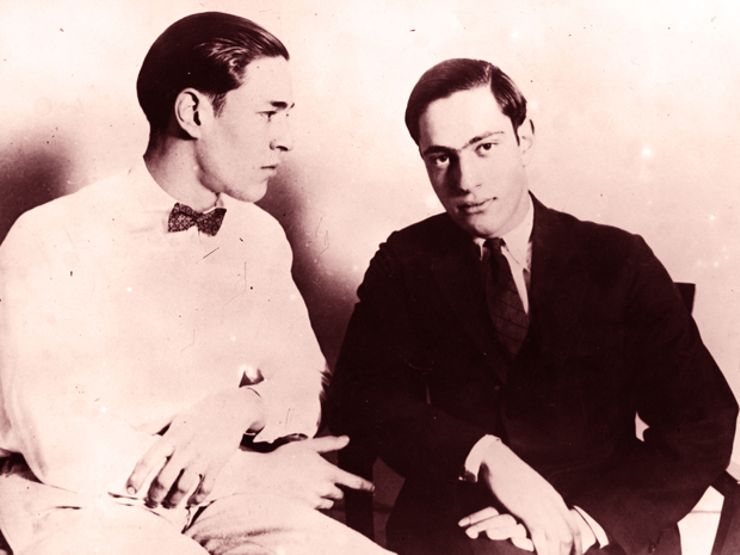 The young student was convinced he possessed such qualities. When he reconnected with charismatic childhood friend Richard Loeb on the campus of the University of Chicago, it was clear he found his deadly double.

Armed with delusions of grandeur, Leopold and Loeb embarked on a campaign of petty crime: arson, theft, and fraternity house break-ins. It wasn’t long before they grew bored of such misdeeds – especially since their attempts at notoriety failed to make it into the papers.

It was then that Loeb revealed his plan for the perfectly executed murder, one that would prove the pair’s intellectual superiority. Together, they would kidnap and kill a child from a wealthy household, squeezing the family for ransom through a series of complicated instructions. The money would eventually be thrown from a moving train, leaving little room for an ambush by police.

Leopold and Loeb planned their thrill kill through the winter and spring of 1924. They purchased the murder weapon (a chisel) and used a typewriter stolen from one of the fraternity houses to type out their ransom instructions. 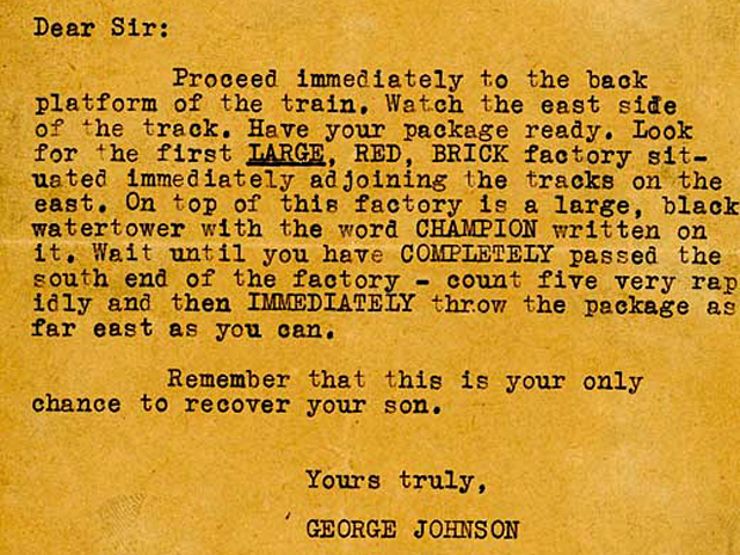 As for their victim? After stalking the grounds of Chicago’s Harvard School for Boys, Leopold and Loeb found their target in 14-year-old Bobby Franks. Bobby was the son of a wealthy watch manufacturer – and Loeb’s own cousin.

On May 21, 1924, Leopold and Loeb were in a rental car when they came upon Bobby as he rode his bike home from school. The pair slowed and offered the boy a ride. Bobby declined at first, but after some convincing, climbed into the front seat.

Loeb, sitting in the back, struck Franks in the head several times with a chisel. He then dragged Bobby to the back seat where he shoved a rag in his mouth, suffocating the boy.

The freshly minted killers drove 20 miles to Hammond, Indiana, where they waited until nightfall to dispose of the body. First, they poured hydrochloric acid onto Bobby’s face, his genitals, and a distinct abdominal scar. They then dumped the corpse in a culvert. 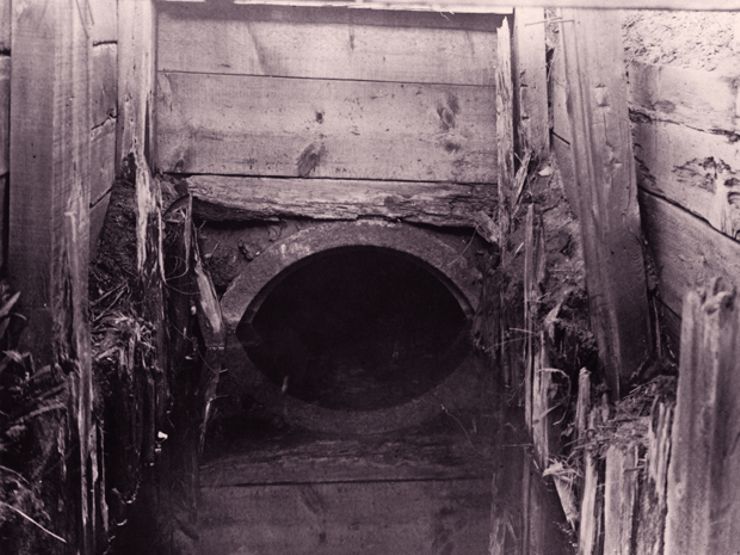 News of the disappearance spread quickly. Upon returning to Chicago, Leopold called the boy’s mother as “George Johnson.” He told her that Bobby Franks had been kidnapped and a detailed ransom note would follow.

After the phone call, Leopold and Loeb burned their bloody clothing and scrubbed the blood from their rental car. Leopold’s chauffeur saw them hosing down the car in the driveway and offered to help, but Leopold declined. “It’s just red wine,” he told the driver.

To Leopold and Loeb, the murder was going exactly as they had planned it – little did they know that Bobby’s body had had already been found.

The next day, Leopold called the Franks household and told Bobby’s father, Jacob Franks, to get into a yellow cab and await further instructions. But Mr. Franks had just received a phone call from the police, informing him of his son’s death. A worker in Hammond had spotted the boy’s foot sticking out of the culvert. 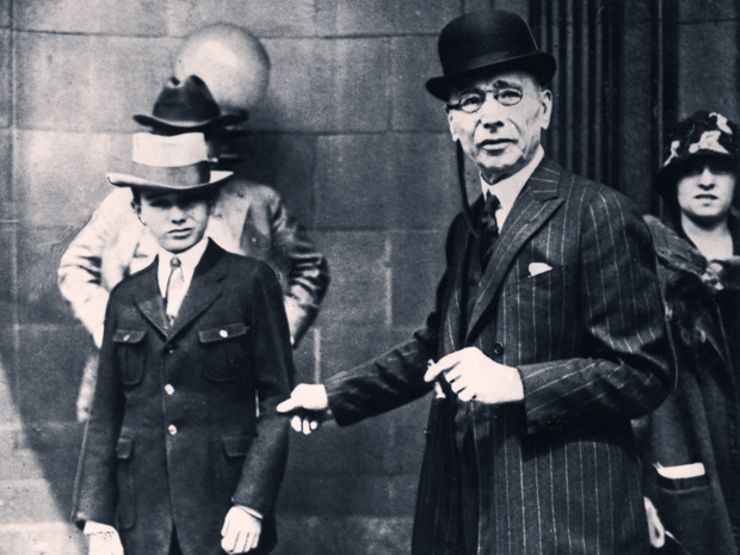 Jacob refused the ride. Leopold and Loeb knew something was up.

The duo destroyed any evidence they thought might link them to crime – the stolen typewriter, the chisel, a bloodied robe. Back at the crime scene, authorities uncovered a distinct pair of eyeglasses near the body.

They traced the eyeglasses to an optical shop that had sold the set to just three people – one being Nathan Leopold. Police questioned the young man, who fessed up to owning the glasses and claimed he may have dropped them during a bird-watching trip.

Unsurprisingly, the cops were suspicious. 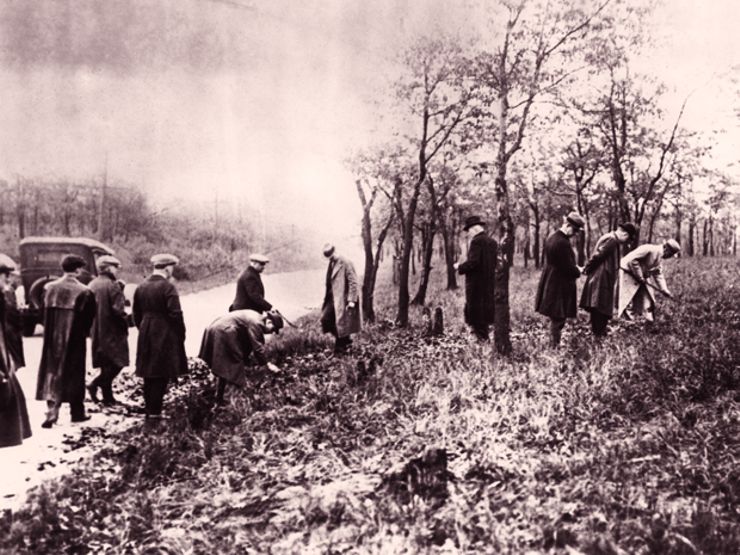 Authorities search for clues after the discovery of Bobby Franks’ body

On May 29, Leopold and Loeb were hauled in for questioning. They maintained on the night of the murder they were driving Leopold’s personal car and partying with two women. But the family chauffeur had another story to tell: Leopold’s car was locked in the garage all evening.

It didn’t take long for Leopold and Loeb to crack under questioning. Within ten days the Bobby’s death, the self-proclaimed supermen confessed to being common killers, both attempting to pin the actual murder on the other.

The subsequent trial was a media circus, dubbed “the crime of the century” by the papers. The public was simultaneously fascinated and repulsed by the pair of young, well-educated men who viewed the killing of a child as an intellectual exercise. During the trial, Leopold reportedly referred to the slaying as an experiment. “It is just as easy to justify such a death,” he told his lawyer, “as it is to justify an entomologist killing a beetle on a pin.” 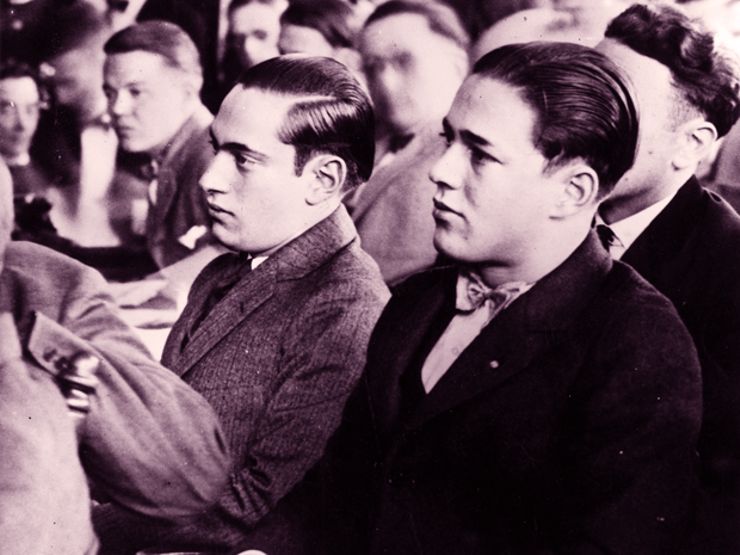 Leopold and Loeb at their trial

Their lawyer, incidentally, was the high profile criminal attorney, Clarence Darrow. He was staunchly opposed to the death penalty, and knew the Leopold and Loeb case would be a serious legal battle – the public was ready to put them both to death.

Darrow stunned everyone by having Leopold and Loeb plead guilty. Doing so prevented a trial by jury, which Darrow knew would result in the death penalty. Instead, he argued his case in a 12-hour speech about the inhumanity of capital punishment, advising the court to “overcome hate with love.”

The plea reportedly brought the judge to tears. When it came time for his decision, the justice sentenced Leopold and Loeb to life in prison plus 99 years.

The “crime of the century” inspired multiple productions for the stage and screen, including the 1959 film, Compulsion, and the 1929 play, Rope. Alfred Hitchcock later adapted the play into a taut thriller starring James Stewart. 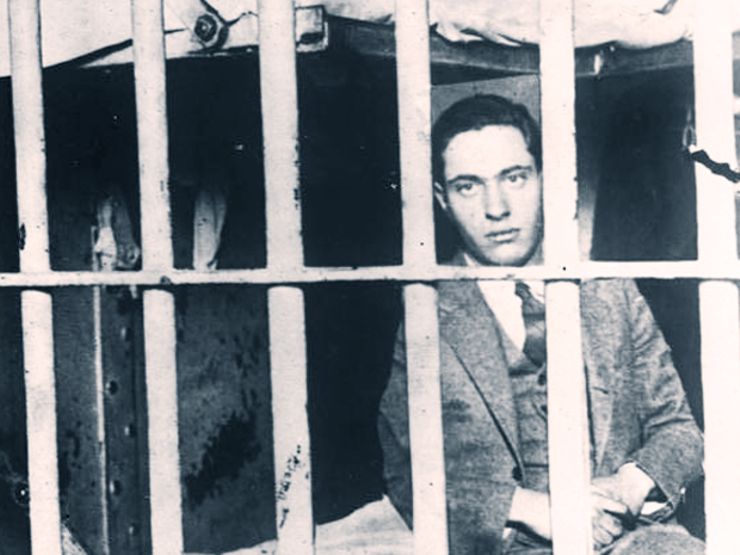 As for the convicted criminals, Loeb was killed by an inmate in 1936. Leopold mourned his death but had an active prison life, mastering multiple languages, teaching, even volunteering for a malaria study. He was released from prison in 1958 and lived a quiet, scholarly life in Puerto Rico until the age of 66.