This Debut Novel Will Leave You Paralyzed with Terror

A r/nosleep master publishes his first novel in The Patient, a horrifying tale set in a Connecticut mental hospital.

Any fan of horror has spent at least an evening keeping themselves awake well past nightfall with the help of r/nosleep. The subreddit, known for its chilling tales and skin-crawling posts, has now produced an exciting new voice in horror fiction. In The Patient, Jasper DeWitt conjures a terrifying tale of a patient named Joe. Joe has lived inside a Connecticut mental hospital for decades—kept in isolation by the hospital staff due to his extraordinary abilities.

When a hotshot young doctor arrives, he makes it his mission to “save” Joe. Joe, now forty years old, first entered the hospital when he was just a young boy… and has shown a disconcerting ability to decode the deepest fears of others and turn these fears against them.

Written as a series of internet message board posts, this engaging narrative draws in the reader to reveal its unsettling secrets, marrying the sanity-breaking tale of The Shining with a propulsive mystery. DeWitt's disturbing novel will force readers to confront their own worst fears and wonder if they could survive an encounter with the terrifying Joe…

The Patient is one of two books included in the August/September Creepy Crate. Subscribe now for your chance to receive a copy!

Read on for an excerpt of The Patient. 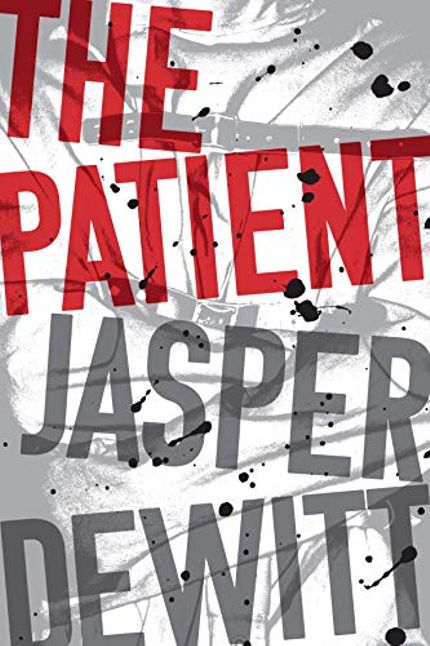 [E]very hospital, even one with patients like these, has at least one inmate who’s weird even for the mental ward. I’m talking about the kind of person whom even the doctors have given up on and whom everyone gives a wide berth, no matter how experienced they are. This type of patient is obviously insane, but nobody knows how they got that way. What you do know, however, is that it’ll drive you insane trying to figure it out.

Related: June and Jennifer Gibbons: The Strange Case of the Silent Twins

Ours was particularly bizarre. To begin with, he’d been brought into the hospital as a small child and had somehow managed to remain committed for over twenty years, despite the fact that no one had ever succeeded in diagnosing him. He had a name, but I was told that no one in the hospital remembered it, because his case was considered so intractable that no one bothered to read his file anymore. When people had to talk about him, they called him “Joe.”

Craving horror? Sign up for The Lineup's newsletter, and get terrifying book recommendations delivered straight to your inbox.

I say talked about him because no one talked to him. Joe never came out of his room, never joined group therapy, never had one-on-ones with any psychiatric or therapeutic staff, and pretty much everyone was encouraged to just stay away from him, period. Apparently, any kind of human contact, even with trained professionals, made his condition worse. The only people who saw him regularly were the orderlies who had to change his sheets or drop off and retrieve his meal trays and the nurse who made sure he took his medications. These visits were usually eerily silent and always ended with the staff involved looking like they’d drink the entire stock of a liquor store given the chance. I later learned that Graham, the orderly I’d seen strapped down when I arrived for my interview, had just come from Joe’s room that day. As a brand-new staff psychiatrist, I had access to Joe’s medical chart and prescriptions, but I saw little information.

It was remarkably thin, seemed to cover only the last year’s worth of data, and appeared to be a steady report on the dispensation of mild antidepressants and sedatives. Weirdest of all, his full name was omitted on the charts I was permitted to see, with only the terse sobriquet “Joe” left to identify him.

Being a young, ambitious doctor with a lot in the way of grades and little in the way of modesty, I was fascinated by this mystery patient, and as soon as I heard about him, I made up my mind that I would be the one to cure him. At first I mentioned this only as a sort of passing, half-hearted joke, and those who heard me duly laughed it off as cute, youthful enthusiasm.

However, there was one nurse to whom I confided my wish seriously, the same nurse I’d seen caring for Graham, the orderly. Out of respect for her and for her family, I’ll call her Nessie, and it’s with her that this story really begins.

I should say a few things about Nessie and why I told her in particular my designs. Nessie had been at the hospital since she’d first emigrated from Ireland as a newly minted nurse in the 1970s. Technically, she was the nursing director and worked only days, but she always seemed to be on hand, so you’d think she lived at the place.

Nessie was an immense source of comfort to me and the other doctors and therapists, because she ran a tight ship that extended not only to the nurses but to the orderlies and custodial staff as well. Nessie seemed to know how to solve practically any problem that might arise. If a raging patient needed calming down, Nessie would be there, her fading black hair done up in a no-nonsense bun and her sharp green eyes flashing from her pinched face. If a patient was reluctant to take his medicine, Nessie would be right there to coax him into it. If a member of staff was absent for an unexplained reason, Nessie seemed to always be there to cover for him. If the entire place had burned down, I’m pretty sure Nessie would’ve been the one to tell the architect how to put it back just the way it had been.

In other words, if you wanted to know how things worked, or wanted advice of any kind, you talked to Nessie. This alone would’ve been reason enough for me to approach her with my rather naive ambition, but there was one other reason in addition to everything I have said, which is that Nessie was the nurse who’d been tasked with administering medication to Joe and was thus one of the few people who interacted with him on any sort of regular basis.

I remember the conversation distinctly. Nessie was sitting in the hospital cafeteria, holding a paper cup full of coffee in her surprisingly firm hands. I could tell she was in a good mood because her hair was down, and Nessie seemed to adhere to the rule that the more tightly wound she was, the more tightly her hair should be done up. For her to leave it undone meant that she was as relaxed as I’d ever see her.

I filled a cup of coffee for myself, then sat down opposite her. When she noticed me, her face opened into a rare unguarded smile, and she inclined her head in greeting.

“Hullo, Parker. And how’s our child prodigy?” she asked, her voice still carrying a slight Irish lilt that made it that much more comforting. I smiled back.

“Oh dear,” she said with mock concern. “Should I get you a spot of the antidepressants, then?”

“Oh no, nothing like that,” I laughed. “No, when I say ‘suicidal,’ I mean I’m thinking of doing something that everyone else will probably think is very foolish.”

“And since it’s foolish, you come and speak to the oldest fool on the ward. I see how it is.”

“Obviously, lad. Don’t shite your britches,” she said with a calming gesture. “So what is this daredevil stunt you’re thinkin’ of?”

I leaned in conspiratorially, allowing myself a dramatic pause before answering. “I want to try therapy with Joe.” Nessie, who had also been leaning in to hear what I was saying, sat back so suddenly and frantically you’d think she’d been stung. There was a splash as her coffee cup collided with the floor. She crossed herself, as if by reflex.

“Yes, you bloody well are joking, and that’s all you should ever be.” Her green eyes were livid now, but I could sense, looking at her, that she wasn’t angry at me. She looked like a bear who’d just pulled her cub out of danger. Gently, I put a hand on her arm.

Craving horror? Sign up for The Lineup's newsletter, and get terrifying book recommendations delivered straight to your inbox.

Her eyes softened, but it didn’t make her expression any better. Now she only looked haggard. She placed her hand on mine. “It’s not your fault, lad,” she said, her accent loosening as the fright faded from her features. “But you don’t have any bloody idea what you’re talking about, and it’s best you never find out.”

“Why?” I asked softly. “What’s wrong with him?” Then, knowing she might not answer, I added, “Nessie, you know I’m too smart for my own good. I don’t like puzzles I can’t solve.”

“That’s not my fault,” she said coldly, her eyes hardening again. “But fine, if it’ll stop you, I’ll tell you why. Because every time I have to bring medicine into . . . his room, I start to wonder if it wouldn’t be worth locking meself up in this ’ospital just to avoid ever ’aving to do it again. I barely sleep from the nightmares I get sometimes. So take my word for it, Parker, if ye’re as smart a lad as ye think ye are, ye’ll stay away from him. Otherwise, ye might end up in here with him. And none of us wants to see tha’.”

Want to keep reading? Sign up for Creepy Crate for your chance to receive The Patient!