Bathed in the Blood of 650 Virgins: Elizabeth Bathory, The Blood Countess

Some women go to great lengths for beauty.

Gruesome executions. Unusual methods of torture. Malignant political figures using murder to get what they want. Welcome to the 16th Century!

Perhaps one of the most intriguing of these figures is Elizabeth Bathory, known as the Blood Countess. She is said to have sexually tortured, abused, and murdered 650 virgin girls in order to bathe in their blood and preserve her youth. Investigated for her alleged crimes at the beginning of the 17th century, she was never convicted. Nonetheless, she was sentenced to live her life walled inside a room of her castle at Cahtice (now Solvakia), where she stayed for five years. Based on historical fact, Andrei Codrescu’s The Blood Countess is a fictionalized account of the woman who would stop at nothing to sate her lust and vanity. 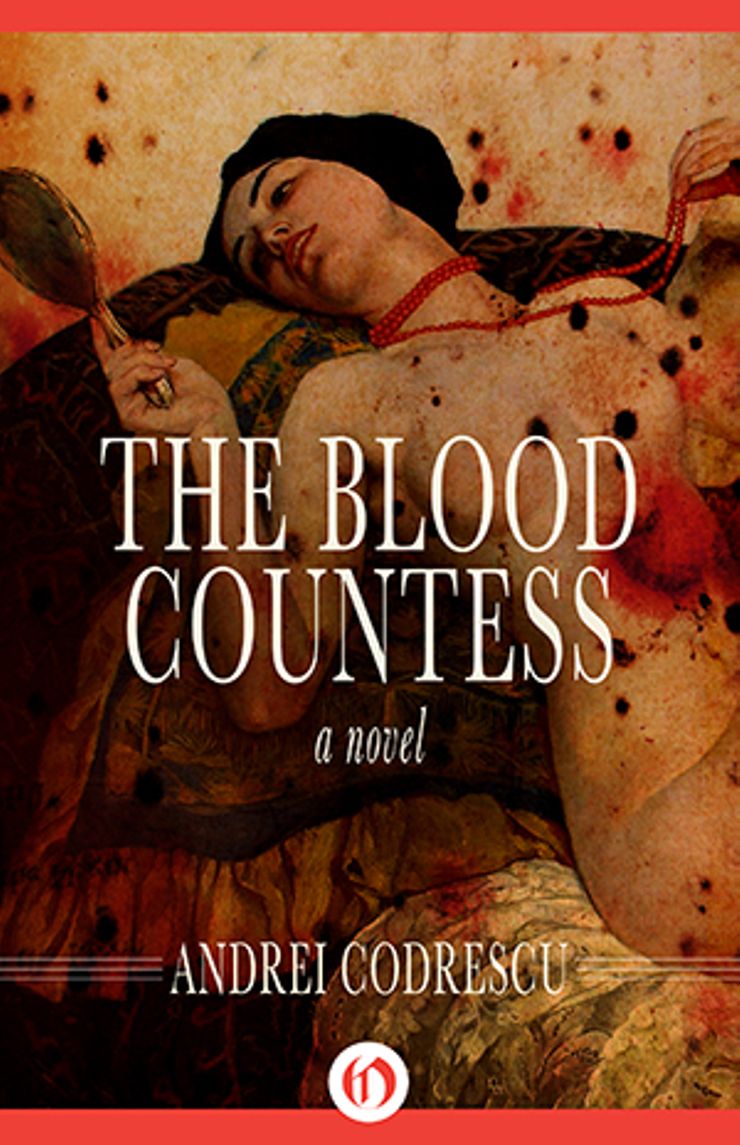 The countess lounged close to the flames on a Turkish divan, clad only in a black silk robe. In her hand she held the gold mouthpiece of a Turkish hookah, on which burned a ball of golden hashish.

She rose slightly from her pillows, which were quickly readjusted for her by two maids who stood behind their mistress. The maids’ faces were lit by the red tongues of the flames, which accentuated the circles under their eyes and their air of fatigue.

The countess motioned Ilona to come close. The girl had begun to tremble when she saw the famed Elizabeth Bathory. She could not take her eyes off the white hand with long black fingernails grasping the gold mouthpiece.

The curtsy she attempted was clumsy.

“Sing, my child,” Elizabeth ordered. She lay back on her pillows, allowing her robe to fall open. She stroked the inside of her white thigh with her free hand without taking her eyes off the girl. She then drew smoke from her hookah.

Ilona opened her mouth but no sound came out.

“Don’t be afraid,” the countess encouraged her. “Sing to me like the angel who sang before us tonight.”

Once more the girl tried to sing, but fear had paralyzed her vocal cords, and she made no sound. All she could see were the countess’s black fingernails moving slowly and hypnotically on the white flesh of her inner thigh.

The countess rose from the divan, her face no longer composed. Fury twisted her features. She stood before the girl and first slapped her across the face, then scratched her cheek with her nails. Blood streamed through the skin. She then tore the white shift from the girl’s body.

Her maids, who had quietly come to stand behind the singer, tore off the rest of the girl’s meager garments. She now stood naked before Elizabeth, her head bowed, her hair streaming over her thin shoulders, tears falling from her eyes. The pale opals of her nipples rose from her small breasts, wet with tears. Her thin hips were boyish but her pubis was pronounced, covered in luxuriant soft dark curls.

The countess pulled fiercely at her own robe until she too stood naked. Her full breasts, fleshy hips, and loose abdominal skin faced defiantly the insubstantial form before her.

Thrusting her hand under the girl’s chin, she brought her head up sharply.

The countess bit the girl’s nipples, first one, then the other, drawing blood. She caressed the length of Ilona’s neck, then pressed softly, looking for the pure notes that had moved everyone to tears. Where were those notes? She squeezed harder, expecting those angelic sounds to rise unbidden from the depths of the girl’s soul. But nothing came out, not even a cry of fear.

The girl had fainted. Elizabeth had been thwarted again by that nameless thing which had always taken from her what she truly wanted. She recognized it with familiar bitterness. Throwing the singer’s ermine over her own nakedness, Elizabeth dragged the unconscious girl outside, followed by her maids.

The snow had given way to a brilliant, star-studded sky. A quarter moon shed its feeble light over the courtyard. The temperature had fallen greatly. It was fiercely cold. Shivering, the women helped pull the singer to the top of the slight mound where Elizabeth’s mirrors lay buried. 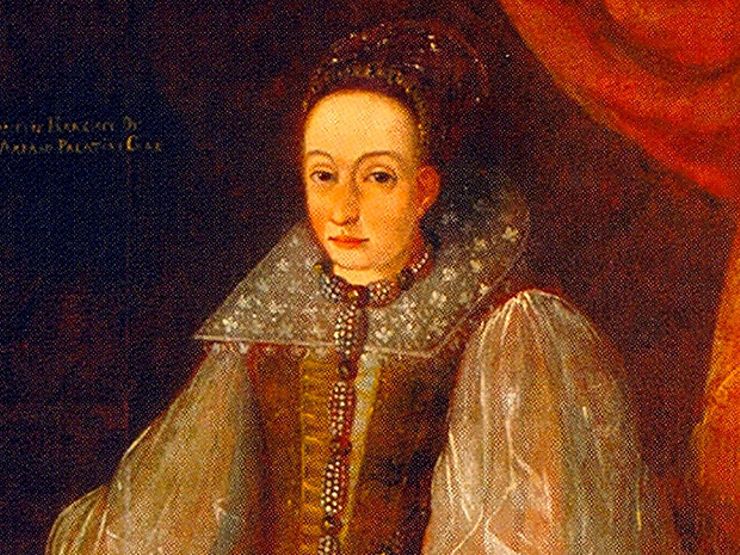 The countess held the still-unconscious girl close, feeling the heat leave her body and seep into her own. The harsh cold pierced by the faraway stars made a music of its own, a desolate, high-pitched sound that Elizabeth remembered from her own childhood. As a young girl she had stood often at a window of her castle listening to the cold wind slice the endless night of the Hungarian puszta. Despite the castle’s blazing fires, she had felt no warmth, though she could imagine in fine detail, as in a woodcut, the savage mating of stars in human form with she-wolves. She had heard their cries and had called on the stars to come to her. They had ignored her, perhaps because she had not been hot-blooded enough for the icy stars.

Elizabeth felt the girl’s meager heat now, but it was too late to enjoy it, and there was too little of it to augment the small flame of memory that had flared within her.

Her best maid, Darvulia, brought a pail of water from the house. The maids held Ilona upright while Elizabeth poured water over the pale form. The water iced quickly and the girl froze on the spot.

The women stood gazing for a moment at the living statue. A blade of ice, sharp as a sliver of Venetian glass, curved forward from between the girl’s legs. Above this blade her pubis glistened with crystals. Her navel had filled with crystals as well, a sparkling cluster of small jewels.

“Beauty,” said Elizabeth coldly, “how easily you cling to the docile!”

The wind picked up just then, but if anyone heard her words they gave no sign of it.

The ice formed evenly around Ilona’s girlish hips. Her waist became a smooth sheet of glass. Her breasts were encased by two bells of ice, the coppery nipples visible beneath the glass like clappers. Under her chin, the dripping water had constructed closely knit icicles that looked like a scraggly beard.

Only Ilona’s blue eyes remained innocently open under their transparent sheet. They looked through Elizabeth at something she could not see, but she resisted the temptation to turn around. That’s where her mirror had always been.

She shivered and headed back to the house.

Gratefully her women followed her in, out of the terrible cold.

From the window of her bedroom Elizabeth watched the ice statue standing over her broken mirrors. Her thoughts came to her in splintered shards, reflecting the hundreds of faces of people, mostly girls, whom she had known, loved, and been disappointed by. Like the moonlit ice outside, they had all begun bathed in angelic grace, only to shed it when she needed it most.