At the center of many horror tropes are urban legends, schoolyard jokes, and mean-spirited dares.

From 90s children’s book classics like Scary Stories to Tell in the Dark and the Goosebumps teen horror book series, meta-slasher hits like Scream and Urban Legend, the world of horror has increasingly doubled down on the sociological effects of horror in popular culture.

It could be that we can’t get enough of fear that hits incredibly close to home; it could have something to do with the innate relatability of something that could happen to us. We’re just lucky enough never to fall for the prank. Whatever the case, it becomes the stuff of nightmares and the best pranks become urban legends and later recurring tropes in film.

We looked at eight of the best tropes that got their start as pranks and simple fun.

The Curse of Analog Media

The more time and energy we invest in technology, especially social media, the more we find ourselves looking back at previous technologies, things like dial up and DVDs, LAN lines and VHS. As older technology has aged out, people have begun to look at the once-familiar as curious vessels for all kinds of mischief. Chief among them is the idea that somewhere, there’s a VHS tape or piece of analog media that contains a curse, something just waiting for someone to be dared or compelled to dig it from its archival resting place. This comes from schoolyard and online creepypasta chatter about the uncontrollable aspects of analog media. When everything is directed by the algorithm, analog media becomes the wild west. Some of the biggest examples of this comes to us by 2002’s The Ring and the horror anthology series, V/H/S. What happens if that old tape you found in your parents’ closet really is what your friends have joked about—a curse just waiting for fresh eyes to glimpse it? 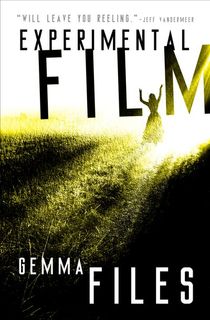 One’s Loss is Another Person’s Gain

College horror is a lot like college humor, one-note—and usually crude. Among some of the campus staples includes slasher-centric sprees and a variety of party-centric pranks involving pop rocks, a deadly cocktail—and even the possibility that you can drink too much water and die. It seems like fraternity hazing is constantly popping up in the news, and a horror trope that has built itself from the social pressures and worries of Greek life and college dorm doldrums is what we’ve seen utilized in films like the Curve and Dead Man on Campus. The idea being, if your roommate dies, and you survive, you end up lucky, getting straight As, or otherwise suddenly given a wondrous in on college success. Sounds too good to be true, much like all gossip and rumor on a college campus. However, it does originate from that compulsion of one-upping your would-be friends and allies. Who says college can’t be cruel?

Related: 7 College Horror Books That Will Leave You Dreading the Fall

This one’s going to be easily the most recognizable prank on this list. Whatever the intentions of the would-be caller, the prank has become a mainstay for people looking to be spooked when home alone. It goes something like this: There’s someone home alone, predictably a babysitter. There is sometimes a kid asleep upstairs but just as often the victim is alone. In the film When the Stranger Calls, it’s a babysitter watching television when she gets a call. It’s from the phone line upstairs, and it you better believe it’s someone looking to hurt her. The heinous prank is also one of the most popular urban legends, and continues to pop up in anthologies and, of course, has been chronicled in Scary Stories to Tell in the Dark. It comes from that innate fear of being home alone and the would-be sanctuary of a person’s private abode suddenly invaded by a menace of untold power. It’s timeless in its fearful draw.

Related: 13 Terrifying Home Invasion Movies That Will Creep You Out Tonight

Slender Man is a lot like boogeyman in that he exists to haunt equally the audience and the teller’s nightmares. The tale originated as a creepypasta online created by Something Awful forum user Eric Knudsen aimed to be a bit of a Pied Piper kind of character. He focuses on children and tries to lure them away. Slender Man is tall, with unusually long limbs, a mysterious face, and wears an all-black suit. He tends to be mischievous, almost always haunting someone when they are at their most vulnerable. The tale pranked so many people that many believed his existence to be real. The worst of it was undoubtedly when Anissa Weier and Morgan Geyser, two Wisconsin friends, believed that he was real, influencing their decision to murder a classmate to “win” the Slender Man’s favor. This goes above and beyond the prank, the concept of Slender Man influencing real-world terror. Thankfully their classmate, Payton Leutner survived despite suffering 19 individual stab wounds, the work of two teens possessed by the concept of the Slender Man.

Want more strange urban legends and hauntings in Wisconsin? In this books, you'll the haunted past of Green Bay, Wisconsin with Tim Freiss as he explores the tragic, the inexplicable—and the spooky. 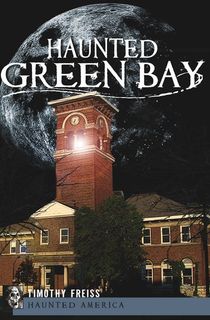 Everyone knows someone that’s afraid of clowns. They’re supposed to be cheery and good-natured but due to their boisterous nature, it perturbs so many people into failing to trust their “true” intentions. There’s a reason why Stephen King made Pennywise a clown; same goes for the iconic videogame character, Sweet Tooth, and any number of adventurous horror. It’s because clowns are so cunning that they become the stuff of common pranks and mischief. One of the most interesting examples is undoubtedly Wrinkles the Clown, a piece of performance art and playful, if perhaps borderline mortifying, designed by an still-anonymous artist living in Naples, Florida. Wrinkles the Clown is defined as a grumpy homeless man that dresses in a worn clown costume with a creepy mask and offers up his services to “scare” kids for cash. People found out about it via stickers and flyers littered around Naples, Florida and grew into a mysterious sensation that frightened so many children and went viral, particularly with the disturbing video of Wrinkles hiding under a kid’s bed, waiting for her to fall asleep before, sliding out to have a look.

Related: The Grin in the Dark: 8 Terrifying Books About Clowns

Bloody Mary, Bloody Mary, Bloody Mary… there’s always a bathroom with the lights off, a group of young children staring into a mirror. They chant her name five times so that she can break through the mirror and kill them. Why would anyone do this? For the dare, the temptation, and most of all to take part in a prank that they can then later boast of having both done it and survived. It’s an ageless legend that has been told via the same name-dropping trope in films like Candyman and Smiley. The name changes but the dare is the same. It’s so effective and raw in its mischievous appeal that it scares adults, even the desensitized. When push comes to shove, would you stand before the mirror, chanting a name?

Not for the Faint of Heart

At some point, horror crosses a line. The violence and the gore, they all build up into something that haunts our nightmares. That’s what we expect it to do. Even so, another aspect of horror is to test boundaries. How much gore? How violent do you get? One of the oldest myths involve yet again analog media. It could be a VHS tape or a film real, but it almost always, at the lowest and most profane, involve the concept of snuff: a video of someone dying on camera, all for the arousal of its viewers. Snuff films are often whispered about by teens and those looking to get a rise out of their friends. It outlasts other legends because it is not only a possibility but also something that anyone with the financial means could very well go through with it. It became the subject of the 1999 film, 8mm, starring Nicholas Cage, and has become a conceit for mock-snuff films like Guinea Pig, Faces of Death, and more. In it, we are given death itself, no veil. Viewing these atrocities become a sort of demonstration of fearlessness, youth dared to go through with it and prove you have enough guts to do it. Snuff is perhaps one of the meanest pranks because you can’t get those images out of your head once you see them. So what if Guinea Pig is fake? It looked real to you.

Related: The 10 Most Disturbing Horror Movies of All Time