Spirits in the Pews: The Haunted History of New Orleans’ St. Louis Cathedral

Numerous clergymen are buried beneath the old church, and visitors have heard ghostly chanting and singing on the grounds.

Many New Orleans locals would consider the St. Louis Cathedral to be the heart of the city. Breathtakingly beautiful—so much so that it’s often the backdrop for many lavish weddings—the cathedral is located next to Jackson Square in the French Quarter, facing the moody and gigantic Mississippi River. Construction on the present-day cathedral began in 1789, was completed in 1794, and expanded upon in 1850, making it the oldest of its kind in North America. And, as fans of the paranormal know, no structure that old is without a few ghosts

The original building to exist at this location, built in 1727, was a far cry from what sits there today. It was leveled in the Great New Orleans Fire on Good Friday in 1788. Construction on the new building began the following year, but once that was complete another tragedy struck. In 1909, a bomb was detonated in the cathedral—shattering windows and damaging the galleries. When Hurricane Katrina hit late in the summer of 2005, the beautiful old church took another blow. Two huge oak trees were uprooted by high winds, an ornamental gate was destroyed, and a marble statue of Jesus lost a thumb and a finger. 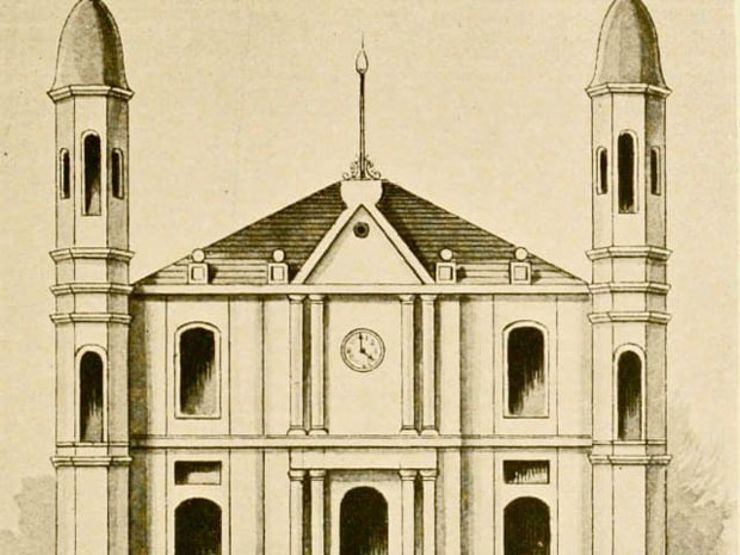 As one might expect, the cathedral is believed to be filled with paranormal activity. The remains of Archbishop Francis Bible Schulte were interred in the church’s crypt upon his death in 2016. He joined twelve other clergymen who are also buried beneath the church, as well as the unmarked graves of untold number of early settlers of New Orleans. Present-day visitors have reported sightings of apparitions, as well as ghostly chanting and singing on the grounds. The ghost of Madame Delphine Lalaurie, whose ghastly history of cruelty and torture will forever be tied to the city’s name, has reportedly been seen praying for her sins in a third row pew, and pacing back in forth in front of the confessional booths. The apparition of the voodoo queen Marie Laveau, buried nearby in St. Louis Cemetery No.1, has also been seen walking around the church, or praying on her knees from one of the pews. 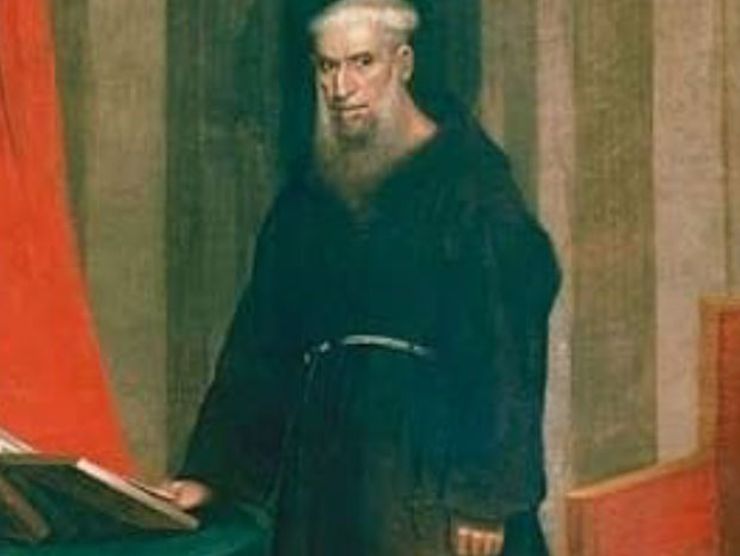 The ghost most frequently associated with St. Louis Cathedral is that of Pere Antoine, a Spanish Capuchin Friar who arrived in New Orleans in 1774 and served as Pastor there until his death in 1829. He’s widely thought to also be buried underneath the church, though his name is not listed on the cathedral’s list of burials. His ghost has been reported there more than any other, and is widely recognizable because his portrait is still displayed inside.

THIS STORY WAS FIRST PUBLISHED ON The Hauntist.
READ MORE:
13 Facts About Friday and the Number Thirteen
What’s So Special About New Orleans’ St. Louis Cemetery No. 1?
The Sad and Gruesome History of New Orleans’ Rampart Street Murder House

Want more haunted places? Sign up for The Lineup’s newsletter, and get the strangest tales delivered straight to your inbox.