The Murder and Dismemberment of Alan Canty

Michigan psychiatrist Alan Canty was one of the unlucky few who lost his head (literally) over his secret indulgences.

On a summer day in July 1985, police made a grisly discovery in Northern Michigan: a satchel, buried a mere couple of feet beneath the forest floor. A collection of garbage bags were inside, each one containing the severed limbs of a human body. The hands, feet, and head all belonged to Alan Canty—a local man who had disappeared the previous week. The rest of Canty's blood-encrusted remains would be found days later, scattered across the state.

To his family and friends, Alan Canty was a married, successful psychologist from the affluent Grosse Pointe neighborhood. Behind closed doors, he was something else entirely: the "Sugar Daddy" to teenage sex worker Dawn Spens. Over the course of their two year relationship, Canty showered her with gifts, shelling out thousands to support her and her pimp-boyfriend John Carl Fry—who was known as "Lucky."

But even a man as wealthy as Alan Canty could not maintain such a lifestyle. When he revealed that his money had run out, Spens and Fry's patience had run thin. Furious that Canty wanted to end the relationship, Fry attacked the psychologist with a baseball bat. The grisly mutilation that followed, all done with a serrated Ginsu knife, was also Fry's handiwork.

John Carl Fry received a life sentence for his crimes. Spens, who was just 19 at the time of the murder, escaped with dismemberment charges and probation. Today, she walks free.

In the true crime bestseller Masquerade, author Lowell Cauffiel delves deep into the case, one of Michigan's grisliest. Through a detailed, near play-by-play account of the time periods before, during, and after Canty's murder, Cauffiel reveals the deadly consequences of our darkest secrets...

Go inside the night of the crime by reading an excerpt from Masquerade and downloading the book. 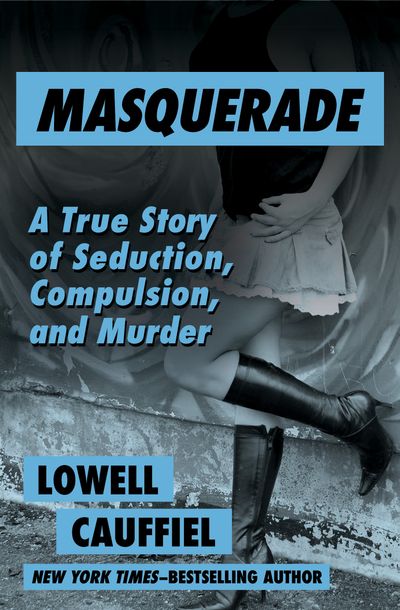 Sometime between seven and eight o’clock, John’s imposing figure appeared in the small hallway of the bungalow. He and Al could see each other through the open doorway of the bedroom. Al was sitting in a chair next to Dawn, next to the dresser where they kept their works, a few feet from the mattress where they slept, just across from the doorjamb where a baseball bat rested against the wall.

An open pack of cocaine sat on the dresser. When Dawn finished with the syringe, she handed the works to her boyfriend. Al remained seated as John repeated the routine for himself.

As the drug took effect, Dawn ran into the bathroom, leaving the two men behind. As she retched into the toilet, she heard voices building in the bedroom. First there were postured comments, then insults. As the argument increased in pitch, Dawn stood up and walked around the corner, facing the open bedroom door.

Al was eye to eye with John Fry, yelling, “It’s my money, I can give it or I can take it. I can do whatever I want to do. If you don’t like it, fuck you. I don’t have to justify anything I do to you.”

Al stomped toward the bedroom doorway. John was partially blocking his way. Al shoved him with a one-handed push to his shoulder. John gave only slight ground, but a stool behind him clipped him at the calf and he fell backward. When he came to his feet, his chest was blown up and his face was bright red. He was gripping the Louisville Slugger with both his hands.

There were at least three blows, maybe four. Two hit home just above the right ear, another across the forehead as Al’s tortoiseshell glasses flew across the room. The cracks of the bat sent 10 intersecting fracture lines across Alan Canty’s skull like the outstretched fingers of a lightning bolt.

Dawn Spens ran from the house after the first blow, hearing the smacks of the others behind her as she reached the front porch. Any of the three could have been fatal.

The psychologist collapsed onto the floor. Blood spread across the surface of his brain and rushed into the vessels behind his eyes. He was convulsing, twitching, senseless. But he would take a few minutes to die.

Fry stood over the body, his hand still gripping the bat.

“Get up, motherfucker!” he thundered. “Get up!”

When Dawn returned inside, she kneeled over the body with Al’s stethoscope, placing the sensor on his back. She heard the thumping of her own heart.

Fry ordered her to leave the house.

“What am I supposed to do?”

She went up to Vernor Highway and turned two tricks at thirty dollars each, performing the sex acts in the tricks’ cars.

John sat on the stool next to the body and smoked a cigarette, eyeing the body as he puffed. He decided to wrap Al’s head in a blanket and drag him into the bathroom. He lifted the psychologist into the bathtub, propping his feet higher than his head. Then he slit his throat.

“I cut his throat to try and get some of the blood out of him,” he later said. “I don’t know why. It just seemed like a good idea at the time.”

After John covered the body with the blanket he heard footsteps on the porch. At first he thought it was Dawn returning.

Outside, furniture merchant Robert Saleh rapped sharply on the screen door. He’d returned to the bungalow as promised, armed with a baseball bat and expecting another twenty dollars. When no one responded, Saleh pushed open the door and stepped a foot or two inside, clutching the bat in his hand.

As he scanned the living room his eye caught a cigarette resting in an ashtray. A stream of smoke wavered upward from its tip. He heard only a few birds chirping outside at the coming dusk. Something told Saleh to call it a night.

John could feel his own blood surging through his chest as he waited in the bathroom for the visitor to leave. Then he took the car keys to the black Buick, locked the house behind him, and went looking for Dawn. He found her sitting on a stool at a Coney Island on Vernor. They visited the dope house and bought cocaine, and also some heroin. By the time they returned to the house on Casper, John had come up with a plan.

“He’s dead,” he later recalled. “I would never have done it if he was alive. But I’m thinking, the guy has got to go. There’s no doubt about that. He can’t stay here. But there’s an apartment house behind us. There’s houses on the side. And there’s people movin’ in that neighborhood 24 hours a day.”

Fry loaded up a syringe with a speedball. The coke provided the energy, the heroin the numb. He reached into the kitchen drawer and grabbed a knife, the long one with the serrated edge and the Ginsu trademark on the black handle.

In the bathroom he pulled off Al’s boots, then the socks. He struggled with the green pants and the new sport shirt, finally tossing them in a growing pile on the bathroom floor.

Related: The Story of the Alday Murders is a Horror Film Come to Life

Then John took off his own shoes, pulled his T-shirt from his muscular torso, and slipped off his jeans. He didn’t want his own clothes stained with blood.
John stepped into the bathtub stark naked, placing one knee on each side of Al’s body. His own skin met the corpse’s flesh as he went about the task. Perspiration sparkled on his bald head beneath the harsh bathroom light and bright Formica walls.

Exactly where Dawn Spens was, what she did, and what she saw that night would be left to the courts and her own conscience. She later said she was away turning tricks. John later maintained she was sitting on the toilet seat, assisting him with the packaging during the grisly task.

It was about ten-thirty when he began …