Haunting this grand cemetery in Buenos Aires are reports of a spectral watchman and the ghastly legend of a poor soul being buried alive.

The city of Buenos Aires pulsates with life. Visitors travel far and wide to stroll beside the brightly colored houses of La Boca, admire the lush flora of the Jardín Japonés, or partake in the city’s vibrant nightlife. Yet even the grandest music must fade. And for those souls who pass on, some end up in the stately mausoleums of La Recoleta Cemetery.

The Recollect Fathers of the Franciscan Order established the neighborhood of Recoleta in the 18th century. As one of the highest points in the city, the area soon attracted Buenos Aires’ wealthiest families—especially during the city’s yellow fever and cholera outbreaks. 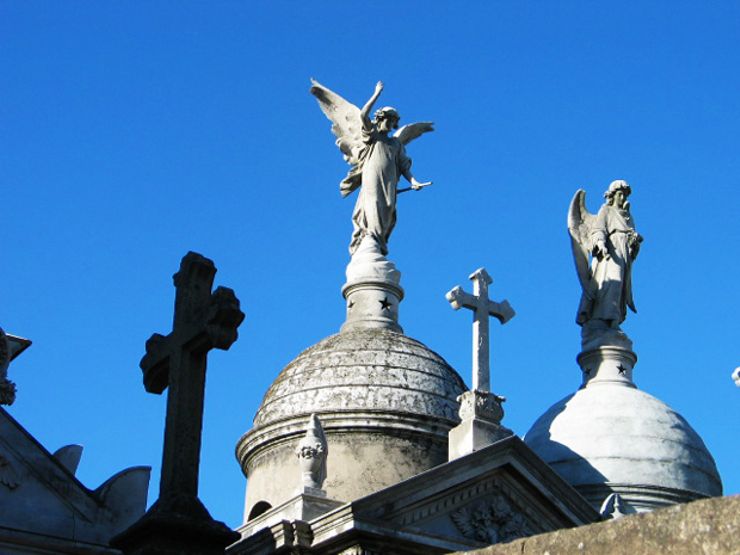 While the poor settled in the lower portions of Buenos Aires to the south and southwest, the upper class came to rest in Recoleta, favoring the high terrain. Here they built their dazzling mansions, impressive schools, and, in 1822, the ornate La Recoleta Cemetery.

Related: PEACE CHURCH CEMETERY AND THE GHOST OF BILLY COOK 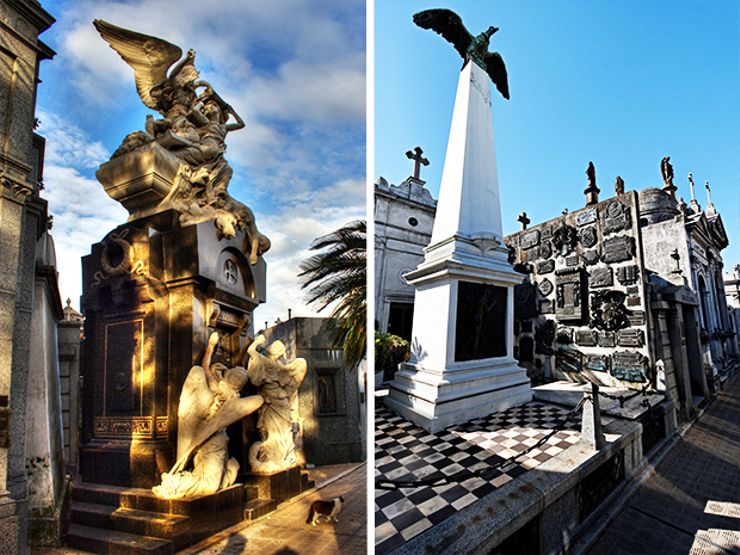 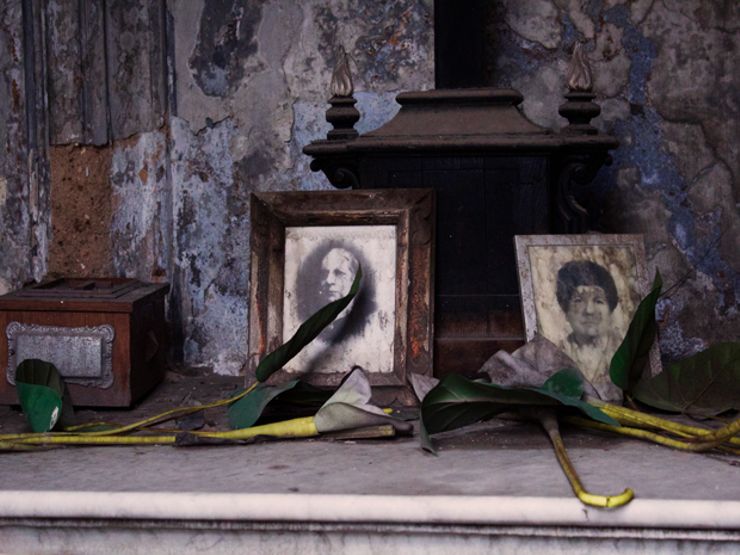 Despite its splendor, La Recoleta possesses a dark side—and more than a few ghostly legends.

One such tale is the haunting death of Rufina Cambacérès. Born into an illustrious household, young Rufina lived the life of a socialite in late 1800s Buenos Aires. One day in 1902, the 19-year-old suddenly collapsed. Doctors who examined Rufina found no signs of life. They presumed she suffered a heart attack and declared the young woman dead. Soon thereafter Rufina was placed inside a coffin and entombed in her mausoleum in La Recoleta.

Related: 10 CREEPY AND BEAUTIFUL CEMETERIES TO VISIT ONCE IN YOUR LIFE

A few nights after the entombment, workers made their nightly round through the cemetery. Peering into the Cambacérès crypt, they noticed Rufina’s coffin was disturbed. Upon entering and cracking open the coffin lid, they found Rufina’s bruised and bloodied body, her face raked with scratch marks. The inside of the coffin also bore scratch marks. 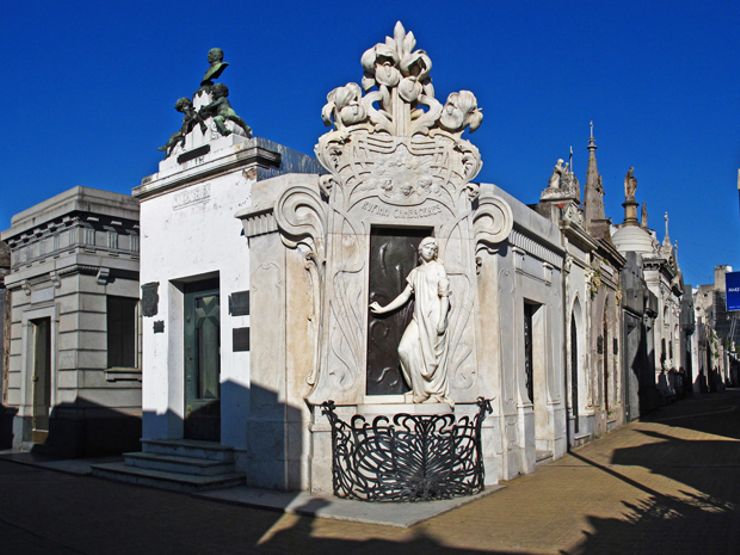 Ms. Cambacérès, they realized, had been buried alive; she must have slipped into a coma at home and upon waking, struggled madly to escape.

To be sure, very little evidence exists to support this ghastly tale. Nevertheless, a young Rufina Cambacérès did pass on at the age of 19 and was afterward interred in La Recoleta. Her stunning tomb still stands in the cemetery, replete with a stone statue of the young woman leaning eerily upon its door.

Related: 9 STRANGE GRAVES FROM AROUND THE WORLD

Another local legend revolves around gravedigger David Alleno, who worked the labyrinth of La Recoleta Cemetery for most of his life. Living among the dead day in and day out influenced Alleno’s view of everlasting slumber; he put all of his pay toward his own burial plot in La Recoleta and hired an Italian architect to sculpt a statue of him. 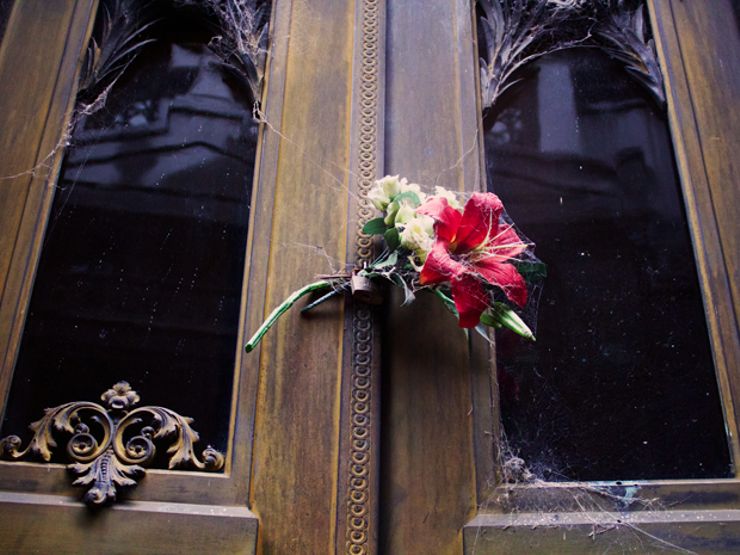 Upon completion, Alleno saw little point in delaying the inevitable. He returned home and promptly took his own life, his body then placed into his commissioned tomb. Much like Rufina’s tale, Alleno’s death smacks of urban legend. Yet many claim Alleno’s restless spirit still wanders La Recoleta—visitors have heard the jingle of his keys echoing down the cold stone alleys he once walked.

Related: 9 LOST AND FORGOTTEN GRAVEYARDS FROM AROUND THE WORLD

Beauty meets tragedy in La Recoleta Cemetery, and while the daylight makes for an enjoyable tourist destination, what happens at night, beneath the stone statues, is a much darker story. 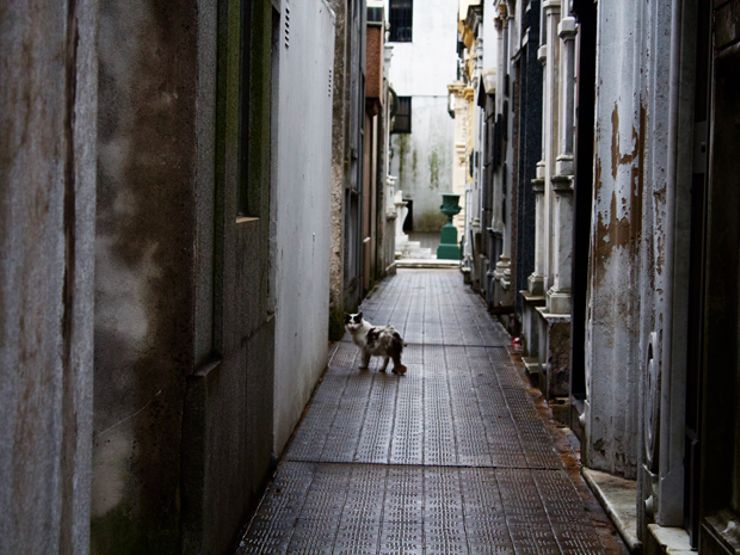