Her body remained in an eerily perfect state, without the slightest hint of decay.

Born on June 6, 1891 to George Buccola and Filomena Spitalera, Julia immigrated to the United States with her mother in 1913 after George passed away. Upon arrival, mother and daughter traveled to the Chicago area, where they joined the three Buccola children already living in United States: Henry, Joseph, and Rosalia.

In June of 1920, Julia married Matthew Petta at Holy Rosary Church in Cook County, Illinois. She was 29 years old. The stage was set for domestic bliss.

Julia became pregnant soon after the wedding. But just as quickly as her new life began, tragedy struck. On March 17, 1921, Julia died while giving birth to her son, Filippo. The child was a stillborn and Julia passed away during the delivery. 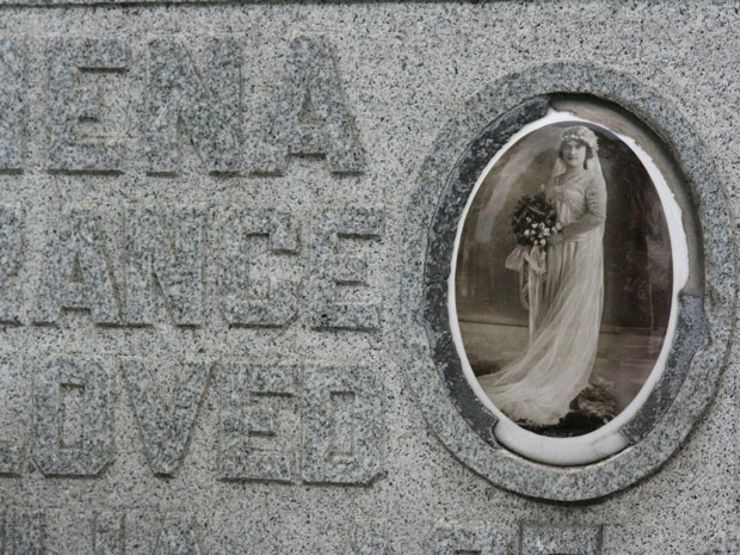 Julia was buried in her wedding dress along with her child in Chicago’s Mt. Carmel Cemetery. Her mother Filomena was inconsolable. Not long after the burial, Filomena claimed to experience recurring nightmares wherein Julia said she was still alive. The dreams continued for six years; all the while, Filomena begged for permission to have Julia exhumed.

Finally in 1927, six years after Julia’s body was interred in Mt. Carmel Cemetery, permission was granted.

Julia’s mud-caked casket was pulled from the earth and cracked opened. Onlookers were shocked. Though the baby’s body had long since decomposed, the body of Julia Petta lay in a perfect state without the slightest hint of decay. Some of those present claimed to have touched Julia’s skin. They found it to be soft, with her cheeks a rosy red. 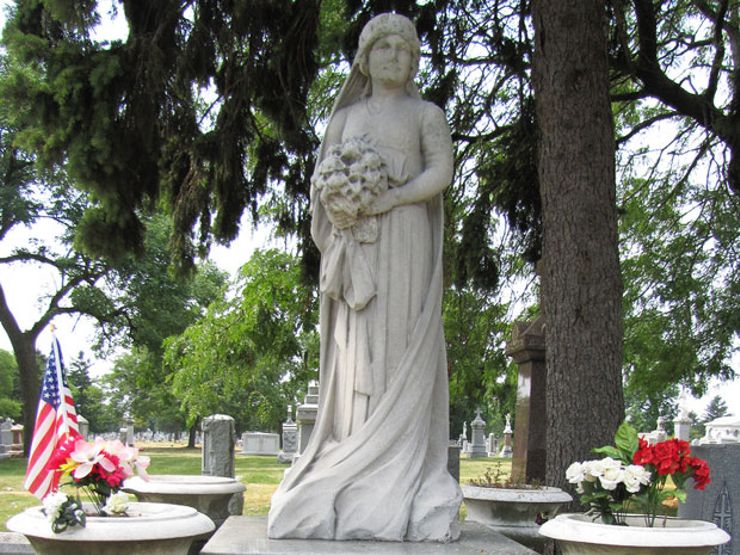 Filomena set out to raise money for a more elaborate tombstone. The finished work would be a grandiose tribute to her dead daughter—a life-size sculpture of Julia on her wedding day.

Before Julia was reinterred, a photograph was taken of her preserved corpse. That photo was affixed to the exterior of the new monument, above the Italian phrase “Presa Dopo 6 Anni Morta,” which roughly translates to “taken 6 years after death.” A photo of Julia in her bridal gown, presumably the inspiration for the statue, was also fastened to the stone.

Many devout Catholics in the Chicago area took Julia’s incorruptibility to mean she was a saint. Skeptics pushed back, claiming that the casket photo must have been taken prior to the original burial. A second explanation was attributed to adipocere, also known as corpse wax. It is defined as “a waxy substance consisting chiefly of fatty acids and calcium soaps that is formed during decomposition of dead body fat in moist or wet anaerobic conditions.” In other words, the shape and state of Julia’s body was preserved by a natural process.

Still, those theories did little to invalidate the belief that Julia’s unblemished body was proof of a miracle.

In the years since Julia’s second burial, rumors about Filomena began to surface. Contemporary accounts favor the idea that she fabricated the whole ordeal as a posthumous means of retaliation for a wedding she never sanctioned. Lending credence to this theory is the fact that Julia’s married name does not appear anywhere on her tombstone. Rather, Filomena’s own name is most prominent. Also curious is that virtually no newspaper coverage of the exhumation is known to exist. 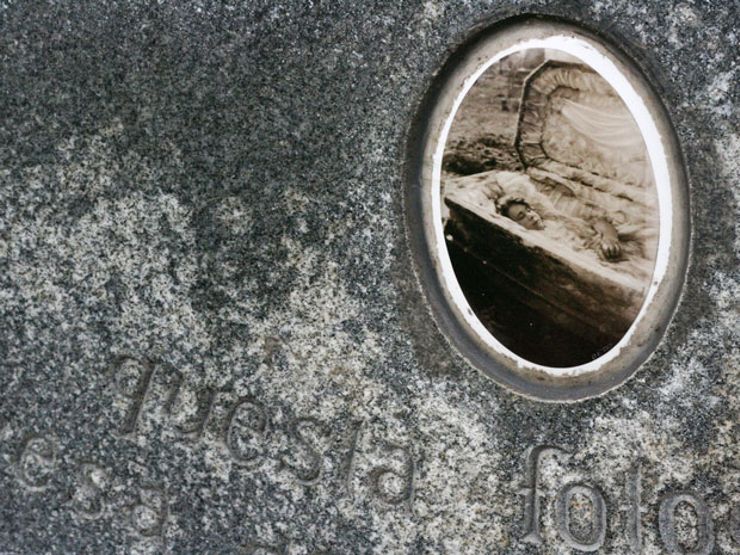 There is speculation that Filomena falsified her nightmares to garner sympathy from the community, and that financing a new grave had been the motive all along. However, the photo of Julia in her casket six years after death appears to be real, and naysayers have been unable to disprove its authenticity for nearly 100 years.

Naturally, the story of Julia Petta has resulted in reports of ghostly activity near her final resting place. Passersby have reported seeing the image of a woman in a flowing white gown walking through the cemetery near the entrance on Harrison Street, both in daylight and after dark. Another story tells of a young boy who was mistakenly left behind in the cemetery by his family. As they returned to Mt. Carmel to look for him, they found him holding the hand of a woman in a white dress. Once he ran towards his parents, the woman vanished.

The curious case of Julia Petta lives on in death. Her statue serves both as a heartfelt tribute to a woman who died in the prime of her life, and an eerie reminder of the ghostly legend that forever haunts the cemetery grounds.