“I Was Childhood Friends with a Cold-Blooded Killer”

Horror author Dale Bailey knew his friend Eddie was dangerous ... but he still wasn't prepared to discover the man was a murderer.

We were in the same grade, and he was a bright kid, so we shared many classes. And he lived in my grandmother’s rental property, right next door to her house, so when I visited on Sundays we were often thrown together. I remember when he moved out and we went in to clean the place up. It was like an animal’s den in there — moldering food crusted on the kitchen counters, human feces on the floor. 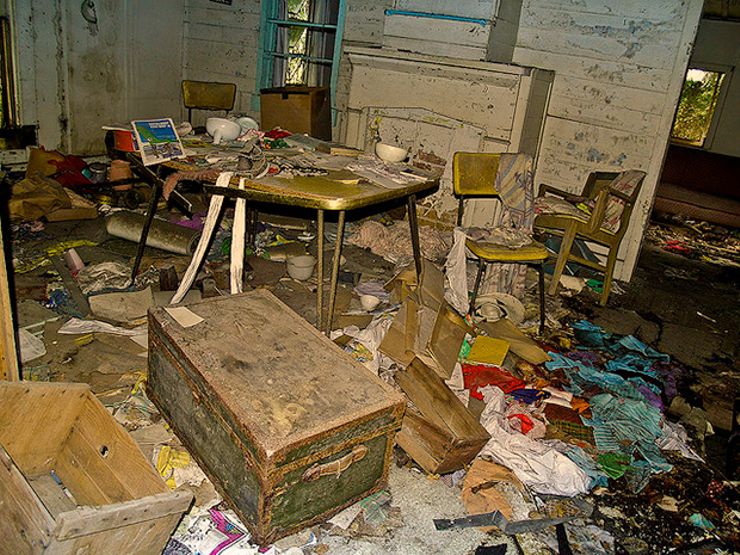 By the time we reached high school, Eddie had taken to disappearing for weeks at a time. He returned from these adventures with wild tales of life on the road: catching on with some band or other — Van Halen, maybe? — as a roadie, doing a stint as a carnival roustabout. It was always hard to sort out the truth with Eddie, but one thing was sure, he never lied about the drugs. He always did them, he always had them, and whenever he drifted back into town, he always looked me up.

Were we friends? I can’t say for sure. But whenever our paths intersected, I found myself drawn into a shadow world, Apollo to his Dionysus, Jeckyll to his Hyde.

In Stevenson’s story, Hyde wins out. In mine?

I think the answer is more complex.

The last time I saw Eddie, I ran into him at a 7-Eleven where I’d stopped to pick up a twelve of Budweiser. Eddie had had the same idea. I’d drifted into a boozy college life by then. If Eddie’s appearance was any measure, he’d drifted into something worse. He was hollow-eyed, sallow, thin to the point of emaciation. There were open sores on his face and track marks on his arms.

Want more chilling stories? Sign up for The Lineup’s newsletter, and get our eeriest tales delivered straight to your inbox.

But that sly, insinuating voice hadn’t changed, and soon enough he’d cajoled me back to his car, an enormous, decaying Mercury, a decade old. We did a few lines off the dash — I’d never done cocaine — and then we cruised the winter streets. We smoked a joint and then we smoked another. We made the Budweiser disappear. It was after midnight by then, and I had that floating face-numbed feeling you get when you’re well and truly fucked up. I blacked out for a while. When I surfaced from the dark, the clock had jumped forward an hour, and Eddie was handing me yet another joint. I took a hit and passed it to the woman in the backseat, realizing only in the dimmest kind of way that I didn’t know the woman in the shadows back there and had no memory of picking her up.

When she leaned forward to run her tongue around Eddie’s ear and said, “Let’s go up to the lake, I wanna party,” I found that I didn’t want to party anymore, especially not the kind of party she seemed to have in mind, and especially not with her. 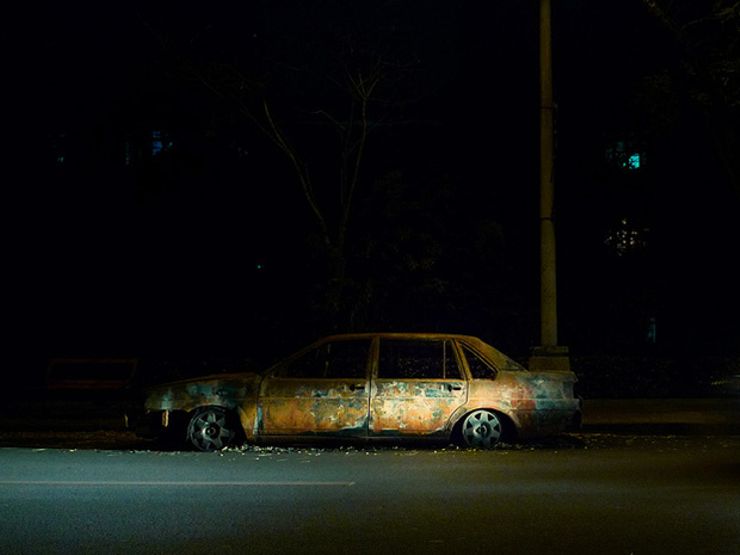 “Come on, man,” he said in that sly, insinuating voice of his. “We can both have a go. Right honey?” he said, glancing back at her, and I saw then that his eyes were dead.

And for the barest sliver of a second, I was tempted by the promise of a stolen spasm of pleasure in the threadbare backseat of Eddie’s old Mercury. Why not indeed?

And then — it was cowardice or courage — I swerved away. “Not tonight,” I said. “Just take me back to my car.”

Eddie shrugged. “Whatever you say, man,” he said.

The last thing I remember of that night is watching Eddie’s taillights wink out in the distance. I turned to unlock my car–

And after that, nothing.

I woke up in my own bed, still drunk, feeling like my skull had been cloven with an axe. I limped through the rest of the day and the day afterward. When I finally got myself together enough to go back to class, I put Eddie out of my mind. He stayed there for four years. When next I thought about him, I was married and in graduate school, and his name was on my father’s lips.

The call came on a lazy mid-January Sunday.

“I don’t want to tell you this,” my father said, “but I didn’t want you to hear it from anyone else.”

I was glad I did.

What he told me still appalls me, more than two decades later. It started with a dog: a mid-winter thaw and a German Shepherd on a morning romp, dragging home a bare human foot, half frozen and severed neatly at the ankle. The police deployed dogs of their own soon afterward, cadaver dogs, and over the next three or four days they recovered the rest of the body, or most of it, neatly dismembered — the cuts were clean — and discarded in the dense thickets and patches of scrub wood on the periphery of town.

They matched the print on a blackened index finger to that of a drifter who’d been picked up for soliciting half a dozen times in the last year or so — the kind of woman you shy away from when you pass her on the street, a gaunt, homely woman, thin as a shadow, her eyes blasted, her brain eaten up with meth. From there it was easy: where had she last been seen, and with whom?

The place turned out to be the Eight Ball Lounge, an unsavory dive on the lower east end of Main Street. The person had been Eddie Fields. When the cops showed up at his mother’s house — he’d been living there for six months or so, ever since he’d blown in from another sojourn on the road — he met them on the porch. “I figured you’d come around sooner or later,” he said, holding out his hands for the cuffs. 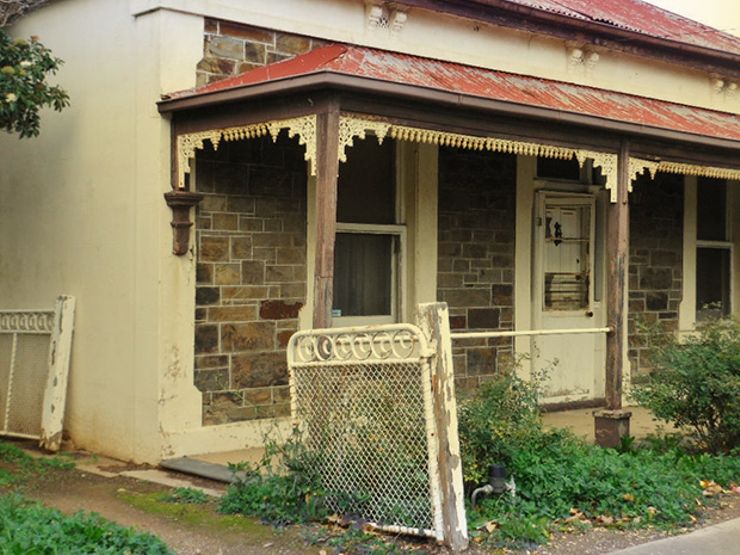 It turned out to be a simple case, a trade in kind gone wrong, nothing more. Drugs on his part, sex on hers. Christmas Eve and the night growing long, he’d bought her a drink and then another, both of them on the prowl. Eddie had a rock of crystal meth, she the promise of a moment’s warmth on a chill December night. Negotiations ensued — I can almost hear his voice, worming its way into her mind — an accommodation was reached, and Eddie squired her out into the cold.

He took her to his mother’s house — the fatal hinge upon which the whole thing turned — and there, while the old lady slept, they smoked a rock. When they were done, the other half of the bargain was fulfilled. It started in rough play. It ended in death. Eddie choked her — he was only messing around, he later told the cops — and she objected. When she began to scream, he tightened his grip. He was riding the meth rush the whole time. He didn’t want to stop and he didn’t want her to wake his mother. When he finished he found that he was fucking a dead woman.

This must have been four or five o’clock on Christmas morning, lights twinkling, presents under the tree. His mother, as old women often do, woke early. Eddie had little time to think, and he was in no condition to do so anyway. So while darkness lingered, he dragged her limp body to the shed, and burned her clothes in the trash barrel behind the garage. A festive Christmas season ensued — a week-long meth binge, sucking back smoke between drinks at the Eight Ball Lounge. By the time he pulled himself together, they’d dropped the ball in Times Square and the bowl games were on TV. He was flying, still too wasted to think.

Related: 9 Creepy Stories That Remind Us Why We Have Locks on Our Doors

He went out to the shed to find his paramour frozen solid. A circular saw took of that. He broke open a box of black lawn bags and hauled her out in pieces.

According to the newspaper, Eddie confessed all this without remorse or regret. It was a thing that had happened, nothing more. When they got ready to transfer him to the county facility — I had a high-school friend on the force — some wiseass cop unlocked the cell. “Hands behind your back, Jeffrey Dahmer,” he said, snapping on the cuffs. Eddie had always been a wit. “Hey,” he replied. “I only killed her, I didn’t eat her.”

As good a note to end on as any other, I suppose, humor black as Eddie Fields’ heart — but it has never really ended. Not for Eddie, serving out the rest of his days in the state penitentiary, and not for me, either.

I think about it in the dark, when sleep eludes me. The woman he murdered and dismembered might have been the woman in the back seat of the car that last night Eddie and I spent together — a woman wasted and desperate, trading sex for drugs. Two more tokes into the night, another line or three, and I might have wound up at the lake, as well. Who could say what might have followed? Rough play, an accident, a spate of drunken jealousy. Life turns on an instant. Jeckyll and Hyde. Who might have I become?

We were both bright kids, but he ended up in prison and I, well, I ended up here. I can’t help asking myself what made the difference. Was it that I grew up in a loving family while he grew up fatherless and alone, where people were as like to shit on the floor as in the toilet? Was it chance or was it fate, the decision to call that night a night, and choose another path? Or was it something deeper, something born to him, a dead look in his eyes, a hollow in his soul? Who is he, I wonder on those sleepless nights, and who am I? What is the line that divides us, and how thin, me from my other, from my shadow self?

*This name has been changed.

Dale Bailey lives in North Carolina with his family and has published three novels: The Fallen, House of Bones, and Sleeping Policemen (with Jack Slay Jr.). His short fiction, collected in The Resurrection Man's Legacy and Other Stories, has won the International Horror Guild Award and has twice been nominated for the Nebula Award.

Want more chilling stories? Sign up for The Lineup’s newsletter, and get our eeriest tales delivered straight to your inbox.