Creepy Drive: 6 Haunted Roads from Around the World

For most, the daily commute involves a rushed breakfast, spilled coffee, and hellish traffic jams behind the wheel. A less common complaint from commuters? First-hand encounters with the other side.

Haunting the winding roadways and desolate thoroughfares featured below are tales of tragic deaths, phantom vehicles, and restless apparitions. Those brave—or foolish—enough to venture down them, may encounter the malevolent spirit of a drowned child or a lonely woman looking for a ride, who disappears before your very eyes. 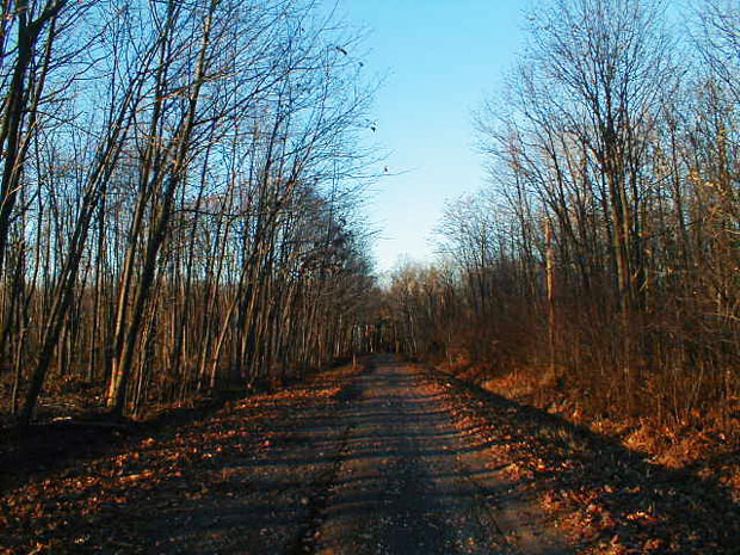 The legend of Boy Scout Lane begins with a stretch of road running through a dense wooded area, unpaved and unwelcoming. Legend has it that a Boy Scout troop met a grisly end in these woods while on a camping trip in the late 1950s or early 1960s. No one agrees as to just what caused the deaths. One version suggests the kids snuck into the woods at night, dropped their lantern, and sparked a forest fire that wiped them out. Another claims the boys became lost among the towering trees and starved to death. Yet another tells of a deranged bus driver or Scoutmaster who massacred the scouts in cold blood.

The truth is that the Boy Scouts of America once owned this track of land. They planned to build a campground, but it was never constructed. Those who travel down Boy Scout Lane today, report hearing the sound of many footsteps struggling through the brush. Some have caught sightings of red lights shining through the trees, thought to be the ghosts of lost scouts searching for a way out of the woods. 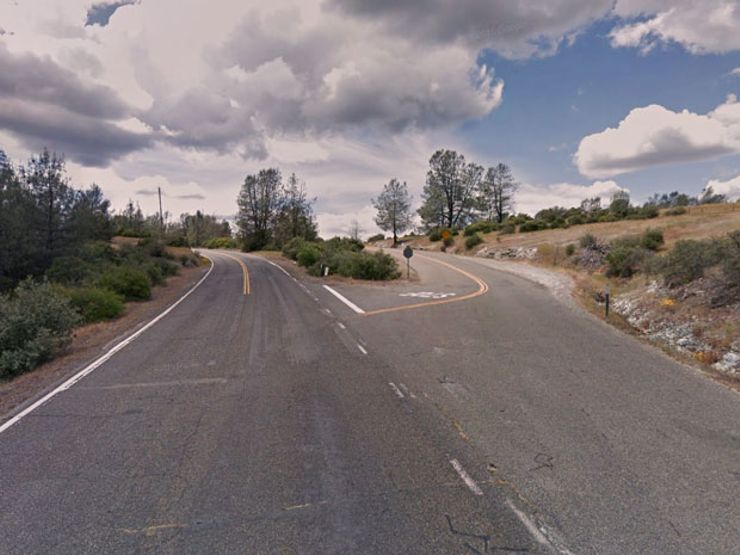 The rolling hills alongside California’s Prospector Road sit above old mines, most of which have since caved in. In some cases, the collapse reportedly occurred with miners still inside, leading to premature burials. As for the men who worked above ground during the California Gold Rush, greed and desperation cracked any moral compasses they once possessed.

Several miners struck gold along Prospector Road during the 1800s, attracting more men desperate to make it rich. Consequently, the area became a busy and dangerous place. Territorial arguments were common; if anyone came in between another man and his potential riches, they were sure to meet a bloody end. Visitors today may very well be traveling over the unmarked graves of lost prospectors. One restless soul is said to still haunt the road. He appears from the bushes at night, warning intruders: “Get off my claim.” 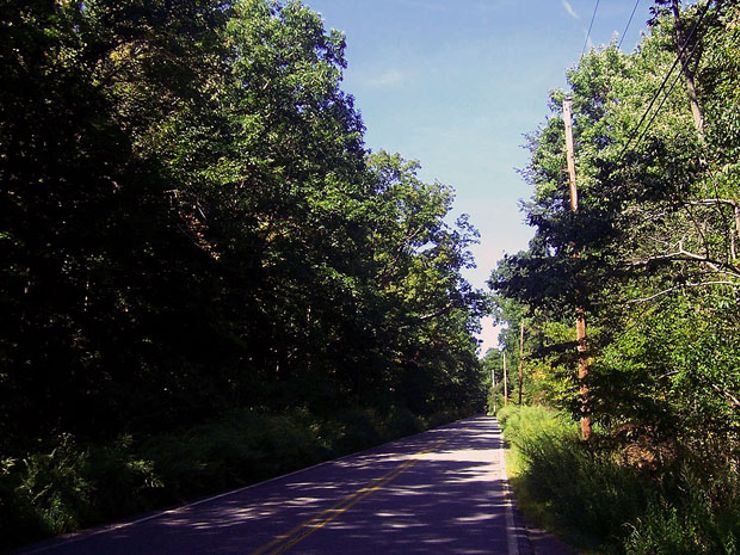 At midnight throw a coin over the bridge just past Dead Man’s Curve. Listen to it splash into Clinton Brook below. Then, slowly, quietly, take a few steps back. Legend has it that the ghost of a drowned boy will toss the coin back to you. Or worse. He may grab you by the legs and drag you down to the depths of his watery grave.

This is just one of the dark tales that haunt a winding stretch of asphalt in West Milford, New Jersey. Others involve phantom headlights taunting motorists, the mutated animal spirits of an abandoned zoo, and rumors of Satanic worship in a crumbling mansion. No wonder that Clinton Road is often called the most haunted road in America. 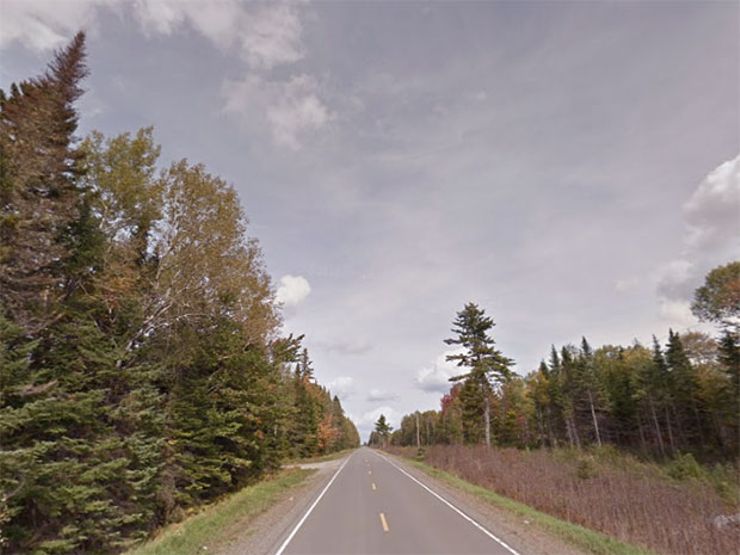 As the country song by Dick Curless says, “It’s a stretch of road up North in Maine, that’s never, ever, ever seen a smile. If they buried all the truckers lost in them woods, there’d be a tombstone every mile.” Yet what haunts Route 2A isn’t the ghost of a burly trucker barreling by at night. Instead, the specter is of a young girl wandering alone down the roadway.

The legend goes that she was hit by a truck and killed instantly during a walk along the woods in Haynesville, Maine. Records do indicate that two 10-year-old girls died on August 22, 1967 along the road. Today, motorists say they’ve seen a ghostly figure walking beside the Haynesville Woods, appearing lost and confused. Some claim to have stopped and offered her a ride, only to have the phantom passenger vanish from her seat shortly after climbing in. 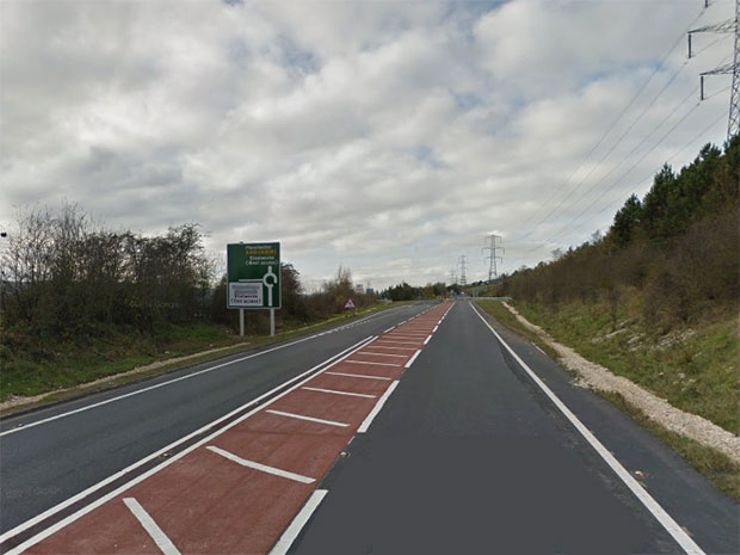 Described as “Killer Road” because of its many accidents and deaths, Stocksbridge Bypass is the site of numerous haunting tales. Some have seen children dressed in outdated clothing playing under the Pearoyd Bridge late at night. Startled, the drivers swerve to avoid the children, only to look back and see no one present. Witnesses have also encountered the eerie figure of a monk wandering the roadway. It’s said that the monk left a nearby priory many years ago. Now his disillusioned spirit wanders the road, staring at drivers as they pass. 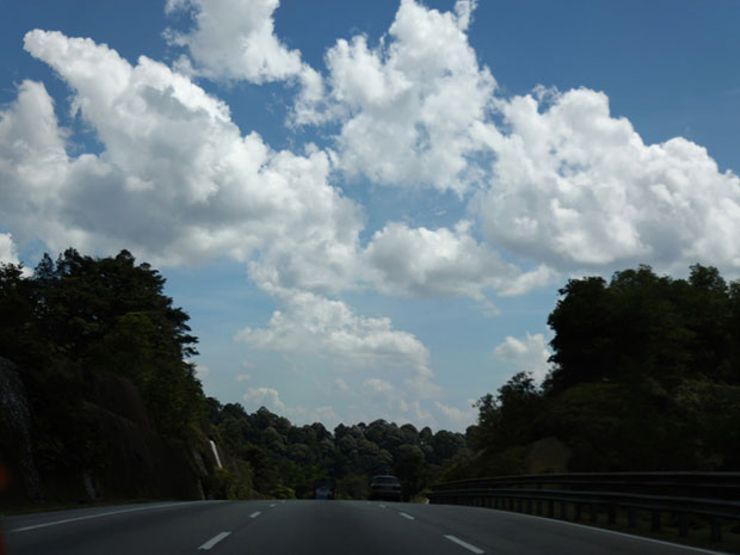 It all started with a young couple and their newborn baby driving down the Karak Highway. All was going well until the car broke down. The husband pulled over and inspected the car. He then decided to set out to the nearest phone booth, leaving his wife and new baby behind.

Hours passed and the wife grew distressed. Not wanting to abandon the car and search for her husband alone, she waited. Finally, she decided to step out, only to feel a terrible presence lurking behind her. Upon turning around she encountered the severed head of her husband propped on top of the car.

Today, the wife’s spirit is said to haunt the road in search of her husband. Other ghost stories associated with Karak Highway involve a phantom yellow Volkswagen that repeatedly appears before motorists no matter how many times they try to pass it and a young boy with bloodied eyes who wanders the roadway. If approached, the figure says he is looking for his mother.

Want more creepy roads? Sign up for The Lineup’s newsletter, and get our strangest tales delivered straight to your inbox.