UPDATES: Everything You Need to Know About the Golden State Killer Case

Dive into one of the most notorious serial killer cases in recent memory.

Update August 21, 2020: Joseph James DeAngelo was sentenced to life in prison today. The Los Angeles Times reports that a Sacramento judge sentenced him to 11 consecutive life sentences without the possibility of parole, plus 15 life terms and an additional eight years, ensuring that he will spend the remainder of his life behind bars. The sentencing followed three days of victim impact statements, which were read aloud by rape survivors and victims’ loved ones.

Update June 29, 2020: Joseph James DeAngelo has pleaded guilty to 13 counts of first-degree murder and a number of other felonies at a Sacramento court appearance today. The San Francisco Chronicle reports that DeAngelo pleaded guilty to 13 counts of murder and 13 counts of kidnapping for robbery in six different counties. The plea deal struck by DeAngelo's attorneys means he will avoid the death penalty. DeAngelo is expected to be charged with life in prison without the possibility of parole.

Video of Joseph DeAngelo Pleading Guilty to 13 Counts of Murder, via NBC News

Who is the Golden State Killer?

From 1974 to 1986, a serial rapist and murderer stalked the streets of California, taunting police and terrorizing communities from Sacramento to Santa Barbara County. Throughout his years-long spree, the prowler committed over 100 burglaries, more than 50 rapes, and at least 13 murders. He was known by many names: the Visalia Ransacker, the East Area Rapist, the original Night Stalker. Today, we know him as the Golden State Killer.

The crime spree of the Golden State Killer stands as one of the most notorious serial killer cases in recent memory—and until 2018, was considered an ice-cold case. For decades, the culprit eluded capture, baffling investigators and mystifying true crime reporters. It wasn't until April 2018 that DNA technology led to a major breakthrough in the investigation and the arrest of a prime suspect: 72-year-old Joseph James DeAngelo Jr.

Related: The Story of the Golden State Killer Is Just Beginning…

The Golden State Killer began in the mid-1970s as a thief, breaking into and vandalizing homes, scattering possessions, and absconding with personal items while often ignoring items of high value. Soon, however, his crimes escalated to rape and murder.

Authorities searched for the culprit, and communities across California were paralyzed by fear. The rapes and murders continued throughout the 1970s and into the early 1980s. Then, in 1986, the attacks seemingly ceased—and the phantom vanished into the night.

To many, the case appeared as if it would go unsolved. Then, in late April 2018, over 30 years after the killer last struck, authorities announced a major arrest in the Golden State Killer case. After entering crime-scene DNA into a public genealogical DNA database, investigators zeroed in on and apprehended an ex-police officer living in Citrus Heights, California named Joseph DeAngelo. Based on the evidence, they strongly believed that he was the Golden State Killer.

Today, DeAngelo is behind bars. On June 29, 2020, DeAngelo pleaded guilty to 13 counts of murder and 13 counts of kidnapping to commit robbery. He will likely spend what remains of his life in prison.

If you're searching to learn more about the Golden State Killer, then definitely check out the riveting resources below, which reveal everything you need to know.

Looking for more best serial killer cases? Sign up for The Lineup's newsletter, and get our most chilling investigations delivered straight to your inbox.

The first episode of Man in the Window introduces you to Bonnie Colwell. Colwell was set to marry Joseph DeAngelo’s many years ago, but broke off her engagement—for reasons listeners soon discover. You'll also meet California investigator Richard Shelby, hear harrowing survivor stories, and even listen in on chilling phone recordings of the Golden State Killer himself. For all those interested in the Golden State Killer case, and the DNA breakthrough in 2018 that led to the DeAngelo's dramatic arrest, Man in the Window is a must listen.

I'll Be Gone in the Dark

This New York Times bestseller took the literary world by storm. When true crime reporter and the creator of the website TrueCrimeDiary Michelle McNamara began writing what would become I'll Be Gone in the Dark, the Golden State Killer case was ice cold and the perpetrator remained at large. Tragically, McNamara passed away before the publication of her book in late February 2018. Then, roughly two months after the book’s release, California authorities made a shocking announcement: Joseph DeAngelo was under arrest, and based on DNA evidence, was suspected of being the Golden State Killer. In I'll Be Gone in the Dark, McNamara searches through police reports, online forums, and interviews Golden State Killer victims to gather any clues that might help her and the Golden State Killer victims. Praised for her determination, readers are sure to enjoy McNamara's quest for the truth—a search that reminds us that the pursuit of justice is never in vain. 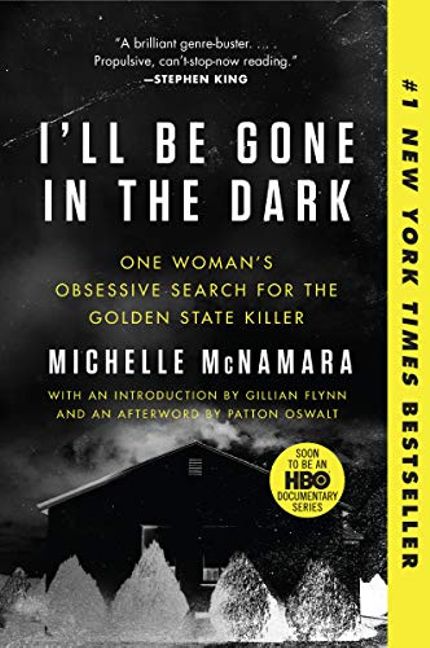 The Case of the Golden State Killer

Written by the hosts of the popular true crime podcast Criminology, this book is a retelling of the conversations Michael Morford and Michael Ferguson had on their show. Featuring interviews with the investigators assigned to the case, witnesses who saw the killer, and Golden State Killer survivors, this book covers it all. Those who enjoyed the original Criminology podcast are sure to eat up this book containing additional commentary and photos. 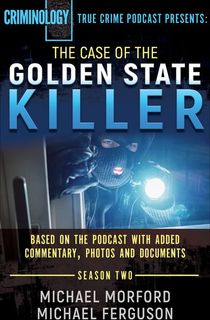 New York Times-bestselling true crime author M. William Phelps chronicles the harrowing experience of Jane Sandler, who in 1976 was brutally attacked by the Golden State Killer. Thankfully, Jane survived her ordeal. This is her story. An unforgettable account of trauma, courage, and the will to live, She Survived: Jane amplifies the voice of the victim and reveals the many ways in which Jane fought back, learning how to share her ordeal in order to empower others. 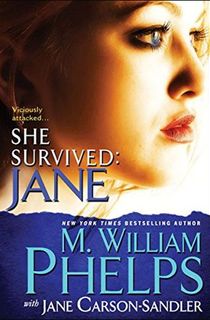 Evil Has a Name

This audiobook comes to you from Paul Holes, a Contra Costa County cold case investigator who spent over two decades investigating the Golden State Killer case. For years, Holes scoured police reports, evidence files, and police sketches in search of a predator known by many names: The Visalia Ransacker; The Original Night Stalker; The East Area Rapist; The Golden State Killer. Finally, in April 2018, upon the arrest of Joseph DeAngelo, it seemed that the monster had a name. Told through Holes' perspective, and delivering all-new information, this audiobook invites listeners to ride shotgun on the years-long search for the Golden State Killer. 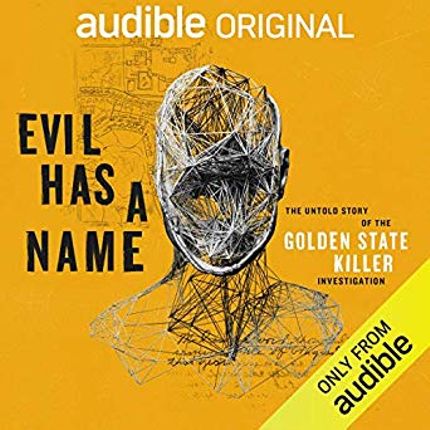 Murder on His Mind

This in-depth true crime book contains a personal spin on the Golden State Killer investigation. Anne Penn, the author of the book, explains that her grandfather’s son and daughter-in-law were murdered by the killer in 1980 when she was a young adult. Shocked by the loss, Penn sifted through years of research to create this text that examines and critiques the practices used by police to apprehend the Golden State Killer. The book’s final chapter remains unwritten as Joseph DeAngelo’s fate has yet to be determined. 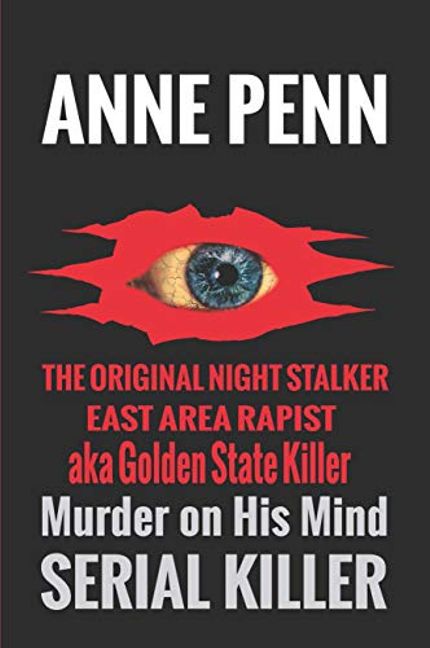 Looking for more serial killer cases? Sign up for The Lineup's newsletter, and get our most chilling investigations delivered straight to your inbox.

If reading or listening to stories about the Golden State Killer isn’t enough, then this douseries from the HLN network is sure to satisfy. The show tracks the investigation process during the killer’s crime spree in the late 1970s in the 1980s. Featuring interviews with criminal psychologists and people who personally knew Joseph DeAngelo, this series paints a profile of the case like no other.

Featuring investigator Paul Holes, author of the aforementioned Evil Has a Name, this docuseries delivers yet another in-depth examination of the Golden State Killer case. Released only a month before police found their killer, It’s Not Over offers a fascinating glimpse into a cold case that was on the verge of a major breakthrough. Hinting that DNA technology may help track down a suspect, this series is an excellent look at the moment before the arrest of Joseph DeAngelo.

Serving as a companion project to her Man in the Window podcast, this multi-part long-form report by journalist Paige St. John documents the years-long search for the Golden State Killer, capturing the personal stories and first-person accounts of investigators, community members, and Golden State Killer survivors. Rich with photos and archival footage, St. John's investigative work delivers an essential perspective on the Golden State Killer investigation and offers a revealing look at the psyche of prime suspect Joseph DeAngelo.

Related: The Most Dangerous Animal: Is the Zodiac Killer the Next Cold Case to Be Solved?

This article from the New York Times is a short summary of the efforts that went into tracking down the Golden State Killer. The text contains chilling accounts from survivors, along with interviews with police who responded to several of the crime scenes. The article is an approachable read that hits all the marks, offering a solid overview of the Golden State Killer's crime spree and eventual arrest of Joseph DeAngelo.

This article from The Washington Post spotlights some of the worst details of the 171-page warrant for the Golden State Killer suspect. During his horrific crime spree, the Golden State Killer tormented potential victims for days by making disturbing phone calls or leaving threatening messages. On the nights he broke into their houses, the killer woke up owners with a gun aimed at their heads. All of this and more is discussed in this engrossing article that will chill readers to the bone.

The identity of the Golden State Killer remained unknown for decades until 2018, when DNA technology delivered a major breakthrough in the case. This article from Wired examines the science behind that breakthrough and how it can be used in future cases. In addition, the article unpacks uneasy questions about privacy and surveillance as it relates to DNA investigations in the digital age. All those interested in the forensic side of the Golden State Killer case, definitely check out this article.

Looking for more serial killer cases? Sign up for The Lineup's newsletter, and get our most chilling investigations delivered straight to your inbox.

This post is sponsored by Wondery. Thank you for supporting our partners, who make it possible for The Lineup to celebrate the true crime you love.