EXCLUSIVE: Poster and Trailer Reveal for Blonde, Beautiful and Dead

The documentary blows a foghorn on the murder that inspired Twin Peaks.

In the summer of 2020 it was announced that the intersection of true crime and Twin Peaks fans have something really exciting to look forward to, and The Lineup has some exclusive info on it.

Blonde, Beautiful and Dead, a documentary directed by Benjamin Alfonsi and produced by Metabook Entertainment, will be released in late 2022, and is based on the book Murder at Teal's Pond: Hazel Drew and the Mystery That Inspired Twin Peaks, set to be released on Dec 7, 2021. The book takes an extensive look at the murder of Hazel Drew and is written by David Bushman and Mark T. Givens, with a forward by Twin Peaks co-creator, Mark Frost.

“I feel fortunate to have such incredible source material as this book, Murder at Teal’s Pond, to work with," said Blonde, Beautiful and Dead director Benjamin Alfonsi. "David Bushman and Mark T. Givens have constructed a true crime thriller for the ages that I hope the documentary will bring to life in a cinematic and unexpected way.”

Watch a trailer for the doc, and take a look at the official poster below.

Sign up for our newsletter so you can always be the first to know!

Murder at Teal's Pond: Hazel Drew and the Mystery That Inspired Twin Peaks 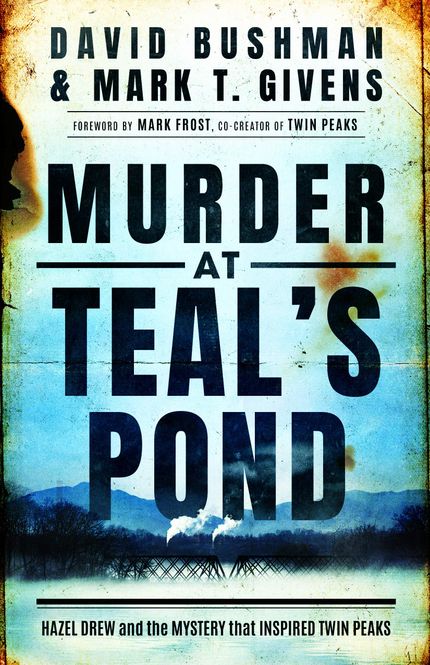 Twin Peaks, which first aired on April 8, 1990, was created by David Lynch and Mark Frost. The original two seasons of the show, as well as the prequel film Fire Walk With Me (1992), and 2017 Showtime return season, center on and spin around the death of a troubled blonde high schooler named Laura Palmer (Sheryl Lee). The first season of the original series asked the question "who killed Laura Palmer?" Now, so many years later, Murder at Teal's Pond and Blonde, Beautiful and Dead will ask, and answer, another question ... who was Laura Palmer based on? And what the hell happened to Hazel Drew?

“The first true crime story that captivated me as a kid, the Hazel Drew murder draws you into a nexus of power, money and sexual politics that feels utterly contemporary,” Mark Frost said in a quote to MovieMaker in 2020, when the projects were first announced.

She may be dead ... but the plastic is coming off.