These true crime accounts are the stuff of nightmares.

As obvious as it sounds, one of the most terrifying things about true crime books is the simple fact that their subjects are (or were) real. With detailed research and expert analyses, they not only tell us that these crimes happened, but they also expose the psychology of real, not fictional, evil. In a sense, they confirm our worst fears: Our childhood monsters do exist, though they've taken forms our younger selves could have never imagined.

In the world of disturbing true crime books, there are a few standouts that deserve your attention. From Ann Rule’s famously intimate Ted Bundy memoir to the lesser-known case of Jeffrey MacDonald, these reads will give you the sort of skin-crawling chills that will keep you up ‘til dawn.

Journalist Tim Cahill explores the dark and disturbing world of serial killer John Wayne Gacy in this meditation on the evils that hide in plain sight. Known as the Killer Clown of Chicago, Gacy is responsible for 33 murders, and likely more. Cahill dives deep with the help of the television reporter who covered the case, building a narrative of Gacy’s violent upbringing and five-year killing spree. Told from the point of view of the psychopath himself, Buried Dreams is a chilling account of one of the most notorious murderers of all time. 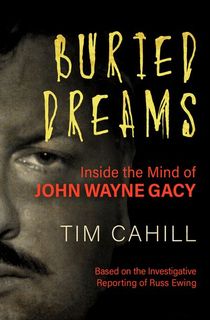 Anchorwoman Diane Newton King had just stepped out of her parked car, her children still in the backseat, when a sniper gunned her down. The question on everyone's mind: Who in the world would want to kill this innocent woman? Police initially set their sights on King's stalker, though the investigation went cold. In this overlooked entry in the true crime annals, journalist Lowell Cauffiel captures the terror that gripped King’s hometown of Battle Creek, Michigan. Its thrilling conclusion—in which the identity of the murderer is finally revealed—will shock you. 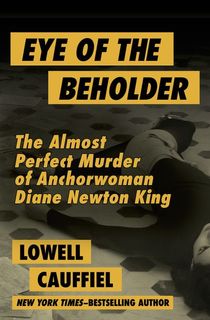 Perhaps the most groundbreaking book in the true crime genre, Truman Capote’s “nonfiction novel” centers on the senseless 1959 slaying of the Clutter Family in Holcomb, Kansas. After reading about the quadruple murder in The New York Times, Capote traveled to Holcomb with plans to write a short piece for The New Yorker. But after spending time in the town, learning of the case’s grisly details, and meeting the accused murderers Richard “Dick” Hickock and Perry Smith, Capote knew he had enough material for a book.

Due to his unprecedented access to the murderers, Capote was able to capture some of the most chilling details about the crime. It was a robbery gone wrong; the Clutters didn’t have to die: “I thought he was a very nice gentleman,” Smith told Capote about Herb Clutter, “I thought so right up to the moment I cut his throat.”

The book, which was published in 1965, ultimately took six years to complete, and Capote’s close relationship with Hickock and Smith took an emotional toll. Though he died in 1984, In Cold Blood was the last full novel Capote ever wrote. 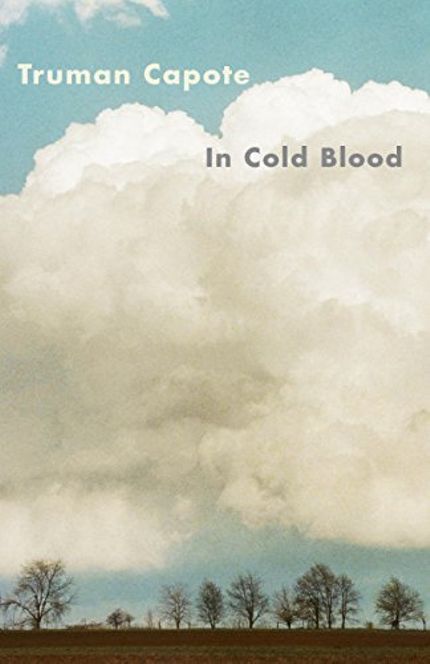 In Cold Blood was an instant success upon its release in 1965, becoming the best-selling true crime book in publishing history. That all changed in 1974, when Vincent Bugliosi’s book on the Charles Manson trial knocked Capote’s work off its pedestal. With over 7 million copies sold, Helter Skelter remains the best selling true crime book to date.

In the summer of 1969, the country was terrified by the Manson family murders. Seven people were killed, including the actress Sharon Tate, who was nearly nine months pregnant. Bugliosi’s book chronicles the rise of Manson and his ability to manipulate his “family” through provocations about a race war in America. It also comes with gruesome details and crime scene photos, for those looking for a truly disturbing read. 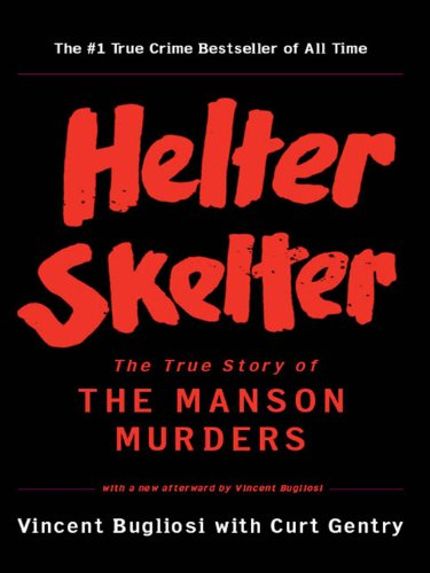 Ann Rule’s powerful 1980 true crime memoir, The Stranger Beside Me, centers on her relationship with serial killer Ted Bundy. While volunteering at a suicide crisis hotline, Rule met Bundy, and the two became friends. Several years later, Bundy was accused of a series of murders at the Chi Omega sorority at Florida State University. Rule struggled to reconcile the charming volunteer from the crisis center with the serial murder suspect in the courtroom.

The updated version of the book, published in 1989, includes more details about the trial and Bundy’s execution, like the “near-miss” interactions between the murderer and other women. But what makes this book so chilling is the fact that the stranger beside Rule—who wasn’t even a stranger, but a friend—was a monster who confessed to killing at least 36 people. 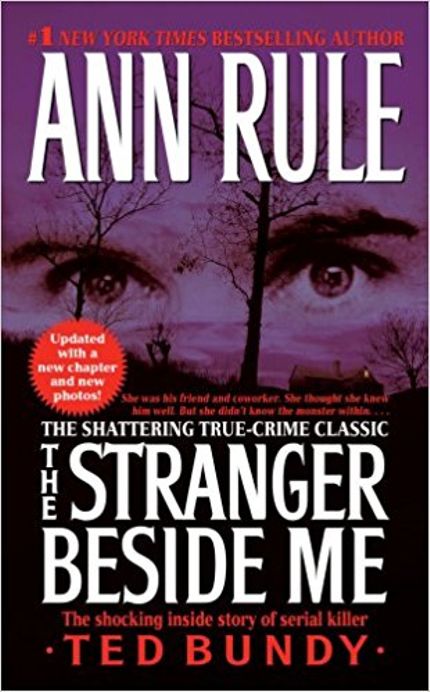 In 1970, Colette MacDonald and her two daughters were brutally murdered in their North Carolina home. Colette, who was pregnant at the time, was clubbed and stabbed 37 times—21 times with an ice pick and 16 times with a knife. Her 5-year-old daughter Kimberley was stabbed 10 times, while two-year-old daughter Kristen was stabbed 33 times. The main suspect? Colette’s husband and the girls’ father, Jeffrey MacDonald.

MacDonald was convicted of the murders in 1979. Yet he maintained his innocence, claiming that the slayings were committed by a roving band of hippies (similar to the Manson murders, the word “pig” had been scrawled on the headboard of Colette’s bed). MacDonald hired Joe McGinniss to write a book on the case, with the hope that the journalist would set the story straight. McGinniss, however, was far from convinced of MacDonald’s innocence—his 1983 book Fatal Vision effectively supporting the conviction. MacDonald sued McGinniss for what he thought was an unfair portrayal, triggering a decades-long legal dispute. To this day, MacDonald remains in prison. 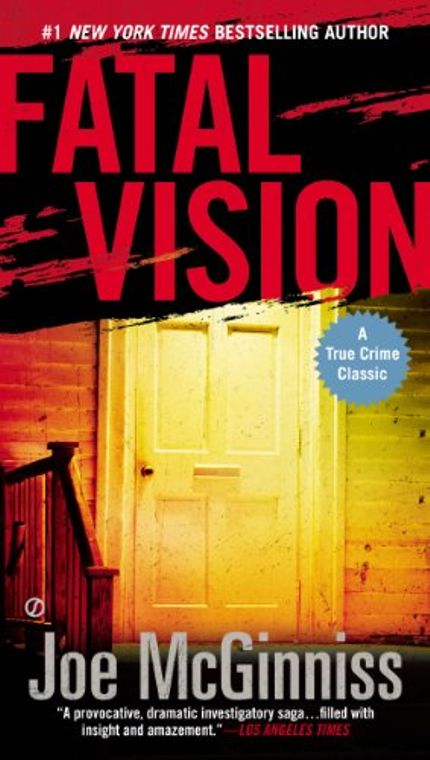 It’s difficult to imagine a world before April 20, 1999, when school shootings were not the norm. Sadly, Dave Cullen’s 2009 investigation into the massacre at Columbine is as relevant as ever.

Cullen chronicles the events leading up to the murders, using primary source material like journal entries, interviews, and police reports. But what’s most fascinating about this book is that it dispels many of the rumors surrounding Eric Harris and Dylan Klebold. While the media portrayed both killers as freaks and outsiders, Cullen tells a different story: Harris and Klebold were apparently popular at school, and had lots of friends. They attended school dances and social events like typical high school students. That the pair planned their massacre up to a year in advance while living seemingly normal adolescent lives makes their 1999 assault all the more disturbing. 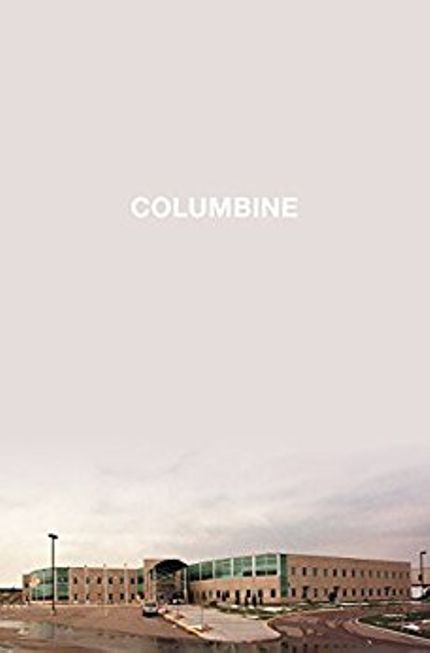 Jon Krakauer, the celebrated author of Into the Wild, takes an entire religion to task in his investigation into the 1984 murder of a mother and her infant daughter by her brother-in-laws. Both men were extremist Mormons who believed they were under strict instructions from God to kill.

Krakauer explores the dark and violent history of the Mormon faith in hopes of unraveling the crimes, focusing on the religion’s beginning in the mid-1800s of American West, where Mormons were under attack from both the U.S. Government and the Native American population. Tracing the roots of Mormon fundamentalism to the modern-day extremism of the Lafferty brothers, the author creates a gripping account of American violence and fundamentalism. 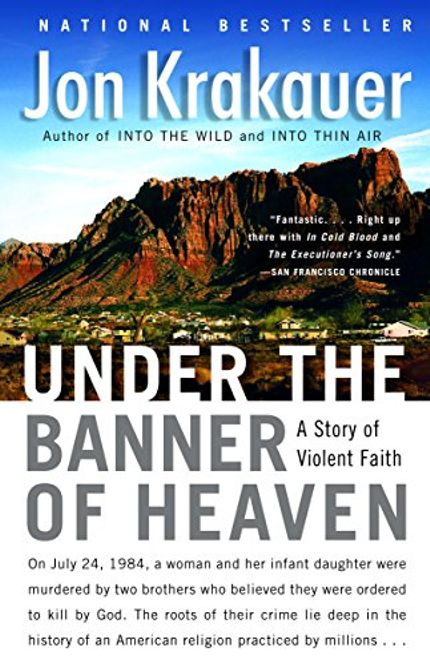